Mega Man X is the first in the X series of Capcom’s Mega Man franchise. Not to be confused with Mega Man 10, X was released on the 16-bit console, the Super Nintendo. The game was an expansion of the traditional run-and-shoot mechanics famous in the original Mega Man series, featuring a few upgrades. This time, Mega Man X has gone through an upgrade itself, moving from the console to the hands of iOS gamers with Capcom’s re-release of Mega Man X for the iPhone, iPad and iPod Touch. 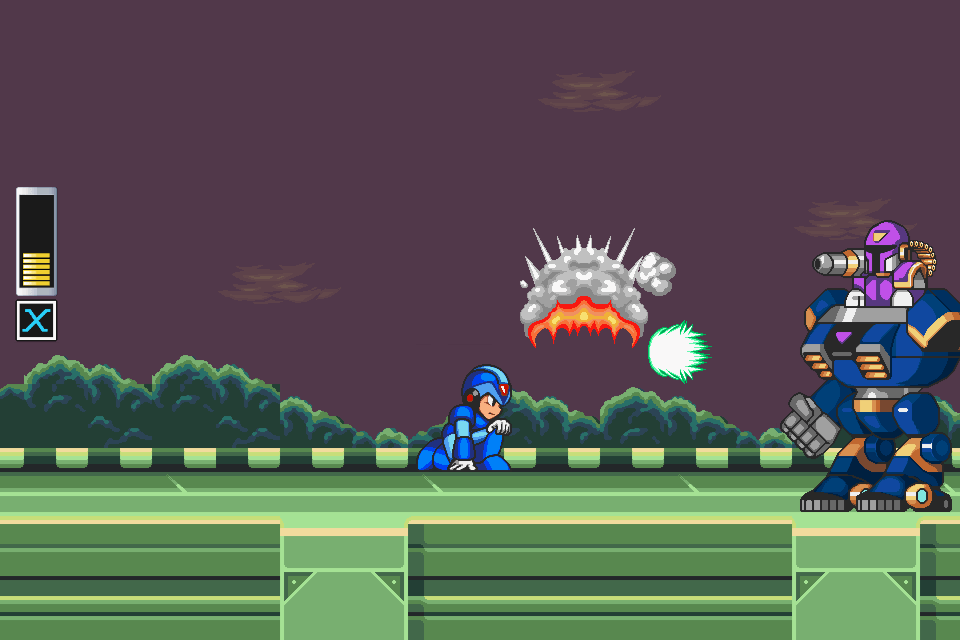 One of the best things about Mega Man X is the amazingly simplistic means of story telling. The story begins with a single text based screen outlining the basic plot. It’s the year 20XX and self-aware robots called Reploids have been created. Man and robots now peacefully co-exist. However, there soon became a rise in crime involving Reploids – these criminals are called Mavericks. Special organisations were formed to combat these Mavericks – they became known as Maverick Hunters. Their commander, Sigma, became corrupt and turned Maverick himself. Enter the Maverick Hunter know as X. This single screen, and the final scrolling text which gives closure to the story, are essentially the only means of narrative. Once you pass this, it’s all up to the gameplay to push this brief, yet engaging narrative forward and keep you playing. 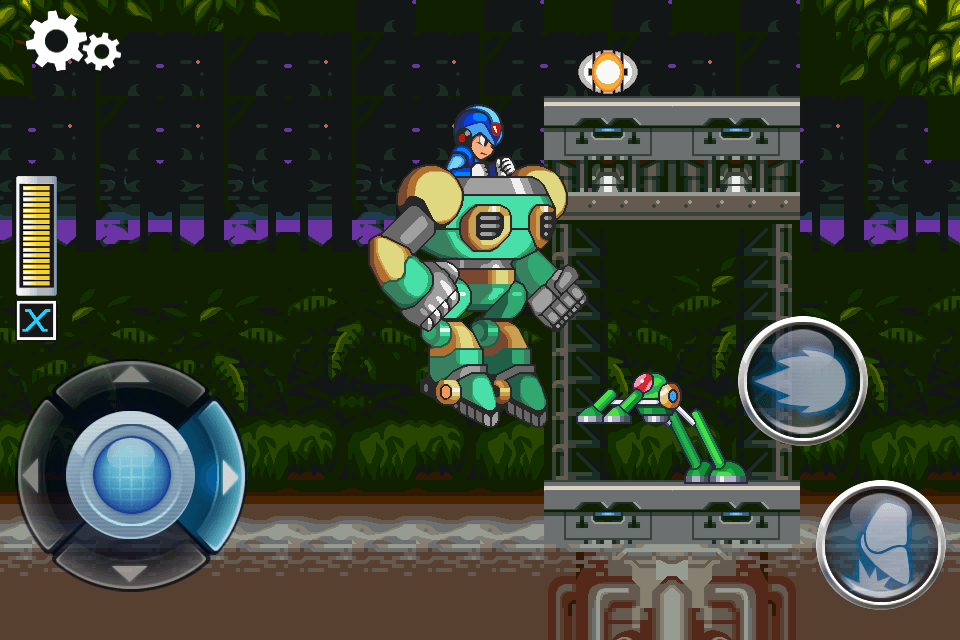 Being a remake, I am sure many of you are already familiar with the gameplay of Mega Man X, or at least Mega Man as a general franchise. The essence of any Mega Man game is simple – jump and shoot. But how does this seemingly simple mode of control transfer from a multi-buttoned control, to the tactile-less touch screen of the iPhone? Not remarkably well I am afraid. The directional pad can become a little unresponsive, especially when performing wall kicks – not to mention the on screen controls can become slightly obstructive. Eventually, it’s easy to get the hang of – especially if you’re a frequent player of arcade/retro games turned iOS. The problem is that Mega Man X is a game that screams to be button controlled. Thankfully, there is the option to configure the on screen controls to whatever you like – making the transition from button to, well, no-button, a little easier.

There are two gameplay modes within the game – Story Mode and Ranking, both 12 levels to navigate though and gain power-ups like extra armor or even the famous Street Fighter move the Hadouken, as well as heart increases and subtanks to replenish life and weapon fuel. Weapon upgrades are much easier to find, as they come with defeating a Maverick at the end of any level – ranging from flamethrowers to homing missiles – each of which can prove to be super effective against the right enemy. The mechanics are amazingly simple to pick up, with an introduction level allowing for a steady learning curve. Varying difficulties for both game modes makes it an easy game for anyone to pick up and start blasting away. Keep in mind, once you start, you will easily spend hours replaying levels. You’ve been warned. 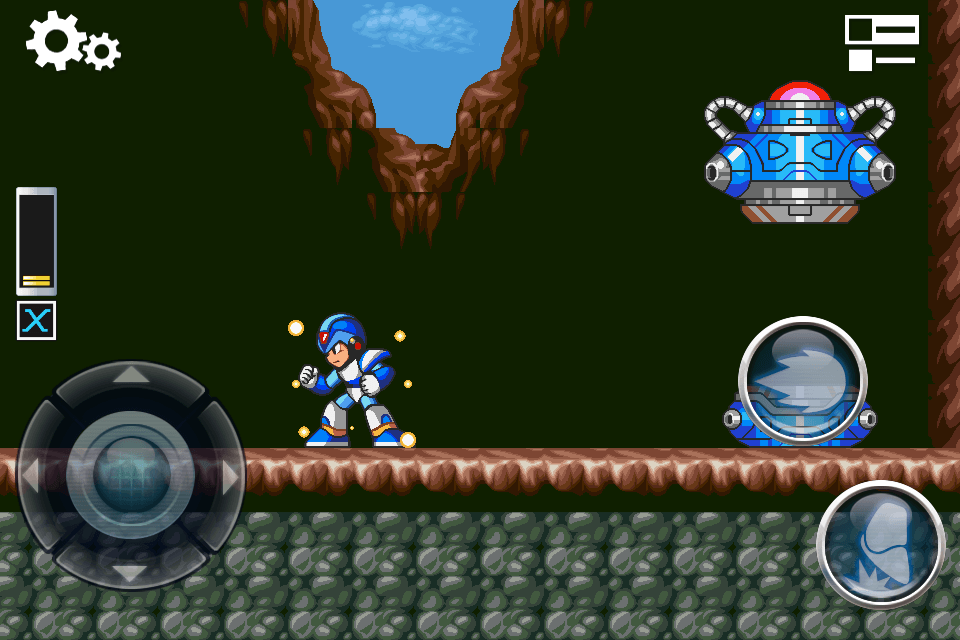 Mega Man X first appeared as a 16-bit character, jumping and shooting across our television screens so many years ago. For many, this pixelated little character is the Mega Man they know and love. However, if you purchase Mega Man X for the iPhone, this is not the Mega Man you will get. Capcom have graphically revamped the game – creating a visually stunning game optimised for the screen of the latest iPhones. As updated visually as Mega Man X for iPhone is, Capcom have still retained the original feel of the game, a bonus for those who enjoy ‘retro’ gaming on their iOS device. The characters are all still the same, retaining all of their charm, and the backgrounds are as detailed as they can possibility be while remaining true to the original game. The only problematic thing would be the segmenting of levels across multiple ‘screens’. The original title was a fluid side-scrolling game – yet the iPhone version has the levels broken into smaller side-scrolling levels with small loading between sections. The difference is negligible and may only bother those who remain 100% loyal to the original title. 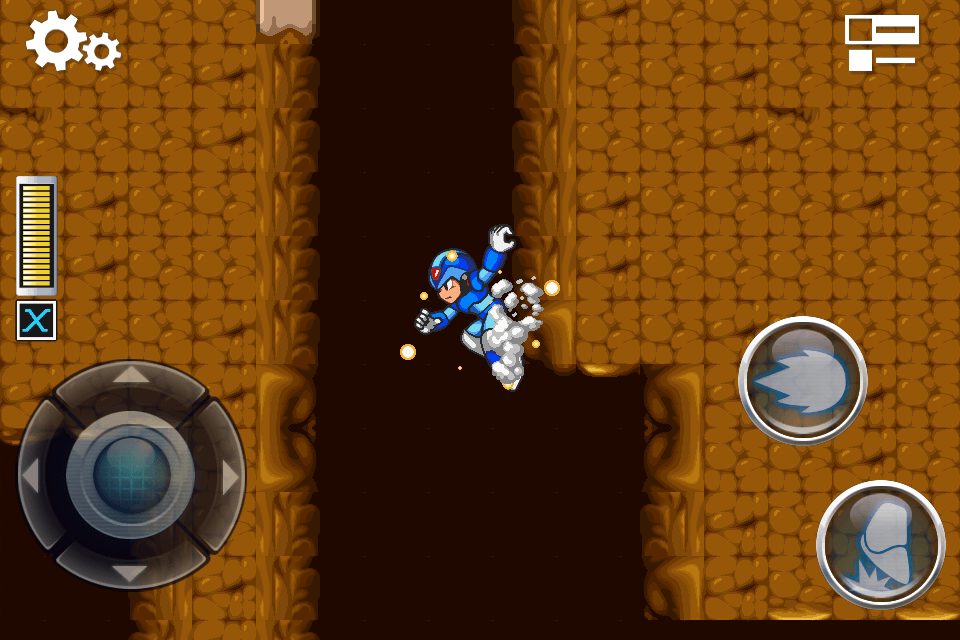 Megaman X for the iPhone has, without a doubt, flawless audio. The soundtrack is the perfect mix of adrenaline pumping music with that nostalgic tweak that only comes from a sound chip(well, not in this case, but it’s damn close!). The sound effects are kept to a minimal – with each level having it’s own unique soundtrack. The level’s music is not determined by the theme, or the type of the boss, but rather just different variations between similar scores. Regardless, this is definitely an iOS game you will play with the sound on. 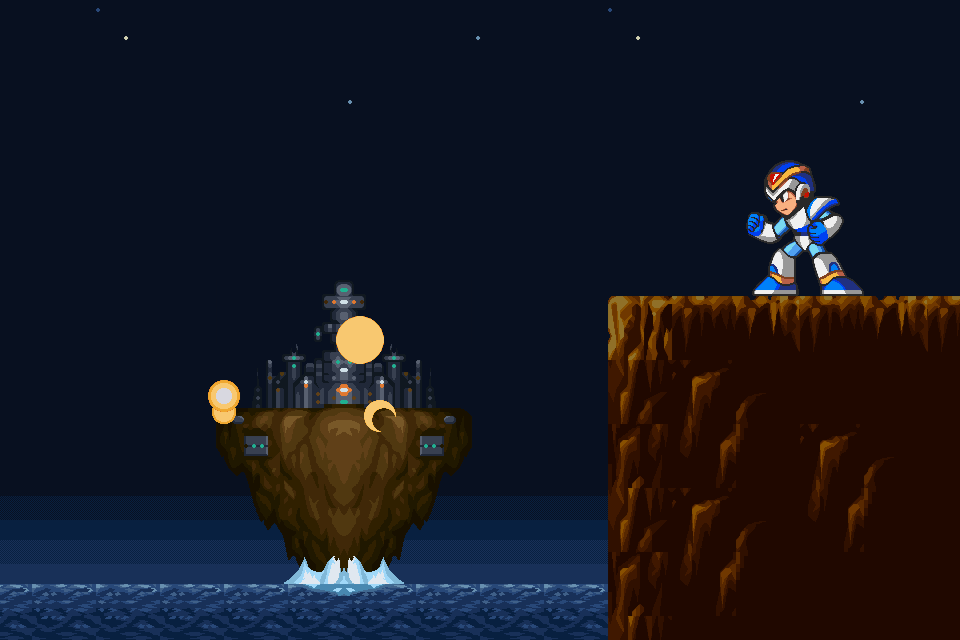 Despite the segmenting of levels, and the often slightly awkward controls, Mega Man X is a highly addictive iOS game. The arcade style run-and-shoot mechanics, with dual buttons for tapping lend themselves well to the iPhone. While the original Mega Man X for the Super Nintendo was slightly better mechanically, the iPhone version has it beat in terms of graphics and audio. Overall, the title is almost, if not on par with the original title, and it’s fantastic. It seems that Capcom has transferred the game over for old fans and a new generation of fans-to-be. We can only hope we see more titles like this ported over.