The Blue Bomber is Back 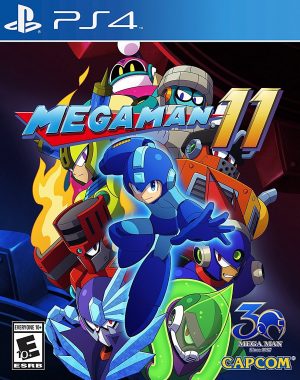 Mega Man has been through a lot over the years. The blue bomber has been revived, cancelled, and at the center of conversation due to how passionate his hardcore fans have been. With that fanfare comes Mega Man 11, Capcom’s most recent entry that looks to bring the hero back to form in an experience close to the roots of the franchise. No longer in a “true” 2D realm, can Mega Man still provide enough substance for relevancy this generation? Let’s find out. 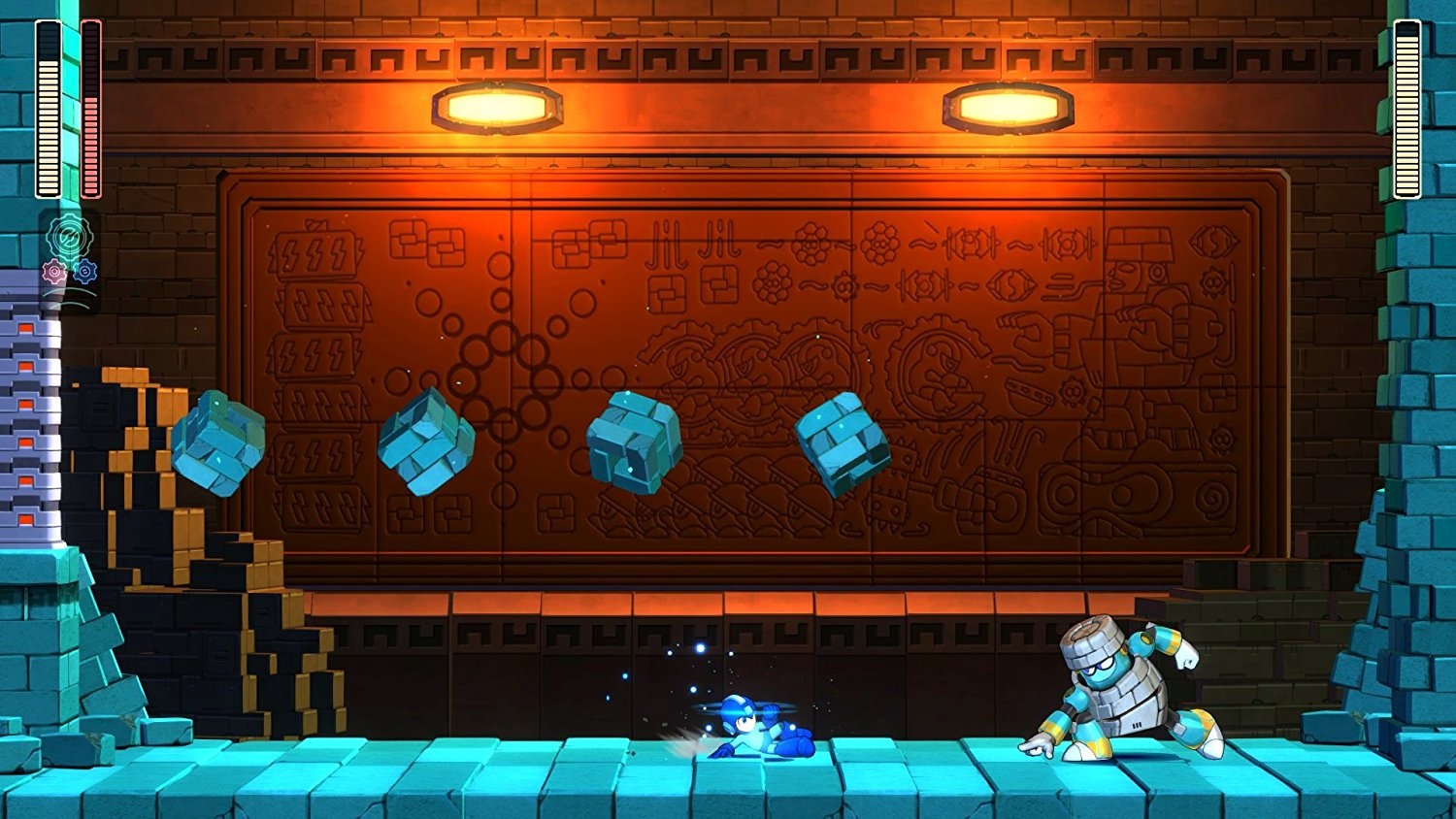 It is a true return to form for the narrative within Mega Man 11 as Dr. Willy returns yet again with eight new bots and a brand new scheme. Utilizing technology that was created with Dr. Light years ago dubbed the Double Gear System, our antagonist now has access to foes with forbidden technology, so it is up to Mega Man to use that power against him and save the world yet again with a few new tricks. As usual, the plot is secondary, but long-time fans are sure to love the familiar vibes this little journey has to offer as there is still enough quirk and camp to provide a chuckle during this intense journey through each Robot Master’s realm. 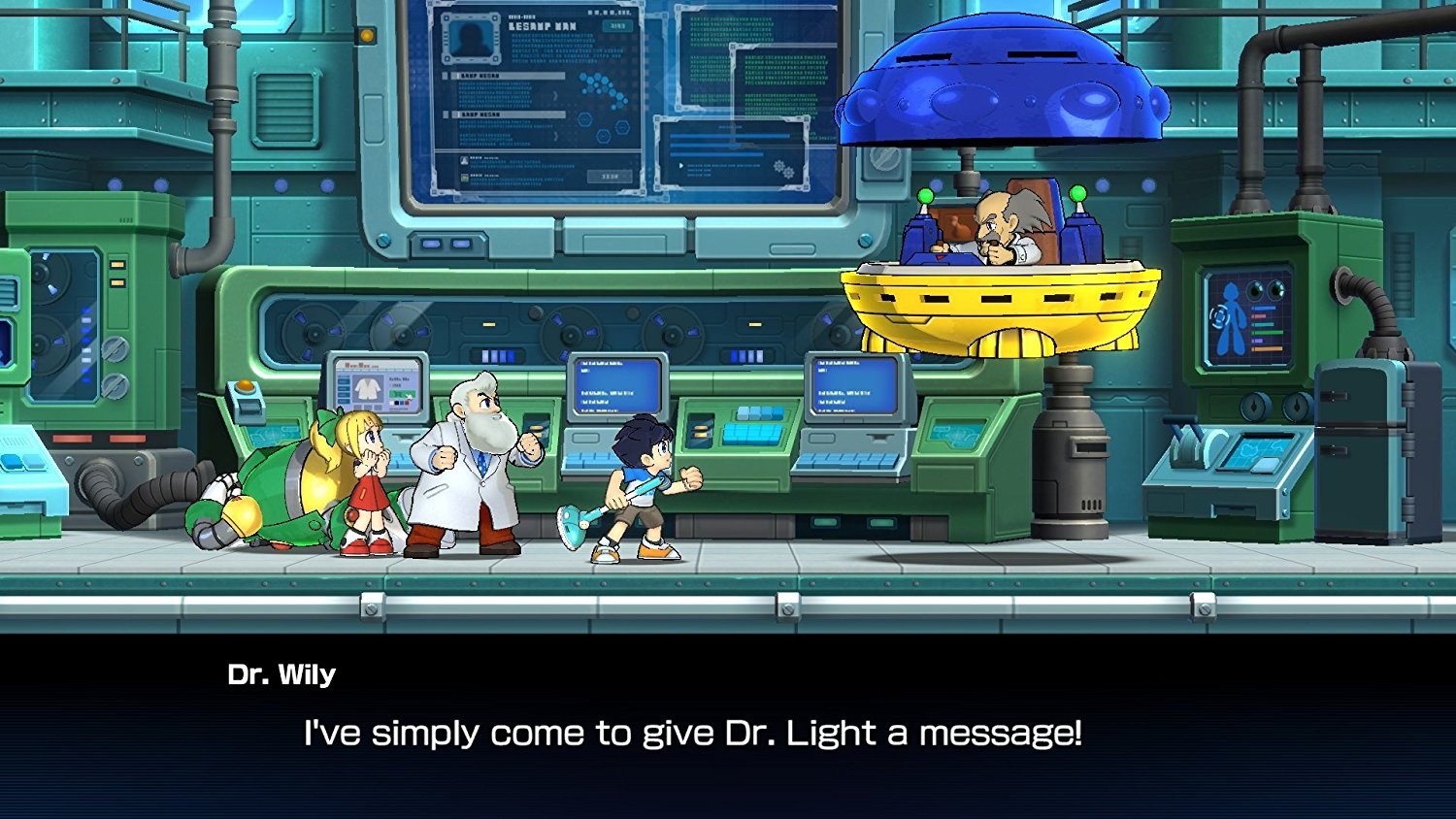 The formula for Mega Man 11 really hasn’t changed too much over the years. We still have eight different bosses, with one Robot Master set at the end of each stage that must be defeated and have their tech absorbed so Mega Man can get a needed boost to progress. Of course free will is also still a thing, as players can go about this adventure to their own liking, choosing the stage that would provide the best rewards to move forward. With that said, this game does not hold back and has a steep learning curve to newcomers. It isn’t surprising to find out that this is a difficult experience, as Mega Man has always been a trial and error experience since its birth. This time however, stages are much more unforgiving, to the point that it can make one question if the game is set with an artificial level of difficulty in order to prove challenging to veterans. 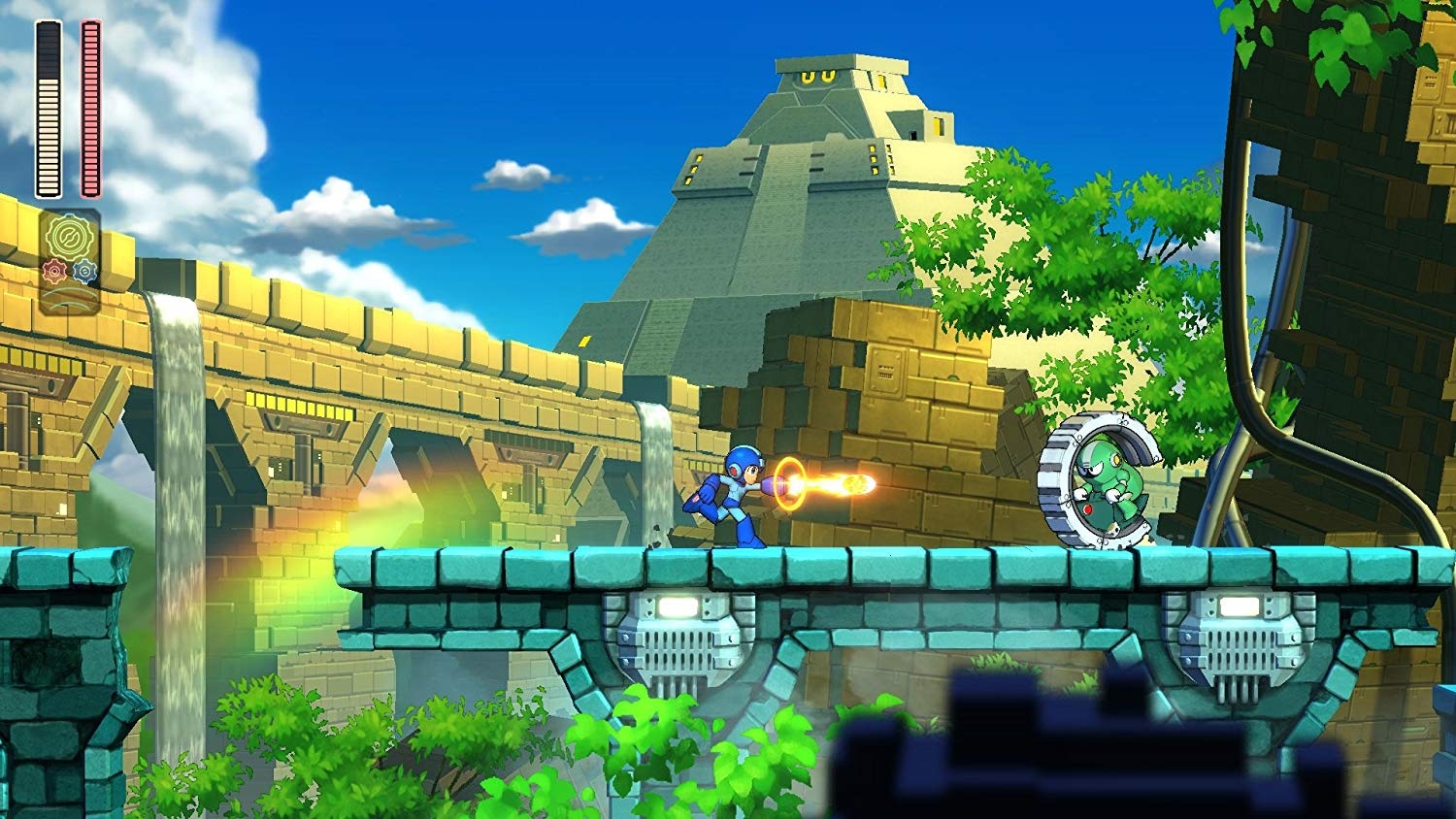 There is no doubt that the gameplay generally feels the same as platforming requires players to use proper timing, precision, and be fully aware of their environment if they ever want to move forward during the game. At times, even on “Newcomer”, this feels less natural than past entries, as some hazards cause death so quickly it can be down right maddening, as if the environments themselves are not fully compensating the particular foes on the screen. That isn’t really a complaint as much as it is an observation, as I legitimately enjoyed the fluidity that the game offered. It can be satisfying chaining together foes and tackling mid-bosses that are fun. Sometimes however, the checkpoints provided seem a bit out of balance with the stage, meaning most players will be restarting from earlier points – even after surpassing what may have already been a difficult portion of a stage. 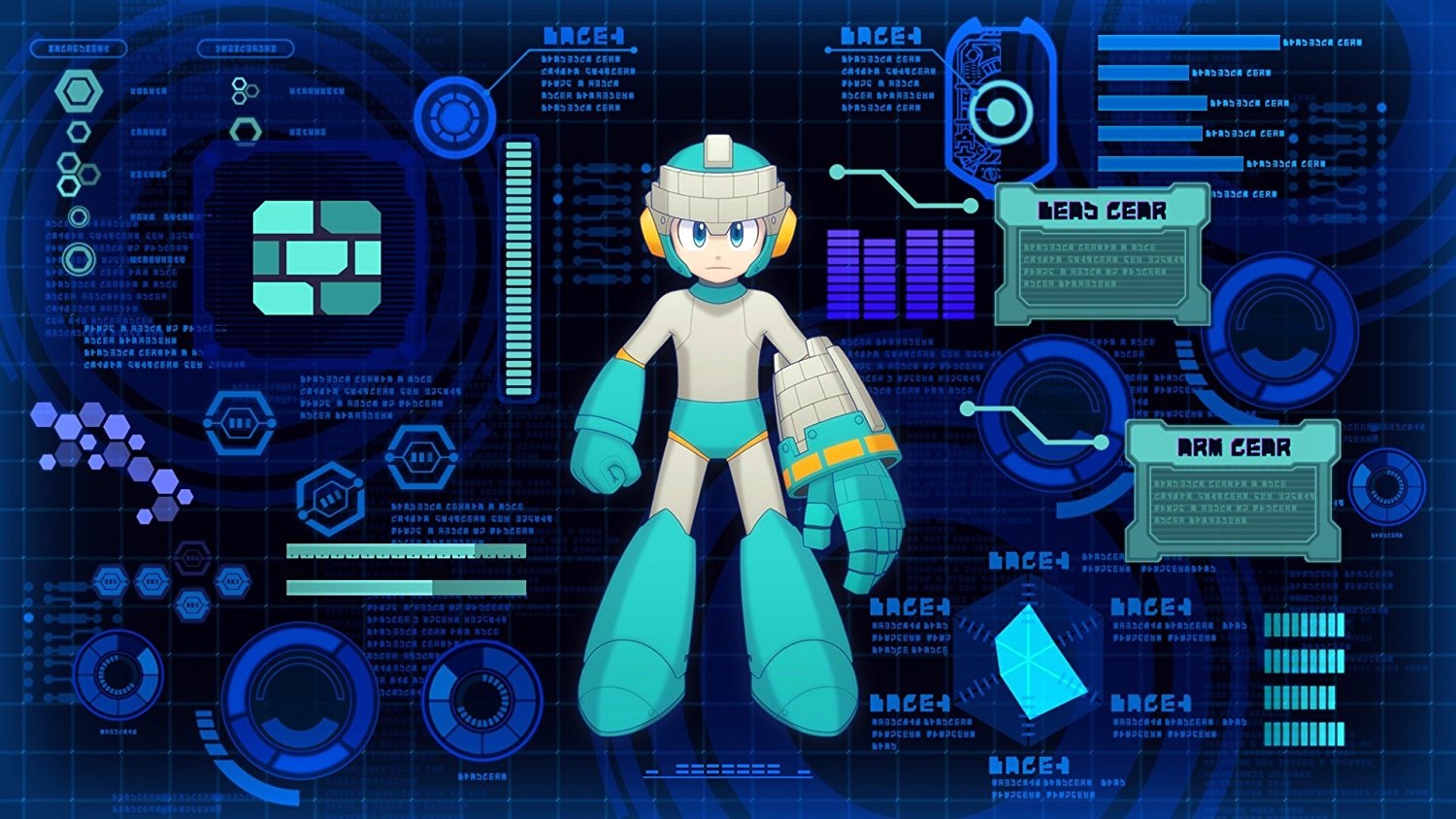 The most interesting mechanic comes new to this franchise, which is the tech known as the Double Gear System. This allows Mega Man to utilize specific techniques with greater power for short bursts, overcoming hard obstacles with a bit more ease. This also plays well into the timing, as if you use the Speed Gear at the wrong time, it can end in a quick death. The Power Gear adds a nice shot as well, but also weakens our hero after use – so true strategy is needed in order to move onward successfully with these additions in tow. The bosses themselves are mostly great. In particular, Acid Man may be one of the finest battles within the game outside of a few brilliantly place mid-bosses, as the meet-up offers one of the funnest encounters we have had in a while that is sure to test even the most seasoned of vets.

The big changes may come more visually. Now in a 2.5D realm, Mega Man 11 takes advantage of our own need to upgrade visuals and adds a lot of color and animation to the experience, which mostly proves to be stunning. I can say that Mighty No. 9, which was flogged by fans for its visuals has a lot in common with this aesthetic, but 11 has a lot more color and general detail within its worlds, which definitely makes it feel far more refined and pleasant to look at. 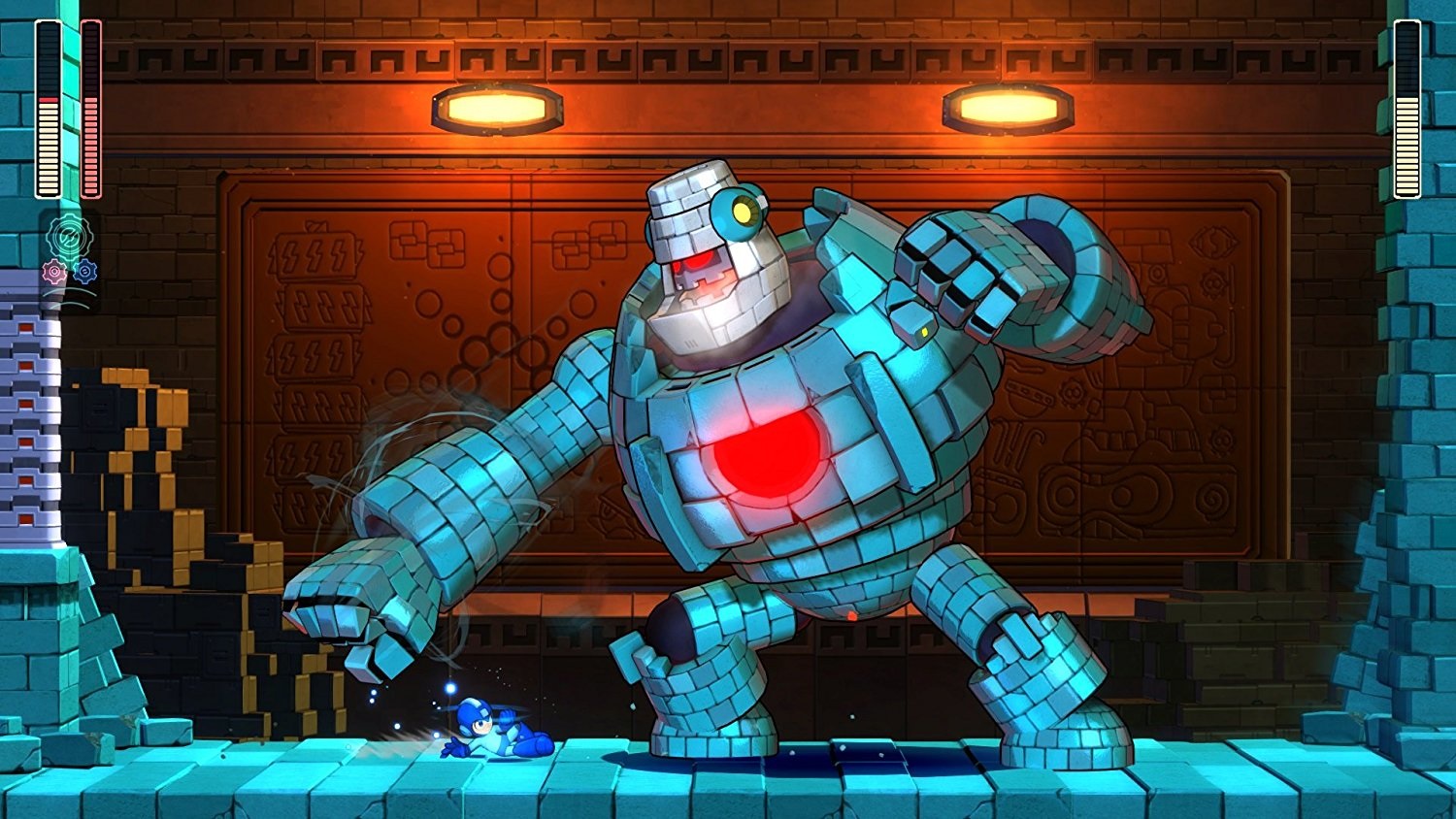 The soundtrack is pretty great. Sure, we may not have reached the same quality as legendary titles like Mega Man 3 in terms of music, but I definitely can say that the beats within are both as memorable and pleasant as any of the entries within the past decade, so fans can at least know that there is something for long-time usage to savor here. The sound effects are equally impressive, with familiar chirps and effects creating a familiar atmosphere for players to parade in. Should the sound of 11 gotten a bit more of a modern upgrade to match the visuals? Sure, but what is here is fine, and most will more content with the melodies and general audio staying close to the roots of the main line of games.

Mega Man 11 brings back our hero to modern platforms, and Capcom’s efforts can be applauded as there is a great adventure here that lives up to the namesake. While the difficulty can feel padded or even artificial at times, the feel of the overall experience certainly captures the same magic we would expect, and delivers Capcom’s prime mascot in mostly true form. Mega Man is one of those mascots that I feel we have had that doesn’t need a new release to stay relevant. With the release of his character in Smash and the amount of outcry fans have had to simply see the blue bomber and friends again, it is obvious his existence no longer is dependent in his past work. However, there is a decent game here and while it will not make Mega Man greater, it does offer a nice bit of new content to a franchise without doing any damage.