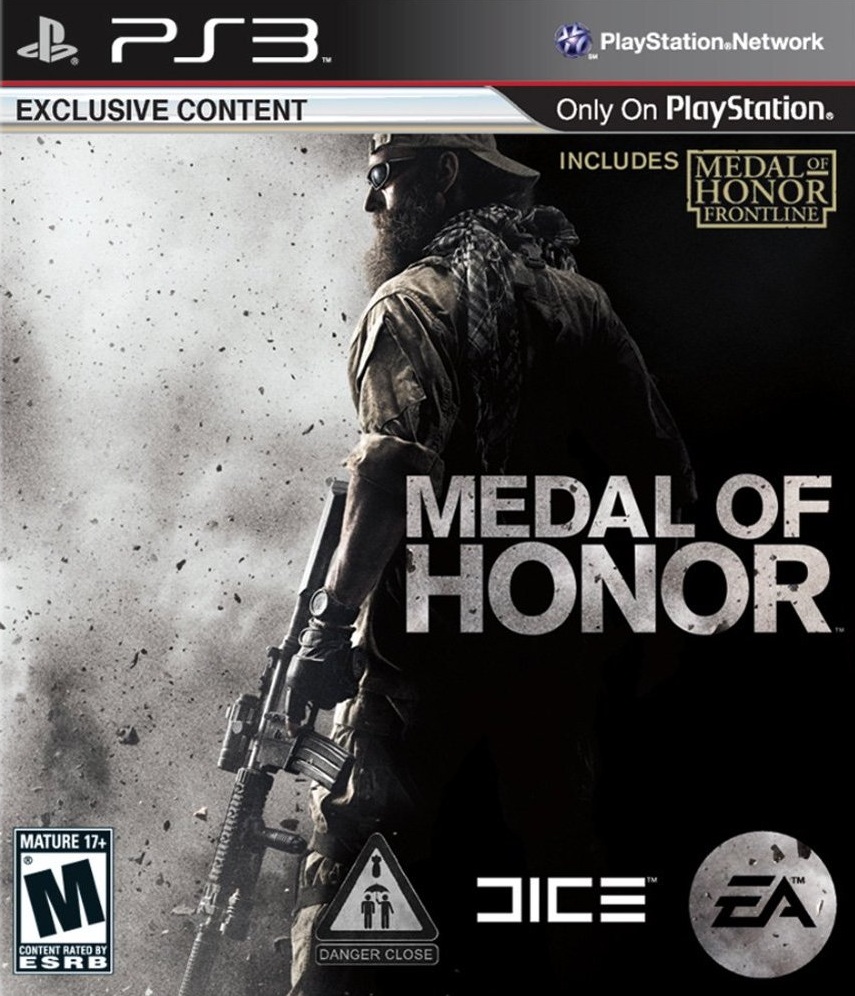 Overview:
Coming from a long franchise of WWII shooters, Medal of Honor has finally seen a reboot into modern times. But does it have enough to set itself apart from every other shooter that is on the market today? With as many changes that have been made to the Medal of Honor franchise has undergone, do they have what it takes to compete?

Story:
Just one year after the terrorist attacks on September 11th players there is an intense war happening in Afghanistan against said terrorists. Players take switch between different characters per level and each one is a Tier-One Operator. These teams called AFO Wolfpack and AFO Neptune signify the team names that players will be able to identify themselves with as they go along. There isn’t a figurehead enemy around however as players are there for one thing only; to help put an end to the war. 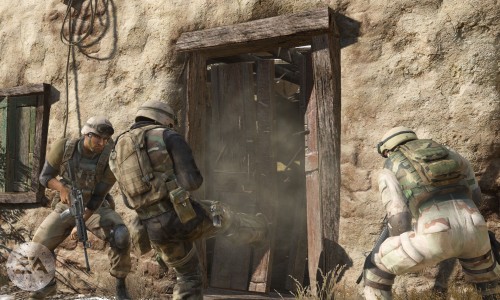 By jumping into the on-going conflict in the Middle East and placing players right in the middle of some of the battlefields where fighting still is going on would be a moving experience, if only players actually were able to develop any personal connection with the members of Tier One. There is barely any character development which means even when someone dies it only feels like one less body moving around on the screen which is a real shame. Put this together with the fact that action sequences play out like a bad war movie and you will be encountering the story in a nutshell.

Graphics:
Medal of Honor sets itself a step above from other war games as far as appearances go. There are problems of course but let’s go over what it does well first. The lighting is gorgeous, there are times when you are exploring a cave or exiting said cave and it reacts exactly as one would expect it to in the real world. These lighting effects create real to life shadow effects instead of the blobs of darkness that we have grown used to seeing. There are heat haze distortions outside in the desert, and the sun can blind you at times mimicking the real desert action.

There are times however that the graphics take a turn for the worse. Textures load in slowly at times which creates the effect that you are only looking at a partially finished part of the game until everything loads well enough. The frame rate drops slightly during the heavy action but this is far from a deal breaker. There is the occasional sign of pop-in visuals however but only on the fast moving sections such as the ATV area. 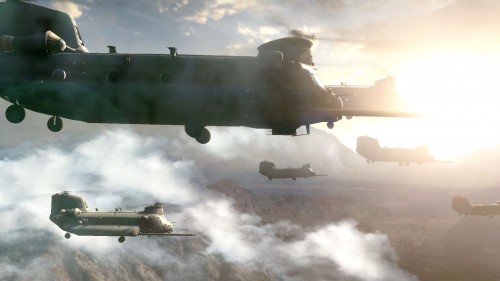 Gameplay:
(Single Player)
As you enter the campaign mode you will soon be treated to a very gritty and intense action packed game that is full of your usual FPS features with a few revamps to the formula. For example while there is no cover system, players can lean out from walls by pressing the L2 R2 buttons. Speaking of controls themselves players are given full customization of their Y and X axis sensitivity which is useful for those of us used to fast pace twitch controls. The controls themselves are responsive and fluidly switch between whichever weapon you happen to be using.

I say whatever weapon because you will be given a few different options when it comes to weaponry in this game. There is a moment when you will be hopping inside of an Apache gunship and tasked with destroying enemy fortifications and these controls don’t suffer the slightest. But beyond the controls the overall gameplay just feels so full of tension and excitement that you will be sliding between cover hoping that this wall won’t shatter from bullets at any time. 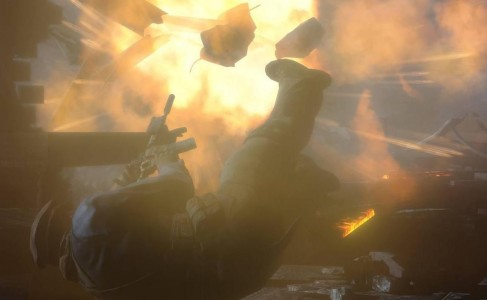 While the gameplay is intense and enjoyable, there are plenty of moments that players will be having themselves either A. Confused on where to go, or B. Stuck waiting for their AI friends to catch up. This means that the game uses what is called a tripwire method. The tripwire method requires players to reach a certain area of the map before something happens, but in Danger Close’s tripwire it also requires that your AI partners set off the tripwire too. This only furthers the frustration when they get stuck behind rocks or stand there and do nothing while you are being pinned down by heavy fire.

Another additional mode that is unlocked upon beating the game is Tier 1 mode. This mode allows players to perform speed runs of the campaign levels and be scored by how fast they are going and their performance. There is even a trophy for beating every level’s par time. There are no checkpoints however so death means the restart of the level. This mode does give some replayability but many frustrations cause it from being truly fun. While the difficulty is increased, as one may expect, the players AI companions can cause the time to waste away as you wait for them to get into position for a certain action. This means that you could possibly miss the Par time by a few seconds simply due to faulty AI companions. There is also no online co-op or split screen available which is disappointing.

With a campaign that can last roughly six to eight hours it may be considered average length as far as other FPSs are concerned but with the addition of the Tier 1 mode it does help lengthen the overall replayability of the single player campaign and is worth competing with friends on the leaderboards.

(Online Multiplayer)
The multiplayer on the other hand was handled entirely by a different company from the rest of the game and even uses a different engine. DICE, using the Frostbite engine which has been made popular from the Battlefield Games, though the environment in this game isn’t destructible like one may expect from the BC series. Rather what establishes MoH’s multiplayer as its separate entity is the way that leveling up is handled and the class system.

While some who have grown accustomed to the full customization of Call of Duty will call pre-set classes restrictive but this is hardly the case due to the fact that everything is still customizable. There are three main classes to choose from; Assault, Spec Ops, and Sniper. The classes level up separately from one another, so if you are proficient as an Assault class, your Sniper class will still be level one. Classes will unlock different abilities and weaponry for the classes that they level up over time, though these will be restricted to the class they were unlocked for.

With that there are also four different modes of gameplay which bears a striking similarity to BC; these modes are Team Assault, Sector Control, Objective Raid, and Combat Mission. Though unfortunately there are only a few maps to be included into these modes. With a very small three for Combat Missions and five other maps for the rest of the gameplay modes. Which means one can expect plenty of DLC to expand upon the amount of maps that at launch is very small. 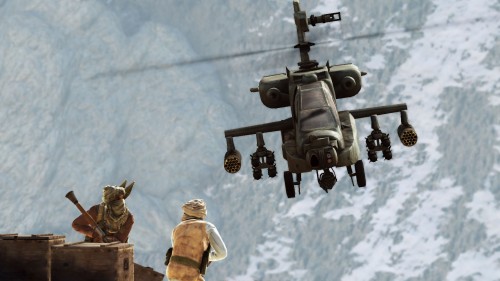 What also sets these maps apart however is the amount of detail that each one has. The graphics that are already stunning in the single player modes are carried directly into the online multiplayer. Meaning that players will experience the same effects of drifting smoke from grenades and light flashes just as if they were doing battle in a real battlefield. This also lends well to the fact that the maps are quite large and harbor 12 vs. 12 teams making for quite a large scale battle.

There is some minor lag issues that result in random deaths from unseen bullets but this usually only happens right in the midst of heavy action, causing a slowdown. This is hardly a deal breaker due to the fact that lag can always play a part in every battle, and thankfully is only a rare occurrence in MoH.

Overall:
With a storyline that fails to grip the heart of the players, one thing that Medal of Honor does right is set the atmosphere for what a real war zone would be like. Do not get me wrong though, the game itself is very fun and enjoyable and being immersed in such a realistic war setting does marvels to set MoH apart. The online multiplayer is enjoyable and though there are only a few maps to choose from at the moment, it doesn’t take too much away from the fun that you can have playing with your friends and taking down the “OpFor.”

I give Medal of Honor for the PS3

A copy of the game was provided for review by EA. The main story was beaten within 7 hours on Normal, and have begun working on a Tier 1 completion run. Sampled the online mode with each match type and dominated quite a few enemies. Completed with 30 trophies and looking to go back and get even more in the online multiplayer.