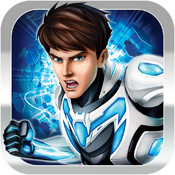 I know I’m going to sound old, but back in my day Max Steel was a totally different character. He was a little more GI Joe and a little less Ben 10 if you know what I mean. But hey it’s the 2010’s and we all know that means everybody get’s a reboot and an endless runner tie-in game on mobile devices. Meet Max Steel: Rise of Elementor. It’s not setting out to be innovative or anything special, just a simple cash-in to make fans of the series happy. But while it may not be incredibly revolutionary, it does have some nice ideas thrown in which stop the game from being incredibly generic. Max Steel: Rise of Elementor does the bare minimum to keep fans of the franchise happy and is a decent effort to say the most. 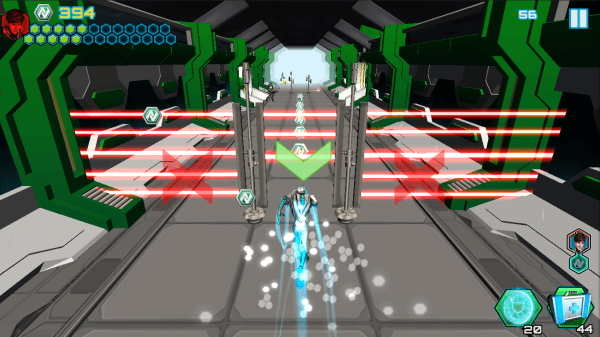 Max Steel: Rise of Elementor clearly takes a lot of inspiration from titles such as Temple Run 2. Players control Max Steel, and swipe left, right, up and down to dodge obstacles. He automatically runs forwards, collecting coins along the way to be spent on upgrades. There is an end to  each stage and on the way various other modes of gameplay come into the mix to keep things fresh. There’s flying, which basically is the same thing as running, but most importantly there’s also combat, which is the best part of game. Surrounded by enemies,  Max will start beating up a baddie and by simply tapping once on the particular opponent. If the target tries to attack Max, the player can choose to run to another part of the battlefield to dodge or attack another opponent. If you move away at the right time, you can even make enemies shoot each other which is pretty bad ass. Quicktime events also come into play that involve titling and other gimmicks to keep things fresh. Fighting also gets a another twist during boss battles which flips the mechanics to a new perspective. Admittedly the boss battles don’t work as well as the regular combat, but it’s still a nice inclusion. It should be noted while the mechanics do work decently, the level design is where Max Steel: Rise of Elementor fails the most. While the first level is entertaining enough, from the second stage onwards everything just drags on and becomes extremely repetitive. This is probably to encourage players to grind more and significantly upgrade before continuing as a lame attempt to expand the game’s lifespan and  it truly damages the fun, going from an interesting concept to a boring, repetitive process. 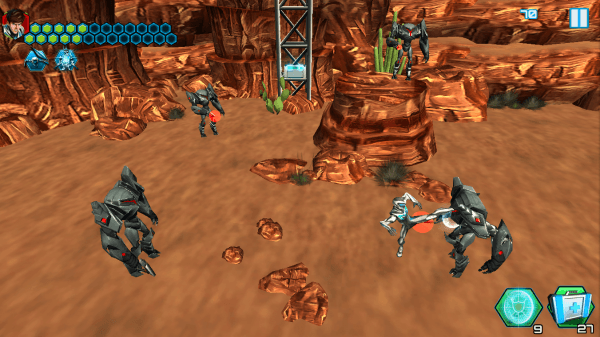 Max Steel: Rise of Elementor isn’t terribly impressive in the graphics department. Animation can be a little clunky, the textures are bland and the effects are sub-par. It isn’t all bad as menus and cut scenes seem to be nicely polished and every once and a while there’s some decent eye candy but for the most part it all just looks like a early 2000’s title. As for the audio, it’s nice to see voice acting present, but not when it’s the same three annoying phrases on repeating every 10 seconds. The soundtrack is very modern with a very trendy dubstep/drum n’ bass -influenced soundtrack that should appeal to the franchises’ adolescent audience. All in all everything just feels like it was all just thrown in for necessity without any actual attempt at making anything memorable. 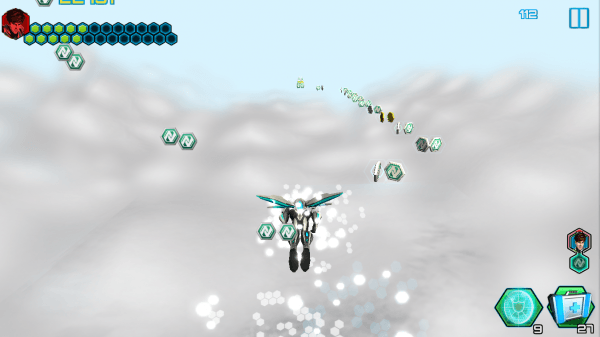 Have you ever taken a test in school that you didn’t study for or even try to do well, you just did it because you were told to? That’s exactly what Max Steel: Rise of Elementor feels like. The developers did the bare minimum of requirements with little to no effort, changed a few things so they wouldn’t get caught on plagiarism, and threw in enough franchise references to keep it relevant and handed it all in with hopes for a passing grade. The game shows potential but lacks the ambition to actually achieve anything and therefore results in a bland result. What sucks the most is that by saying all this I feel like a teacher talking to the parents of a bad student at a parent/teacher conference. But hey I warned you earlier – during this review, I’m going to sound old.