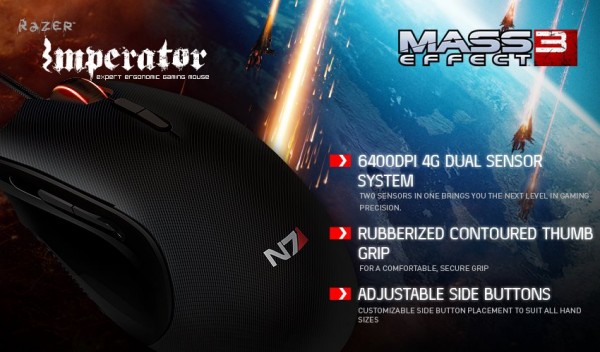 As one of 2012’s biggest game releases, Mass Effect 3 has been the focus of attention for many gamers over the past several months. And why wouldn’t it be? The hugely in depth storyline (ending not withstanding), kick ass gameplay mechanics, the addictive nature of multiplayer, AND the opportunity to knock out an annoying paparazzi reporter?

Not surprisingly, due to this popularity ME3 has seen no shortage of additional peripheral products released into the gaming and collectors markets. Anyone who has graced the inside of their local game shop will have no doubt witnessed the strange abundance of N7 branded collectibles, toys, clothing, posters and hardware. Naturally, as one of the biggest and most reputable peripheral brands on the market, Razer has also added their own arsenal of Mass Effect 3 branded products to the many retailers and shopfronts around the world. 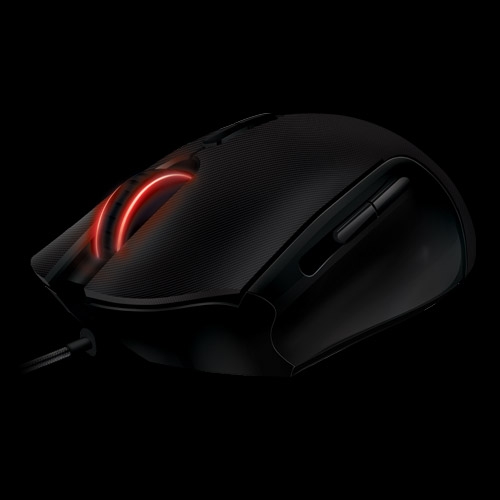 This is certainly not the first time Razer has thrown its name in behind a popular gaming title. This is particularly true of many games from Bioware and EA, such as Dragon Age, Battlefield 3, Star Wars: The Old Republic, and of course, Mass Effect. And like many of the other games that have been released previously, no branded Razer arsenal would be complete without the release of a new mouse variant.

The Mass Effect Imperator Mouse is the 3rd variant in Razer’s Imperator series (preceded by the basic Razer Imperator and the Battlefield 3 Imperator). Undoubtedly designed for the action oriented gamer, this particular peripheral boasts several customisable features to match the preferences of even the most sensitive handed of gamers. In testing the performance of the mouse out for myself, I thought it would be imperative to see how the mouse handled on the variety of genres. With that in mind SWTOR, Age of Empires and naturally, Mass Effect 3 itself were all viable testing grounds to explore the capabilities of this mouse, and I must say, the verdicts are favourable. 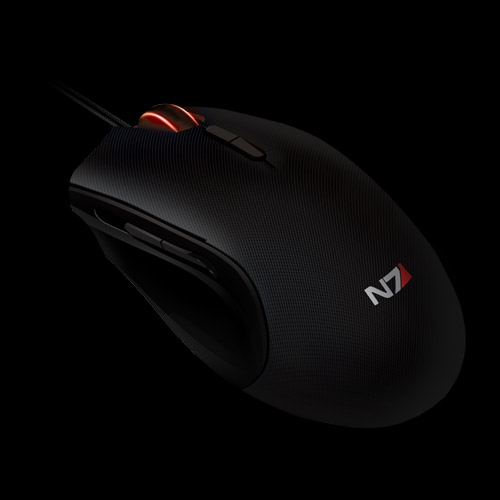 The additional side buttons allow for additional functions in MMOs and FPS games. For instance, setting a quick run function in SWTOR allowed me to assign crew tasks and micromanage my inventory on the run, whilst still being able to direct avatar movement. This is a feature which comes in handy, especially for players like me who will attest to accidently running off cliffs on numerous occasions due to my own lack of control co-ordination. While the basic default settings of the mouse suited my play styles just fine, the side keys also feature an adjustable slider on the underside of the mouse so the player can feel free to slide the side keys to any one of five comfortable positions. Adding this feature feels like the product is doing more than simply meeting a demand. Rather, the mouse attempts to make gaming functional and inclusive for the player.

In playing Mass Effect 3 online, one of the other key mouse features I found was the centre buttons that allow for sensitivity adjustments on the go. The ability able to decrease aim sensitivity whilst peering down the scope of a sniper rifle resulted in a marked improvement in my accuracy and headshot counts. Being able to adjust aim sensitivity eventually became second nature to me when switching between the tighter controls required of the sniper rifle and the looser aim of an assault rifle. And there’s nothing more deadly on a ME3 multiplayer field than a Berserk Krogan that has the capacity to look and turn quickly, and yet aim with deadly accuracy.

For the hardware buffs out there, it is worth noting that the mouse is outfitted with a dual laser sensor system. For those scratching your heads as to what this means, it basically translates to the mouse being able to quickly and easily adjust for use on any surface, making it an ideal portable device for gaming without the need for a mouse pad. 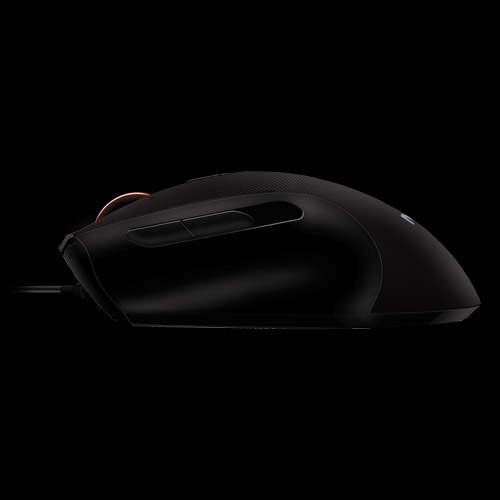 The one limitation that seems to be common amongst Razer products is the requirement to log on to Razer’s Synapse service to make the fine-tuned adjustments. While the factory default settings are honestly fine by me, for the sensitive PC gamer, this is an additional step that must be taken.

From an aesthetic standpoint, the mouse itself looks damn cool, and should be considered a must have for the devoted Mass Effect fan. The physical shape of the mouse is designed to fit to the contours of the player’s hand. Even for extended periods of time, my hand was rested very comfortably during hours of gameplay. A luxury that a friend I was playing with was notably lacking. The scroll wheel also boasts a rubber coating to improve grip and control of the centre wheel functions. The mouse is also sleek and lightweight, which makes movement easy. (A popular feature that is shared amongst many Razer products.) When used in conjunction with the similarly ME3 branded Razer Vespula mouse pad, the combination was not only aesthetically pleasing, but very comfortable for playing through until the late hours.

The armor weave design on the primary mouse buttons mirrors that of Shepard’s N7 armor, even down to the detail of adding the official N7 logo to the base of the mouse. The solid red backlight on the mouse wheel is also a cool touch. Again, another feature which mirrors the visual design of Shepard’s armor. In using the mouse for myself, I couldn’t help but visualise the Commander keeping one of these within a compartment of his/her armor to pull out and game at his/her own convenience. It’s as if to say: “My name is Commander Shepard, and this is my favourite device on the Citadel.” 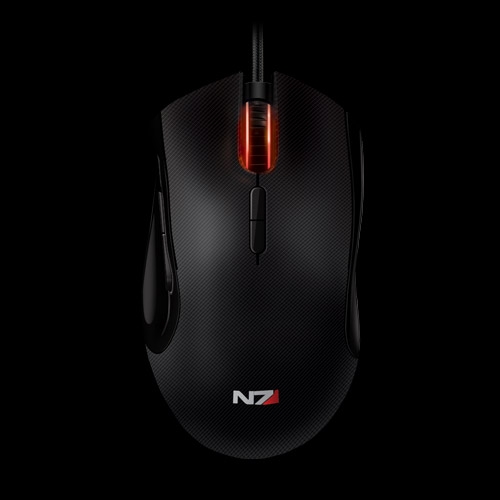 In addition to the afore mentioned physical and functional features of the mouse, avid players of ME3 will also be pleased to note that registered purchases of the Mass Effect 3 Razer Imperator also come with exclusive DLC codes. Specifically, these include multiplayer reinforcement packs AND the Collector Assault Rifle to be used in either PC or Xbox 360 editions of the game.

If there was one word that I would use to describe this particular product, it would be accommodating. The ergonomic design of the mouse allows for comfortable hand fit and play regardless of physical size, sensitivity preference, or predispositions to button mapping. The customisation options available for controls and sensitivity also add to this notion. In addition, the mouse lends itself well to pretty much any genre of gaming that can spring to mind. Regardless of whether your preference is for shooters, action, strategy, role playing, sports or even online play, the Imperator comes highly recommended from me.