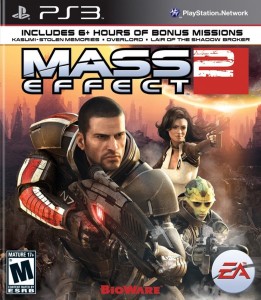 Overview:
Over a year ago Mass Effect 2 released on the Xbox 360 and the PC and it was welcomed with open arms as an amazing space epic that took the Mass Effect trilogy and developed it into an amazing story that people can’t wait to finish. Now with Mass Effect 3 just recently announced; what better way to get more people excited than to finally bring Mass Effect 2 to the PlayStation 3. Now there has been over a year since ME2 was released and all of the DLC has been included into the PS3 version of Mass Effect 2, does it still stand as the polished gem that we saw last year or shine brighter than before?

Story:
Now one immediate thing that gamers will realize when they turn on Mass Effect 2 for the PS3 is the fact that it is impossible for them to take and bring any changes to the story over from Mass Effect 1. Also if players had never even tried Mass Effect 1, then wouldn’t they be partially lost when they jump into the story? Not at all.

Mass Effect 2 begins with the loss of the Normandy after it was attacked by an unknown ship, causing the crew to scatter and Commander Shepard to be killed in action. Now while killing your main character off right at the start of the game isn’t your standard storyline setting but it does bring about the reason that Shepard starts from scratch in ME2. Now those familiar with the choice system and it’s effects on the storyline will immediately realize that there are going to be certain choices that can’t be made due to the fact that Mass Effect 1 is not available on the PS3, but this is negated due to an interactive comic called Mass Effect: Genesis. 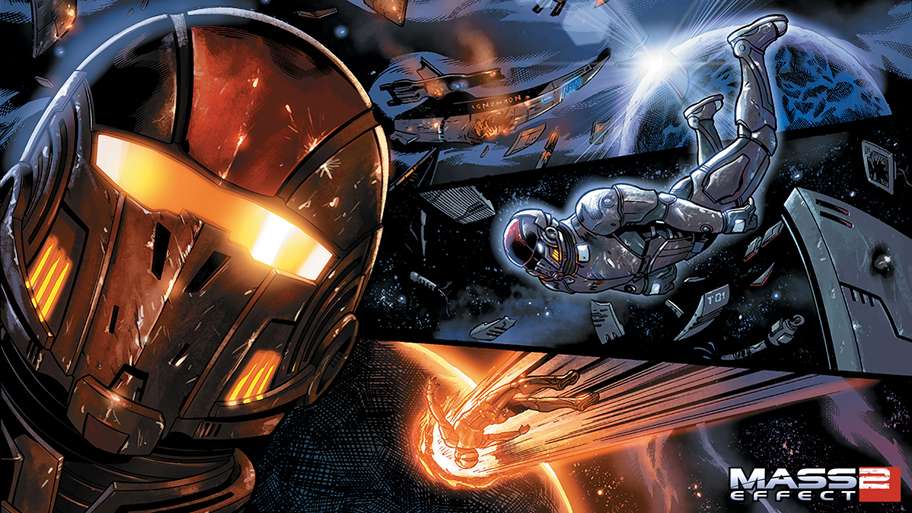 This comic is very useful for those who never played the first game as it introduces some of the main plot lines that drove Mass Effect along. But one thing that is essential to this experience is the fact that during the comic flashback you will be able to make choices which impact parts of ME2 as if you had actually ported your save file from ME1. Now this comic book obviously doesn’t portray the most in-depth parts of the storyline and may leave players wanting more structure, but it does its job well enough to establish the backstory for what you will be experiencing in ME2.

The storyline itself is amazing to experience and the amount of different choices that you can make, while not always game changing, are countless. There are a number of choices that make you feel like you are truly the hero of the galaxy, or the tyrant of the galaxy depending on your Paragon and Renegade choices respectively. As soon as you are brought back to life by Cerberus you may be chained to the will of the Illusive man, but your life is still your own and so is your free will.

The highlight of the entire game however is the fact that your crew members all have different pasts and stories. Sure you will see some old faces to fight on your side, but even they are expanded upon and fleshed out so that by the end of your journey you will truly grow attached to each of your crew members, especially if you completed their Loyalty missions which delve deep into their history.

The inclusion of the extra storylines from the DLC such as Overlord, Kasumi’s Stolen Memory and Lair of the Shadow Broker works flawlessly when integrated into the game. Back when these DLCs were released individually many players had already beaten the game and finished the main storyline. The fact of the matter was that anyone who bought the DLC would have to go back from what they experienced and finish it up then. With these DLCs being available during the normal storyline without any backtracking it truly feels like you are playing a much grander space opera than you would have minus this content.

Graphics:
Now Mass Effect 2 may be a game from a year past, but judging from what you will see and experience there will not be much to show that age. The PlayStation 3 version provides perhaps the best use of lighting I’ve seen in a video game perhaps ever. The neon lights of the Afterlife Nightclub are absolutely amazing and are a great example of what lighting can do for a game. 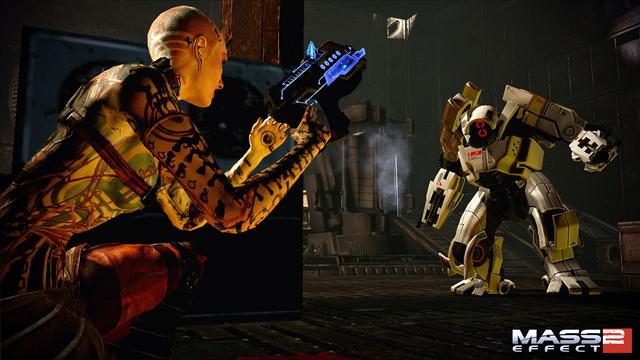 Beyond that the character models and designs are as impressive as they previously were with not much of a difference in appearance. Supposedly BioWare used the Mass Effect 3 engine to animate the characters but I noticed nothing different. This isn’t a bad thing however as the animation and faces of the characters are very impressive and can be said to be some of the best you will find for an RPG of this magnitude. Also it is worth mentioning that Mass Effect: Genesis was illustrated by Dark Horse comics whom produced top quality drawings and an interesting take on the characters when drawn by hand.

Now there are minor graphical hiccups here and there. There are slowdowns during heavy action sequences with minor drops in frame rate when loading up a populated area. Despite the fact that there is slowdown in some areas the game usually runs quite flawlessly, especially after the long install on the hard drive of the PS3. The game froze suddenly twice during my playthrough with little reason, as one of these freezes happened during mining a planet.

Audio:
One thing you will notice is that the ME2 features a lot of talking. Everything in ME2 is fully voiced by top of the line voice actors and there are plenty to hear as you play through the game. The storyline and the characters would not feel as alive as they do when they are combined with the presence of great voicework. To top that off the musical score is simply amazing. The award winning music and background noise is very impressive and is what one would expect from a space opera. There was one instance where the audio cut out temporarily during Jack’s loyalty mission which had me reading lips and subtitles but it fixed itself immediately when I left the area.

Gameplay:
Mass Effect 2 can be seen as a streamlined experience as far as an RPG standpoint is concerned. There is no need to micromanage your characters anymore and even leveling up and equipping your crew has been made very simple. Of course this means that nothing has changed structurally from the 360 and PC version, but this is for the better considering ME2 has been considered one of the best games in the past few years. 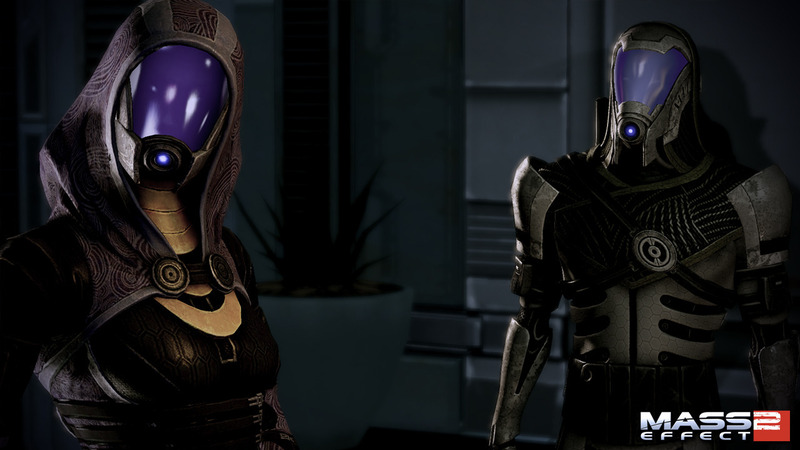 Battles in ME2 still occur in real time and feature your usual shooting elements which we have grown accustomed to over the years. The cover based system is used extensively which means that Shepard will be hiding quite often to either let his Biotic powers recharge or to recover health because health automatically regenerates along with your shield. Guns will need to be reloaded as they use ammo and no longer simply overheat. As before every time that you kill an enemy you then level up.

However leveling up isn’t quite as complicated as it was before. Rather than having multiple skills to level up and power up, your Shepard will only have four abilities to worry about which you can choose depending on your class at the beginning of the game. Also you have the option to allow the game itself to auto-level your skills for those who aren’t heavily concerned with character building. There is also a station where you can perform upgrades to your ship which, trust me, you will want to do.

It is worth mentioning that besides getting all of the different storyline DLC, you will also get every weapon, armor, visor, etc. that has ever been released so far for Mass Effect 2. This means that you will have access to the Blood Dragon armor immediately along with a number of different weapons that would have required either a pre-order before or a download of a DLC pack for weaponry alone.

Besides the battling and shooting of course there is the way the stories develop through talking and exploring the world around you. The conversations you have with various NPCs are directed by a dialogue wheel where you are able to select your responses. While most of these responses are not universe changing and are simply there to find out more information, there are those that will change your Paragon and Renegade points. 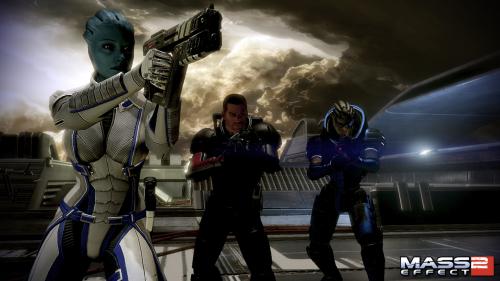 Paragon and Renegade are basically your good and evil spectrum, but rather than become a scale of what your player is, they are two separate bars which fill up depending on the choices you make. Besides the Paragon and Renegade choices in the dialogue trees you also occasionally are presented with actions you can perform immediately during a scene which will perform an action depending on your Paragon or Renegade choice. These options aren’t very well hidden however as Paragon responses will always be on top, while Renegade will be on the bottom. Building your Paragon and Renegade meters unlocks different conversation options which affect the world and your crew members even more than standard choices.

One part still remains quite annoying however, resource gathering. The resources, which are required to upgrade your ship, build new weapons, etc. are all mined from planets which is a very arduous process regardless of your upgraded probe size and ability to scan slightly faster when you upgrade it. This mini-game is unfortunately very time consuming and it is very hard to enjoy or have fun, even when you find a planet rich in minerals.

Overall:
Mass Effect 2 has never been better than it is right now. The integration of the DLC missions into the storyline seem flawless now that they have been pre-loaded into the game and having all of the special weaponry is an added plus. For the most part a lot of things will appear just as you will remember them if you had access to the Xbox 360 copy, but much better. Despite the fact that there is the occasional slowdown and possible freeze the game has never had as good of graphics as it does on the PlayStation 3. There shouldn’t even be an option to not pick up Mass Effect 2, and if you haven’t picked it up yet, now is the time.

I give Mass Effect 2 for the PlayStation 3