Spider-Man Proves His Worth in a New Adventure 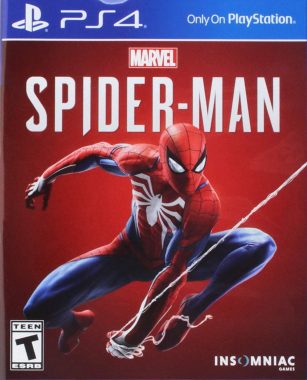 Spider-Man has been swinging to consoles decades now. While the much-loved hero has always garnered attention with each new game release, many developers struggled with bringing a fully realized experience to consoles. Outside of Spider-Man 2 and maybe one or two other titles, fan reaction has always been mixed for each Spider-Man release. With Insomniac stepping up for a massive challenge, Marvel’s Spider-Man has officially been delivered to the Playstation 4, and attempts to be the definitive experience for casual and hardcore players alike. Does this title prove worthy, or is Insomniac bring us yet another divisive release? Let’s find out. 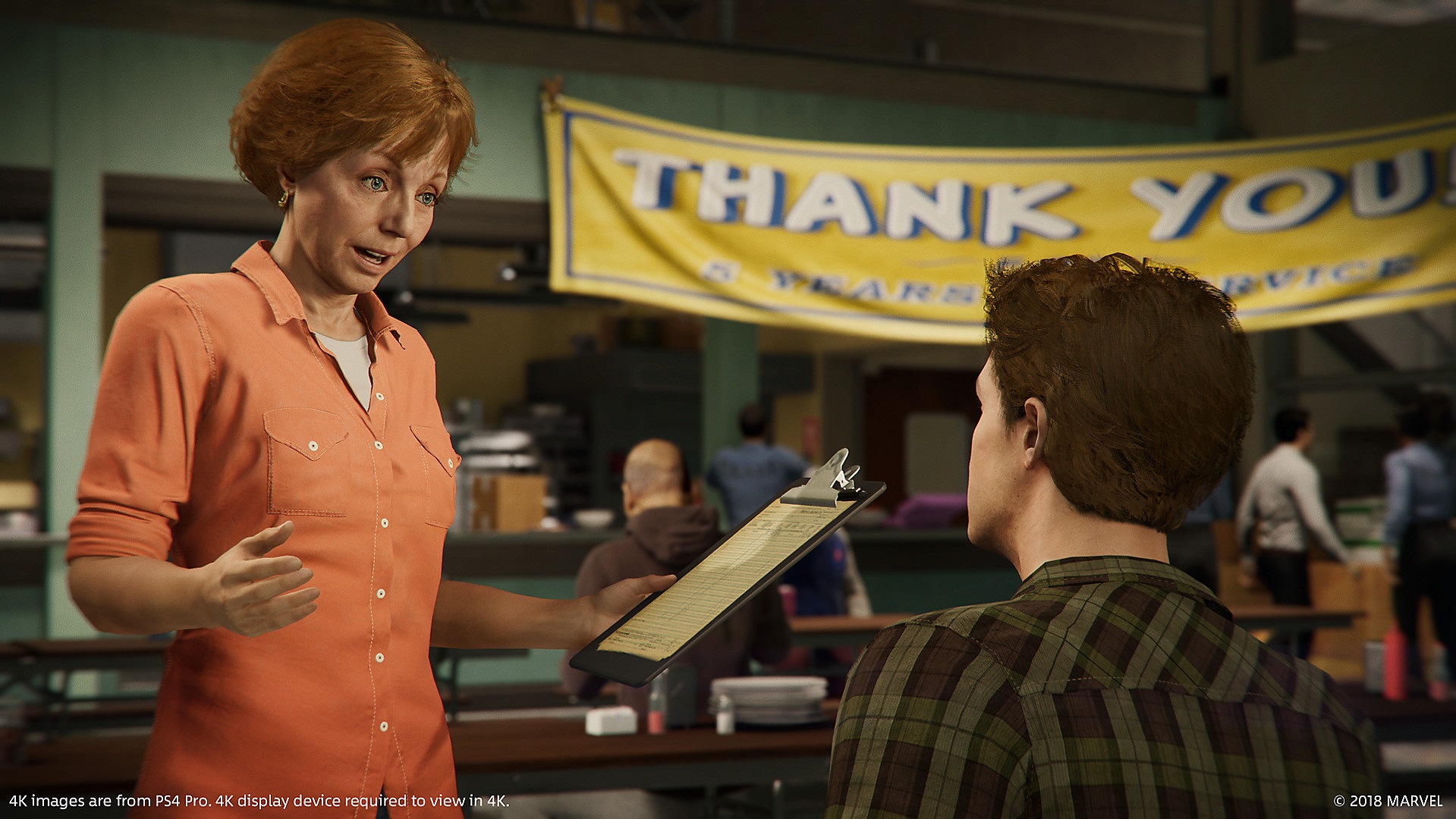 The story within Marvel’s Spider-Man is not exactly a big budget cinema presentation, but instead a feeling of episodic entertainment, delivered to the consumer piece by piece as they delve further into it at their own preference. The main antagonist is none other than Mr. Negative, who along with the rest of the Sinister Six, aim to cause havoc with a substance labeled the Devil’s Breath. Peter Parker must use his powers and assistance from Mary-Jane, Miles Morales, and a few other allies in order to save the day and restore order to the streets. 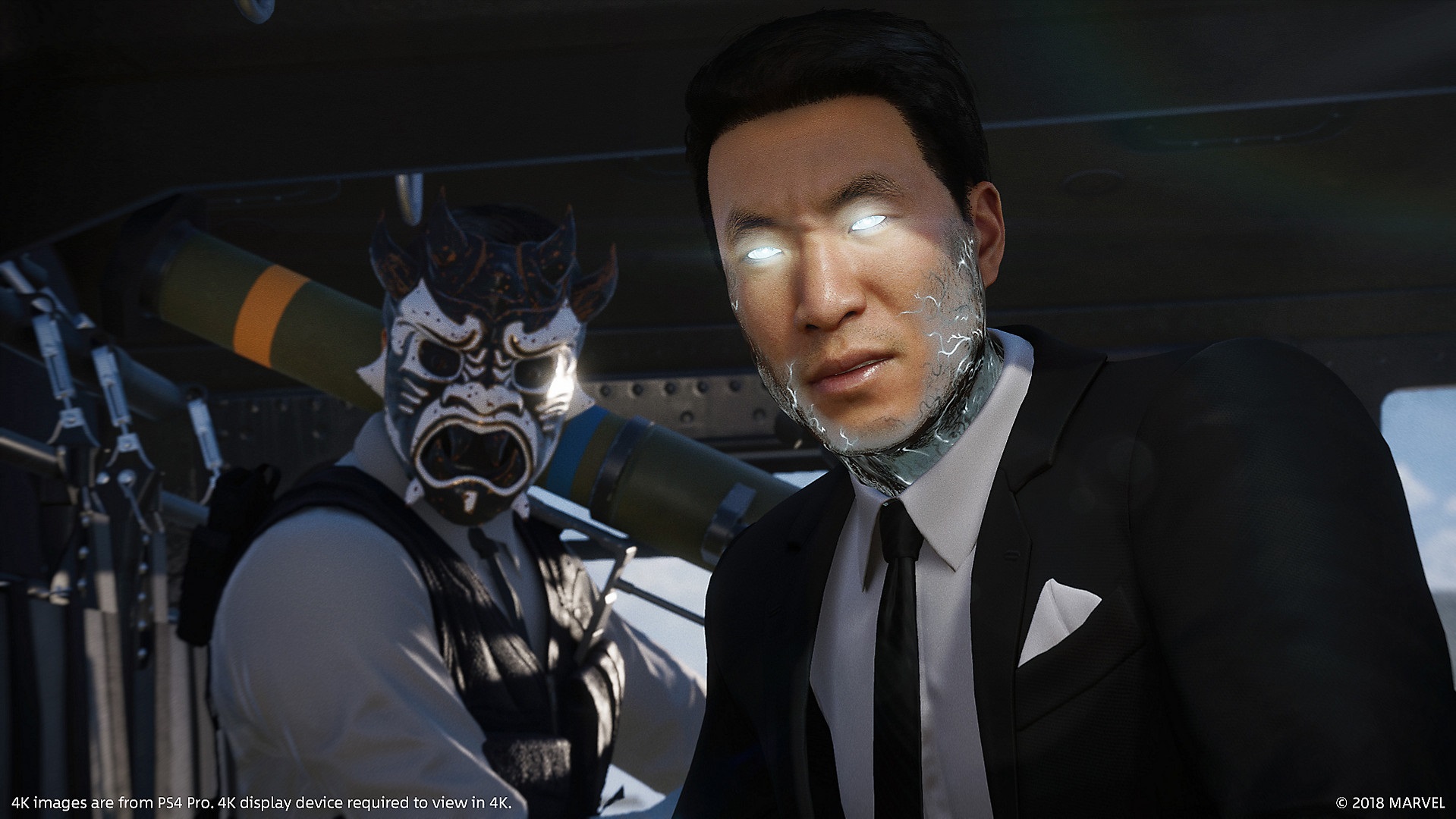 As I stated, this is not a heavy storyline for the most part, but that is mainly due to the custom pacing Insomniac provide to the player. Instead of forcing the player to go through constant cutscenes before experiencing Spider-Man, we can now go into the deeper waters on our own time. This allows the player to tackle petty quests and simply swing around the beautiful surroundings at their own will, with the option of partaking in the story to further advance Peter’s upgrades and overall character growth. I also applaud Insomniac for not giving us another origin story, as this Peter is much more mature and tenured. Yes, you don’t have to worry about coming of age, and instead concentrate on simply refining your combat skills to tackle stronger foes. Despite having a ho-hum main villain, the narrative here is a good one and will surely please audiences with its accessibility and care as it crawls into some of the lesser explored areas of this massive comic book universe.

The story is perfectly serviceable in this adaptation, but the gameplay is absolutely unparalleled. No Spider-Man game to date, and that includes Spider-Man 2, have ever been able to nail the freedom and sheer enjoyment of actually being Spider-Man quite like this title. Marvel’s Spider-Man allows you to jump right into the sky during the first moment of the game, showing off the new physics engine and web slinging that we all looked forward to. Now in the trailers, I was nervous for these mechanics as it looked to be so stream-lined, as if everything would be made up out of chained together quicktime events. Thankfully, that is not the case and Insomniac have delivered freedom unlike any other title before it, with players having the ability to explore a massive recreation of New York City, where they can hop, fall, and glide about until they are sore in the thumbs. These moments of gameplay are a blast, which bring us to the next set of mechanics that are just as important, combat. 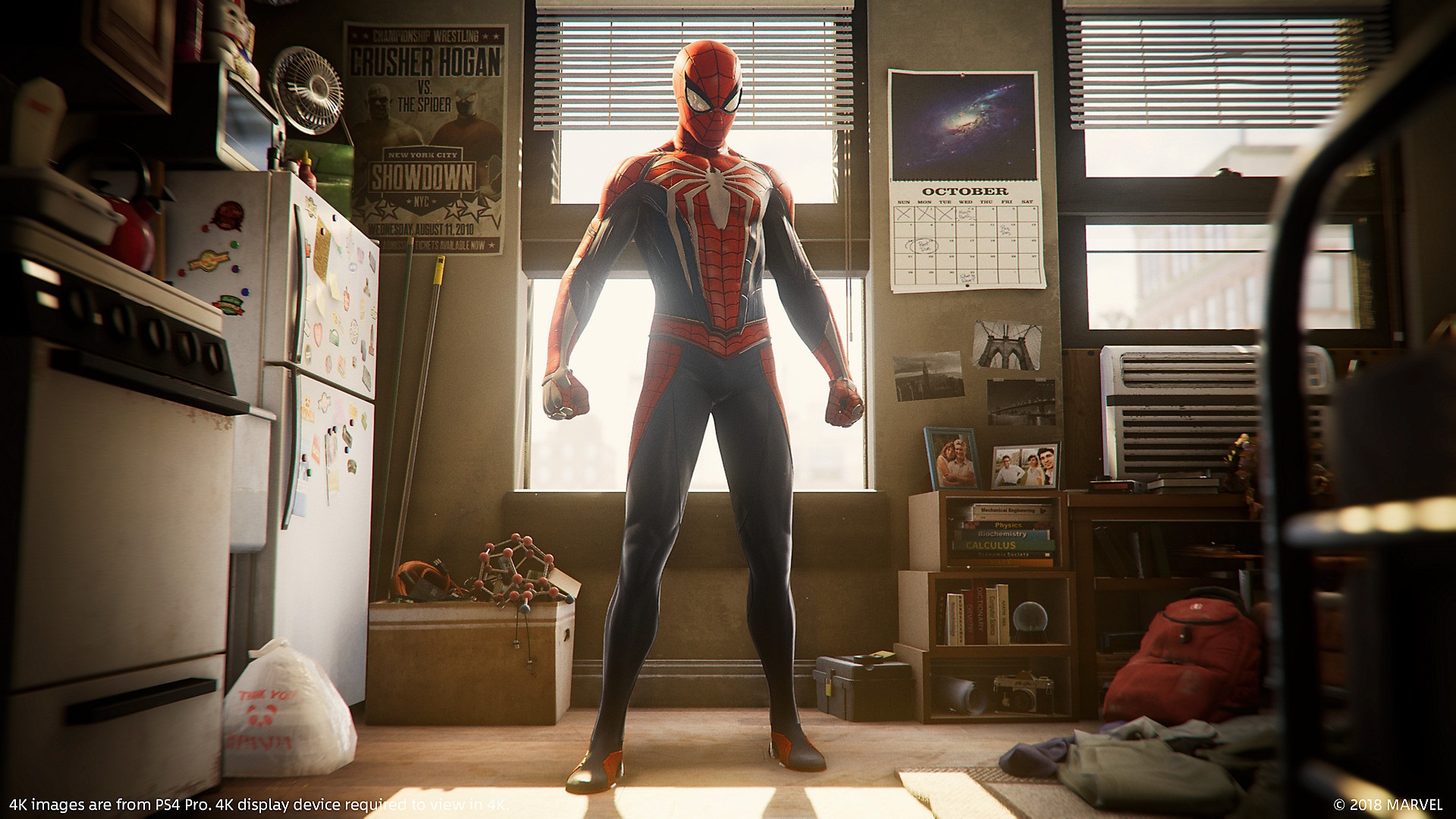 When first tackling foes in this game, the first thing that comes to mind is Rocksteady’s Arkham titles. Maybe it is the way a foot snaps into an opponent’s neck, or maybe it is the way that Spider-Man bounces back and forth between multiple targets with such effortless ease. Either way, the similarities are there, but with a lot more attention to detail. Instead of relying on counters and parrying, the player must look to their environment to be successful. Spider-Man already has a wide array of unlock-able gadgets and gizmos for combat, but players also have to look to the setting in order to make these powers effective. For instance, if you are on a beam, and there are four grouped up henchman down below, stealth will only go so far. Instead of stealth, the player must be creative and quickly blast enemies with web, while they take care of other culprits while their diversion takes place. There are hundreds of ways to tackle any mission, and Insomniac reward for creativity, with moves that are a ton of fun to execute that only get stronger as you acquire more advanced techniques. 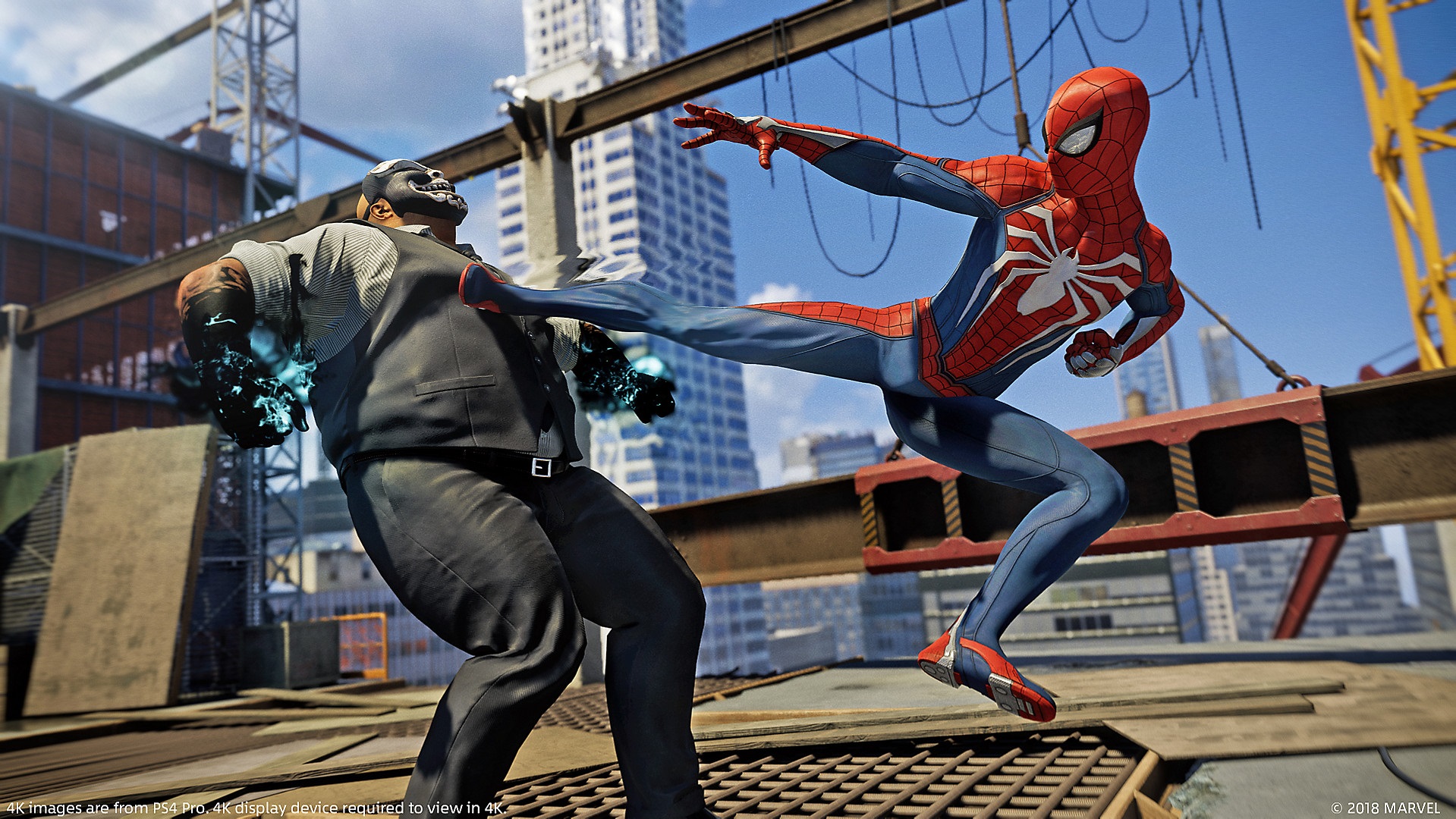 The city has a good lot of quests and smaller missions to attend to, with towers that need syncing, hide-outs that must be cleared, and a hefty amount of collectibles to obtain. Sure, the well-polished gameplay makes this a blast, but the game can get a bit repetitive even with such outstanding combat and exploration, as these elements of padding are just a bit too similar each time and come across as filler without much purpose. That said, jumping straight into a boss battle or back into the story at your own pace breaks up the monotony of side missions, and while great in similarity, there are at least a variety of tasks to do, such as photographing landmarks, discovering easter-eggs, and even participating in clever mini-games that are all buried within one massive experience. 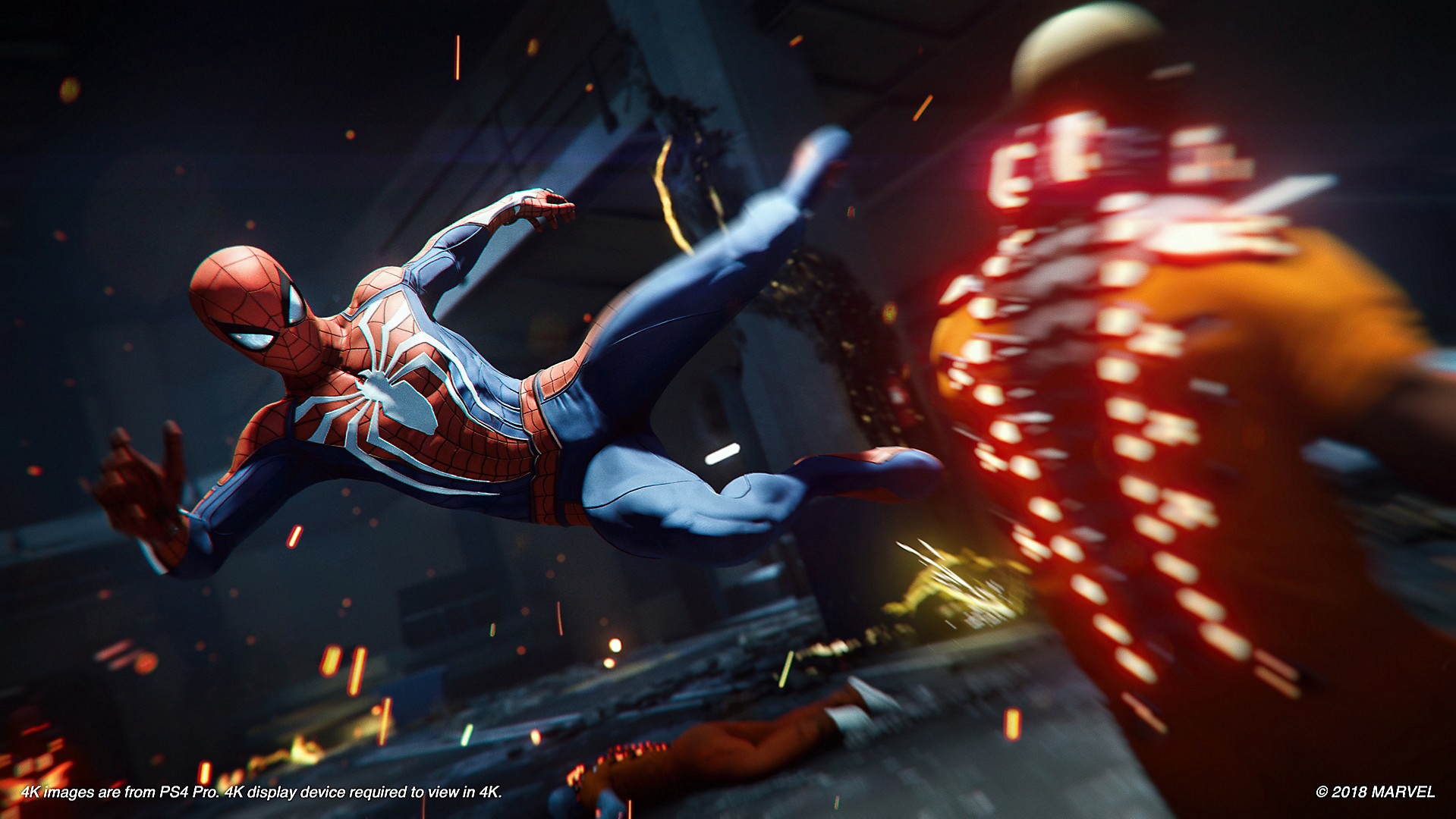 Rather than Arkham, I personally would best compare this experience to that of Skyrim, as the world is busy and large, yet still can be empty if you choose not to partake in the general fare down on the streets. Some may just want to explore for most of their journey, while others may scan and hop from one mission to the next, attempting to 100% all activities within. Insomniac have provided the player with a do-it-yourself path that ends with your own version of entertainment, and for a sandbox title to manage to pull that off, well – that is a fine achievement all around and is worthy of outstanding merit.

I truly believe that this may be the best looking title not only on the Playstation 4, but across all platforms of this era. I’m not just talking graphics and animation, but also the usage of color and just general atmosphere. The water, the shading of the buildings, the effects of weather and sunlight. Everything within Marvel’s Spider-Man is a visual treat, and while some of the models may look a tad cartoony at times, it is easily forgivable as the world created for us to roam in is just so fully realized and detailed. Buildings have interiors you can peak into under the glass. Every street is piled with humans wondering about. Planes can be seen flying upwards while city help buzz around neighborhoods below. Exploring it all is a joy, and again, an incredible undertaking in the world of entertainment for a development team to execute. 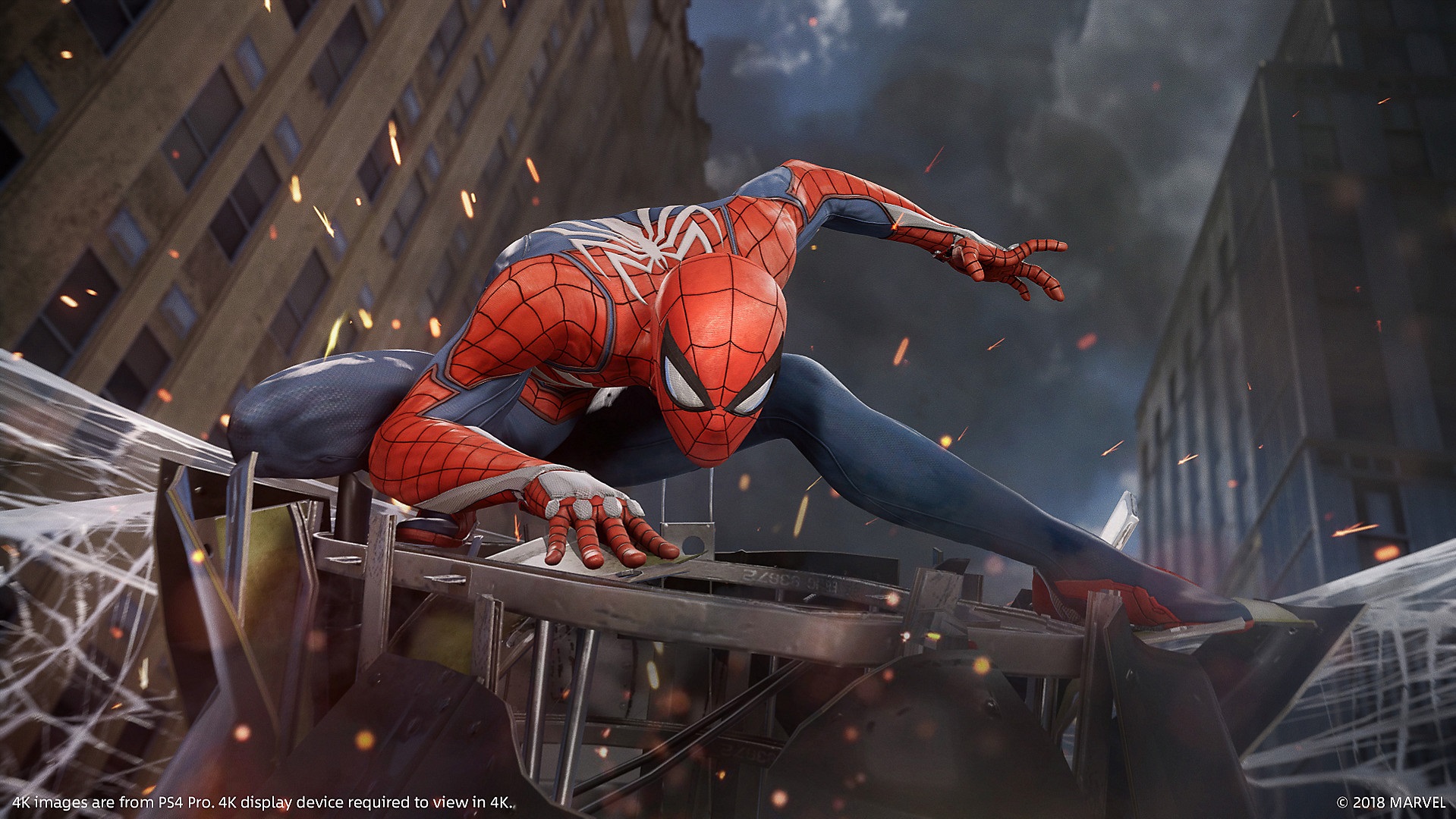 The audio is also great. The voice acting is fantastic, with actors taking these roles seriously and delivering real emotions of humor, sadness, and general cheer to already complex bodies that are all able to easily match the namesakes they are tied to outside of this product. The soundtrack is also superb, with melodies that make this city feel grand and give the player that feeling of extreme freedom as they swing around a huge landscape. As I stated when speaking about combat, there is something satisfying about the way a foot crunches in this title as it smacks a foe, and those minor touches make this feel like a much grander game.

Marvel’s Spider-Man is possibly the greatest adaptation to come to consoles this generation featuring a Super Hero. Not only is it a spectacle to see, but it is easily the most fun I have personally had exploring a city as a character in my own recent memory. Sure, Mr. Negative and friends are not for everyone on the story front, but that is just one piece of a magnificent adventure that will surely go on to be the new benchmark for an entire genre. Spidey has never looked or played better, and Insomniac can now be the brand we can trust with bringing our heroes to the palms of our hands. To put it simple, this experience is simply Amazing.