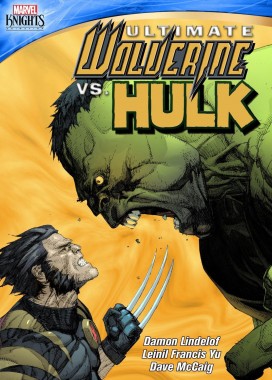 Overview
As all of the fans know, the Marvel Universe is split into many sectors, with several storyline arcs running at once featuring Stan Lee’s vivid creations. The “Ultimate” line changed a lot of the personalities we were used to when it was introduced well over a decade ago, but the Marvel faithful took to the series quickly – giving a brand new life to the brand as a whole. Ultimate Wolverine Vs. Hulk may be the most prestigious of the lot, featuring writing from LOST co-creator Damon Lindelof, and with art by Leinil Francis Yu. The six issue mini-series has now been re-created in motion comic form through Marvel Knights, but does voice acting, a bit of animation, and a fancy case do justice to the original? Let’s find out. 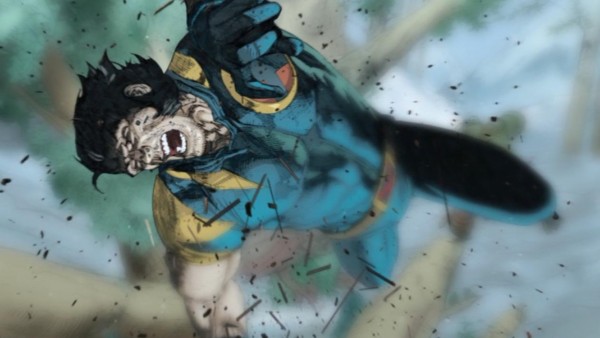 Story
Ultimate Wolverine Vs. Hulk starts out with Logan being ripped into two halves by the green monster – which as you could imagine is an impressive way to start off any narrative. Of course that is just the beginning of this feature, as the entire plot has been treated much like the original mini-series and is broken up into six different episodes. This is also a slightly grittier tale than what we have seen from Marvel Knights, as the plot involves Nick Fury enlisting a very angry Wolverine into killing The Hulk, which is nearly a suicide mission in itself. 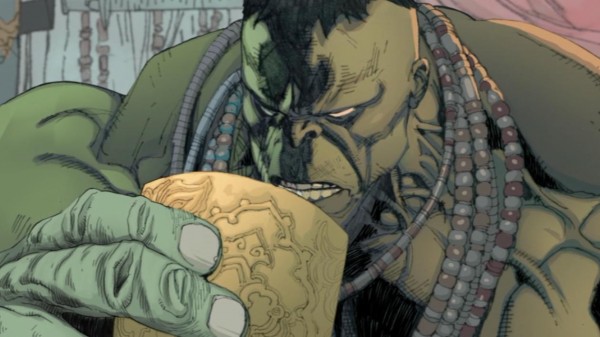 Instead of a linear story, each episode builds upon the next and even though an entire episode (or issue, if you will) clocks in at less than 10 minutes, there is still a very satisfying feeling as the credits roll each time. A good portion of the first few shorts take the viewer from the present to past on multiple occasions, slowly creating a build-up for the big showdown. I for one am not a big fan of flashbacks as I feel like they can be a scapegoat for stronger writing. Thankfully, that is not the case here as there are so many flashbacks to for the viewer to piece together that it actually paints more of a vivid picture of the animosity and genuine humanity of Logan, Bruce Banner, and all of the other characters involved. One point you will be watching a legless Wolverine climb up a mountain, while at another Betty Ross will be going through her own emotions – dealing with the love of her life being put in the cross-hairs of a nearly unstoppable mutant. 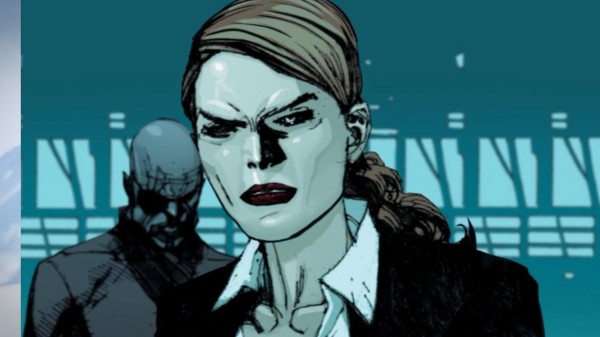 The writing never gets weak, as there truly is no filler to be found. Sure, there are moments where the action takes a break and we get some quick laughs (such as one scene where Wolverine finds his spirit animal), but the humor is clever and on point, only complimenting three stories that run parallel until not one, but several explosive encounters take place during the final two episodes. When it comes to the story, there is really is nothing to complain about unless you want to go into the fine details of loopholes, but why bother with that when the final product is simply a joy to watch? Now, if I had to mention any negative, it would be that the “Play All” function plays every episode, but has the viewer sit through the opening and closing credits on six different occasions, which can kind of kill some of the momentum and flow of the series due to the cliffhangers that each leave off on. That however is just a small nitpick to be honest though, as a quick fast-forward alleviates that problem.

Visuals
Ultimate Wolverine Vs. Hulk rips its art straight from the pages of the real deal, but as you would expect, this motion comic adds a bit more life with subtle animations. Well, “subtle” in this feature’s case might not be the best term to use, as the animation was done with great attention to detail, highlighting small movements, facial emotions, and even background fauna in order to set the appropriate atmosphere for the viewer – as well to tell the intended story. If you have seen Marvel Knights’ other works on DVD before, this won’t come off as a surprise, but it is still a welcome sight to see considering the lower price of the DVD. 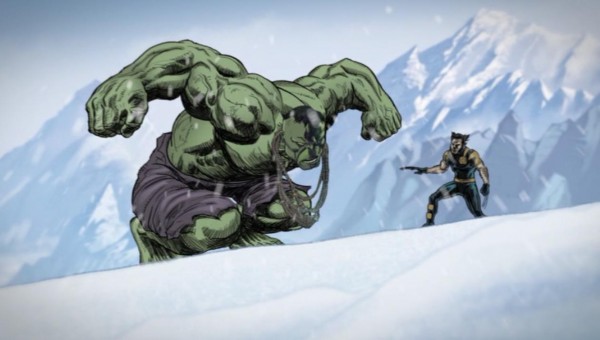 Leinil Francis Yu deserves most of the credit for the quality put into Ultimate Wolverine Vs. Hulk. Each character’s features are very detailed and the shading dark tones and shading blend perfectly with the raw tale at hand to really capture the viewer throughout each episode. Sure, this is no Oscar winning animated motion picture, but there was still a need for Wolverine and Banner to be portrayed in this darker perspective due to two lives being on the line and thanks to the added lines, wrinkles, sweat, and blood, we really get to see this story come together in one fantastic format.

Audio
Sound wise, the quality is just as good as the animation and art style that drives these six episodes – with clear, fitting music that captures the current scene and changes appropriately to offer something more than rock for the more exciting moments. The voice acting itself was also well done, as Bruce Banner comes across as a man who is completely torn, Logan – a lovable raspy voiced asshole with a conscience, and Betty, who is portrayed with a ton of emotion and quick wit during her decent amount of dialogue. The other voice actors do a fine job as well, but I think what makes this cast sound great is the fact that they took their work seriously. This is an adaptation from a comic book, and even though the plot is over-the-top and wild, the actors seemed to have put a great deal of effort and time into capturing their roles, which makes this motion-comic feel like so much more. 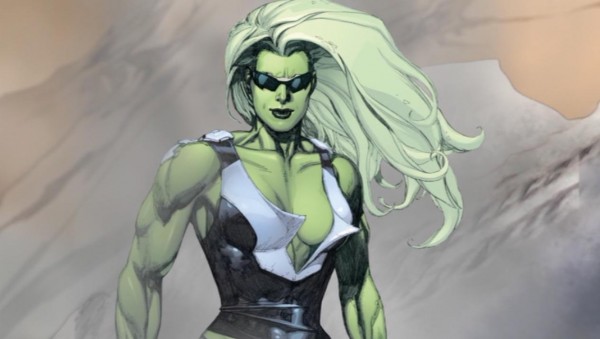 Extras
In terms of actual DVD extras, don’t go into this expecting to see a lot. There is a nice little featurette that has Yu and a producer speaking about the origin of this series which is rather interesting, but that is it. No bells or whistles, just the movie and a quick retrospective of sorts. For a DVD priced under $15 however, that isn’t too much of a disappointment. The packaging itself was made collectors, as the DVD is housed in a comic book styled case that is plastered with that beautiful art from top to bottom, and that alone makes it worth owning for the hardcore Marvel fans out there needing some new love on their shelves. Even though the material is cardboard, and plastic interior lining keeps your disc safe in its well crafted home as well, which is yet another plus.

Overall
Ultimate Wolverine Vs. Hulk has made a fantastic transition to the motion-comic world thanks to this Marvel Knights installment, with a fantastic presentation inside and out. The story told in a different way, but that format proves effective as each episode is guaranteed to leave the viewer in their seat until the final set of credits roll. The voice acting and artwork blend together to near perfection, and as someone who enjoys but is not a die-hard fan of the two anti-heroes at large here, I must say I was rather impressed with how much fun I had watching this collision occur. Marvel fans, this one is a no-brainer. To everyone else who is looking for something light, entertaining, and well executed at a low entry price – this is one hour of action that is worth every penny.