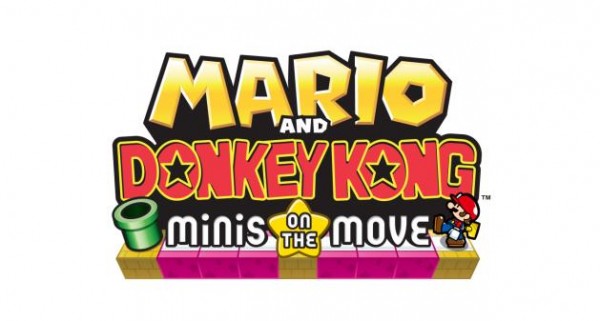 Overview
The “Mario vs Donkey Kong” series has evolved a lot over the years, allowing us to experience a more puzzle themed journey with our two favorite Nintendo mascots while trying to save the Princess all over again. Mario and Donkey Kong: Minis on the Move takes the namesake in a different direction, using one different but still familiar formula, and breaking it up into four different modes that offer something new to keep the player invested. Are these wind-up Marios starting to show some rust, or is this digital version just what we needed to see out of our beloved set of Nintendo toys? Let’s find out.

Gameplay
The old Mario vs Donkey Kong titles always required the player to find a way to get their toys to the destination by controlling the environment. Minis on the Move stays consistent in that approach, but uses a more accessible design for newer players to latch on to. If you have ever played Pipe Mania, Pipe Dream, or even completed those little hacking activities in Bioshock, you will be instantly at home here, as the entire game utilizes those types of mechanics to complete your goal. 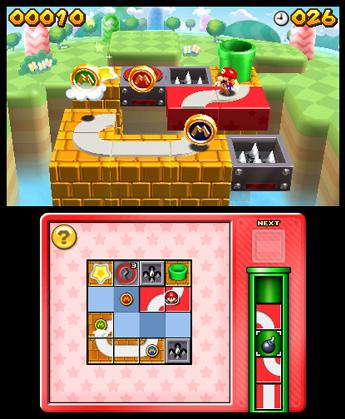 The main mode (and I use that term lightly due to the heavy amount of content within each) titled “Mario’s Main Event” has a small Mini-Mario waddle out of a pipe. On the bottom screen, a green warp pipe is also in place beside a more vanilla version of the map up top. As the player starts, a timer begins and you must catch tiles as they fall into the structure using the touch screen, and attach them to the map to build a course for our toy to safely traverse. Sure, it sounds simple, but that timer is constantly ticking and once more than five pieces fill the pipe, it is game over. This means the player must be on their toes and have a ready eye for the correct piece at all times. The stages themselves are rather bite size, but come in great numbers so just like a lot of current mobile titles, there is always a more complex puzzle that awaits right after your current victory. 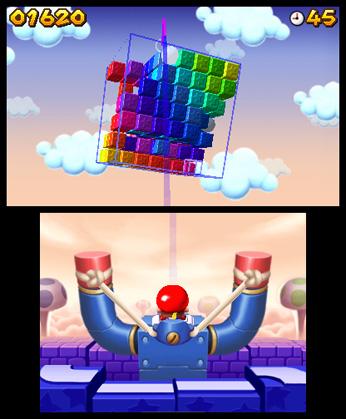 As stages are beaten, new mechanics enter the equation in an attempt to stump the player. Starting out, the player will simply be guiding their Mini-Mario toy to the star by connecting a path. As the game progresses, springs, enemies, and more pits enter the mix, making it more difficult to simply place pieces without thought. Yes, this means you get to use your brain in a tense, timed situation, but the charm of Minis on the Move keeps the atmosphere joyous enough make the experience pleasing, allowing the player to have many successes and failures as they quickly shift tiles. Bombs are also a big factor, as now and then an explosive will show up that can destroy a tile that was already set on the screen. Now, it does help to blow up an unnecessary piece, but you must do so with caution as bombs are rather rare, and one wrong placement of any tile will lead you to a game over in no time.

I wouldn’t be telling the truth if I didn’t say I wasn’t frustrated from time to time with Mario’s Main Event, as the timing of pieces and shape of the tile path on each can feel like luck a good portion of the time, meaning you might not get the next area of the path during your turn due to the falling tiles being of random design. Thankfully however, there is more than enough tools to get rid of bad tiles, so with a little patience and perseverance, Mini-Mario will be happily at that star and ready to continue on. 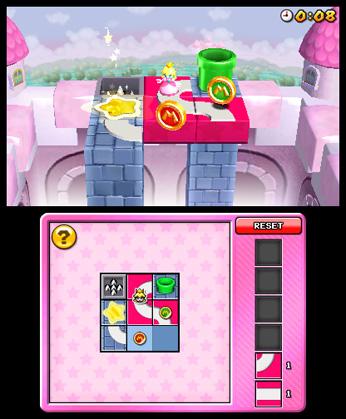 The best mode in the game is without a doubt Puzzle Palace, which bares a Princess Peach theme and comes with lower stress attached due to your needed pieces already being available from the start. It is kind of odd how that makes the experience more enjoyable, but with a few added mechanics and different level designs, it is this mode that quickly becomes the standout of the download. Many Mini Mayhem is also fun, creating a bit of chaos with the task of leading multiple Toads to their destination, but with the catch of swapping tiles on the map that are already placed by default. These two modes may not be the “Main Event”, but certainly allow the user to tap into some creativity without strain. 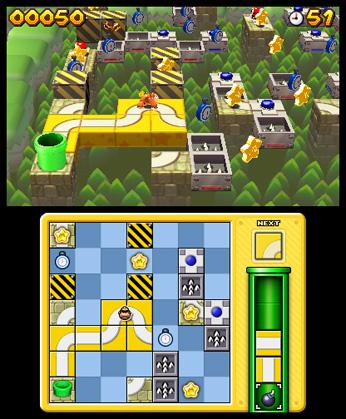 The mode to avoid sadly comes with the big Kong himself. I hate even saying that this mode is avoidable, but I just did not enjoy “Giant Jungle” much at all. Much like Mario’s Main Event, this mode has the player control a wind-up DK’s destination to the finish on a huge map with a hefty number of tiles. The timer is back, as is the pipe full of tiles – and due to the sheer size of the map, the journey has only intensified this time around. If this large map was present in a mode without a timer or the whole limited time aspect, there might have been a lot to enjoy within Giant Jungle. However, that is not the case as one wrong move means you must complete the giant puzzle all over again. It’s frustrating, and just seems like a miss compared to the delightful puzzle solving found elsewhere.

As for replay value, there is still a ton to be found. As I mentioned, there are a ton of stages to complete (over 180 in all), and each have coins that can be collected by setting up the appropriate path. This means you might just want to retry that level, even if you got to the destination just to get the colorful loot. For an incentive, Nintendo have added the ability to win toys and play a few mini-games as a reward for completion, but these offerings lack much substance and only offer a mild distraction from the main experience. Sure, I like polishing a statue of a new toy and there is a feeling of accomplishment to that collect them all scenario, but these rewards only go so far and don’t do much to broaden the actual gameplay due to the mini-games being forgettable party fare.

Visuals and Audio
The visuals in Mario and Donkey Kong: Minis on the Move are rather basic in 2D, but come in full effect while playing in 3D. You see, each map allows the player to rotate it to get better perspectives. While in 3D, this little feature adds more depth to the playing field, and makes the lovable little toys come to life even more as they hobble about. There isn’t a ton of detail when it comes to the artwork, but since we are dealing with toys, that isn’t much of a problem as the vibrant colors and solid shapes do enough to set a chipper mood. 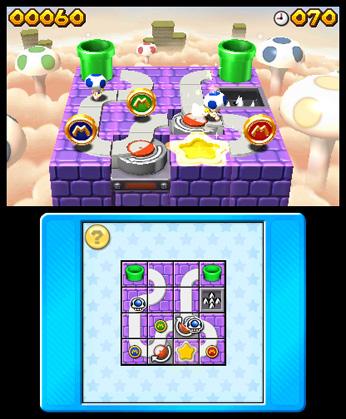 The soundtrack is fairly basic and even a tad uninspired compared to most Nintendo fare, but still chipper enough to come off as enjoyable. To be honest, it is the little familiar voice acting of Mario and Company that makes the sound, with the addition of small squeaks and wind-ups that give off the charms of these little robotic characters. As I said, this doesn’t have the full budget of a bigger first party Nintendo title, but it has the heart – and that is really all that matters when you are dealing with Mario.

Overall
The Mario vs DK franchise has grown a lot over the years, and while it does fit into the line of portable titles, Mario and Donkey Kong: Minis on the Move isn’t quite as imaginative as it’s predecessors. For just under ten bucks however, Nintendo have created a well-rounded package full of clever puzzles, accessible gameplay, and all of the Mario goodness that one could ask for that is just right for the eShop. Go ahead, set a path – as these little minis are well worth the investment.