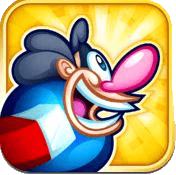 Overview
The iOS game scene contains a vast variety of titles ranging from the simple, mundane fare that sneaks by every day to the exquisite, rare gem of a game that should pop up on everyone’s radar. PagodaWest’s Major Magnet makes some bold claims with their tagline: “Faster than SONIC.  Braver than MARIO.  And just a wee bit clumsy – Meet MAJOR MAGNET the world’s most unlikely hero!”  Is Major Magnet indeed a name worthy to fit alongside the likes of Sonic and Mario, or should he be destroyed in the hottest fires of the nearest industrial furnace?  Let’s find out.

Story
Marv, the game’s protagonist, starts the game by losing his cape, which allowed him the ability to fly.  Grabbing the only thing on-hand, a giant magnet, he begins a quest to get his cape back, and unknowingly foil the evil Colonel Lastin in the process. 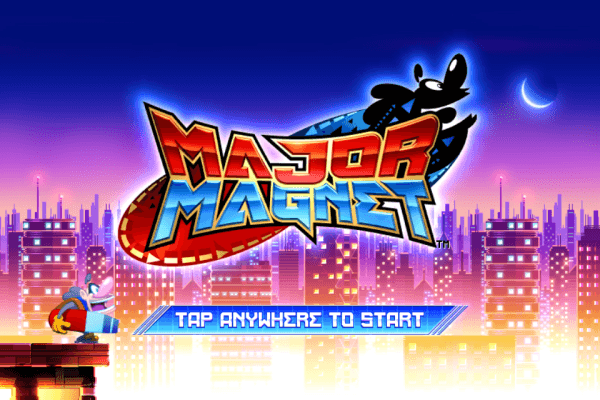 Gameplay
Major Magnet has, indeed, made bold claims by invoking the names of two of video games’ greatest platforming heroes, Sonic and Mario.  While the Major himself may not be quite as fast as Sonic, there are some striking similarities between the two, and Major Magnet is much better off for it.

The basic mechanics behind Major Magnet are simple.  Marv has a giant magnet strapped around his waist.  Players will use their fingers to activate and deactivate large magnets placed strategically in the world.  This will pull you to them and begin a locked-in orbit around the magnet.  From there, you can deactivate the magnet and let physics take over.  As you hurl through the air, you can activate another magnet or swipe your finger to rocket Marv in the direction of your swipe.  The mechanics work surprisingly well and make maneuvering through each level a fast, fluid, fun adventure. 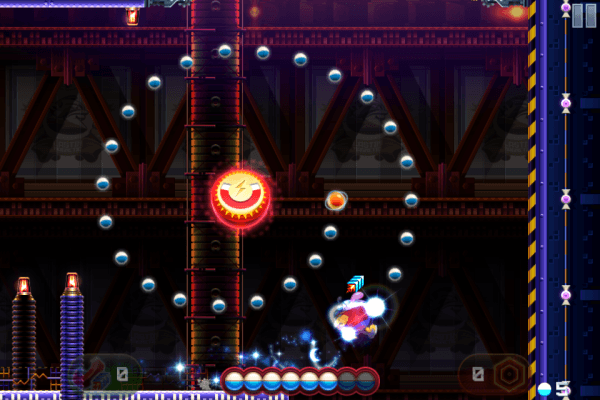 It’s easy to see that so much was done correctly with Major Magnet, but the level design is arguably one of the strongest reasons to pick up this game.  Much like the Sonic games of the Sega Genesis era, Major Magnet‘s stages are constructed to allow the Major to streamline into a flow and just blast his way through the levels. While Sonic excels with conveying pure speed, Major Magnet comes deliciously close to bottling that same lightning, and they do it without ever placing an enemy on the screen.

Major Magnet is separated into six distinct worlds, each comprised of 10 stages.  With each stage, you will hover through, collecting magnorbs, Major Magnet‘s in-game currency, and building up a score multiplier in the process.  At the end of each stage, you’ll be awarded an overall score based on your speed, multiplier, and magnorbs collected.  While this is a great feature if you have other friends playing through the game with you, by yourself there is no incentive for achieving higher scores except personal pride and an in-game achievement or two. 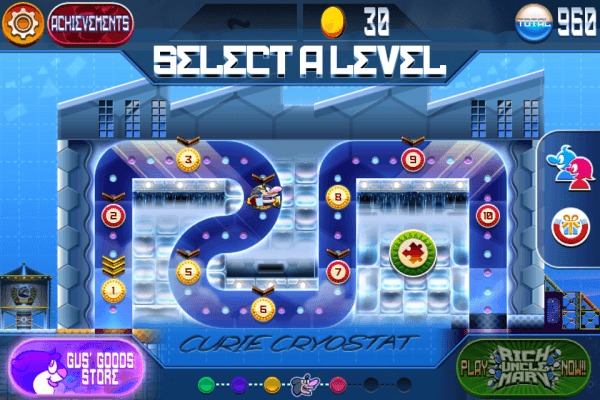 One of the weakest aspects of Major Magnet is the inclusion of a real-money exchange for in-game items that can give you an edge against friends.  While there are a couple of cosmetic items (colored dust trials for Marv), several of the items are performance enhancing in nature (shields, extra boosts, etc.).  These can be bought with in-game magnorbs, but you will likely burn through them far faster than you can acquire the magnorbs to replace them unless you pay the real-world money for some extra in-game cash.  This feels petty as they’re asking players to both pay for their game and then pay as much or more for items that could give them an edge against friends.  Unfortunately, this is a trend that has sort of set up shop in the iOS world.

Major Magnet also has a few in-game collectible items.  On each stage will be a pastry item known as a “bake.”  While these may seem like a fun diversion for a little extra effort at first, you’ll find that they’re required later in the game as a way of blocking players from progressing to later worlds without a set number of them.  It feels like an unnecessary way to artificially lengthen the game.  It would’ve been much cooler if they had offered an alternate costume or some other sort of pat on the back for collecting them all. 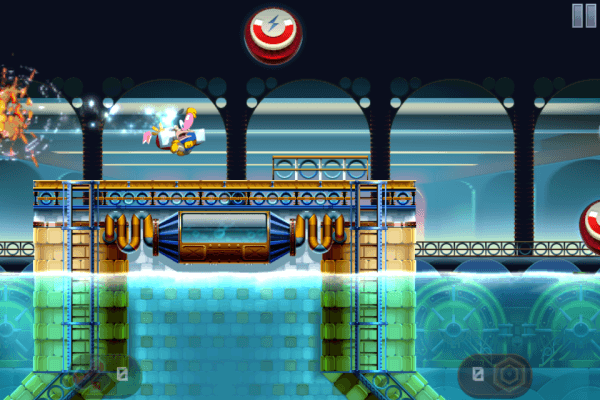 Visuals
Major Magnet‘s visual style is fantastic.  The character designs feel like something from Boogerman or a lighthearted Saturday morning cartoon.  Marv’s animations flow beautifully.  You really get the sense that unseen magnetic forces are hurling him throughout the world, and the sense of speed you’ll get is fantastic.  Each world has its own unique look and feel (sewers, ice, water, fire, etc.), setting it apart from other worlds in the game and offering you a welcome bit of variety.  Watching Marv reach the portal at the end of each level and fly into it offers a great, colorful sense of satisfaction as well.

Audio
It’s obvious that a lot of work has gone into Major Magnet‘s sound design.  Each world has its own unique theme music that matches the visual aesthetic beautifully, and has an upbeat, almost sanguine feel about it.  They help make each level enjoyable to play through.  The world map’s music is also snappy and vivacious – it would be fun to just sit and listen to it without ever playing the game.

Major Magnet‘s sound effects tie in well with the game.  Picking up each magnorb carries gives the sense of building your multiplier.  Hovering around a magnet conveys the sense that you’re hovering to and fro.  Most spot-on, though, are the retro sound effects from the menus that put you back in the shoes of that young child with a Sega controller in your hands without losing its own personality in the process.  It’s very well done. 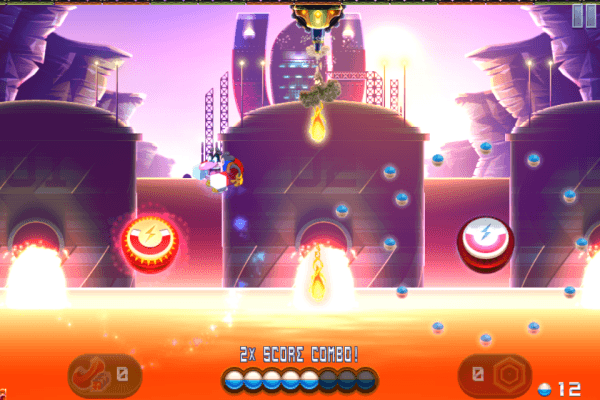 Overall
Overall, Major Magnet is a fantastic game.  With gameplay that flows well for its chosen platform, a vibrant, inviting look that does a good job conveying a sense of speed, and sound design you can tap your toes to, players with the means would be doing themselves a disservice to avoid this game.

As many longtime gamers will undoubtedly agree, it’s a hard line to toe when invoking the names of Sonic and Mario, but just as they were the mascots for their platforms, perhaps Major Magnet has the chops to do the same for the iOS.