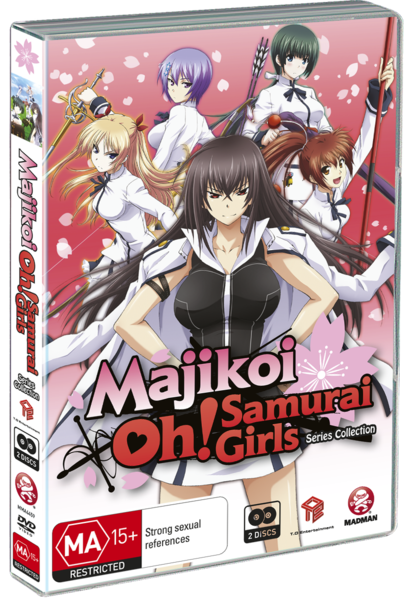 An Eroge by the name of “Maji de Watashi ni Koi Shinasai!” was released by an adult developer over in Japan called Minato Soft. The title is translated as Seriously! Please Love Me in English, but the title in Japanese is cut down to Majikoi. Since then, the story has been adapted into an Anime series that is less risque (but still pretty risque) than the game was. This review follows the Anime adaptation and not the VN.

Read on for my thoughts. 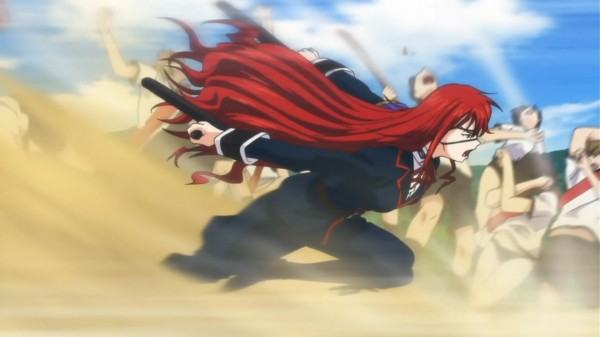 Maji de Watashi ni Koi Shinsai! follows the story of a group of students at the martial arts high school, The Kawakami Academy. These students are a group of girls and one guy named Yamato. Yamato is a guy that is really nothing too special in regards to fighting, in fact he is frequently attacked by his sensei (often incorrectly phrased as teacher, giving you this weird vibe throughout the show in the dub) in order to satiate her own fighting spirit. Even though this character is nothing too special outwardly, inwardly he is pretty cool. He has insane strategy skills and he has an alpha-as-heck personality that draws in all of the girls. 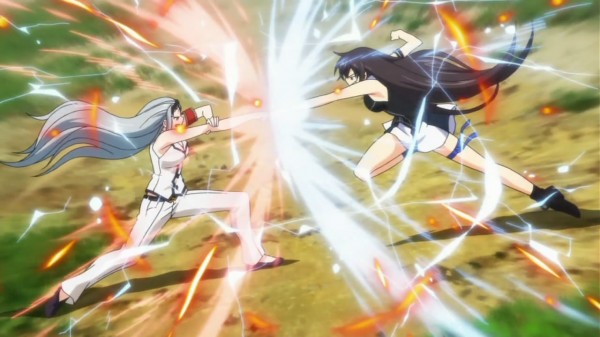 The Eroge visual novel follows many different paths and while I haven’t played the game, I can only assume this Anime series follows one of the storylines, or has it’s own ending. Fortunately the Anime is hilarious and the storyline definitely benefits from this. The only issue I’d mention, like I did up there, is that the main story kicks in kind of late. I think it may have been better if they spread the comedy episodes between storyline episodes, but eh, it works this way.

Oh! There was that one other issue where a large emphasis is placed on how the school operates really early on, but is seemingly dropped or pushed into the background (like really far back) for the rest of the story. I would have loved to have seen more inter-school politics and wars, but that never happened.

Overall, for an Anime series adapted from an Adult Visual Novel, the story stands on its own just fine. While it is a little harem-y, it is still an hilarious watch from a story perspective. Things become a little heavy at the end, but the humour is still there. 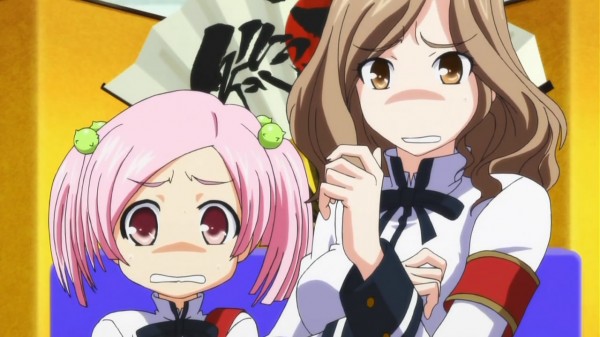 Visually speaking, Maji de Watashi ni Koi Shinsai! is quite hilarious. I think that with this series, it’s the visuals that really push the comedy elements forward and everything else exists to further the physical comedy within the show.

The best example of this is that one episode where the school is engaged in this festival celebrating what is essentially the male genitalia. Everything in that episode is a purely visual gag with supplementary audio work and story details. The town celebrates this appendage with various consumables, memorabilia and shrines crafted as giant “mushrooms” based on certain male models. And oh my god, that episode had every kind of visual gag you could think of. Small Mushrooms, girls suckling mushrooms, Loli holding mushroom making Lolicon almost die of bloodloss, and so many more that I can’t even go into detail with. 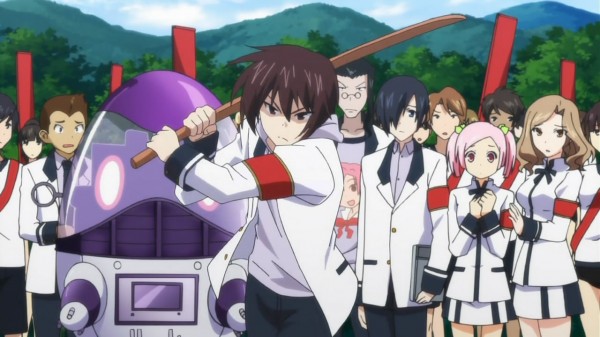 Trust me on this, if you’re watching Majikoi, you won’t be unentertained from a visual standpoint. Every episode is just a buildup of laughs after a buildup of laughs. The only reason you wouldn’t enjoy this show is if you don’t find low-brow humour hilarious. And really, who doesn’t find it at least a little funny?

This show also has a lot of the female anatomy on display throughout it. This is in-line with the shows background of being based on eroge novel, but it a lot more toned down in the Anime version. However, there are a bunch of hilariously perverse moments that you just can not help but laugh at the whole time. I could really use entire chunks of the Anime here as an example, but I’ll just point out a character to look forward to. The girl with the blue/purple hair. Keep your eyes on her. Hilarity ensues.

Maji de Watashi ni Koi Shinsai! has some of the most hilarious dialogue I’ve seen released on a licensed work in quite a while. Every joke is hilarious and even when the characters aren’t joking around, they’re usually doing or saying something that has an amazing comedic effect on the audience. 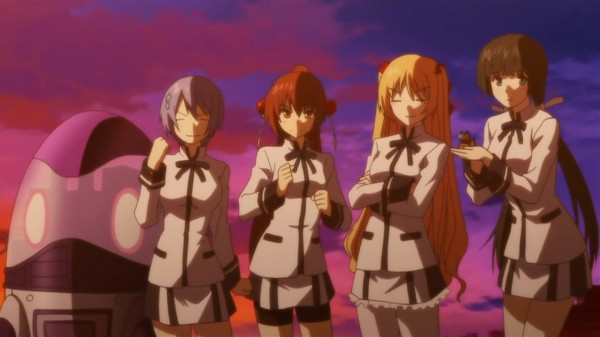 I particularly like the way characters interact with each other through the dialogue in this series. While each female character seems to only exist for Yamato, they all still seem to have a pretty decent relationship with each other, up until towards the end anyway. The one issue with the dialogue though is that the girls keep stating their attacks as they do them. I know that this is a trope of Anime and is probably a parody in this show, but it just doesn’t work for some reason.

The series also comes in both Japanese and English audio tracks. While I’m not entirely sure if the Japanese voice actors are the same as in the Visual Novel, they still sound pretty good. I have to admit though, that the English cast did a pretty good job of following the characters and had some pretty decent timing.

Majikoi has a bunch of extras that can be found on the second disc of the series as Special Features. These include a kind of recap like thing where the characters discuss the episode that corresponds with the track number, trailers, clean opening and closings and Japanese promotional videos. The cover also has some pretty nice artwork on the flip-side of the packaging. Umm… Maybe pretty nice is an understatement…

Majikoi Oh! Samurai Girls is an insanely hilarious series that any Anime fan will get a laugh out of. While it is not a quintessential Anime, or even one that would be regarded as important to watch, you would still be missing out by skipping this series. What would you be missing out on? Laughs. And really, what’s more important than laughter?