Apart from Newman on Seinfeld, I have no idea what mailmen do. Given my only reference point is lazy, and doesn’t deliver mail, I have no idea how mail ends up in my postbox in the middle of the day. Mailmen – the latest iPad game by iOS developers Sandstorm Interactive and publishers Ayopa games – is a game about just that. Well, sort of. 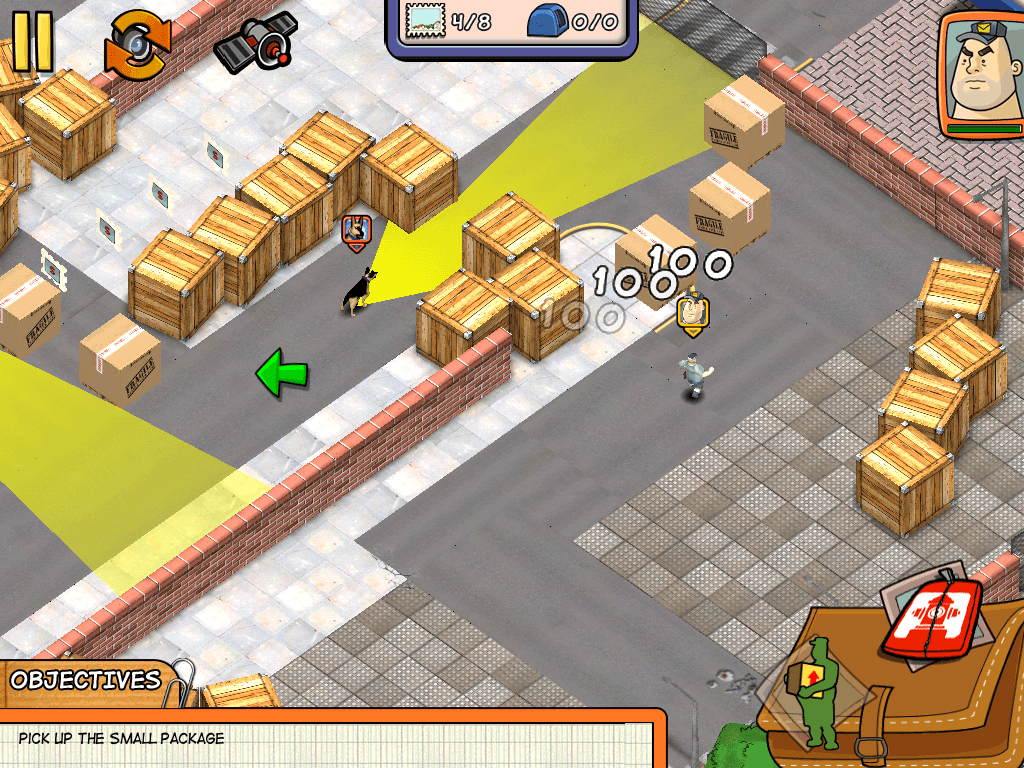 The story is rather straight forward – largely based around mailmen who are just doing their job. Delivering mail. There isn’t really a plot, or any twists to the story. It’s just delivering mail and avoiding dogs. There are a few villains thrown in to the mix, but essentially this doesn’t really add too much to the main story arc. The only notable feature would be the number of characters at your disposal – a team of three. The story involves them working together to deliver mail, which didn’t really provide me with enough incentive to keep playing. But that may just be me. 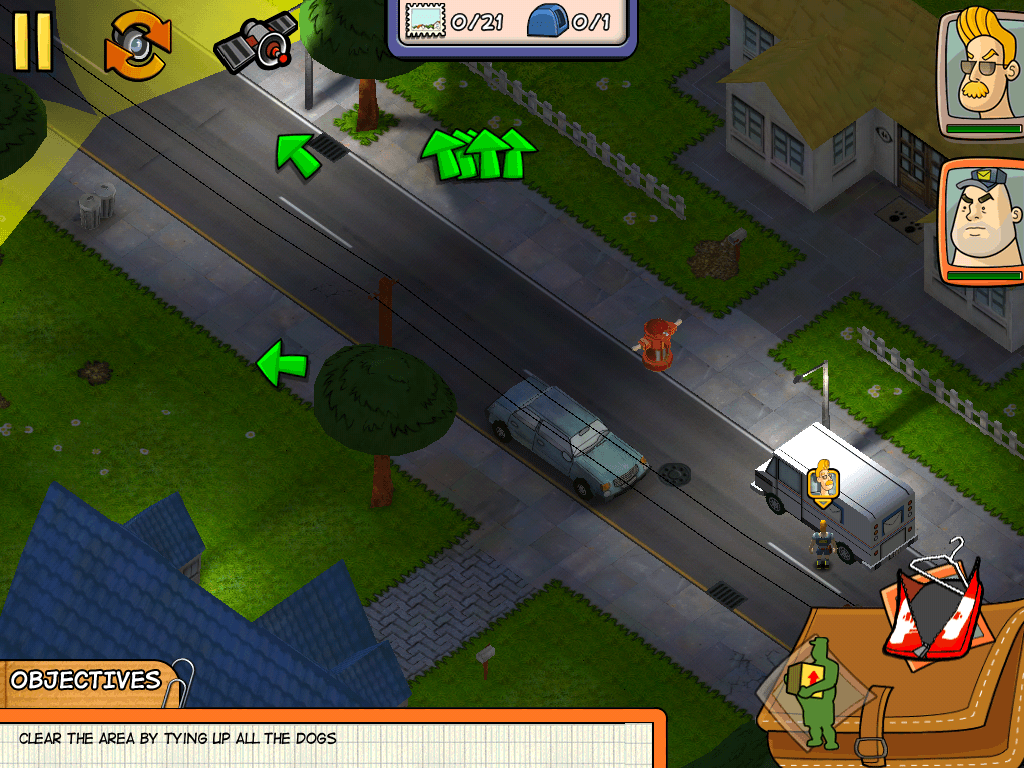 The premise is simple enough. Sneak past dogs, deliver some mail, and combat enemies who always involve dogs and for some reason hate mail. On paper, the game sounds fine, as long as you don’t have an issue with mailmen. Yet, in practice sometimes doesn’t sit quite right. The essence of Mailmen is stealth, you need to utilise the special powers and abilities of the mailmen you control within the game to sneak past angry dogs. Mechanically this is fine, the dogs have a graphic-based visual field and even if they do catch you, you can escape (but only so many times). The problem is the range of controls that are used to strategically move through the maps. There are a few too many, and the control system isn’t the most user friendly. If you like stealth based strategy games, then sure give this one a shot. If not then I very much doubt it’ll change your mind.

The mechanics are simple enough to pick up, which makes my next complaint even more valid. The first eight levels of the game are all tutorial-based levels. The chief mailman will tell you what is happening in the situation, and what tools to remedy it. Sure, perhaps the mailmen’s abilities don’t exactly speak for themselves, but being told what to do again and again can become a little taxing. The levels will require some planning to get through, which means that a full view of the map will become helpful, and knowing what abilities you have at your disposal will come in handy. But like I said, eight levels of learning is just far too much. 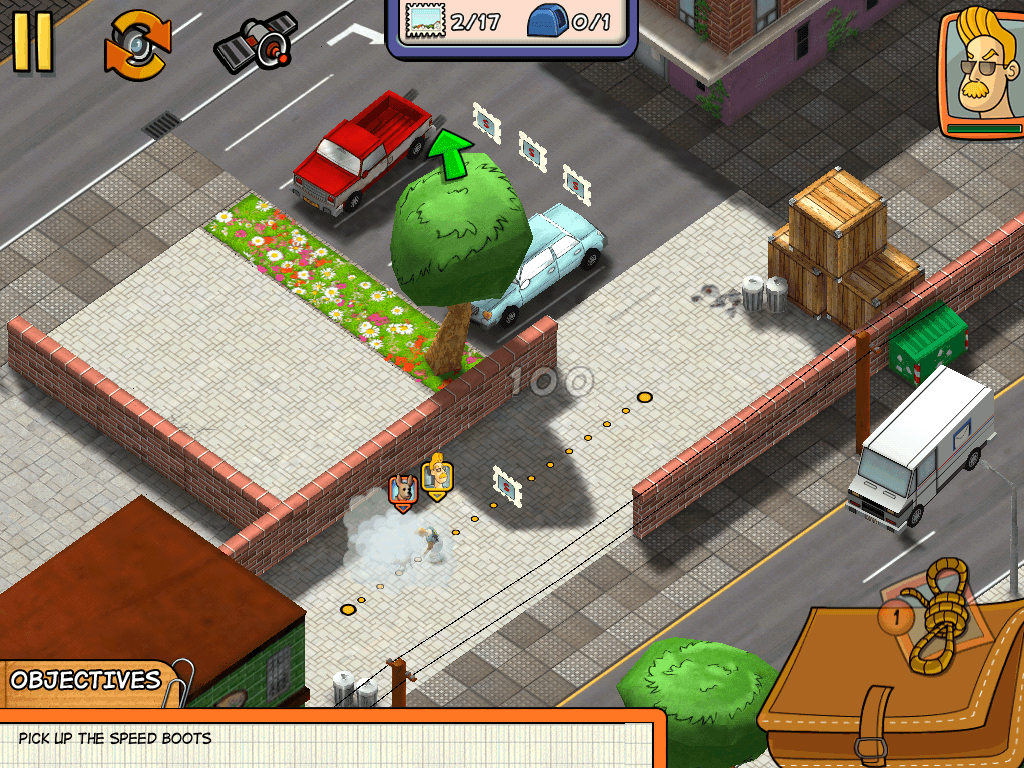 The visual style is a mix between three dimensional levels, and hand drawn looking characters. The diaolouge boxes are all obviously hand draw with hyperbolic cartoon character designs. The three main characters all, to some degree, epitomise their special abilities. With this in mind, they are well designed. The world itself is made up of some intricate mazes, and is rather interesting, but not visually stunning by any means. That is not to say it’s bad, just that it doesn’t sweep you off your feet. However, it is a unique and original design and I will give the designers that. The audio, too, is original, yet slightly repetitive. However, the background music is different and manages to capture that “suburban” feel – which is absolutely perfect for this title. 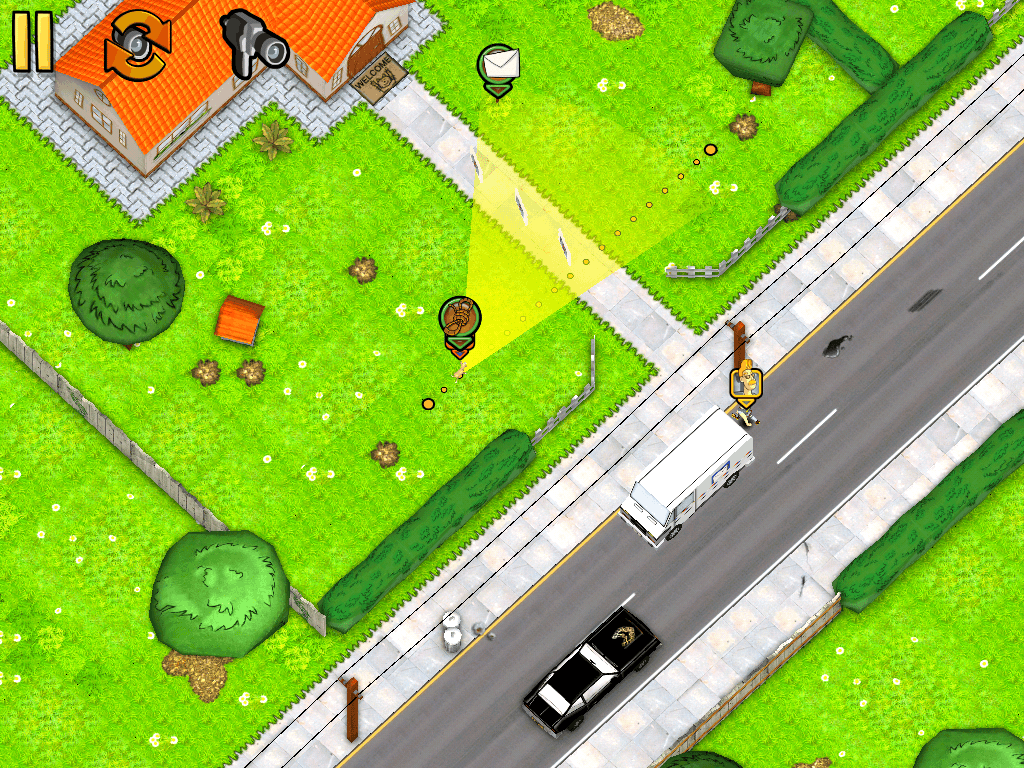 The idea of the game is interesting. However, it immediately won’t be everyone’s cup of tea. The idea of using mailmen is interesting, and highly original and the game itself does play out the story of mailmen delivering mail and avoiding dogs well – but mailmen just may not be what some look for in a game. Played out on the iPad, the mazes are rather inventive, and indeed some are difficult to navigate – but the hook that keeps you playing just isn’t there. If you like strategic stealth based games, give this one a shot. If not, then perhaps it’s best you return this one to sender.