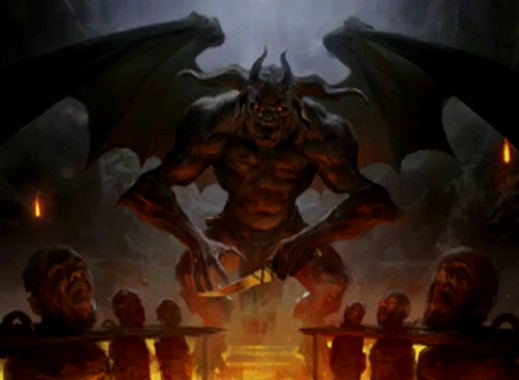 NOTE: Since Intro Decks are made for newer Magic: The Gathering players, I wrote the review to reflect that, and used some terminology that only Magic players will understand. This review was constructed using the Infernal Intervention Intro Pack with references to other standard-legal sets.

In Magic: The Gathering, Red/Black can be a really fun colour combination. Together they embody the philosophy of “cut off your nose to spite your face,” and have you sacrificing your own creatures and life total in order to deal large chunks of damage to your opponents. As such I was really looking forward to cracking this Intro Pack and seeing what it could offer. The results were a little disappointing to say the least.

Lets take a look at the cover card for this pack, Indulgent Tormentor: 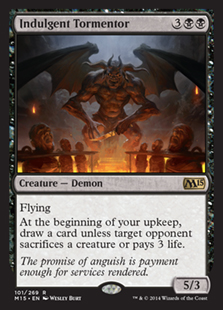 He is a really powerful card under the right conditions. His ability is incredibly relevant in just about every matchup, and his 5 Power is nothing to scoff at. Unfortunately he is limited by his relatively frail Toughness (there is nothing worse than tapping all your mana on turn 5 to drop this guy and have him immediately be hit with Lightning Strike). As the focus of the deck though, you could do worse.

The deck’s other rare is an aura card; Burning Anger: 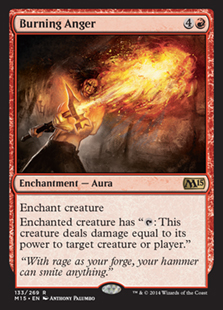 This is a great card, and easily playable in just about every deck that runs even a little bit of red. Being able to deal damage to a creature or player without ever having to attack is insane, and if you combo it off with some of the other creatures in the deck you can do some really cool stuff. Enchanting Indulgent Tormentor means that you put your opponent on a four turn clock before the game is over, or they deal with the Tormentor. Alternatively, you can chuck the anger on one of these guys: 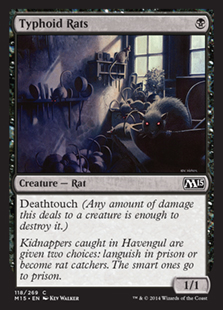 “That’s only a 1/1, why would I put Burning Anger on that!?” You would put Burning Anger on one of your deck’s three Typhoid Raids because they have “Deathtouch.” That means any single bit of damage they do to other creatures is enough to kill them, even damage done through Burning Anger. Even if they have a 15/15 creature on the field, it will die instantly to your 1/1 rat, without combat ever happening, and the best part is that it is a repeatable destruction ability, allowing you to clean up the path for your bigger creatures. 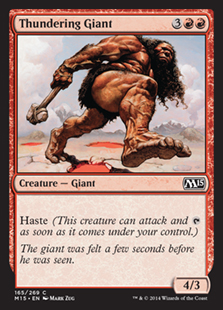 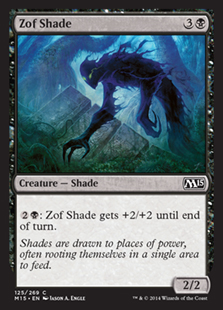 Aside from these, the rest of the deck is pretty “meh,” although it is filled with damage-dealing burn spells, and kill spells, the deck more closely resembles something that players would use during a Booster Draft or Sealed Deck experience than a constructed deck. While Burning Anger is a great card, the deck also includes things like Profane Memento that are just…well they are just bad. Since this is a pack for beginners and they are designed to teach players the difference between good and bad cards, as well as a bunch of interactions then it makes sense for Memento to be included, it does work with a lot of the cards in the deck but all in all it is just not very effective at doing so. 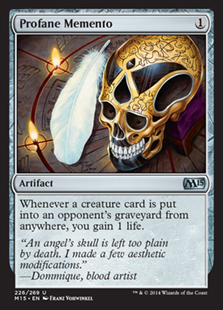 All in all there is not much that can be done to improve the deck in any considerable way aside from pulling it apart and using some of the pieces. Typhoid rats are fun and unexpected in constructed play, and the Indulgent Tormentor is definitely playable in other formats like Commander and is just a fun card if you want to throw together something fun for playing against your friends. Not every Intro Pack can be a total winner, and Infernal Intervention seems to prove that.