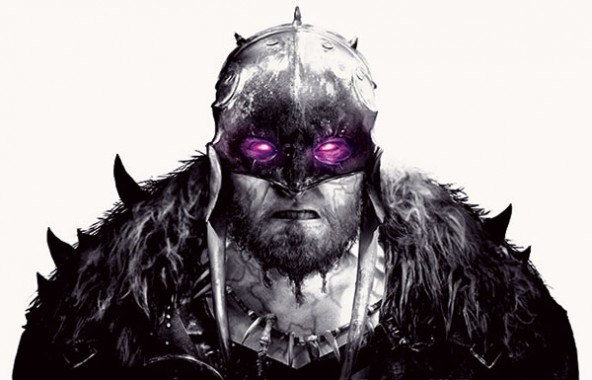 Magic: The Gathering sets are typically broken up into three categories; Expert-Level, Beginner’s-Level and Supplementary (it even used to be printed right on the packs). Core-Sets, like the recently released Magic 2015 fit into the Beginner’s category. That means at their core (heh, get it?) they are designed to introduce new players into the game. The cards are usually a little toned down and the abilities are not all that taxing for new players to understand. 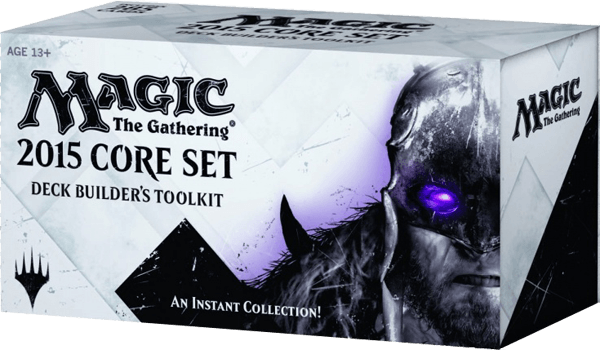 So when you have a set of cards designed to get into the hands of new players, you have to make sure that there is an effective and efficient way to actually get those cards INTO the hands of the players. That is there the Deck Builder’s Tookit comes in. The Toolkit provides new players with all of the necessary pieces to make their own decks, and really start to learn the nuances of the game.

The Magic 2015: Deck Builder’s Toolkit comes with 285 cards that span the last few sets of Magic: The Gathering. The primary focus is on the Magic 2015 set, but it also contains cards from the recent Theros block. Here is a quick breakdown of what you can expect in the box: 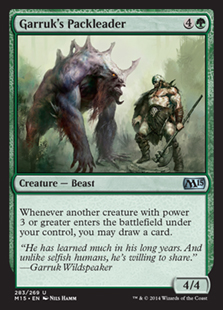 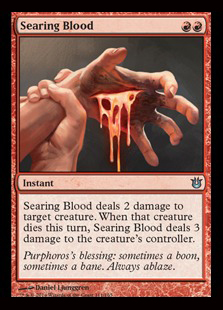 The set features a semi-randomized nature so as to provide an equal and fair starting off point for new players, and comes included with a tonne of common and uncommon cards that they will use for quite some time. Players aren’t going to get anything particularly game-breakingly powerful in the set (unless they pull insanely good cards from their four booster packs) which means that everyone will still have something to strive towards in the future. Not only that but two friends can each buy a Deck Builder’s Toolkit and lean the ins and outs of the game on their own without having to worry about either player having any real advantage.

This year’s Deck Builder’s Toolkit actually does something new for the franchise: It includes cards that can’t really be attained anywhere else. There are a set of cards (including a rare from each colour) that are only available in the Deck Builder’s Toolkit, or the free Sample Decks that Wizards sends out to stores. Here are the rares you will find: 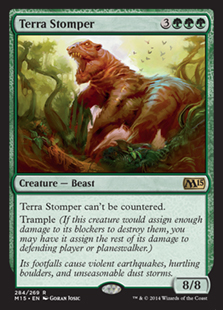 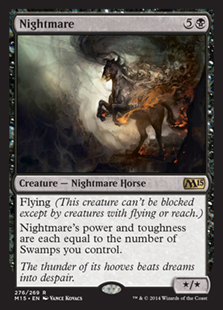 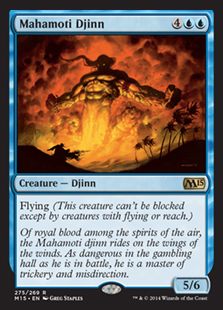 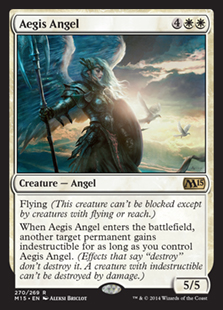 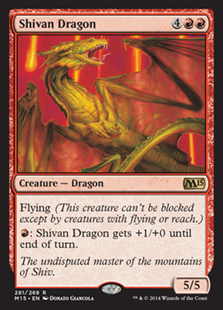 While none of these are exactly game-changers in the wide-world of Magic, they are great cards for new players to have. Shivan Dragon is a staple card of the game that has existed since Alpha and giving away a dragon to players is a great way to get them hooked (cause you know: Dragons are awesome!). Not only that but each rare kind of gives a feel as to how it’s colour traditionally plays. The white angel protects your cards, while the green beast just stomps over things. 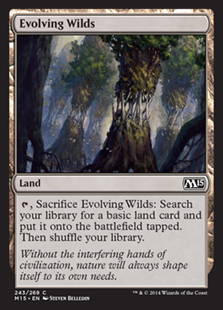 Personally, if I was looking to get into Magic with a Deck Bulder’s Toolkit then this is almost exactly what I would be looking for. The only thing really missing is one of Wizard’s classic 20-sided spindown lifecounter, which is an invaluable tool for new and old players alike (it helps to determine who goes first, as well as keeping track of player’s life totals). The dice comes as part of the Fat Pack, but I would like to see it included in future Toolkits so that it really is a one-stop place for new players. Other than that however, there really is no better product to pick up if you or a friend are looking at getting started in this crazy game known as Magic: The Gathering.