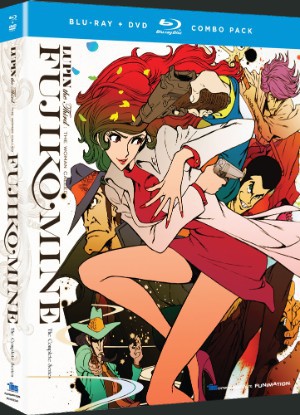 Overview
It’s been quite a few years since the last Lupin the Third series aired on TV, but in that time there have also been a number of movies all showing in more from the world’s best thief. Now, a new series has come and instead of following the standard layout of quirky adventures for the title characters and friends, this new series focuses on one big story line focused on the main female, Fujiko Mine. Does this new series have what it takes to carry the name of Lupin the Third? How does giving Fujiko a central role in the plot impact the entire series? Let’s see how Lupin the Third: The Woman Called Fujiko Mine turned out. 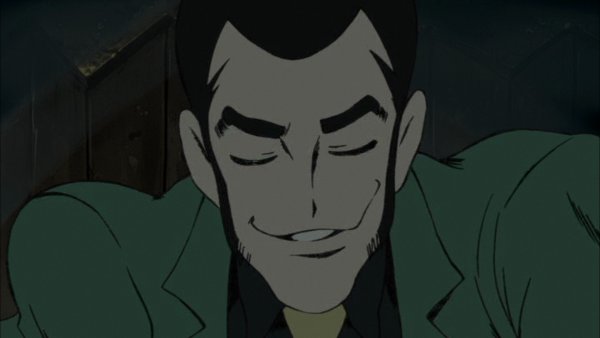 Story
The start of the series gets off to a great start showing off Lupin the Third on a grand heist in the midst of a sex-crazed drug cult and it isn’t long at all before he ends up entwined in the feminine wiles of Fujiko Mine herself. Fans of previous Lupin the Third works will notice that Lupin and Fujiko have their first meeting here, casting this as a prequel to the main series’ many are so fond of. This does not impact it negatively however, in fact adds to the depth of the story seeing the interactions between the two as they meet for the first time and of course he sets his eyes on her as a prize. Plus, Zenigata does make a small appearance solidifying his presence and even adding in a new character in the form of Oscar, another police officer under Zenigata.

It is at the second episode were the main difference from other Lupin works, as Lupin is completely absent and instead focuses on the first meeting of Fujiko Mine and Jigen. The third episode follows suit having Fujiko meeting Goemon for the first time and bringing the whole cast of characters together at last. Well, not together, but at least present. This direction indicates the intended focus of Fujiko and her story in the series, while not being boring with the lack of Lupin in each episode. Every episode, and story therein, paces the plot well and keeps the viewers on their toes. 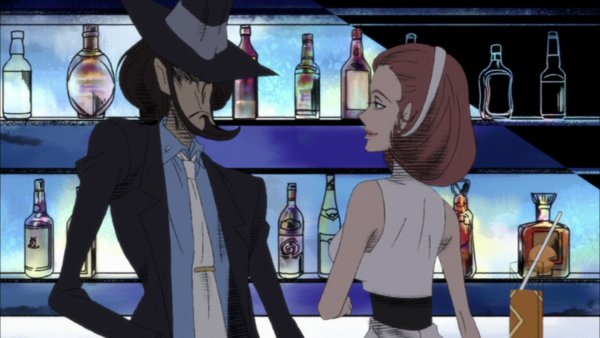 The main course of the plot becomes apparent when Fujiko starts having her flashbacks. Showing off Fujiko as a little girl in not pleasant circumstances is both dramatic, unsettling, and intriguing all at the same time. With a much darker tone, as well as much more sensual, it brings the series to a very different place than other Lupin works, but even more amazingly it works, well. The sensuality comes close to being excessive, but does not cross the line as Fujiko herself uses her sex appeal to get the upper hand, and the series simply allows it to be shown.

The plot is as crazy as any Lupin story and certainly never feels dull. the darker tones make it very different and in terms of the story, this is for the better. With plenty of twists and turns as more and more flashbacks are revealed and answers are drawn closer and closer, the story is a testament to great writing. While the imagery and revelations themselves, give viewers even more incentive to repeat viewings. This is a uniquely, dark and beautiful one shot story within the world of Lupin the Third. 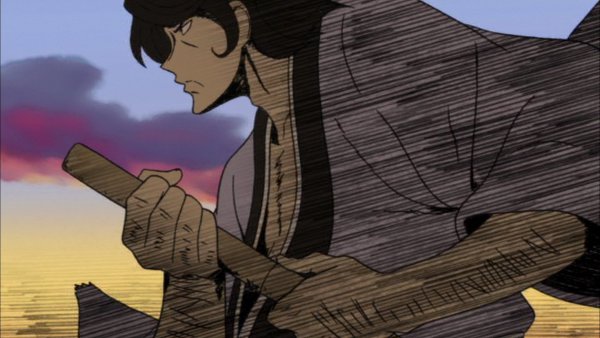 Visuals
The sensuality of the show is apparent from the opening, featuring Fujiko completely bare, tastefully in black and white of course, the series puts no holds on showing off her body. Within the series proper, the art style reflects the past 70’s anime-esque look, but adds in a great deal of shading both for its darker tone and to look much more like the Lupin the Third manga. The most unique however, are the flashbacks Fujiko experiences throughout the series with bizarre coloring and perplexing imagery. These flashbacks not only set themselves apart, but still manage to fit in as a whole. The characters still look the same as past incarnations, with Lupin, Jigen, Goemon, and Zenigata all sporting their characteristic outfits, and of course Fujiko being the one mainly playing dress up as she moves from score to score.

Audio
An interesting aspect of the original Japanese is that there are few returning voices for the main cast this time around, while the English dub utilizes many of the voices from at least some past series or movie. Because of this it was almost more comfortable listening to the English track as they felt more familiar in the roles. Both tracks do a excellent job with the voice acting however, as many of the characters show off a wide range of emotions and the actors capture this throughout. 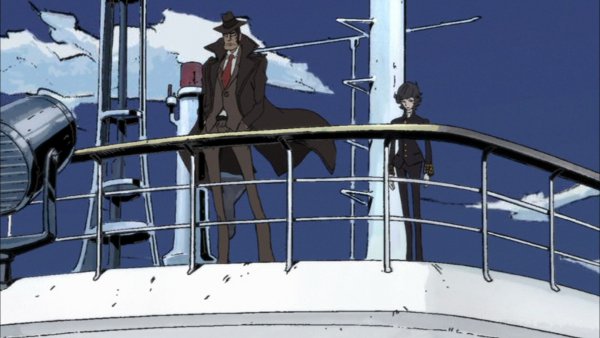 The music aspect is interesting, while the majority of the music has the classic Lupin feel, the flashbacks that occur contain music that fit the drastic change in art and mood. Unnerving and even a little distressing when combined with the visuals, the music of the flashbacks add to the weight of them as a whole, making them even more heavy with their inclusion. The opening is interesting in that there isn’t an ordinary song, but instead “New Wuthering Heights” by Naruyoshi Kikuchi, a mostly prose accompanied by music that is dubbing in the English track, which sounds like Fujiko lamenting about herself and how she feels inside through the series. The closing theme is closer to the norm with “Duty Friend” by NIKIIE that follows the series’ themes of questioning ones past and Fujiko’s feelings on affection.

Extras
Including a set of commentaries, one on each disc, this DVD release has many of the standard special features known for in a FUNimation release. Textless opening and closing, as well as trailers for both the series and others are also present, but thankfully there is one more special feature in the form of an interview with the English voice of Fujiko, Michelle Ruff, as she talks about working on the project, her history with past productions, and her inspiration for her voice of Fujiko, which all provides a nice additional insight into even more things Lupin related. 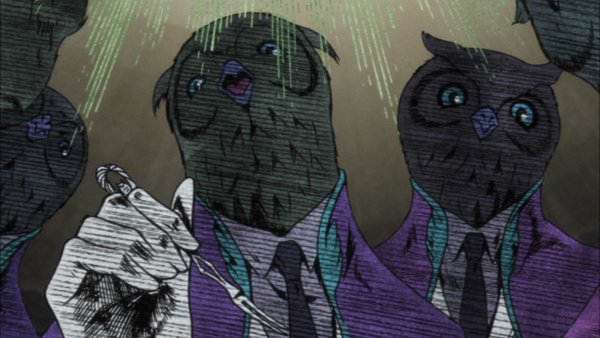 Overall
While this is different than many fans of Lupin the Third may expect, this is not at all a disappointment. Combining a darker tone, sensuality, and questions of Fujiko’s past, The Woman Called Fujiko Mine is a series that pulls in viewers to the end. Every element feels great for their part, with the flashbacks creating a stark contrast that makes this series its own. Those willing to give this series a try, should find an impressive one of a kind experience, even for Lupin.