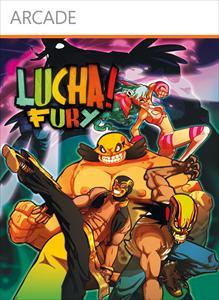 Overview
When I first started playing this game, I became immediately excited. Lucha Fury looked like a Mexican wrestling version of Streets of Rage 2, game originally available on the Sega Genesis. Streets of Rage 2 brought emotions of killing enemies with unique powers and weapon pick-ups. I was hoping that the gameplay would be similar, but I was mistaken. Let the fury begin!

Story
“This story like most stories starts… with a chicken.”

An ancient recipe for the nectar of the gods has been found and created into a powerful energy drink named Pollojo. The olds gods are unhappy that this power has been found and start wrecking havoc on the world of Lucha Fury. Four unaccomplished luchadores embark on a quest to restore their beloved Pollojo. Perhaps they can even save the world in the process. 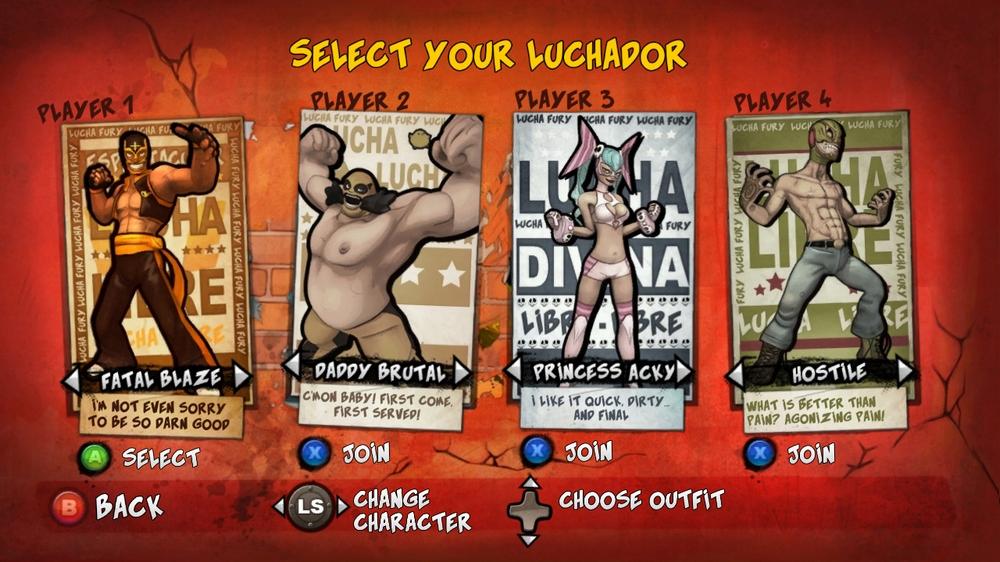 Gameplay
The problems of the game is the functionality of the move set and gameplay fluidity. The developers include an introductory level that provides the basic moves available. After each level you are able to unlock a move in a character’s skill sheet. New moves are harder to utilize because they rely on button combinations. Why try focusing on complex combos when the basic moves are the quickest available to use and just as efficient?

Humor may be Lucha Fury’s only saving grace. Most of the basic enemies that you encounter tend to flail towards your character like a frantic chicken. Holding on to the chicken theme, a chicken may drop from an enemy once you are low on health. By punting the chicken, a Pollojo energy drink drops. Walking over the drink restores your health. 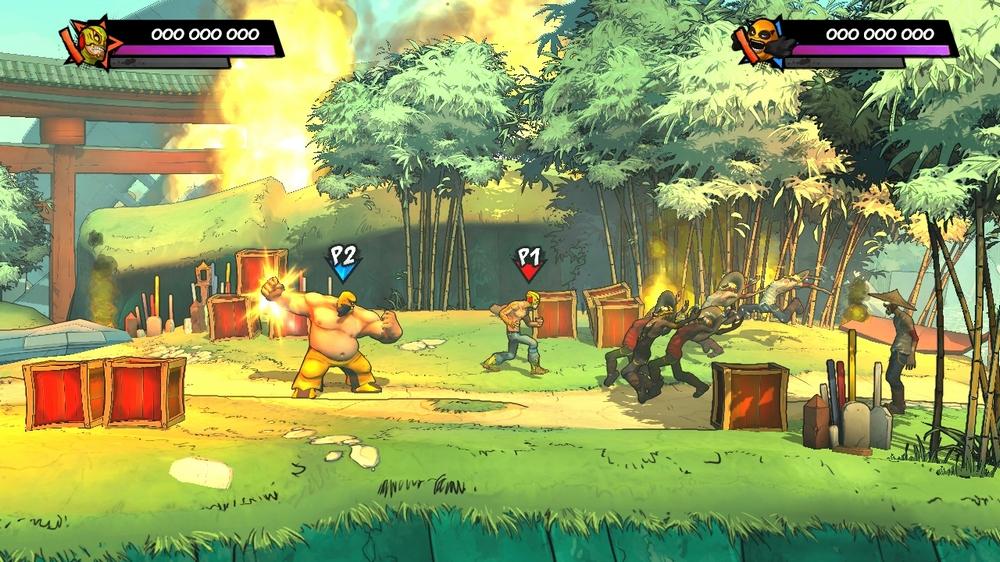 Upon death a countdown commences. During the countdown, the player is put in a dazed state and must find health in order to continue the stage. The level restarts if the player cannot find health in time. This is perhaps one of the worst game mechanics because of stage length. I would rather not re-play a five minute level that I nearly completed.

To avoid unnecessary backtracking, the developers could implement a lives/continue system like Streets of Rage 2. Once a player runs out of lives, the game would ask if he/she would like to continue. If the player chooses “Yes”, a portion of the overall score would be deducted in order to re-spawn at the current death location. Otherwise the current score could be placed on the local leaderboard, and the game would end.

There isn’t any online multiplayer for Lucha Fury. The main purpose of a multiplayer game on a network console should be to incorporate an online feature. Even with the lacking mechanics, online play would bring players together and at least co-op in landing devastating wrestling moves. Nevertheless, one to four players can play locally on a single console. Local scores can be uploaded and compared on Xbox Live leaderboards.

Graphics/Audio
The visuals are sufficient, but as a player you may feel lost in your surroundings. With the exceptions of one hefty playable character, you are a very small portion of the game’s screen. For example, there is a level where you must jump from one semi-truck to another. The first few times I tried to make a jump I missed the adjacent vehicle because of an unknown gap size.

From animations to special effects, the game is very detailed. You can see power attack effects when they performed. Picking up chairs and barrels are animated nicely, but be quick to release before you are hit – especially with an explosive barrel. When you are smacking up enemies, dazed opponents display a ring of rotating stars above their head. 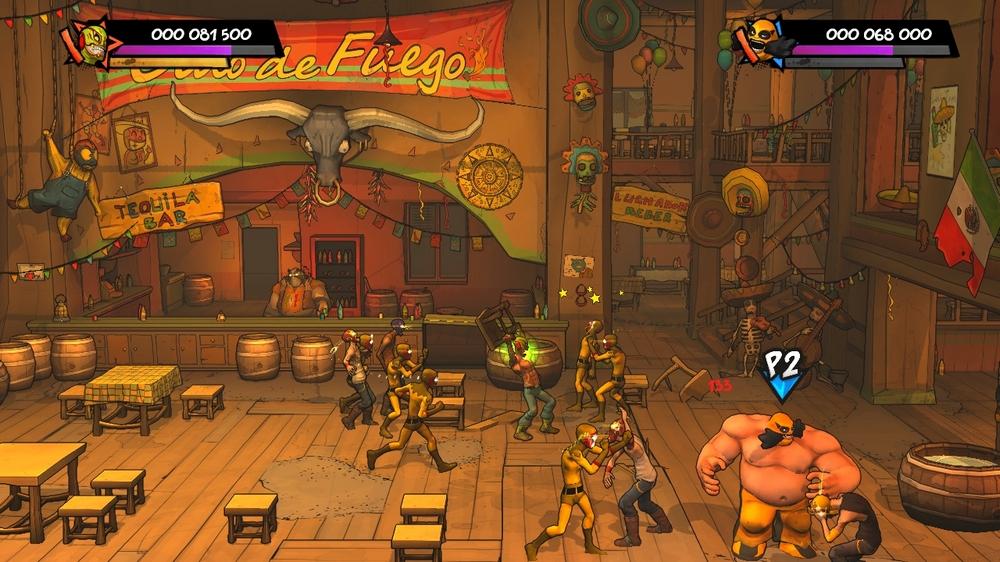 Chickens yelping as they are punted make for an interesting effect. I am not sure if you can copyright punting chickens, but the Fable series sure made kicking a chicken fun. To punt or not to punt – is that a serious question?

Characters do not possess many sound effects. Normally if your character takes damage they would grunt or scream in pain. One of the only instances that your character makes noise is during a special move. If I am about dead, I want my character to let me know. Scream baby, scream! 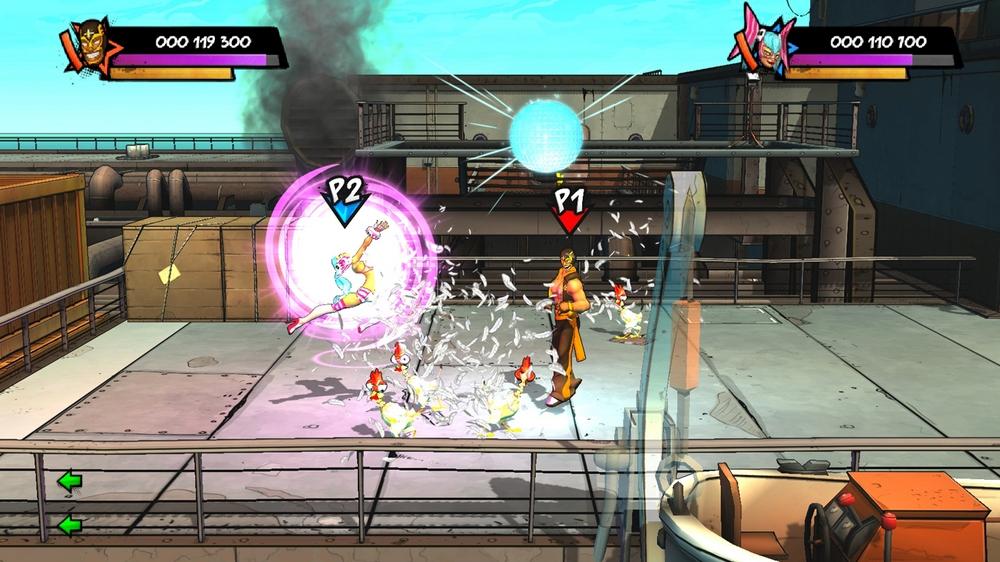 Overall
Lucha Fury works as good as a broken down vehicle that is leaking antifreeze everywhere. Poorly constructed gameplay mechanisms ruin the game’s core. Combat becomes awfully repetitive using basic moves against easy fodder or extremely hard bosses. The length of the level can be shortened to maintain interest. If I have to ask “When is this level going to end?”, the level is too long for a side-scrolling game. Crude humor and creative visuals spice up this beater car, but do not be deceived by the chicken. Lucha Fury shines like a polished turd. It looks pretty, but please don’t touch.

Lucha Fury infuriates me with