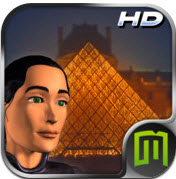 Microïds is famous for their adventure games, releasing such classics such as Syberia and Still Life series. Recently, Microïds has been focusing on the iOS platform, developing new games and updating their older games. Louvre: The Messenger HD is the result of one of their updates, originally titled The Messenger in English and Louvre: L’ Ultime Malédiction in French, the game was released in 2001. How well does this game translate to iOS?

Louvre The Messenger HD follows Secret Service agent Morgane tasked by a ghost to recover four artifacts named Satan’s Keys. A cult called the Black Templars looks to bring together these four artifacts and bring Armageddon upon the world in vengeance for the destruction of the Knights Templar. Morgane is able to collect the first artifact in modern time, but is sent back to the Louvre during the Medieval, Renaissance, and the French Revolution to retrieve to save the last three keys. 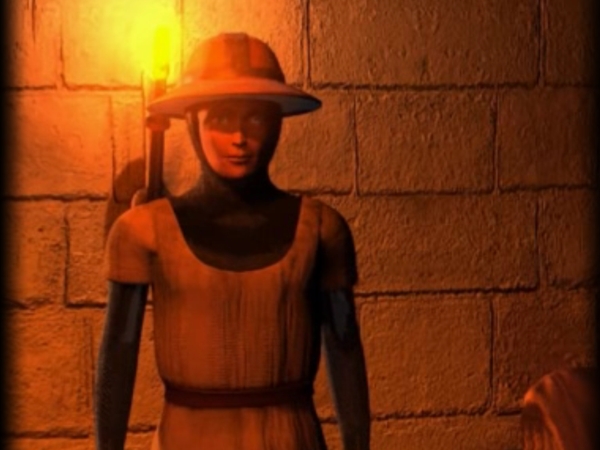 The story is mostly told through short cut scenes with full English voice acting. I found the story to be a little thin and at times convoluted. There are some hilarious moments in the game, most of them involving a sexual situation or the fact Morgane is a woman. This is definitely not a game to share with the young ones. Although the story is passable, I expected something stronger and more interesting from an adventure game.

Louvre The Messenger HD is a touch screen port of the original game. The game is spread over multiple scenes that players traverse by pressing golden arrows to move about the game. In each scene, players are able to move the camera in a full sphere around them. Objects that can be interacted with have a little golden gear to mark their position and objects that can be picked up have a golden hand print. The controls are solid for the exception of a few small hiccups and annoyances. There are moments where the control scheme can be irritating. For example, closing text boxes requires tapping the text box itself. I would have liked to see either a button with an X on it to close these text boxes or having the text box closed when tapping anywhere on the screen. Some smaller buttons did not translate onto iOS well either, as fingers are simply not as accurate as a mouse pointer. I dread to think how one puzzle would have fared on the iPhone or the iPod Touch considering I had enough grief with it on the larger iPad. 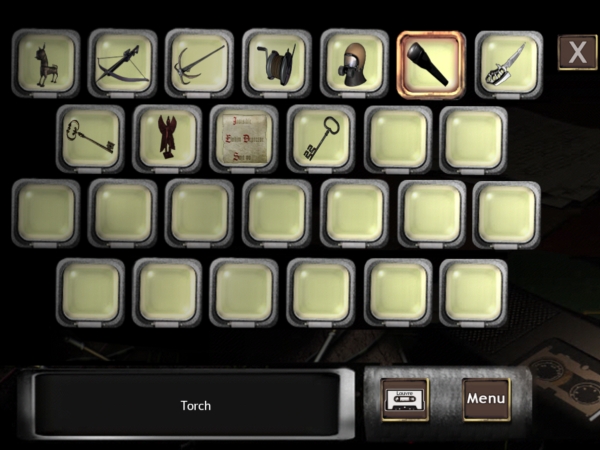 The puzzles are the most interesting part of Louvre: The Messenger HD. They are creative and at times rather devious. They range from simple find key and open the door puzzles to complicated puzzles requiring the retrieval of hints and the use of logic to solve. A few puzzles are limited by time, which I found was hindered by the slightly unwieldy controls and the rare glitch. Thankfully the checkpoints are extremely generous and will simply put you at the beginning of the puzzle to try again. Puzzle fanatics will not be disappointed by the Louvre.

The visuals were not updated in Louvre: The Messenger HD and its age definitely shows. On Retina screens, the graphics are rather blurry and of rather low resolution. The cut scenes are plenty, to a fault at times. The cut scenes are noticeably even lower in resolution and are disappointing on the new iPad. Considering half the doors have their own cut scenes to show they are being opened, the skip cut scene button will become a fast friend to players. Unfortunately HD in the game title seems to be a bit of a misnomer. Compared to adventure games released for the iPad today, the graphics are a bit of a disappointment. However, if you consider the fact this game was released in 2001, it looks pretty good. 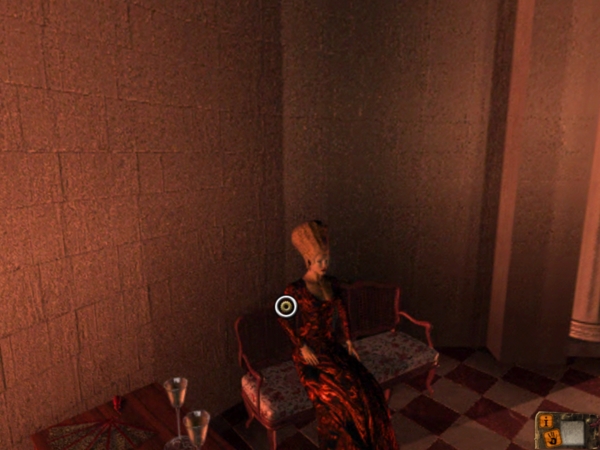 Louvre: The Messenger HD provides a solid audio experience. The sound effects are of good quality and are not repetitive at all. Ambient noises mixed with time period appropriate music provides fills the background of your adventures. There is plenty of voice acting that is surprisingly well done. Although I find it curious that none of the voice acting was done with a French accent considering the whole game takes place in France, I am extremely happy that they didn’t butcher a French accent either. I personally believe accents are a do it right or don’t do it at all sort of deal.

I did find the volume of the voices was low compared to the rest of the game even at maximum volume, requiring me to crank up the volume during cut scenes.  To worsen the situation there are no options for subtitles in the game. I have a habit to keep subtitles on for games I play to make up for my less than stellar hearing. I would imagine those with more difficulties with hearing than me would have a worse time with the audio of the game considering the whole storyline is told through the audio in cut scenes. 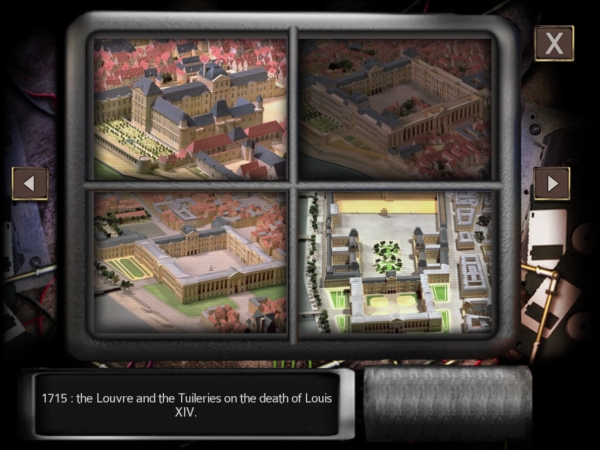 For those die hards looking for a throwback to old school adventure games or love puzzles, I strongly recommend picking up Louvre: The Messenger HD. But for the less hard core fan, I struggle to recommend the game at $3.99 as its storyline struggles, its graphics are showing its age, and slightly irritating control schemes. Instead, I suggest picking up the game when on sale. Louvre: The Messenger isn’t a shining example of the adventure genre, but will satisfy a craving in a pinch.