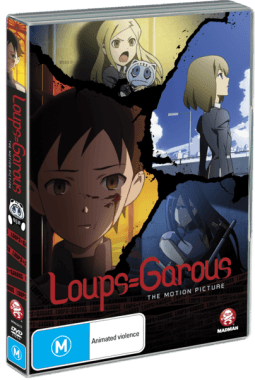 Season after season we see Anime titles trying at the “bleak future” storyline, some of them do it well while others do it NOT so well, Loups=Garous flies somewhere in between good and bad. Loups=Garous was originally a novel by Natsuhiko Kyogoku then in 2010 the motion picture was released. It’s an odd movie with an odd name and an odd storyline to say the least but it does it’s job as an anime movie and will, more or less, take audiences by surprise. 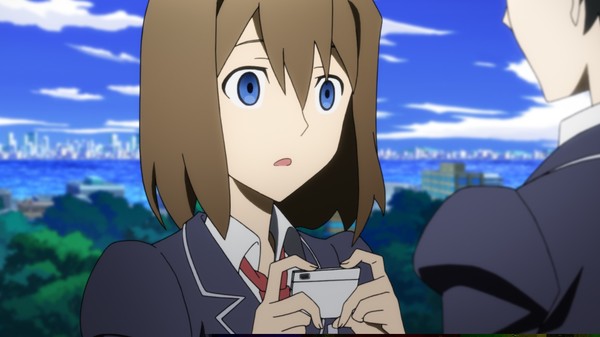 One of the many main characters.

Like I mentioned above the story is kind of odd, I’m going to explain it in very little detail because there are some twists within the movie and a lot can be spoiled by giving too much information, so here I go: Basically the story revolves around a group of young girls who live in a society where everyone live digitally, so digitally that the main character scans her food before eating just to make sure that it is what it’s supposed to be. Everybody is monitored and cameras rule the streets, not to mention the police officers who constantly roam, and it all seems like this beautiful utopia. Someone close to the main group is murdered and they take it upon themselves to search deeper and figure out as much as they can, that’s when things get messy and crazy and, somewhat, convoluted. The story really does get twisted and extremely dark throughout, we see such a change in characters and we tend to learn a great deal about the characters in really odd and striking ways which would work great in an anime movie where there was enough set-up so that the audience actually cares about the characters. This is not one of those anime movies. We see little character development and then too much development in almost an instant, like there was no lead up to it at all, that’s what I thought anyway. These characters interact and they grow closer yet not closer and they’re friends yet not friends which, yes, does make sense considering the world that they live in where many people are segregated form each other but it just seems like it wasn’t done well enough in this movie. 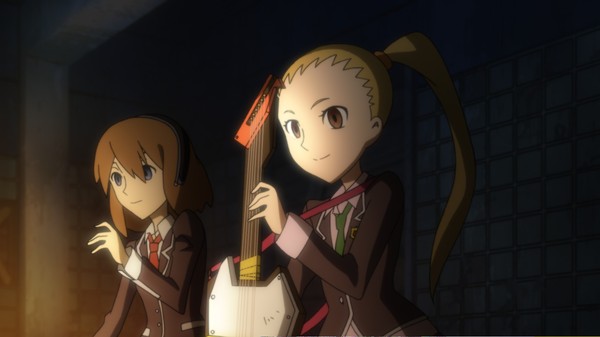 While the characters and their growth needed work the actual story itself was really, really good! It got so deep, evil and twisted that by the end of it you really didn’t know who was the bad guy or even who seemed like the bad guys at the start of the movie were. A lot of things that happened actually felt out of place and like they didn’t belong and I think that was because of its rushed feeling. Yes, the story was excellent but I felt that it was rushed, I really think it would’ve been better suited as an anime series not movie so it had time to pan out and grow and actually eventuate into it’s conclusion instead of throw everything at you within the last thirty or twenty minutes. That’s not to say it wrecked the story, the execution was off and it felt like some key information and elements were left out but there’s enough story there to keep you interested. Trust me. It was the only element that kept me glued to the screen. If the characters in this movie were less boring and developed a lot smoother I feel like it would’ve blended with the story and the two could’ve complemented each other so much better.

The designs of the character, in my opinion, are very basic in the way they look. I can understand they were trying to go for a realistic approach but from what actually happens in the movie they could’ve ditched that approach and it would’ve worked better. There was no flare when it came to the characters, they were flat (I’m not talking about how they’re in 2D either) and lacked appeal. What did blow me away was the backgrounds and animation. The animation was so damn smooth and looked really nice, it was so fluid and never seemed choppy or like it was lazily animated. The backdrops were quite beautiful, the vibrant ( turning to dark) colours really suited the story and the locations did the same. When they wanted you to feel lonely you felt it and that was done simply by the way the setting looked. At one point the CGI style of animation was used and it was actually done really well, it wasn’t over done and it didn’t seem corny at all. Visually this movie was top notch, not perfect, but really good. 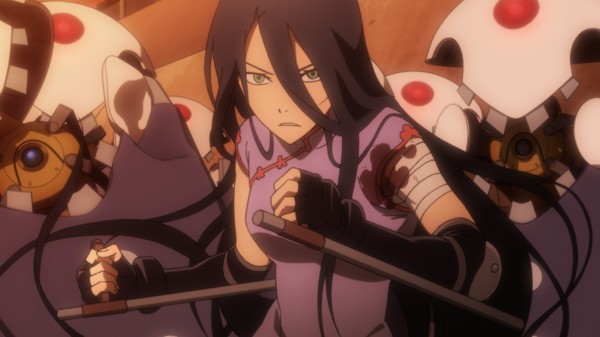 The kick-ass member of the group Myao.

The dialogue and the voice acting is, and I hate to say this, really boring. Most characters are so mundane and even the ones that aren’t are just straight out annoying. The voices are really monotone and the actual dialogue that these characters have is simple and, sometimes, stupid. Things like; at one point in time a man tells our main girl Hazuki that he’s locked all the doors, she runs away from him and to a door and tries to turn the knob…it’s locked, she says “Oh…it’s locked…” in a really underwhelming way. That’s exactly what was wrong with the audio. It was straight out boring. What did get my attention was the music of the movie. Damn good! It was well placed and worked so damn well. The music was done by the Japanese band SCANDAL and they did an awesome job. As much as the voices annoyed me I stuck around for the music. 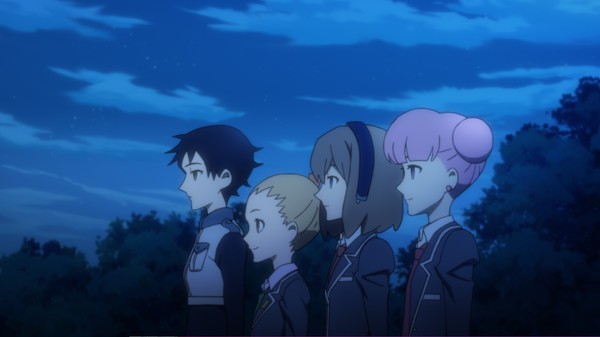 Our whole cast. From left to right: Kono, Mio, Hazuki and Yuko.

The extras in this release are really cool and there’s so many of them. There’s an interview with the Director Junichi Fujisaku, an interview with the Japanese Cast, an interview with Natsuhiko Kyogoku the Original Author and so much more that will keep fans occupied for hours. This really is a great release when it comes to extras and this isn’t even a blu-ray copy. Definitely no expenses spared when organising the extras for the release, I have to give them points for this. 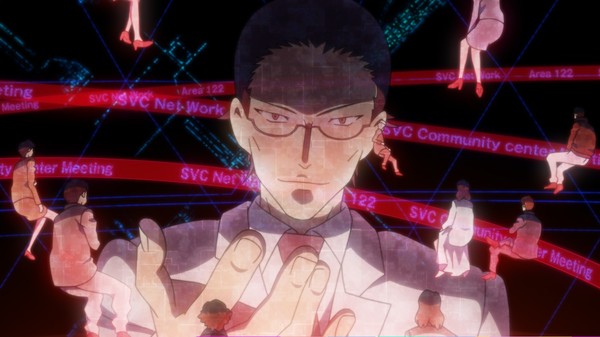 This is a good anime movie release that does need a great deal of work but it’s not so terrible that you can’t sit through it and enjoy. I don’t hate this release, it’s got a place on my shelf, but on the same token I won’t be suggesting it to all of my friends. That doesn’t mean I won’t be suggesting it to no-one, it’s a good movie for people that are used to anime and that can look past what is wrong with it to look deeper and deeper to what it does right. If you love a good, little anime movie grab this. No doubt. There’s one thing I can say; I can see this movie as a muse to many people out there, although it needs work it’s still thought provoking and that’s a good thing all in all.