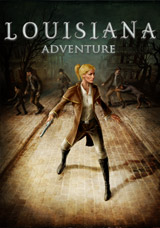 Story
The Bureau of Special Investigation has chosen an agent, Katie, to go undercover to investigate a strange murder near New Orleans. However, as soon as Katie arrives to her hotel in Louisiana she is approached by her coach driver about a new murder. As Katie continues her investigation more questions are posed along with more bystanders withholding valuable information. Uncovering clues proves useful yet places our undercover agent in more trouble than she can handle. With her life in imminent danger she will acquire help from an unlikely source. 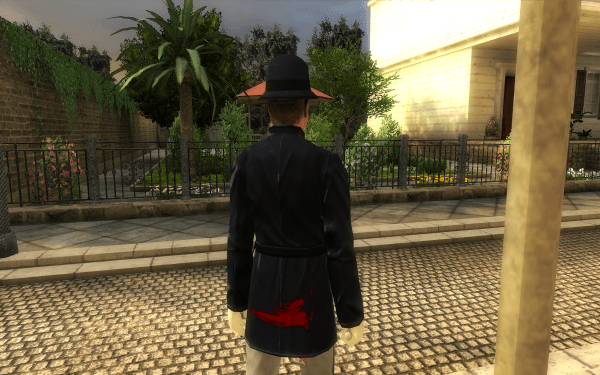 Being reinvented from a real event, the story holds great potential to maintain the player’s attention. However, the title loses face by making the player use deception, thievery, and outlandish behaviors to gain information or access restricted areas. While options are available in conversations to appease or anger people in each area, some actions are unavoidable and do not seem detective-like. For instance, in order to distract the bartender you are forced to break a water valve in your room to distract him to acquire a special bottle of booze. Let’s not forget another set of eyes are in the room – though he doesn’t “notice” or perhaps care that the bottle was taken. Or being forced to paint an officer’s behind red for the sake of selling a newspaper.

Gameplay
To start of the discussion of gameplay, I want to speak about the positive aspects about the title that should be great inclusions on a variety of titles. Concerning the detective aspect of games, Louisiana Adventure does well to include multiple responses that actually affect the relationships built in the game. Doing favors or deceiving others will in turn affect the non playable character (NPC) involved. Anger someone enough and they will have nothing to say to you. 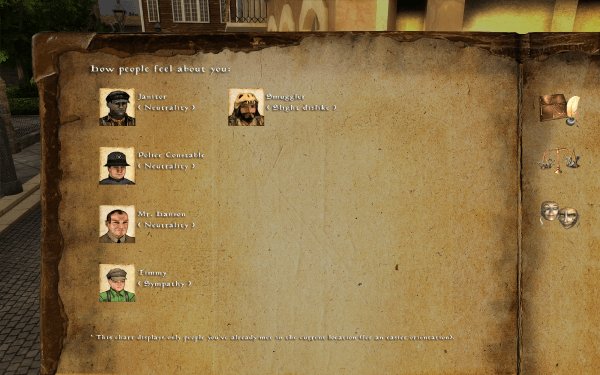 Having a three dimensional space opens the game to more possibilities but also increases expectations. An immediate – and very noticeable – aspect of the game that I notice deals with collisions in the 3D space. When shrubs, flowers, and spaces in between such objects become nontransferable, the game fails to represent a realistic component.

Glitches and crashes are a normal occurrence when playing the game. Whether it be a visually distorted object in your inventory or an unshakable play state, the game will present such glitches at inconvenient moments. In one such instance I was seeking out Ms. Kennard for additional information regarding the murder and became stuck at the hotel entrance. I could not move beyond the gate and was forced to exit the game and retrieve a previous saved file. 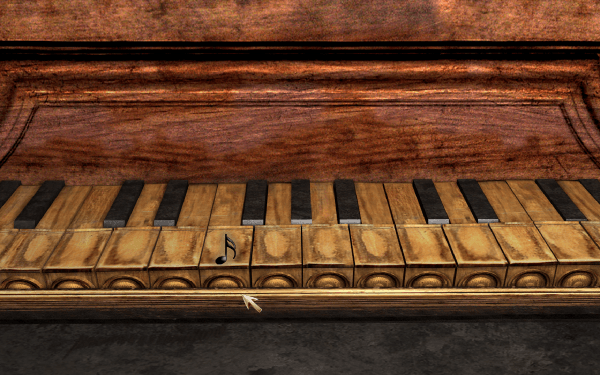 The most disheartening fact about Louisiana Adventure is that a fatal crash occurs near the end of the game which renders it practically unplayable. I have done some research concerning the fatal crash and have been informed that it is not just a localized phenomenon. While trying to complete a puzzle involving a piano and hitting appropriate keys, the game will crash upon striking the final note. Another curious reviewer was able to play test the situation enough to use the (ESC) key to finish off puzzle.

Audio
A surprising feature that was not added to the title was the inclusion of voice animation to the models. As soon as the first conversation began I noticed that the models did not visually appear in discussion. At that point I decided to treat Louisiana Adventure similar to a text-based title (read text while listening to character voices) instead of focusing on the models.

Thinking of audio related sections of the title, I tend to focus on the minor disturbances that offer that slightest irritation. This occurs when you quickly skip through a conversation and loading into another stage. During this time the conversation has not been cut off and is still playing in the background. Normally when skipping a conversation you skip it intentionally. Such obsessive remarks may be considered nitpicking, but players tend to pick up on this right away.

Visuals
One of the game’s saving graces would be the environmental art direction. Each zone seems to have sufficient detail to emanate a lifelike environment. While most objects in the area may not be interacted with, the art gives a more complete scene for the player to encounter. 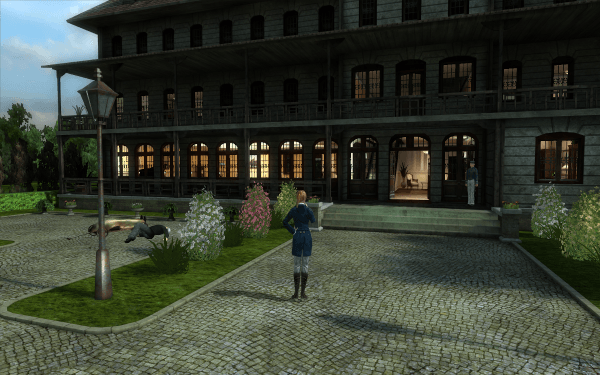 As far as visual impurities are concerned, Louisiana Adventure has a few to be mentioned. Beyond the lack of vocal animations, players will experience Katie continuing to run into the person she is holding a conversation with for a couple seconds (note: that this is only when she is running). Another glitch that players will encounter is in the inventory when trying to combine items. When an item is combined successfully, a glitch will occur with the items “somewhat” resembling a complete item with inventory spaces unaltered. Exiting and re-entering the inventory fixes this right away.

Overall
There are some positives that surfaced from creating this title. Detective genre titles are making more of an appearance entering the realm of three dimensional interactive environments. Louisiana Adventure presented additional factors that change gameplay due to player and NPC interactions. Adding such elements make the title more diverse and more appealing to the public.

Ultimately, Louisiana Adventure is plagued with too many bugs and glitches to be enjoyed. Facing consistent crashes towards the end of the title, I truly became disappointed with the lack of fine tuning the game received.