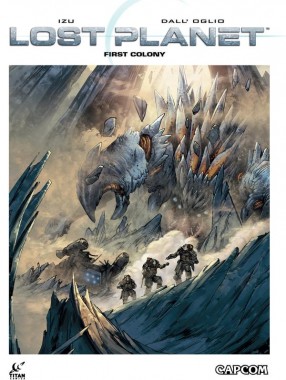 Lost Planet 3 was only just released worldwide for the PlayStation 3 and the Xbox 360. The Lost Planet franchise is one of Capcom’s most popular franchises, alongside a few others, and there’s a real serious fan-base behind the series, you can definitely see why though; giant monsters, awesome weapons, grappling hooks, they’re all awesome things that gamers love. Now we’ve been given a Lost Planet comic book and I’m sure fans of the games and the franchise itself are pretty pumped to get their hands on a bit more of that Akrid-killing action. Lost Planet: First Colony is here and it will have two issues, it’s a small comic but it is said to give fans of the game a little more insight into what happened before the actual games themselves. Here we have issue one and, well, read on to see how well (or not so well) it turned out. 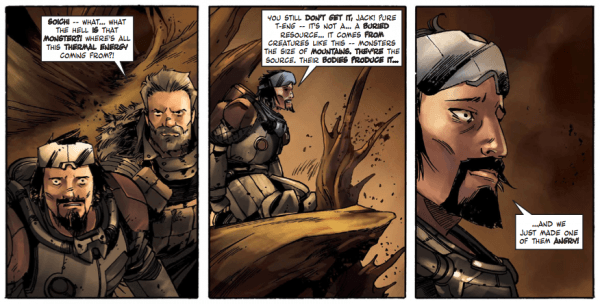 The story of Lost Planet: First Colony is set 40 years before the events of Lost Planet 3, so essentially First Colony is a sequel to a sequel, very interesting premise and we’ve never really seen anything like it before. The comics follow the story of Captain June and her crew on-board the “Crusader”, she and her team travel the galaxy looking for different places to scavenge items so that they can trade, they trade with NEVEC as well as anyone else who is willing to pay the right price or offer something to their liking. It seems Earth has become a wasteland, people stopped caring and it’s basically a giant dumping ground, so the residents of Earth decided to shoot off into space to search for planets that are similar enough to Earth for them to live on but unfortunately a lot of these planets do not fit this description. E.D.N III, however, is a planet that DOES fit this description which means that NEVEC (NeoVenus Construction) now have a new place to try and turn into “home” and along with them are pirate and all different types of people who want to either make money or do the same as NEVEC, who ALSO want to make a bit of sweet, sweet cash.The “Crusader” and it’s crew are shown on a NEVEC ship causing trouble in the hopes that they can cipher enough information from the on-board computers to get an idea of a treasure-filled planet for them to pilfer. That planet, once again, is E.D.N III. They crash land due to a storm which happens to appear right around them and that is where our story truly begins. We now follow what is left of the crew as they track through the tundra, doing their best to survive. I’m really sorry but the story is incredibly basic. 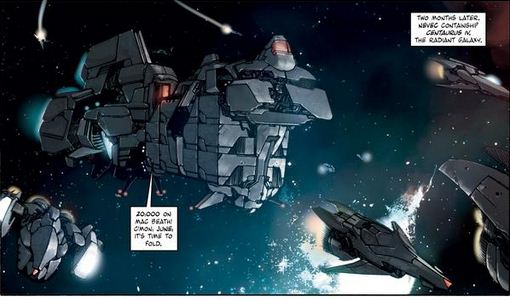 It is so unfortunate because I’m a huge fan of the games but from what I read in the first issue it’s just a typical “crash landing” story. I’m hoping that we get more information in the second issue because here we just get bare bones. The characters don’t actually interact very well with each other either, they’re supposed to be this crew and even though I can see where each character is coming from, it doesn’t seem to work as well as some other comics. I also feel like it’s pace was all wrong, it felt like it was rushed. I understand they only have two issues to tell their story but had the comic series been spread out a bit more I guarantee they could’ve done a better job. In saying that it DID give off a very “Lost Planet” vibe, so they definitely did that well. I was hoping to see more Akrid action, they fought a huge. crab-like Akrid but it only lasted about 3 pages, I just thought there could’ve been more too it considering it’s based off of the games and they seem to put a lot of attention on the large enemies. Unfortunately the characters had real generic personalities and maybe if the comic was more stretched out we could’ve actually seen more of them interacting outside of just straight out yelling but unfortunately you can’t always get what you want. I can understand how hard it would be seeing as the characters within the game barely interact but this is a comic and things need to be altered sometimes. 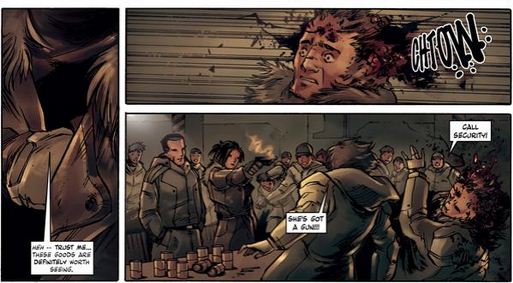 This aspect of the comic absolutely won it for me. Without a doubt! The artwork is just brilliant! It’s so gritty and dirty and sketchy yet so well put-together, it just rocks. You can feel the pure essence of Lost Planet, you can feel the cold and the pain through just the way these characters and environments have been illustrated. The environments looked down right amazing, you can tell how much work has been put into every single page of this comic, clearly the illustrator has done his “Lost Planet” research because he got everything spot on visually. Even the armour and the weapons were really reminiscent of the games despite it being a prequel. The colours blended nicely as well. The cold, steel-coloured armour up against a powerful Tundra background just worked so well. The action was drawn incredibly too. The way that blood splattered, it wasn’t over the top or unnatural, it was just right. I just love seeing comics in full-colour too and one one like this comes along where they’ve gotten it “spot-on” it’s me elevated hope in the industry. What the story lacked, the artwork made up for, that’s not to say there shouldn’t be story but I practically stayed around for the art. 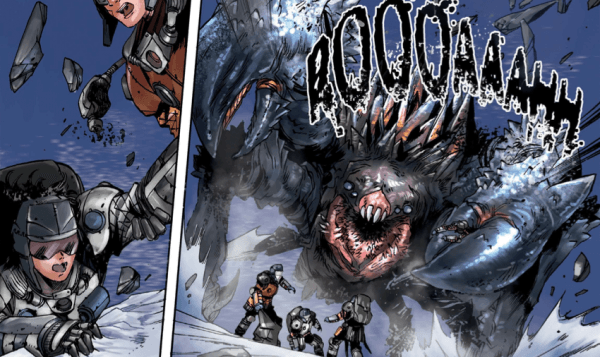 It’s a great comic. Yes, the story IS weak and fairly basic but it feels like Lost Planet, it honestly does. It’s in full colour which is great for hooking in audiences, it also has such high calibre illustrations that will keep you there for the whole book. My hopes are that the second issue will kick into some story and end it in a nice way that will lead readers into playing Lost Planet 3 and understanding a fair bit more, I really hope that’s what it does because that IS the purpose of this comic book. I think all around it’s a great purchase, I just would’ve liked to see more story or, at least, some better character interaction and dialogue. If you’re a fan of the games though, you will like it and I believe it will help you get more into the game.