Lost Marbles is a mash up containing Marble Madness’ gameplay mixed with The Lost Viking’s three character puzzle based action. Three marbles are featured in the game, each with a unique ability. The game smartly mixes multi-part puzzles with twitchy platforming mechanics.

Lost Marbles does not have a story. Simply get all three marbles from point A to point B in the shortest time possible. After all, how much of a story do three marbles made out of paper, rubber, and steel need? 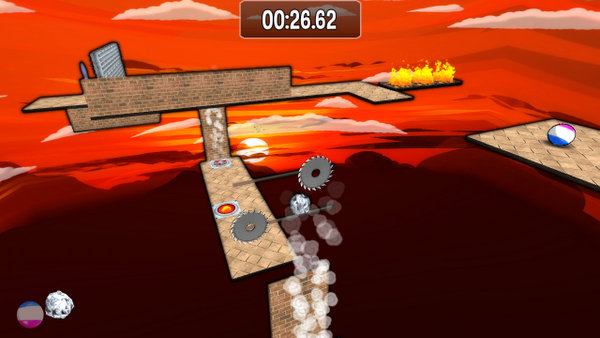 The goal in Lost Marbles is to use all three marbles to navigate an obstacle course in the shortest time possible. Each marble has a unique ability and is vulnerable to certain traps in the game. The paper marble is the most fragile marble, but can crumple itself into a smaller size. This ability allows the paper marble to access areas unavailable to other marbles at the cost of being vulnerable to all traps in the game. The rubber marble is capable of leaping short distances and floating on top of pools of water, allowing the rubber marble to travel to hard to reach places. The steel marble in the toughest and the heaviest of the trio. It is invulnerable to almost all the traps, but can be pushed off ledges with enough force. The steel marble can get bursts of speed to launch itself off ramps or barrel through any wooden obstacle in its way. Understandably, physics plays a huge role in Lost Marbles, and the physics engine performs as expected.

The puzzles in Lost Marbles starts out simply, first introducing each marble and its respective gameplay mechanics in a few short puzzles. Then, Lost Marbles begins to introduce new concepts. Once I was able to get a hang of switching between two marbles to solve puzzles consistently, Lost Marbles threw in the third marble and began ramping up the complexity of the puzzles. The puzzles are tests of logic, dexterity, and timing. 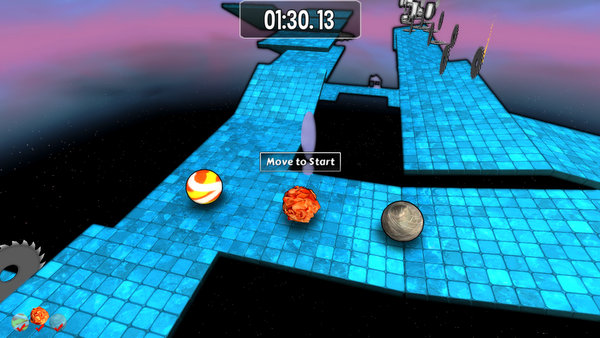 Most of the puzzles are at an excellent difficulty level. The higher levels of difficulty mostly rests in beating levels with times above par and the brutal Hardcore mode. The mode punishes players for dying, bouncing them back to the start of the previous level, ensuring no completed level was a fluke. There are a few levels that are extremely difficult, requiring near perfect timing to complete them. Thankfully, these levels are few and far between. Lost Marbles has a good level of replayability as it features an online leaderboard for the intensely competitive, the hardcore mode, extra skins to unlock, and of course, striving to beat par.

Lengthwise, Lost Marbles is a bit on the short side at thirty levels across three chapters. Binary Takeover has promised they are actively continuing development, as the game will receive new levels through free updates. I believe Lost Marbles would benefit greatly from some sort of mod tools that would allow users to create their own levels and share them with friends. It would greatly extend the length of the game and provide tinkerers with a whole set of new toys. 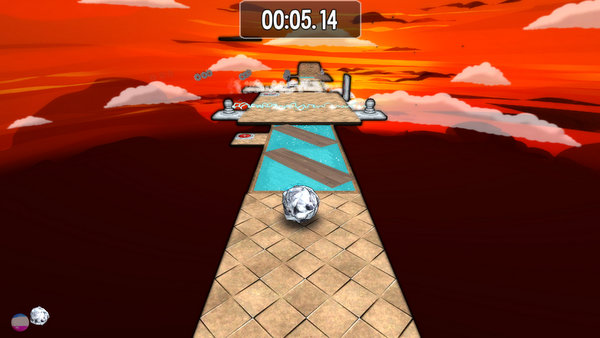 Lost Marbles is controlled with a mouse and keyboard or an Xbox 360 controller. I personally enjoyed the game the most using the mouse and keyboard as it allowed me the finest controls. I found it to be a little strange that by default, the mouse is not locked to the game while in windowed mode. This results in some frustration when the cursor hits the edges of the screen and the camera suddenly stalls during extreme movements.

Lost Marbles is presented in 3d with a cartoony touch to the visual style. The colours are bright and obstacles are visually distinct. The camera controls are generous, which lends well to the gameplay. The game does a good job of automatically making parts of the environment translucent when it is in the way of the camera, a blessing for those doing speed runs. The game scales well from small windows of 640×480 up to the full screen resolution of 1920×1080. It runs well without any sudden FPS drops. The minimum system requirements are rather low, so a lower end computer should have no problem running the game. 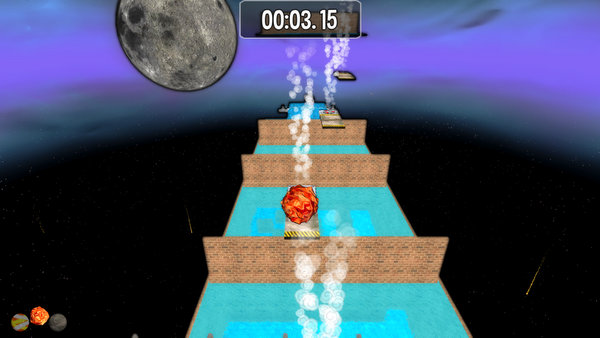 Lost Marbles has a small, but well laid out soundtrack. Most casual puzzles games often rehash the same tune for each level in a chapter. Instead, Lost Marbles cycles the songs, ensuring each level plays a different tune. After playing several levels, you will encounter the same song again, but at least the player will have had a short change of pace in the meantime. Although the music is not Grammy Award material, it is pleasant to listen to for long periods of game time. The sound effects feel slightly exaggerated, suiting the cartoony visuals well.

Binary Takeover has created a wonderful puzzle game with a bright outlook for ongoing developer support. It mixes smart gameplay mechanics, interesting puzzles, with a pleasant audio/visual experience. Lost Marbles is a good purchase at $9.99 for puzzle platformer fans.