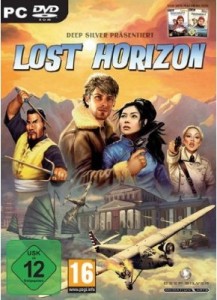 Release: Out Now PC Only

So what is this game about……? 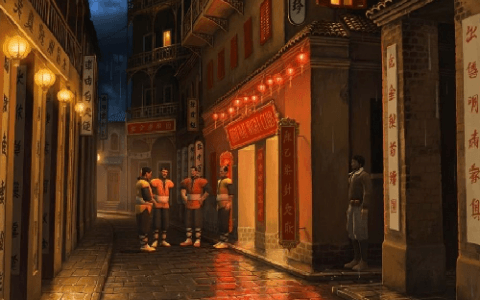 Right from the start you know this game is going to be full of action packed goodness which would even make Indiana Jones wish he was part of the action. From the start up menu being a marquee of a 1930’s movie theatre, with different windows and doors being used for the various options and credits. And the trailer offering an action packed sequence of events from German fighter planes to car chases you now this game is going to keep you on your toes. 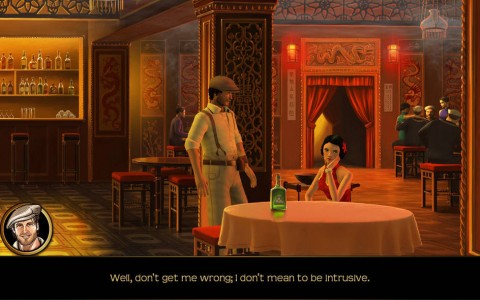 Lost Horizon has a few interesting twists for example during the opening scene in the bar in Hong Kong you may find that this particular puzzle has multiple solutions depending on whether if you were successful enough in your attempts to flirt with the attractive singer. Play your cards right and she will distract the thugs while you make your escape, and if not then you are on your own on this one and will have to find another way of causing a diversion before you can escape. 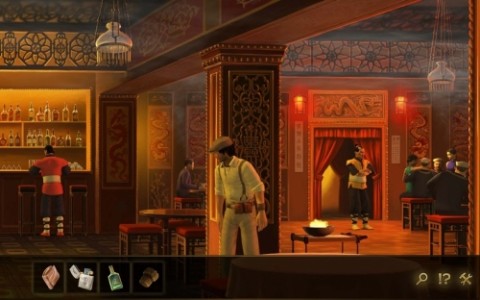 One of the first mind bending teasers of this game came quite early on which was unexpected because normally in these types of Point-and-Click adventures these kinds of conundrums are normally found a few hours in. It all started when I was trying to find a picture of a old friend only to find that his picture was locked in a safe which I don’t have a code for as it is my wallet which I lost in the harbour, then I go to the harbour only to find a little boy fishing and what did he find yes you guessed my wallet. So I then ask for my wallet back and yep he says no he wants me to catch him a bat and he then tells me they like flies, so then I go off to the alley to find me some flies only to find a cat stopping me from getting the flies. So now I must try and distract the cat so off I go to find a object to distract the cat only to find I can’t get it without distracting the guard first and so it continues I won’t spoil the fun on how to solve this particular puzzle but if you like these sort of conundrums then I can tell you there are far more like these to come. And don’t get me wrong this is not a bad thing it makes the game very enjoyable to play and it’s nice to have a puzzle that involves a lot of thinking and a bit of running around the only thing is once you have solved it you may have just about forgotten what you were trying to do in the first place. 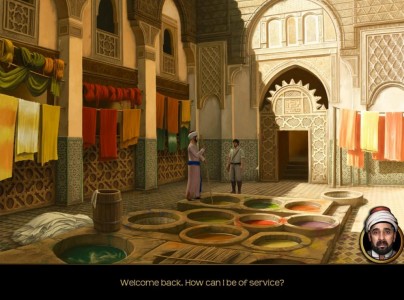 The quest to find Shambhala gives you reason enough to visit all sorts of globetrotting places around the world giving the game play some much needed visuals, from a snowy mountainside to  jungles and castles in Germany and even the back alleys of Hong Kong. Lost Horizon can’t be mistaken for its great visual locations.  Any fans from the Secret files series will find that Lost Horizons hand drawn backgrounds gives the game that added ambient effect when it comes to objects such as snow, fire and rain that the Secret Files games were lacking in. Those of you that have played the Secret Files series will find the games interface standard to what you have already become a custom too, and those who have not will find it very easy to pick up its pretty straight forward with most Point-and-Click adventure games to date. One thing I found very useful was that you can click on the a magnifier which then clearly shows you all the hotspots that can be clicked on but you might say this makes it too easy which I would have to agree but then again you don’t have to click on it if you don’t want to but it nice to have the option if you do feel like you are getting stuck. Also a interesting addition to Lost Horizons before certain puzzles get played out you have the option to set the difficulty beforehand which gave it a unique twist to most Point-and-click adventure games I have played before. 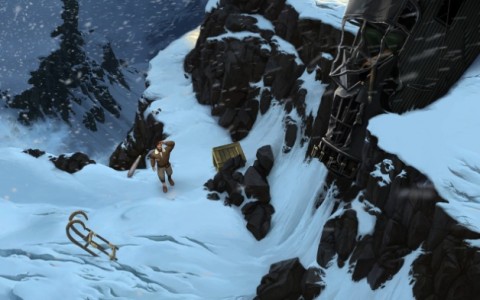 I have not really mentioned Kim to much yet has she becomes a second playable character which is needed for certain puzzles that require a cooperative solution. But I found she appears a bit too late in the adventure and that her late-game behaviour feels a bit out of place and she is simply here to fill the role of the heroine and what they are stereotypically there to do towards the end of the story. To be honest it might have been better if she was there from the start or not at all the two characters never really stop bickering or let alone start any type of romance, but like most Indiana Jones movies they would not be the same without the the heroine bickering in the background. 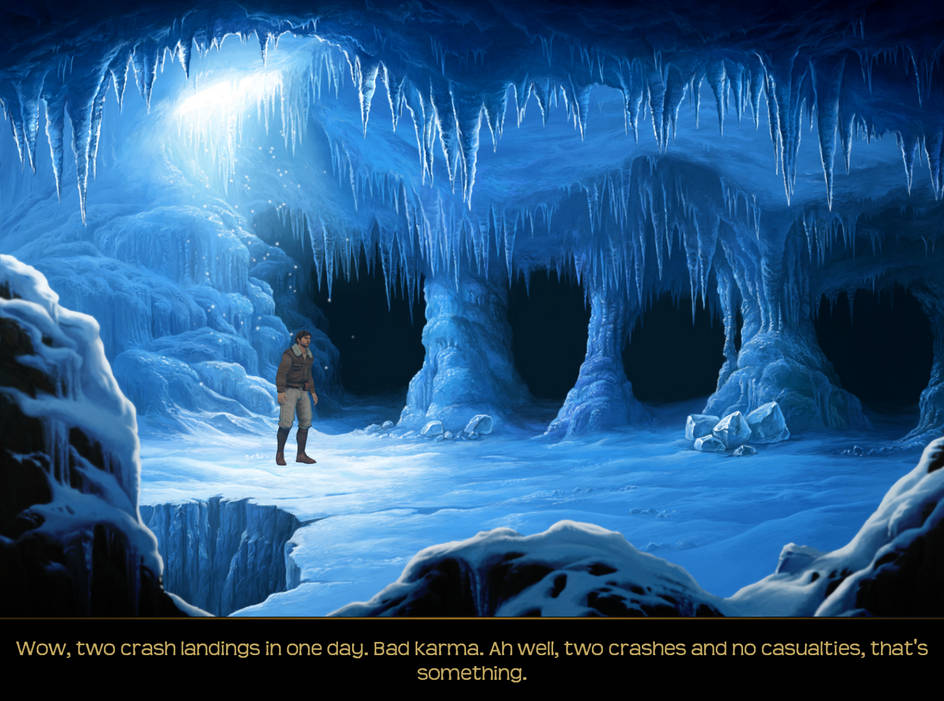 I found that overall Lost Horizon was a fun Point-and-Click adventure /puzzle, with some surprising and funny dialogue at times.  The majority of the puzzles had me thinking at the best of times on how they needed to be solved they were not particularly hard but they get you involved with the locations with a bit of  running around depending on what kind of player you are this could be seen as a pro or a con. Lost Horizon is not particularly long and can be completed over a weekend, so those looking for an enjoyable Point-and-Click adventure to pass the time then look no further Lost Horizons could be for you with its cinematic locations and impressive 3D characters and great backing soundtrack to keep you drawn into the heart of the game it never really feels like the music is out of place or too repetitive whilst you are running around solving puzzles or exploring. Lost Horizons is now available to download at a very reasonable price of $19.99 it can be hard to resist? So why not try the free demo here first and see if you can rise to the challenge. 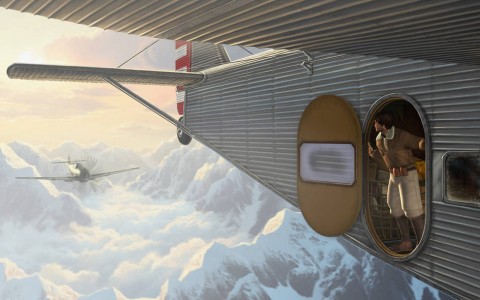 Please Click here to check out my review of the demo and details of the specifications needed.