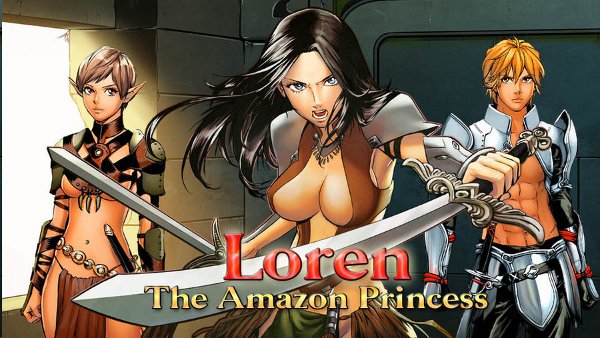 Overview:
There has been somewhat of a lack of old fashioned story based RPGs in recent years that focus on character development.  For the most part game feature archetypes that players will easily understand, so that there really isn’t a need to flesh out the characters more, but sometimes its good to more than play through the tactics of a game and have the characters flesh out as it goes along. 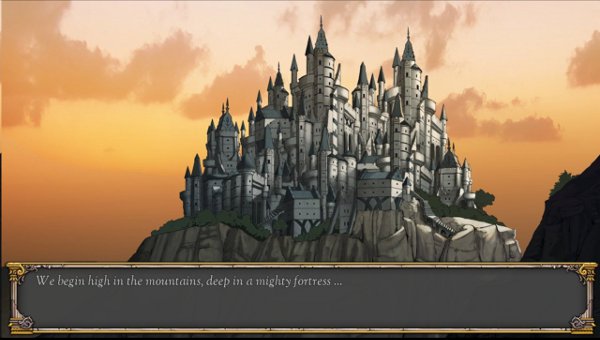 Loren: The Amazon Princess is an RPG that focuses on giving the player a blank slate and filling it in as the story progresses.  It includes war, rescue, and romance, so the player’s choices definitely have an effect on what happens throughout the story.  Does Loren bring back what has been missing in a lot of games in recent years?

Story:
Loren is the princess of the Amazons and the story opens with her mother, the Queen, being declared dead and being instructed to take the crown as the new Queen.  Loren, the girl she is, sorry, Amazon she is, refuses to believe that her mother the most powerful of all the Amazons has been killed so easily.  Rebuking crown and country, she will go in search of her mother and bring her back as rightful ruler.  Rebuking the Amazons however gets you a fat lot of nothing in the game of life though, so she is refused all aid of the Amazons, save a single slave capable of healing to aid her.

Which slave is the players choice: Saren, a human male, slave because he is a man in Amazonian culture; or Elenor, an elf female, slave because she is not an Amazon at all or even human.  The option impacts the romance options, though no matter what there are 2 of each gender to pick from regardless who’s chosen, so players can have anything from bromance to hetero to the ideal Amazonian relationship, which is great to see and tastefully so.  Allowing players to see and enjoy whatever trips their trigger provided they chose to not skip the graphic romance stuff, which is equally great to see as an option. 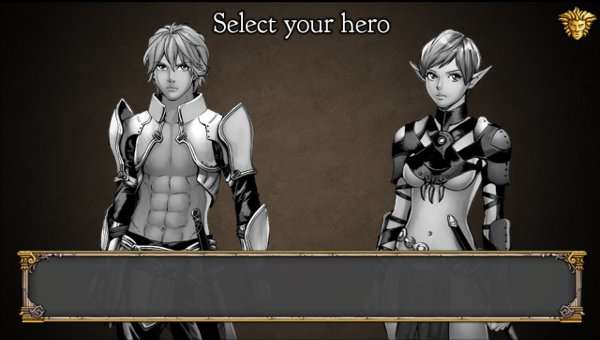 Back to the plot though, Loren and her new slave travel about gaining party members and beyond saving her mother, discover Loren is in fact chosen to do something great for the world.  What would be so great?  Destroying the evil Death Knight Fost, who is threatening to engulf the world in war amongst themselves.  The story itself is well done and provides players the chance to pick from options that have some impact in later events.  Ultimately there are about 24ish endings factoring in the 8 different romances, though some might not be so very different as some of the romances are on secondary characters.  Though the vast majority of the player choices are romance related, not that that’s a bad thing only that so much more focused on what was going on in the camp, making the plot storyline something that could certainly be streamlined straight through.

Audio:
Audio in the game cues up at a top mark with the song that starts on the main menu, which may best be described as a combination of an anime opening theme and a song from Strawberry Shortcake.  The song is very good and the lyrics certainly have meaning to the story as a whole, though it doesn’t quite fit the setting so well with how rock it is.  The rest of the music does a better job fitting the setting and mood.  Certain songs cuing up will indicate the seriousness of what’s happening or that the romance is coming into play. 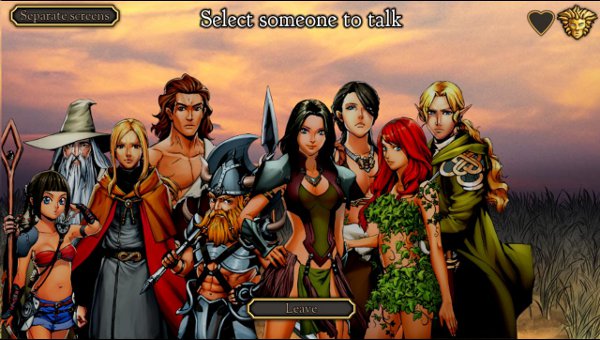 The voice acting in the game however is incredibly minimal.  Characters only speak lines in the combat either when killing an enemy, doing a major attack, or at the end of combat.  It’s interesting to see how many different actors there were for such a small amount of speech.  The voices seem to fit, as well, for as much as can be heard and it is surprising that the dialogue was not actually fully voice acted.

Visuals:
Visuals fit the method of so many early RPG’s by reducing the visuals to a few different poses for the characters and having whoever being on screen during scenes or dialogue.  The game does however go just a bit further and have two sets of character visuals for some of the characters, which be shown depending on if romance is enabled or not.  Being enabled allows for certain characters to be in much skimpier outfits, showing a lot more skin.  Full-motion is a no go though, as at best characters slide around as scenes go on, which isn’t terrible and definitely probably saved a lot on the budget. 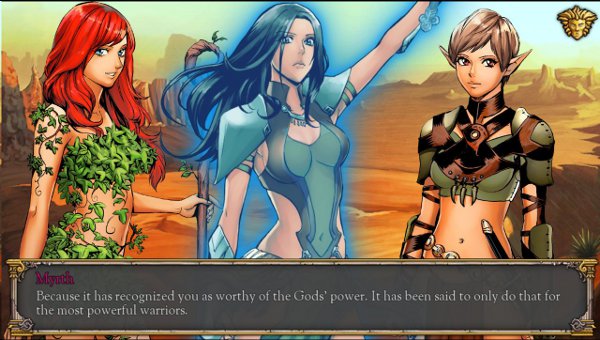 Gameplay:
Besides difficulty though players can choose between a “standard” or “tactics” style of play.  Each has there own pros and cons, standard gets skills every two levels, but only start with one skill, whereas tactics starts with a lot more skills, but only getting another every three levels.  This can allow for a diversity in how players can choose to play the game and get a different feel for how everything handles.

Gameplay for the story is broken down into reading through all the scenes and seeing what is going on and then when necessary selecting between anywhere from 2 and 4 options what to do.  The game actually starts out with the player selecting a backstory for either Saren or Elenor, with every selection determining different additions to stats and equipment.  The vast majority of conversation options are “jokingly”, “friendly”, and “forceful”, though romance will pop up in there to if players what to go down that route with that character, which is nice that it’s pretty consistent.  Plot options however are for the most part binary, either do one thing or another, without either option being wrong, though some near the end will certainly be more useful than the other. 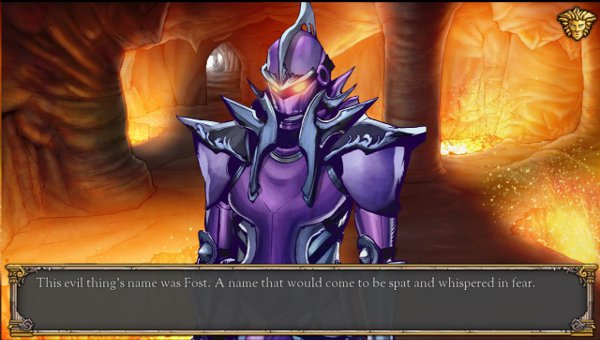 Combat gameplay is broken down by turns, though the turns can change very rapidly depending on what each character does.  Some attacks can cause a character to delay, so that character is left without a turn for a while, which may need to be carefully thought out on higher difficulties.  There are certainly a lot of options when it comes to tactics in the game, as with most RPGs there are usually more party members than slots, so finding the best fit for each battle is important as well as how to equip the party and how the weaknesses will interact.  Though players should fret over the combat too much as the game does allow for a easy enough setting to appeal to those that are simply interested in the story.  This gives the game a great range of simplicity and depth.

Overall:
Loren: The Amazon Princess is a solidly built game and it has a lot of different options and choices for players to work through.  The game totes how a player can’t do it all in one playthrough and even the romance aside, it can’t be.  Featuring a heck of a lot of replay value, this game provides plenty of hours of enjoyment and what is actually about two novels of game text.  While there are certainly things the game could have done more of or done better, such as maybe having dialogue voice acting, the game is well put together.