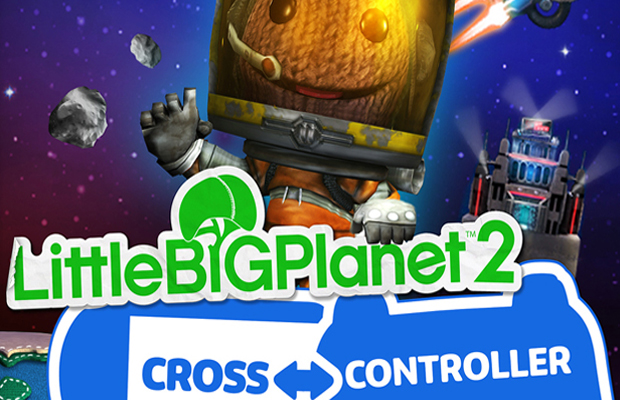 With the recently released Wii U and Microsoft’s Smartglass, two screen gaming is the new motion control, so how does Sony’s effort fare?

As neat as the concept of Vita control may be the same certainly can’t be said for getting everything to work first time around. After downloading onto each system there will no doubt be some copious updating to slog through especially, if like me, you haven’t played the now 2 year old LBP2 for a while. Nineteen updates later and things are finally ready to roll, or are they? 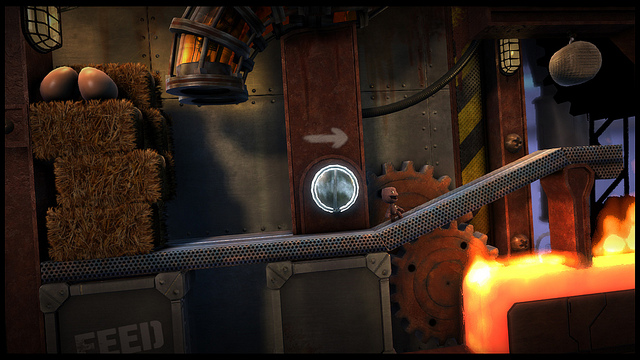 Eventually you can select Cross controller from your LBP2 pod, and find it under ‘Remote Play’ on the Vita. Ready to play yet? ANOTHER download strikes, but thankfully it is the last. Forewarned is forearmed – setting this up may take a while!

Six new levels by Sumo Digital ping into life complete in the usual Little Big Planet style. The plot sees a space faring Sackboy crash into a prison, accidentally setting off the escape plan of a bunch of space pirates. The pirates (who are very Metal Gear Solid in appearance for some reason) need Sackboy’s help to escape the evil Governor and steal a treasure map before heading off.

A voice from the Vita tells you that a blue flashing icon on screen signals that the Vita will be of some help in your quest. Using the touch screen reveals hidden dangers in the levels, with an appropriate level of beeping to alert you to the need for the second screen. On the Vita is a very Tronesque presentation of the level with the dangers highlighted in red. Dragging your finger on the screen of the Vita moves a scope on the TV, revealing the hazards so that Sackboy or the pirates can negotiate past them. 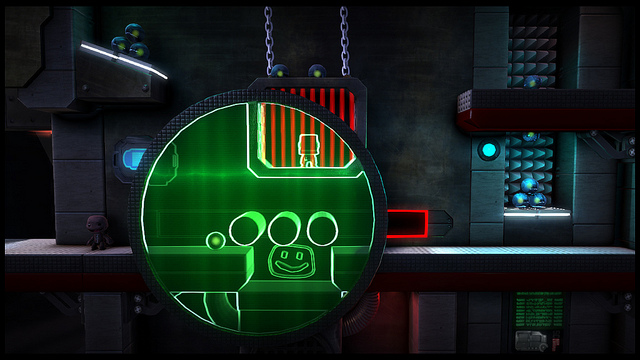 This works impressively well, with no lag at all between the two systems. The Vita segments are for the most part simple enough that they can be done without looking at the handheld, and if you’ve got flexible enough fingers you can even try and control Sackboy simultaneously. I had a few occasions where the connection stopped for no apparent reason and lost me all level progress, and you certainly have to be careful when pausing to prevent the Vita from sleeping and severing the connection that way.

The levels are in the usual Little Big Planet Style, bringing along a heavy sci fi theme. The controls are as tight as ever and the challenge level is actually fairly high. There are even moments when the entirety of the action is transferred to the Vita screen, the first of which sees Sackboy traversing the outside of the prison ship in order to clear a route on the inside. Moments like this are a lot more worthy in multiplayer, where teamwork becomes a crucial part of the game and also allows for a lot more of the usual hijinks the series play style is somewhat synonymous with. 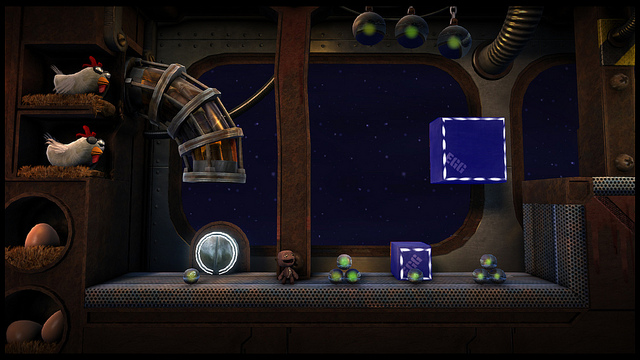 Fans of the series who have delved into the creation side of the game will be happy to know that the DLC also provides new content for their exploits. As ever some of the more complex gameplay mechanics (like getting Sackboy to hop between the PlayStation 3 and the Vita) take a lot of time and practice to pull off. The community for Little Big Planet has already produced some dazzling user generated content so no doubt these new tools will quickly give rise to even more mini masterpieces of level design.

As a whole the package is an extremely impressive demonstration of what the PlayStation 3 and PlayStation Vita are capable of when they work together. Sony prove that they are more than ready to take the leap into the dual screen era, and hopefully more robust uses of the technique are set to follow. Of course this is all dependent on the Vita’s success, as any emphasis on cross controlling in a new game is likely to set teeth on edge for those who haven’t forked out for the handheld. 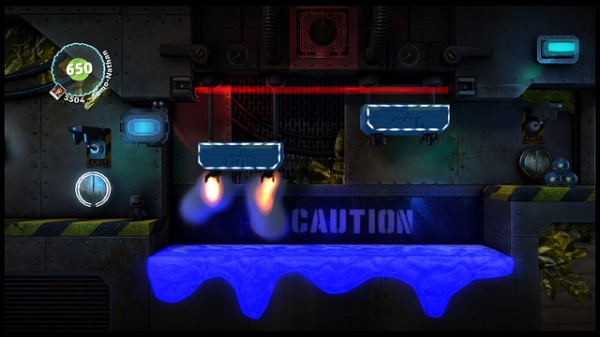 Stylistically the DLC pack is what players have come to expect from Little Big Planet – a quirky cartoon style covering some strong level design and a good dose of imagination. Even the few tutorials that are included to explain the new creation features are given the usual voice over by Stephen Fry, a clear indication that even the smallest DLC pack still gets the level of polish that has come to be expected from the series.

Apart from a few reliability problems and the initial investment of time to get the thing up and running, the Cross Control Pack is a praiseworthy piece of DLC. It is reasonably priced, brings with it an entirely new gameplay mechanic and six new levels to test it out in. As ever creators will get the most out of the new tools on offer, but fans of the platforming can still get their mits on new costumes and collectibles.