We don’t see often games who decide to grapple with serious topics. After a while, we begin to understand why is that. The majority of those who try approach such issues in a safe way, sometimes with a ham-fisted lesson that beats you over the head with its “subtlety”. Not to mention, many of them are just scared to scratch more beneath the surface. Will O’Neill is not one of those people. His previous game, Actual Sunlight, dealt with the topic of depression in a brutally honest way. The first time I saw his new release of Little Red Lie on Steam, I knew there was a lot more besides that pitch of “a contemporary adventure game about debt, family, and the truth about honesty”. My assumptions were correct.

The central premise of the game is lies. Whether it is about living one or telling them to others (and ourselves) on daily basis. In this game, lies are conveniently colored in red whenever we interact with anyone or anything. That way it serves as an interesting contrast when we observe between what the characters are saying and actually thinking. Speaking of characters, we will be stalking two major ones in this game. Their lives and backgrounds are vastly different but what connects them are -you guessed it- lies. Sarah Stone is a middle age office administrator. Well, ex office administrator. We meet her shortly after she lost her job and pretty early it’s clear to us it couldn’t happen at the worst time. Money problems with her family, sister suffering from depression who decided to go full hikikomori and there is the issue of Sarah’s anxiety that just the icing on a cake. Her life is falling apart and we have to use lies to our advantage to fix what can be fixed that way. On the other hand, we have Arthur. Oh, Arthur. Think of someone who worked really hard in his life using lies and all the following tactics and it actually got them somewhere. Arthur is a sexist, racist, misogynistic and every-other-bad-thing-you-can-think-of kind of guy. He is a life coach/motivational speaker aka someone getting rich on other peoples stupidity. 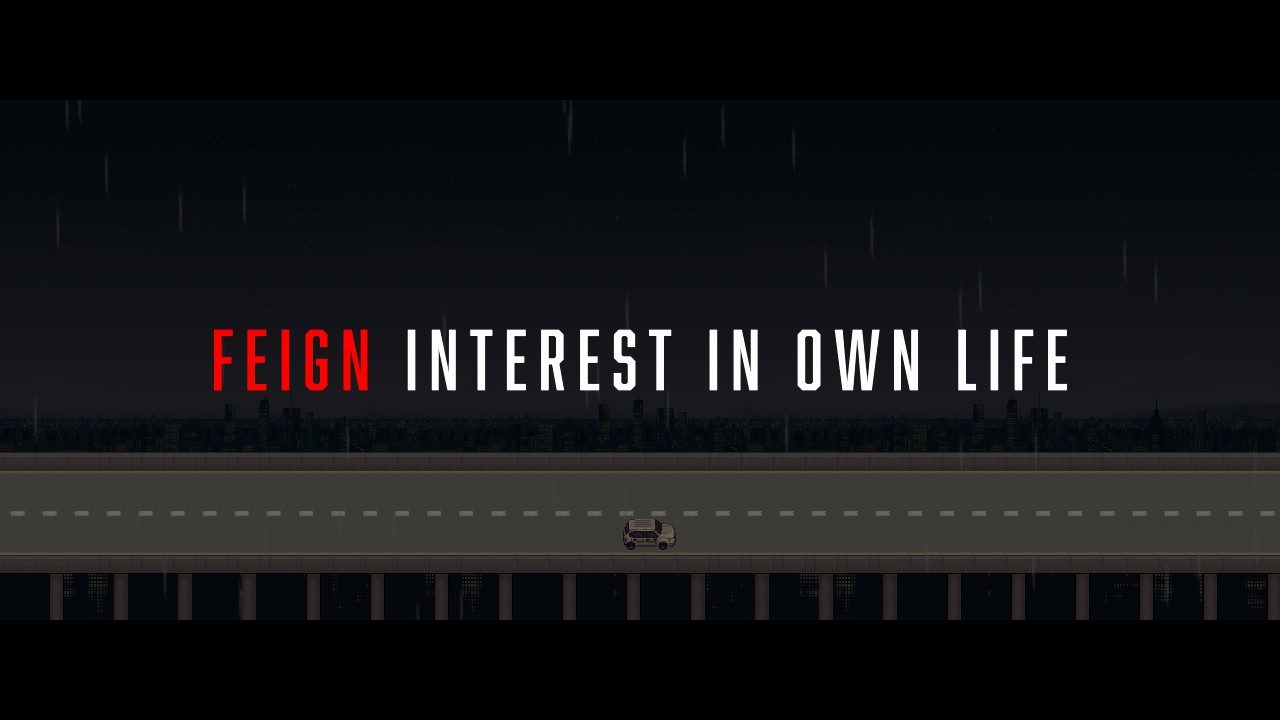 As we control these characters, our interaction doesn’t go beyond that. We are not there to make them see the errors of their ways. If anything, we are nothing more than observers of how one might end up using lies to their advantage. What matters the most though, is deciding when we use them and to what extent. For example, Arthur Fox is your average, profit-driven sociopath who made the most of it once he removed morals and conscience from the equation. Sarah, on the other hand, is someone using lies as an escape window when you’re pretty much out of ideas. Good ones, especially. Funny thing is, while playing Little Red Lie most of the interactions happen on the other side of the screen. It’s almost like the game is…..playing you (duun duun duuuuun ♪). To elaborate in a more serious manner – Actual Sunlight dealt with one heavy topic and Little Red Lie deals with that one plus some more. Depression, debt, anxiety, feeling lost,  feeling you’ll never amount to anything – pick your poison. And they will all get to you. There were plenty of times where I had to put down a game for a second and space out because something a character said would send me down that contemplative path. This is not a game about making choices. All the crucial ones already happened and now it’s just about observing the aftermath and pondering if we would do things any differently. 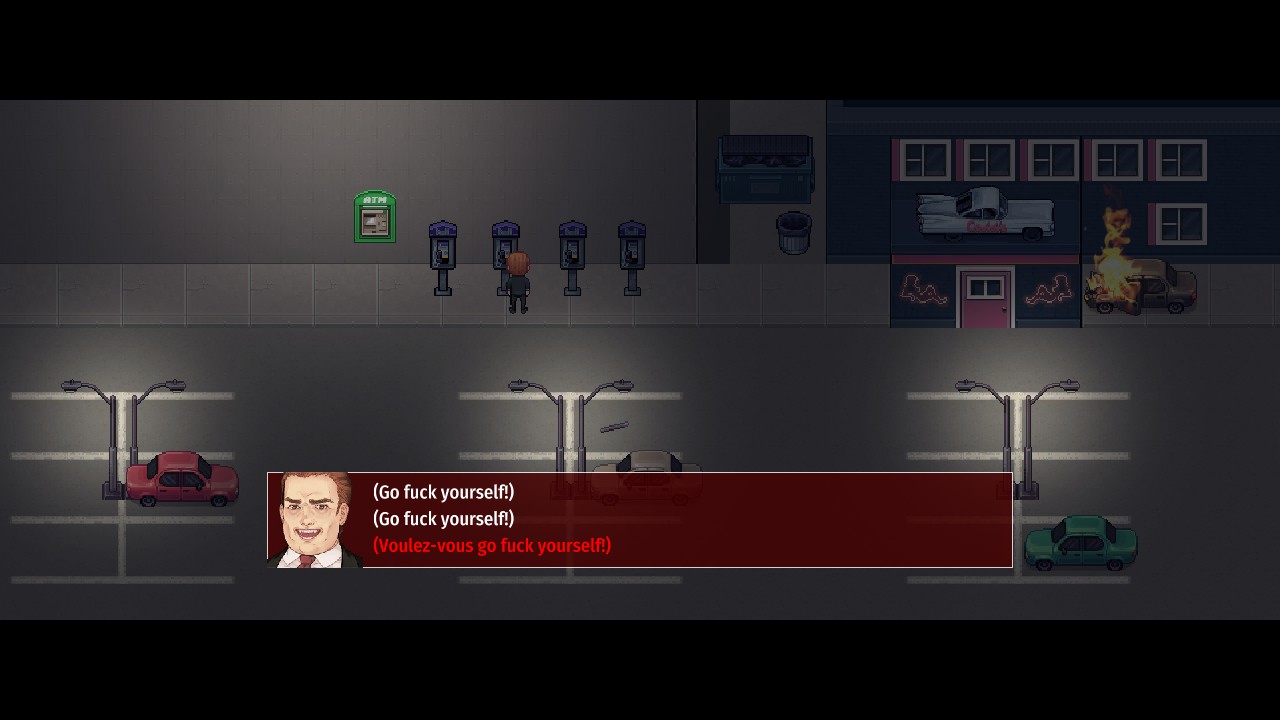 The story of Little Red Lie already sucked me in more than I expected so it’s not a surprise that the visual aspect went somewhat unnoticed. The environments and design served their purpose and can’t say anything really stood out on that front. Well, almost anything and sadly it wasn’t in a good way. Some examples of backdrop art or backgrounds were rather peculiar, to say the least. It’s like the artist went with the initial sketch, added color and called it a day. It is not a major flaw, you only notice it once the first few backdrops are shown. Eventually, you get used to it but that’s mostly because you’re far engrossed in the story at that point. 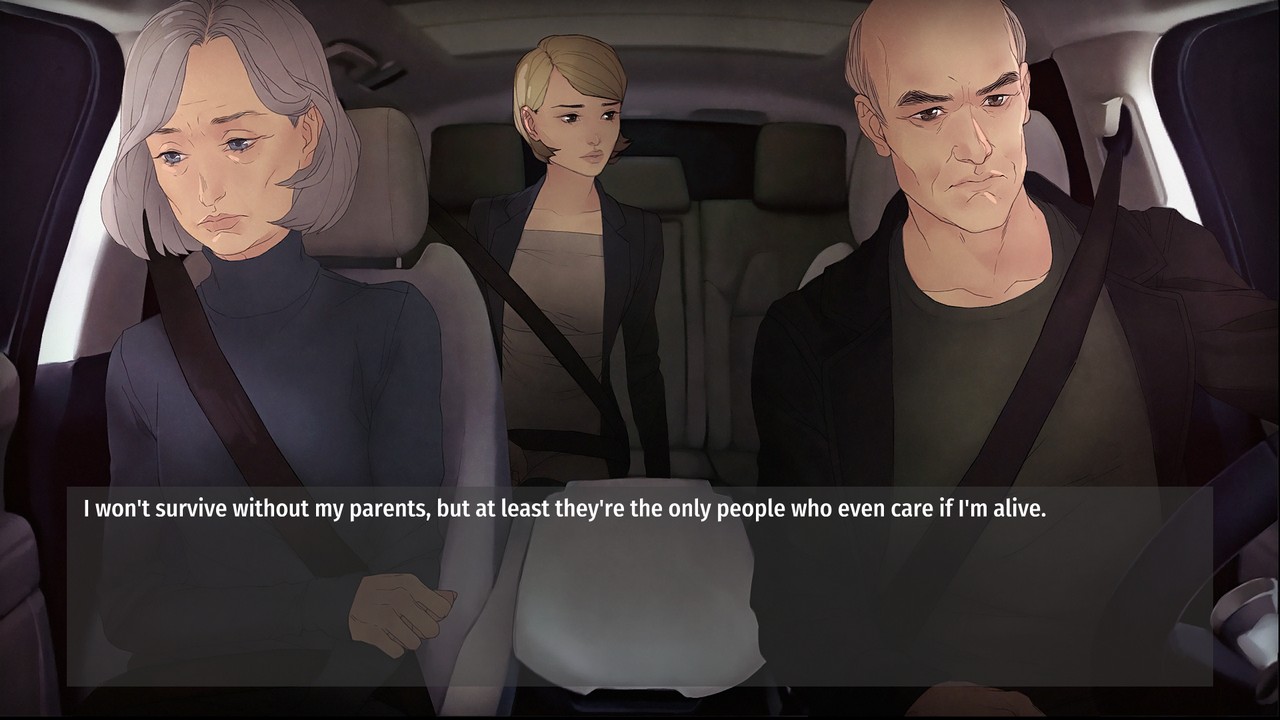 Significant effort went into crafting the music pieces for Little Red Lie so they would often reflect what is happening on screen. At more than one occasion, the audio toys with you by producing unsettling notes as something equally tense is happening. Sometimes it even “rewards” you with chill and relaxing tune as you managed to weasel your way out of a tricky situation. The music here does not serve as a forced addition, it is almost a narrative angle imperative to the story. 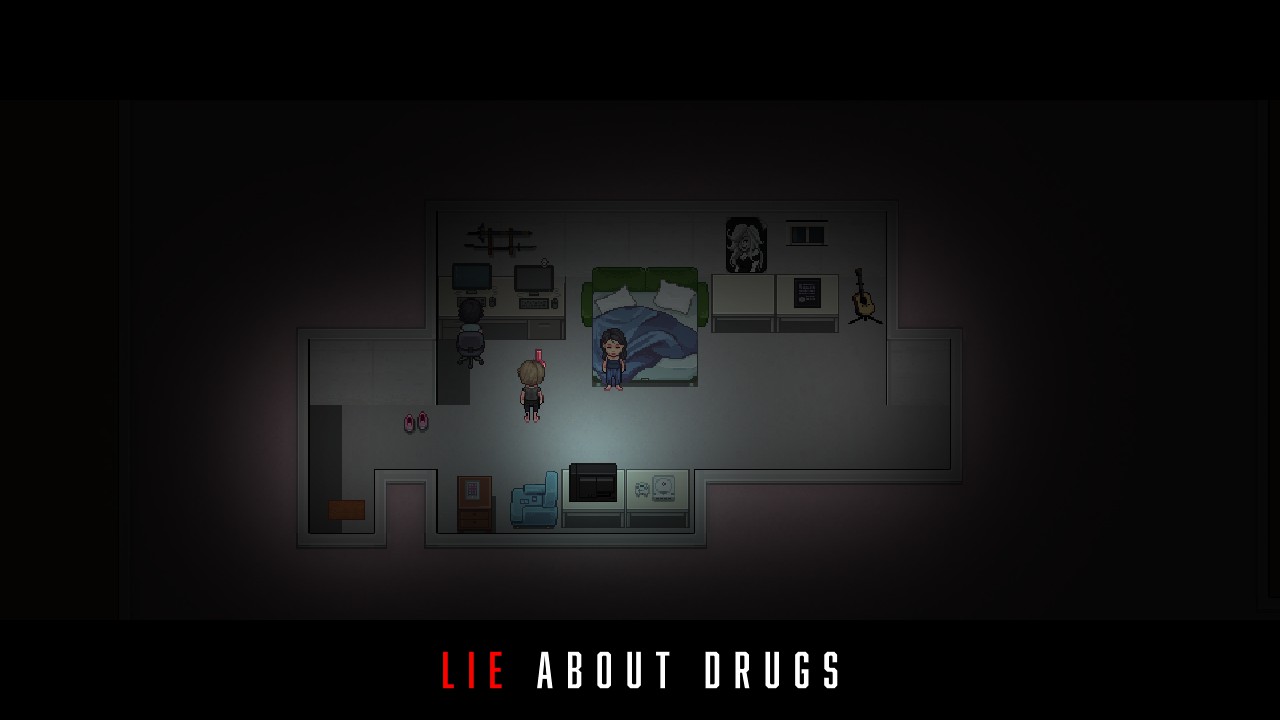 In the end, do I recommend Little Red Lie? Absolutely. Just keep in mind you might be playing something that might not make you feel good at the end. However, it will make you feel. There won’t be any resolution or a happy ending in Little Red Lie. Sometimes characters don’t lie for the sake of a greater good, they do it because they can. You will witness bad things happening to good people and bad things happening to bad people and some things won’t even make sense in how unfair they are. But you know what else doesn’t make sense most of the time? Life. At the end, that’s what Little Red Lie is about. Reggie Fils-Aime once famously said “if the game is not fun, why bother?” I’d also add that if the game doesn’t move you, what’s the point? Will O’Neill understands that and Little Red Lie is a game that will (despite its soul crushing topics) move you to the core. And it will do a damn good job at it.
Capsule Computers review guidelines can be found here.

A masterpiece in storytelling following the formula of "less is more".
9