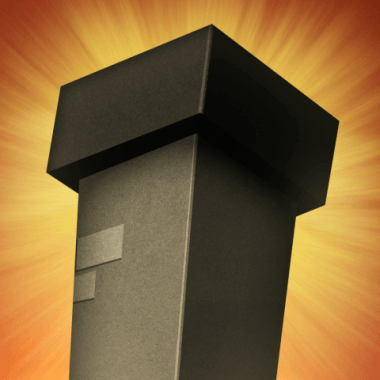 Overview
Developed by the Tomorrow Corporation, Little Inferno was one of the first games to enter the world of Nintendo Wii U’s eShop marketplace.  Though the studio itself is quite small (with only three developers), they have incredible pedigree coming with them as the gentlemen who created both World of Goo and Henry Hatsworth, two critically lauded indie titles.  Little Inferno is looking to burn its way onto the hearts and minds of everyone with access to Wii U’s eShop as well as the PC.  Is Little Inferno a long-burning flame of love or has it fizzled out?  Let’s find out. 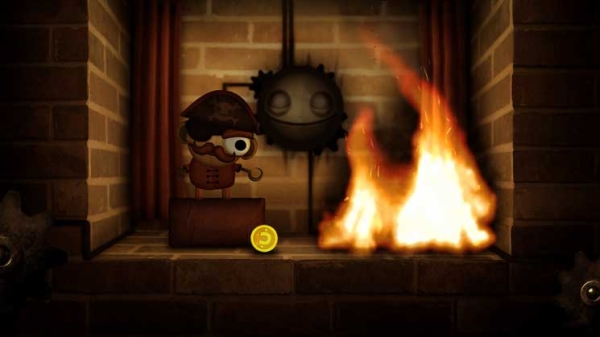 Story
The world has become a cold, cold place. What’s even worse is that it shows no signs of getting any better. In fact, the temperature is actually getting colder in the town of Burnington. I don’t know how the weatherman stands it, floating around in his balloon, sending updates on the forecast as he reports from “over the smoke stacks, over the city.”  What I do know is that it’s nice and cozy in here since my family bought our Little Inferno Entertainment Fireplace.  I could just sit here all day and watch things burn…burn…burn.

The basic premise of Little Inferno is that the Tomorrow Corporation has created a line of “entertainment fireplaces”, and everyone is hooked.  They’re constantly buying things from the various catalogs, and just tossing them into the fireplace to see how they do.  The problem is much deeper, though, and the true meat of the story is told through various letters you receive in the mail as you play through the game.  It turns out that beyond the lighthearted veneer, there is actually a very dark, meaningful story being told. 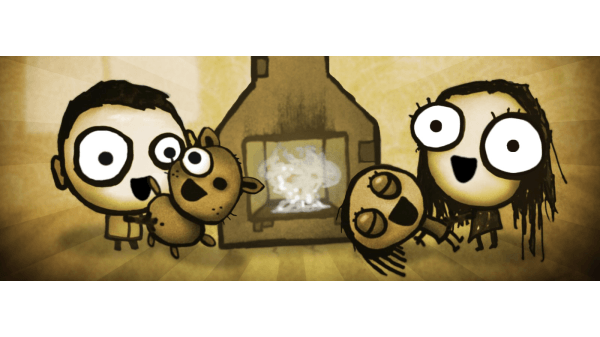 Gameplay
For a game that started out with the intention of poking fun at the Yule Log television channel (that infinitely plays a 17-second loop of a log burning in a fireplace), Little Inferno beautifully matches the idea of what a casual game should be.  You can easily play through the entirety of the game while you enjoy watching a few episodes of your favorite show.

When you begin the game, there is nothing in front of you but the fireplace itself and a sign with basic instructions for how to use the fireplace.  Those instructions basically boil down to “touch anywhere within the fireplace to create a flame.”  At that point you’re given a three-page instruction booklet (which you can do nothing but burn) a letter getting you on your way to becoming a first rate arsonist, and your first official item catalog. 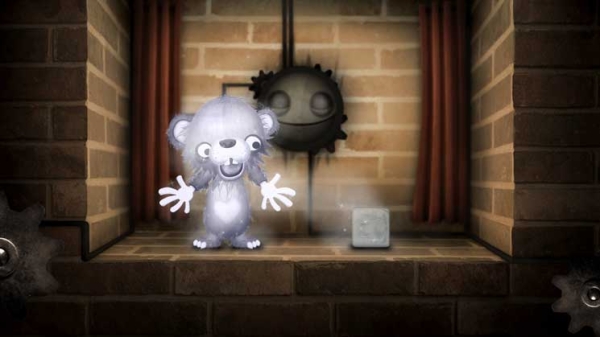 You have an inventory bar at the bottom of the screen which you can expand as you play the game.  You burn things by dragging them from that inventory bar into the fireplace.  For each item you roast, toast, and burn to a crisp, coins will drop that you can pick up.  These coins are then used in turn to buy more items from the item catalogs to keep your burning heart satisfied.

There are seven possible catalogs in the game.  Each catalog has its own theme and twenty items you can purchase and burn, but only a handful are initially available to buy.  With each purchase, the list of items you can purchase from the catalog grows as well.  When you buy every item from a catalog, the next catalog shows you what you need in order to unlock it.  These are generally unlocked by completing “combinations.”

As previously stated, there are 20 items per catalog you can burn.  Little Inferno adds a little deeper layer to the game by tasking the player with finding a possible 99 total combinations in the game.  All the combo list gives you are the name of the combo and how many items are in the combination.  Some, like the Bike Pirate Combo, are pretty straightforward (buy the pirate and bicycle items, place them in the fireplace, and light them on fire together), but the list becomes increasingly difficult as you unlock more items to use.  Many of the combinations take multiple items from different catalogs to complete. 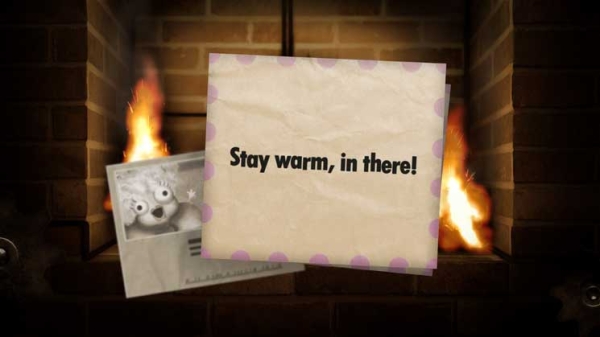 The game manages to keep a fantastic sense of humor about itself all while portraying a story with very dark overtones.  Ridiculous items abound, and when they burn they may do some crazy things too.  The “Kitty Kitty Poo Poo Plushie” immediately comes to mind and, as you may guess, when it burns it sprays turds all over the fireplace.

The story is told through a series of letters you receive from your neighbor (a girl who identifies herself as “Sugar Plumps”), who has the same lot in life that you do – children, left at home with no parents, but they each have a fireplace and things to burn as a frozen Armageddon consumes the world around them.  It has its funny moments, but as you realize more about the world you inhabit, things take a very serious turn – one that players paying attention will appreciate and, dare it be said, even take to heart on the verge of tears in your eyes.  It’s a tale that was never expected, but resounds with the human part of each of us as clearly as bell on a clear winter night. 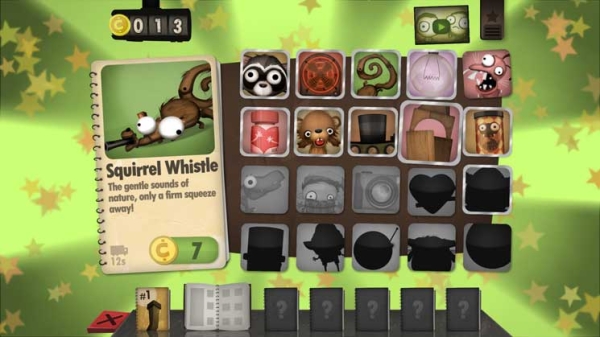 Visuals
Little Inferno has an art style all its own.  Having the developers of World of Goo and Henry Hatsworth shows through in all of the assets you see and interact with.  The art feels like a combination of those previously mentioned games with a dash of Ren and Stimpy tossed in for good measure.  The result is a fun, colorful world of items to destroy.  It’s also worth noting that, given its source material, the fire effects in the game look phenomenal.

Audio
Few games feel as though they have a strong enough audio component to stand on its own away from other aspects of the game.  Little Inferno has a marvelous soundtrack that’s well integrated to the gameplay.  Music in the catalogs makes you feel like you’re on a 1950s game show, the theme music feels epic, as well as both inviting and ominous, and the crackling and roaring of the fire have you feeling as though you’re in that very living room with a few oak logs in hand.  Players that are interested should definitely check out the soundtrack. 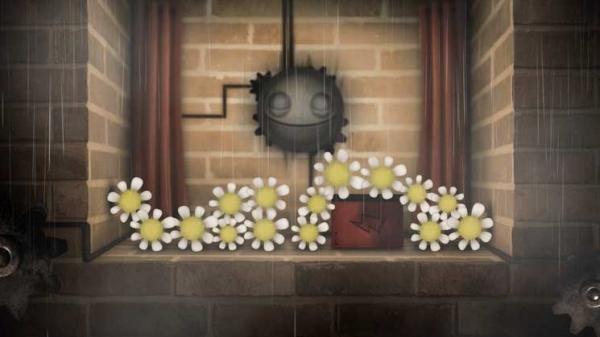 Overall
Overall, Little Inferno was an awesome surprise of a game.  The game’s not too long, but it doesn’t keep any score or put you on any time limit, so you can play at your own pace.  The music is fantastic and the art style is fun.  Most impressive of all, though, is the unexpected story that will really have sincere players thinking about something far more meaningful than what’s first presented to them.  While the price point may feel a little steep for a title where you’re basically burning time (pun intended), Little Inferno is easy to recommend to anyone curious enough to put a few hours into it…and hey, who doesn’t like to burn things!?