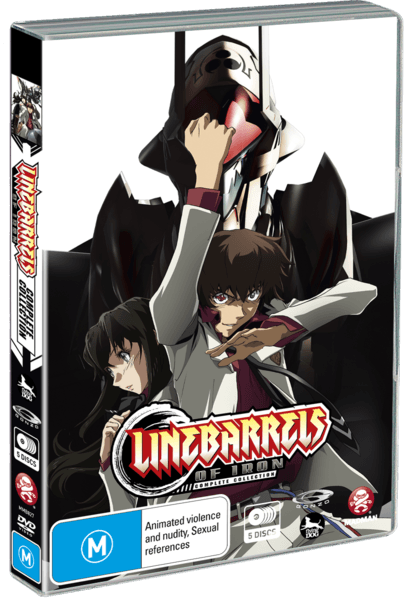 Linebarrels Of Iron is a Mecha Anime that follows the organisation JUDA in their war against the initially evil KATO organisation. However, the show is a horrible mess that you absolutely have to see to believe. I’m a hardcore Mecha Anime fan (so far of one that I call them Super Robot Anime) and even I couldn’t cope with this show. Read on to find out why.

If only this was your typical Mecha Anime, then it might have actually had a decent storyline. What you will observe from this shows story is that it is anything but. I mean really, it is the most contrived, nonsensical and annoying story you will ever participate in watching. 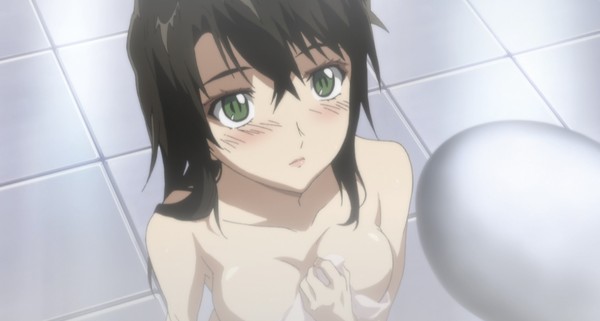 Of course, you will only come to realise this if you happen to survive the the first disc of this series. I mean really, who in their right state of mind directs such an awful opening set of episodes to a new series? Who!? Who does that!? Really!? Most Anime fans have a three episode rule when picking up a new series and I think that those that do will drop this at the end of the first episode. Even though the series does pick up slightly after these first 5 horrible episodes of horribleness, the first few really will turn people off. I was tempted to write this review after watching only the first two episodes. Luckily I didn’t, but if you didn’t enjoy the first few episodes, do not bother watching this.

What’s interestingly bad about this series plotting is that it doesn’t really appear to have any. One minute it’s a highschool melodrama with mechs in it and then the next it’s an Evangelion clone. Even after that it suddenly changes the plot again and then there’s people changing sides all of a sudden and enemies are becoming allies and there are info dumps everywhere to make sure the viewer is keeping up. While I was able to keep up with the show and was able to follow it fully, it is just so completely stupid and cliched that it almost falls onto parody territory. In fact, I would have preferred it if this -was- a parody. It isn’t though. 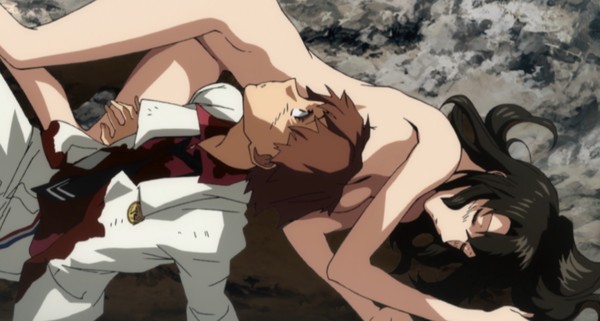 Oh yeah, by the way, this is a harem Anime. No, this is THE harem Anime. I swear, the only way they could have made it more clear that every female wanted the main characters penis was if one of the main female cast explicitly stated that she did. The problem with this is that the main character himself exhibits no admirable male traits at all. At least Golgo looks manly, this character has absolutely nothing going for him, personality and vanity wise. I mean, it’s hard to believe any woman wants you when your only trait is being almost as horrible as Shinji.

This show is plainer than plain with more plain on top. This show is like eating only salt visually. In fact, I’d go so far as to even say that shoving salt in ones own eyes would make for a much more pleasurable viewing experience. 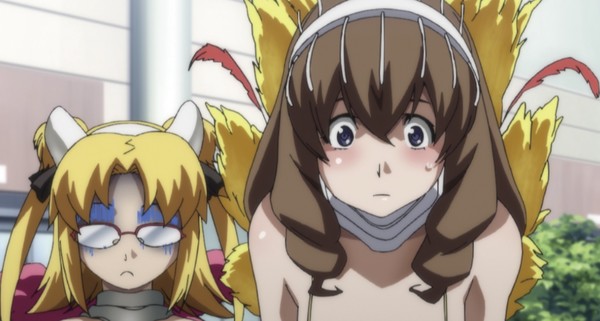 Let’s take a look at the components of this show visually, shall we? First, we have the Mecha designs. Now to be fair, the Mechs (Machina) actually have a pretty cool design behind them. However, when they are displayed in the show, it is only as a primitive 3D model that look incredibly horrible. This is even worse when you combine it with the next point.

The next point is that even when displayed on a low res setup, the show is an incredibly blurry mess. This is especially true when the Mecha are in combat and are moving everywhere. I am incredibly glad the Anime industry is moving away from 3D models, but this is definitely a products of it’s time. I’m not entirely sure why this show was so blurry, even when playing at the native resolution for DvDs, it was just bad.

The character designs in this look like they were lifted from other more preferable characters from other shows. For instance, there is this one character that looks like Kato from Gantz. He even behaves like a simplified version of him at times. The only exception to this rule are the female characters, who look like every other female character from every other show. The villains are kind of cool, but they just seem to have taken stereotypes from around the world and stuck them in the same room. Ever wanted to see Dracula in the same room as a Cowboy? Watch this show. 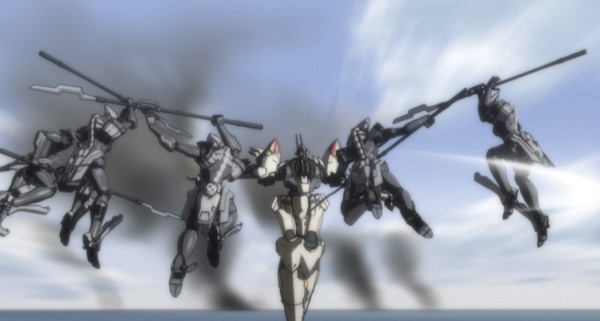 The audio in Linebarrels Of Iron are its strongest point. Right from the get go you realise the superiority of the opening theme rendered by the incredibly beautiful ALI PROJECT group. The first ending theme is equally as awesome and having these two traits is usually enough to sell me on a series. The second ending was pretty average, but the first ending was ultimately beautiful.

What was really cool about the audio in this show was that they reused variations on these same themes which added a greater sense of beauty to overall soundtrack. Hearing the opening theme played entirely on orchestral instruments sounds amazing in some of the later scenes in the show. 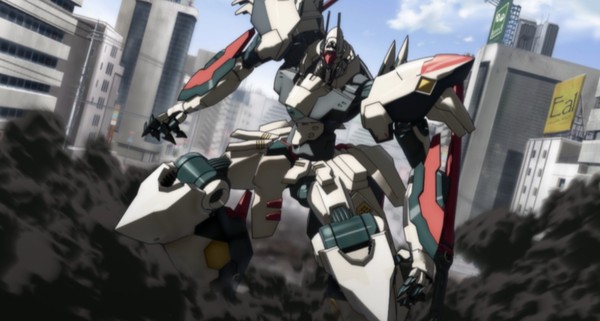 However, that is about where the audios greatness ends. After you take into account the awesome themes and insert songs, all that you’re left to consider are the shows horrible dubs (both English and Japanese) and the equally horrible audio work. This is something that confused me as a viewer because somebody in the audio department had to have known what they were doing to have selected such incredible insert songs and themes. How did a lack of quality even manage to get in there at all, let alone stick for an entire series?

One last thing you’re going to hate about this series is the entire casts obsession with the phrase “Hero of Justice”. Seriously, I kept a counter going for whenever that phrase was uttered in the show and it eventually broke. So I’m assuming the counter ended somewhere at a count of around ~9001. This is especially prevalent in the earlier episodes, but it does linger throughout. I think the least amount of times it was spoken in an episode was around 10 times. 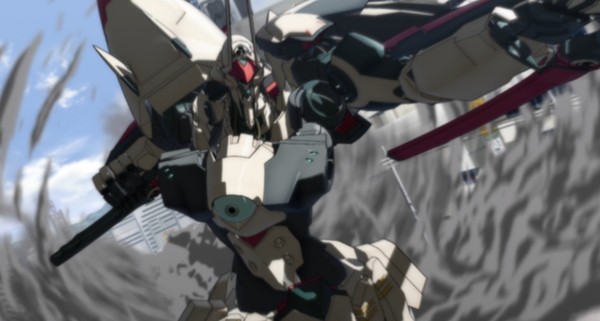 I think that whomever was responsible for packaging the DVD release had to have known that this show wasn’t worth the value solo. So they’ve filled this to the brim with Special Features. There’s a massive list here and some of them are actually pretty impressive to watch (in particular the music video, *drools*). The following is a list of all Special Features:

There is also an additional OVA disc which contains a further two episodes. It’s an interesting watch.

Overall I’d have to say that this show is only worth watching in the same way that watching a house explode would. It’s an incredibly horrible mess that might end up hurting you somehow, but yet, it’s just so horrific that you can’t look away. You have to keep watching, keeping an eye on the horrible mess unfolding before your eyes. Watch with booze and buddies that love dubbing over a show.