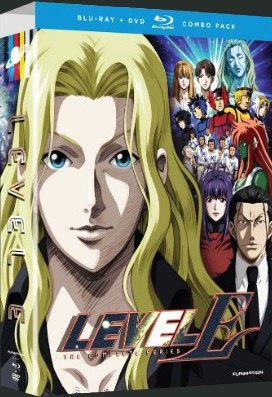 Overview:
With all the emphasis on dark and supernatural it’s nice to see any change of pace sometimes and going in the complete opposite direction would be Level E.  Based off of the manga of the same name, Level E can be described in two words with aliens and absurdist, which is about as opposite as can get from that.  To make the show even more fun, the main character is voiced by Vic Mignogna and given clearly a lot of free reign on how to play the part.  It comes down to though whether or not all this can match up well enough to provide a quality experience for the viewer.

Story:
Level E as a whole has no central story, instead it has themes which resonant throughout the different arcs across the 13 episode run of the series.  Themes of the show range from having to hide the aliens that come and go from planet Earth, the differences and intergalactic politics that the different species carry with them, and the cruel sadistic nature of Prince Baka as he makes everyone run around as sheep.  Prince Baka being of course the long, blonde haired male voiced by Vic Mignogna, who while being the pseudo-star of the show ranges from hero, anti-hero, and villain throughout the arcs. 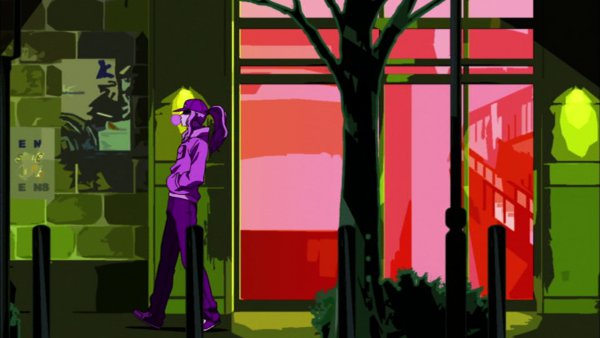 Speaking of the Prince, now is probably the best time to explore him as a character, as being the biggest unifying tie between arcs he pretty much makes the series.  Prince Baka, despite a name meaning stupid, is a brilliant, but bored individual who satisfies both his desire for knowledge and boredom by torturing those around him, though a majority of this is targeted at his head of security Craft.  His personality then will leave some on either side of the fence about him, though hopefully however anyone feels about him, they should be able to enjoy just how ridiculous he is, especially over how much fun Vic seemed to have playing him.

The cast of characters alongside Prince Baka is variable from arc to arc, while all existing at the same time some never interact directly, instead only happening to be connected through the Prince and his three “crew”.  One side cast includes a promising baseball star and female classmate, both of whom are okay likable characters with what seem to be interesting aspects to explore that unfortunately don’t.  The other side cast being the Primary Color Warriors/Color Rangers, who, well I think we can all see where they were going with that.  In truth, the Color Rangers are some of the more fun episodes, not simply because they are a straight up parody, but because they are also the easiest characters to relate to. 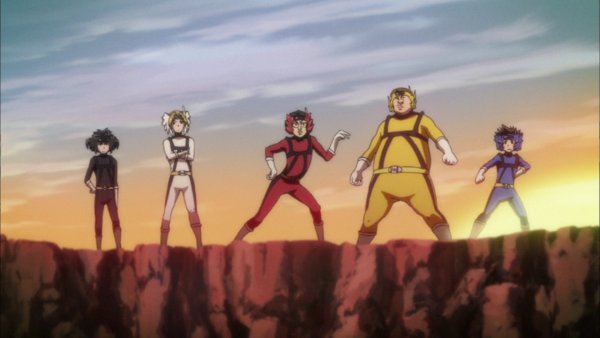 The story arcs themselves range from 1 to 3 episodes, with variable involvement from Prince Baka.  On some occasions he is the lead with everything revolving around him, on other occasions he is simply a plot device to further the story, and still others he only having a brief cameo or being completely absent.  While the quality of the stories are consistently high the series suffers from the fact that the arcs are almost completely unrelated, but the way the minor characters cross paths with the different side characters leads to some hope that the end may have some unifying adventure.  This is however in vain as it maintains the same minor cameos instead of something bigger.  What the show does offer however is a variety of short stories that should be enjoyed by fans of absurd humor, though with the drastic change in style and main characters between arcs chances are everyone will have one personal favorite.

Visuals:
While the series as a whole features some great animation, there are a tiny few aspects of it that look and feel out of place in the world they live in, such as the Prince’s hand puppets that only appear once in the series.  This wouldn’t be too big of a problem except that these things show up very early and somewhat subtract from the otherwise beautiful aesthetics of the show.  Besides these small issues the animation and design is phenomenal, even having a drastically different style from human and alien elements, so that they appear strikingly different and truly alien to each other. 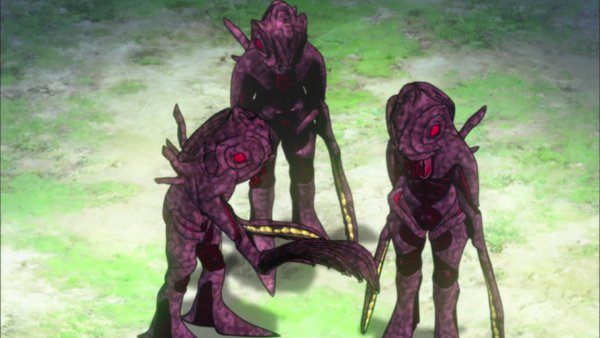 From 8-bit to standard animation, how the show looks varies a lot, though not nearly as much as Prince Baka’s personality.  With such a wealth of styles it is great to see just how well they all fit together, as well as the situations they are used in.  Additionally, the show also makes sure to visually separate flashbacks and memories in a unique way not only from the standard white-out edges, but depending on what species of alien is having them.  Giving the show a look that any other show would be hard tasked at trying to match.

Audio:
As astute readers may have noticed by his constant mention, Vic Mignogna’s performance as the Prince plays a pretty big role in the series itself, which actually makes the English the preferred language to watch it in.  Though understandably some might worry about losing a bit of the narrative due to dubbing, but there isn’t any reason to in the case of this show.  With the weird humor there isn’t much to lose, in fact Vic is able to better bring in more Western space and pop reference into the show, such as mimicking Captain James T. Kirk amongst others, that is absent from the Japanese. 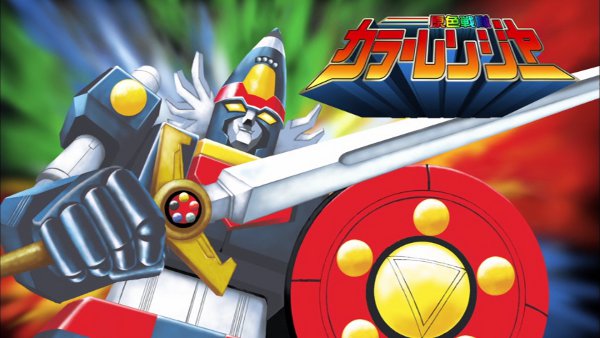 In terms of music, the show again runs a vast gamete as it changes throughout the arcs, so really all that can be said is how well it does all seem to fit each respective situation, from the classic mysterious UFO music, to the theme for the Color Rangers.  The Color Rangers Theme itself is a funny song and different between the English and Japanese, as Vic apparently got to write the English version himself making it of course more over the top.  The opening theme, “Cold Finger Girl” by Chiaki Kuriyama fits well with its rock style, but also with its somewhat all over the place lyrics.  The ending theme, “Yume – Mugen no Kanata” by ViViD however only really fits to the shows theme of outer space.

Extras:
With the series as absurd and weird as it is, it is a little bit of a let down to see the selection of extras to mainly include only one unique video along with the usual commentaries, textless opening and closing songs, and trailers.  The commentaries themselves for the 7th and 13th episodes are somewhat interesting as the 7th features all the voice actors for the Color Rangers, 4 female and 1 male, as they talk about auditioning and working together, while the 13th features the voice actors for the Prince and the human baseball player as they talk about how Vic approached the Prince’s voice and a little about getting into voice acting. 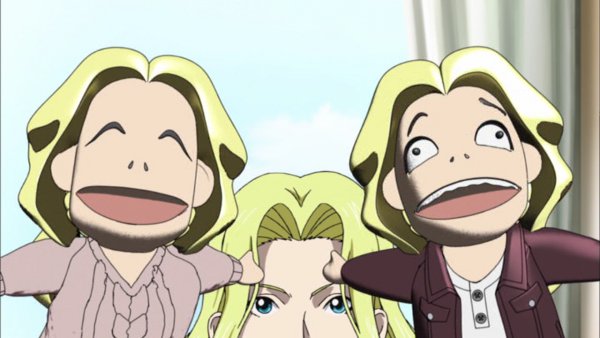 While there isn’t too much to be said about the textless songs and trailers, the one unique video does have some good moments as Vic Mignogna plays both himself and the interviewer and does an interesting take on what would be seen as a terrible interview, especially the “who would win in a fight” and the interviewer not caring about the show at all, instead only wanting to talk to/about Vic.  It’s a little hard to tell what the video is pointing at, as it could be taken two ways.  Either as a self parody of how the entire show makes a big deal about Prince Baka, and subsequently Vic who plays him, while the other characters are in fact more likable and more interesting; or just being a funny video and missing the irony, which viewers can take it however they want.

Overall:
Level E isn’t a show that is going to be loved by everyone, though at the very least anyone should find something that they really enjoy across the 13 episodes and different story arcs.  While the Prince is fun and interesting as a character, the inconsistency of his presence subtracts from how much viewers can appreciate his humor, leaving other characters to be more enjoyable in the long run.  With great quality in design and sound, the show is a good one to watch, though it feels like it is better after watching it a few times to understand just how the structure of the very different arcs works together, as the first time through it easy to be distracted by wanting to see more of the previous arc’s characters.