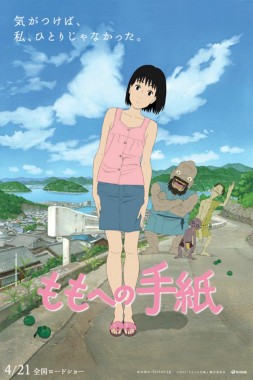 Overview
The words left unsaid are the ones that haunt us the most. Letter to Momo is a tale of what goes unsaid. The pain that can come from the unknowing. It is only amplified when those words will never be said. It’s a special kind of pain that comes with losing someone. When someone passes on from the world, we ask ourselves countless questions and sometimes even ask ourselves what that person would say to us now.

Letter to Momo is a heartbreaking film from legendary animation studio Production I.G. It deals with life, love, death, family and all that lies in between. Momo is on a journey to discover those unspoken words and its a journey that at one point or another we all must take. Letter to Momo may just be the dark horse for best film of REEL Anime 2013. 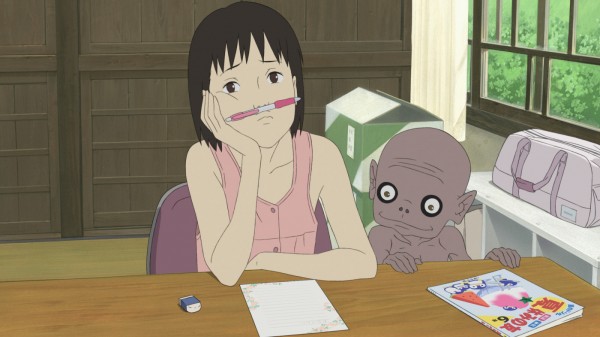 Story
After the tragic loss of her father, a young girl named Momo seeks to uncover what her father wanted to say to her in a mysterious unfinished letter that simpler reads ‘Dear Momo’. It is these two words to set into motion a whirlwind journey to of self-discovery and acceptance.

The story plays out slowly but surely revealing layer upon layer to this world and colourful cast of characters. Momo finds herself in a situation where she feels alone, soon enough she begins to find herself surrounded by strange and kooky friends. Momo is conflicted about how her mother is reacting to the loss of her father and their relationship becomes damaged, with guidance of her somewhat magical friends she begins to reconnect with not only her family but also herself.

As the film rolls on we come to see in full form how deeply connected each and every plot point is, all in all amounting to a complex and well constructed narrative with deep emotional resonance. The heart strings this film pulls at is gut-wrenching at times, but ultimately Letter to Momo embodies a spirit of hope that transcends its darker elements. 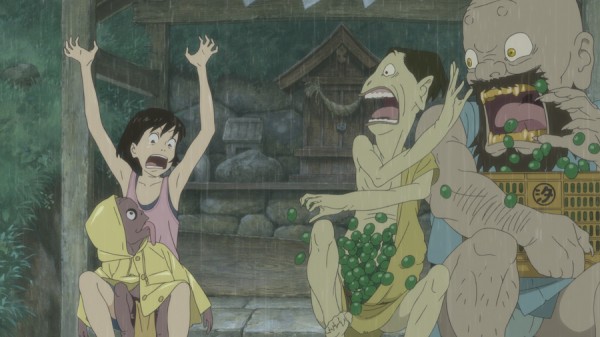 Written with meticulous delicacy and attention to detail, Letter to Momo is nuanced and subtle. Character motivation and plot details are often left unspoken, treating the viewer with a deal of intelligence to be able to understand and empathise with the situations playing out on screen. There is no hand-holding or drilling of points, whats said is said and this film respects the audience enough to let them ‘get it’.

The connections forged between the characters are well developed and the setting by the sea is fully realised to the point in which it becomes a character in its own right. There are several unforgettable characters in the film and they are a big contributing factor to what makes Letter to Momo so very good. Their interactions feel truly genuine almost as if this cast of characters have existed long before the film even began rolling. It’s a kind of sincerity that is difficult to pull off, but it is one that Letter to Momo believes in and commits to wholeheartedly. The bonds feel real and that is really a testament to the quality writing of the film.

It isn’t very often that a film comes along that expresses such heart and invokes such emotional resonance. Letter to Momo does this and makes it look easy. By playing its emotional side with sincerity it does not fall into the pitfall of being emotionally manipulative and is subsequently genuinely profound in its portrayal of loss and the pain that comes along with it. It is a universality that underpins Letter to Momo and it is that sentiment that makes it so powerful. 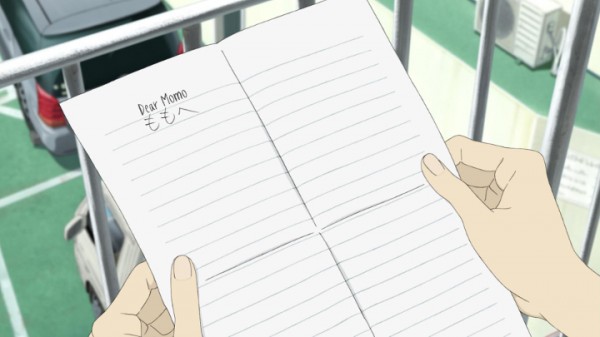 Visuals and Audio
Letter to Momo blends aesthetics to create quite an interesting juxtaposition. The film mixes several beautiful landscapes and characters with harsh and somewhat ugly characters and imagery. It hits the right note for the film, mixing the hopeful side of reality with the darker side of things. This makes for an interesting visual experience, mixing a Ghibli-esque vibe with the uniquely Production I.G. style for some unforgettable imagery.

As far as the film’s soundtrack goes, I.G. have done a brilliant job crafting a memorable composition that hits just as deeply as any word spoken. It adds insurmountably to the film’s emotion, giving it the power behind several of its best scenes. Its also worth noting the incredible voice work by all involved. Each character was well acted and portrayed sincerely with the feelings behind the story conveyed superbly. Finally the theme song performed by Yuko Hara is a delightfully uplifting track that perfectly captures the spirit of Letter to Momo. 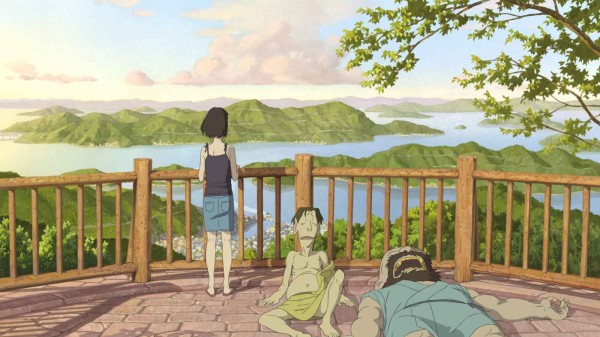 Overall
This was a film that reportedly was in production for roughly seven years. The time spent on it shows in each and every lovingly detailed scene. It is evident that this was a project of passion and one that was made with a great deal of love. There is heartbreak and pain sprawled across two hours of film and it is complemented by a spirit of hope and love that transcends all.

Letter to Momo is an incredible film that proves that the greatest stories are the ones told with sincerity. This is a honest tale of loss, grief, pain, self discovery and the long road of picking up the pieces of who you once were. It is an affecting journey with a profound message of life and death beneath it all, that must be heard.

If there is any film you see at the REEL Anime Festival this year, make it Letter to Momo. It may not be the most overtly flashy or exciting looking film on show but it is undoubtedly the most heartfelt film of the line-up. This is the labor of seven long years of passion and it is a film that should not be missed. Don’t let what this amazing film has to say go unsaid.