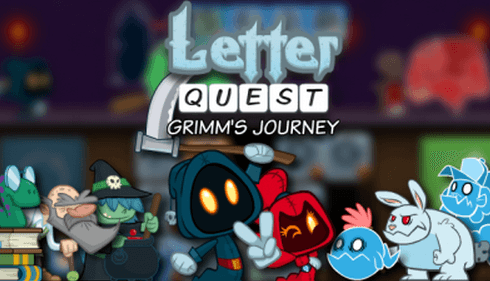 Death is upon thee in the form of words, thy cannot escape the grim fate of a reaper’s hunt. And so, Bacon Bandit Games and Digerati Distribution present Letter Quest: Grimm’s Journey, a haunted twist to scrabble and its unusual place in a role-playing game. What is this madness? Should we grimace in response? Or endure the dead weight of Grimm’s Journey? 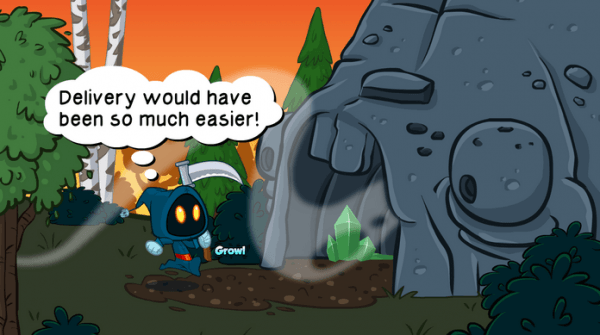 Grimm is not your average reaper, aside from the whole “lingering in the darkness in a long, hooded black cape and a scythe in hand”. Who would have thought that Grimm or his partner in crime, Rose, would need the power of words to slaughter horrifying monsters? In practice, the clever concept of using words as a means of fighting delivers an enjoyable casual gaming experience for players. However, let’s not forget that Letter Quest: Grimm’s Journey is clearly a revamp of PopCap Games, ‘Bookworm Adventures’ from 2006. What is clearly lacking . . . is the storyline. The developers attempt at narrating Letter Quest: Grimm’s Journey through the comic strips, is disjointed from the main focus of the game. Despite the limited storyline, players will still be incentivised to complete all of the 40 levels, all of which offer 4 different challenges for players to complete.

What makes the game unique and addictive to play, are the limitless range of words that players can create using the fifteen letter tiles in each round. Players are able to deal damage to monsters with each word they spell, however the damage dealt is greater if longer and more complex words are used. The encyclopaedia factor adds to the thrill of learning new words from the tiles provided, and thus being able to transfer their knowledge from the game to the real world. Unless of course, players are too embarrassed to reveal that they didn’t know the name of one of their favourite television shows, ‘Dexter’, actually means “on or towards the right-hand side”. 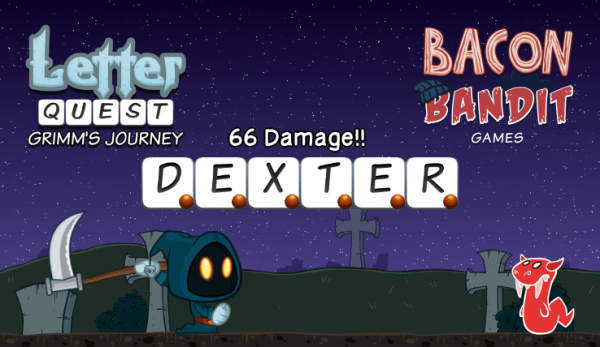 One Of My Best Saved Word Images!

The most exciting and challenging element in Letter Quest: Grimm’s Journey are the different combination of tiles that impact on the word choices players make. There are an assortment of tiles with crippling (or wonderful) effects, which ultimately impact on the amount of damage the player deals to the monster and possibly, themselves. At any random time, monsters can transform letter tiles into poison, whirlwind, rocks, crystals, knives and duplicate tiles. God forbid, players get caught with plague ridden tiles and must prevent the spread of disease to other tiles in each turn. To top off the rising difficulty of each level, in Grimm’s Journey there are bosses who can only be defeated on special word conditions, for example; Coney King takes quintuple damage from words containing the letter T.

In order to survive, it’s essential for players to constantly upgrade their weapons, health bar, alchemy, armour and purchase books that increase the percentage of damage dealt, as well as purify potions that remove the bad effects on tiles. Players are able to buy goods from the store using the gems they earn in-game from battle and treasure chests. During rounds, players are able to make purchases from a dodgy-looking Santa, which is good because the store is not accessible in-game. These items include; a shield that reduces damage by 50% for one turn, increase damage by 30% for one turn, bacon for increasing 10% health and steal health for 50%. In other instances, players could earn themselves a mystery reward if they guess the correct word right, with only 9 attempts to fill in all of the blank spaces. 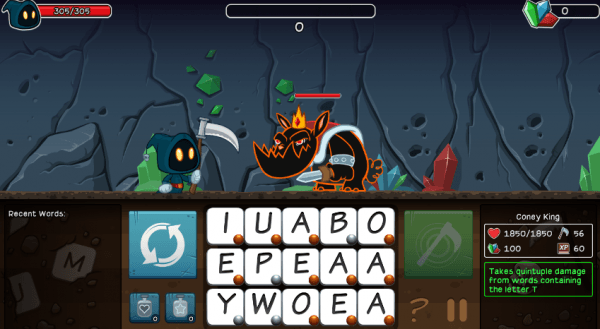 Bacon Bandit Games and Digerati Distribution have done a superb job balancing the creepy and dark undertones of a grim reaper in their picturesque animations. The cartoonish bosses – evil rabbits and angry wolves stand out with the colourfully detailed scenery of caves, graveyards and forests. Despite Letter Quest: Grimm’s Journey being a casual game, it was good to see a map included in the game to outline the players path. One of the best visual features in the game, is the fact that players can save their best word image at the end of each round – for boasting rights of course!

Grimm’s Journey is packed with sinister and fast-paced music, which draws on the intensity of the turn-based combat in the game. I found the music to be more dramatic during boss levels, as expected, and I couldn’t help but think of myself playing in an arcade arena. However, after several hours of playing through each of the levels, the upbeat music can start to get on players nerves. 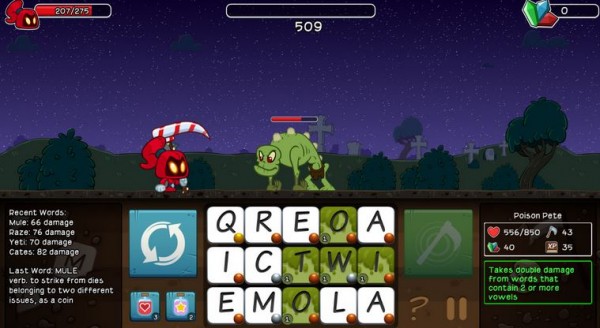 Being a fan of word puzzles and role-playing games, there’s no denying that Letter Quest: Grimm’s Journey does a fantastic job at combining the two genres into one game. While it may seem like child’s play, Grimm is suitable for all ages and will have even the greatest minds baffled to solve their next word. Don’t leave Grimm hanging on one letter, join the hauntingly beautiful scrabble pursuit.