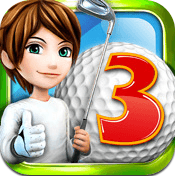 Overview:
Golf games have a history of being monotonous, tedious and at times just plain unexciting. Let’s Golf 3 had a lot of ground to cover, if it wanted to be a good game. It had to tear down the stigma attached to iPhone games of the sports genre as well as defy many peoples preconceptions about Golf games. Is Let’s Golf 3 up to par or is it another in a long line of mediocre golfing games? 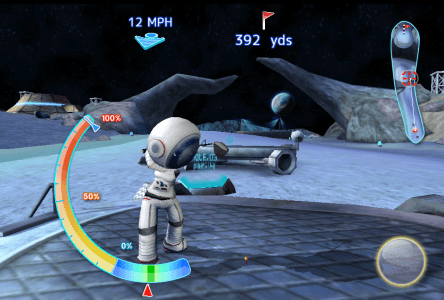 Gameplay:
From the get go Let’s Golf 3 has something to prove, it is going to be a game with simple controls which provide a leisurely play-style that is easy to comprehend. It does so quite well with a very in depth tutorial explaining the swinging and aiming system, all of which is simply a touch away.

While the controls and overall gameplay are extremely simple and become second nature in little time, there is a great deal of unnecessary explaination and hand-holding. This is first evident in the tutorial, which lasted much longer than it really needed to be, without having an identifiable way of quitting (if there was a way I could not find it). This did not set a good first impression, but once it was over and I got to jump into the game my feeling of Let’s Golf 3 improved greatly.

That is until, I was unable to continue playing unless I either waited a few hours for my little points metre to automatically recharge or I purchased points with real currency. That is right, the game actually punishes you for investing time in the game by making you pay in either time or money. This was a complete and utter disappointment. It is completely sad that Gameloft had to throw in one of these money-grabbing tactics onto a perfectly good game.

Alongisde this disappointment is long loading screens, but they aren’t anywhere near as disappointing as the previously mention part of the game. Thankfully there are plenty of redeeming qualities here to make this atleast worth a purchase, such as an in depth character development system and lengthy single player campaign mode. Overall the gameplay is enjoyable, however it is undeniably held down by under-handed money grabbing tactics that completely halt the gaming experience and leave the player feeling more than a little exploited. 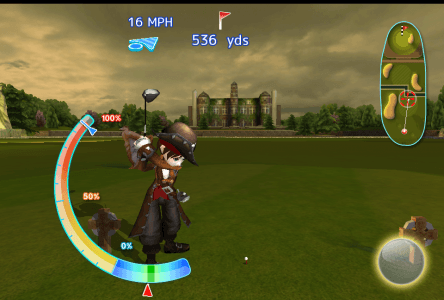 Overall Let’s Golf 3 is a visually impressive title for the iPhone, which matches it’s impressive gameplay. It is evident Gameloft put a great deal of effort into the development of the game. If only they did not let the game down in other areas as previously stated.

Audio:
The music in Let’s Golf 3 was a great mixture of poppy little tunes and and relaxing easy listening, that perfectly reflects the attitude and persona of the game. The sound effects are also well done, being very accuracte to real life golf noises. Also the characters voices are well acted for an iPhone game, which was a pleasant surprise. Gameloft once again do not let the player down in the audio department.

Conclusion:
In closing, Let’s Golf 3 is a solid title that would have been much better had it not relied on under-handed marketing tactics that halt gameplay completely. If it weren’t for the redeeming gameplay aspect (during the times you can play without having to pay to recharge your character) this game would undoubtedly have been a complete failure. Unfortunately though, due to this disappointment, it never breaks through into the echelon of greatness and thusly remains in the land of mediocrity. It’s a crying shame when a game as good of this is held back by such grave misteps in production.

Therefore I give Let’s Golf 3:

Check out more articles from Gameloft