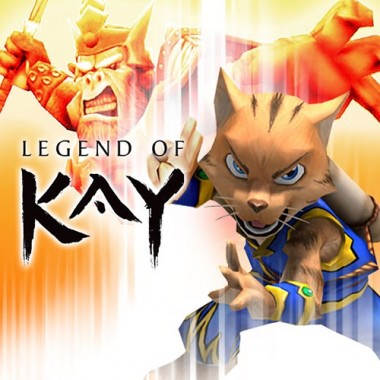 Overview
Legend of Kay was originally released on the PlayStation 2 back in 2005. The game garnered enough positive support to warrant a version released on Nintendo DS in 2010. Now, Nordic Games are bringing it to the Sony Entertainment Network so fans and enjoy the action-adventure title on their PlayStation 3, but how does it hold up? Is it the cat’s meow or has time killed some of this feline’s nine lives? 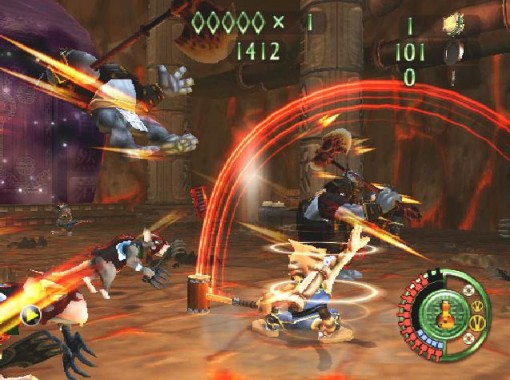 Story
The land of Yenching is a peaceful place. Cats, rabbits, frogs, and pandas have all lived in peace, prospering under a religious code known as the Way. With the younger generations abandoning the Way, though, the gorillas and rats have come into Yenching and taken over. After having his martial arts school shut down by the gorillas, Kay, a young feline warrior, takes his master’s sword and sets out to topple the unjust rulers once and for all. Now he’ll have to venture through the homes of rabbits, frogs, pandas, and more to complete his quest. 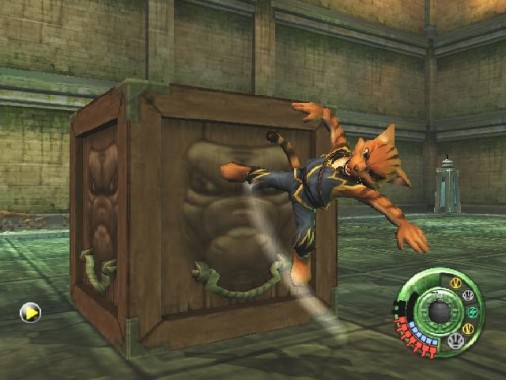 Gameplay
Fans of games like Crash Bandicoot will quickly feel comfortable with Legend of Kay. The game’s controls are responsive and comfortable, letting you move, jump, attack, defend, and more to progress through the world of Yenching.

The game’s story feels like a standard Saturday morning hero-must-save-all-the-cute-stuff tale, not unlike the classic Crash Bandicoot or even Sonic the Hedgehog. You typically show up in an area and are told about the plight each peaceful race has had brought upon them by the gorillas. You’ll then set off to help resolve their issues, snagging some extra goodies along the way if you want. It’s familiar territory whether you’ve played the game or not. It’s solid fare, but presents nothing remarkable. 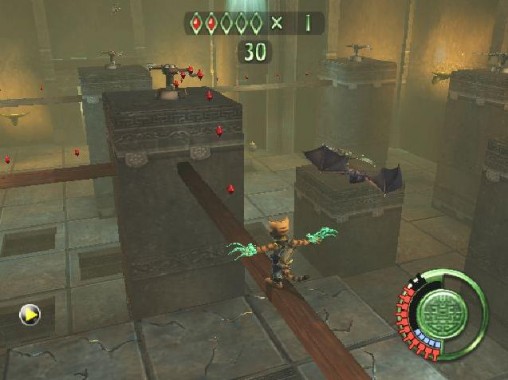 The game is spaced out over the course of several major areas. In each area, you’ll deal with a different peaceful species that’s been captured and oppressed by the gorillas. Kay will talk to the townsfolk of each area, finding out what plights they’re suffering and working to right those wrongs or otherwise help out the townsfolk. While there’s one primary quest line to follow, there are often several side quests to keep you busy should you stray off the beaten path.

One of the most intense aspects of the game is the combat. Since Kay is a martial artist, it only stands to reason that we should be excited to take out as many rats as we can. The combat system is well designed, giving you a handful of options for dealing with groups of enemies. Surprisingly, the martial artist only uses his sword in battle, but you can attack, uppercut, jump slash, dodge, block and more to deal with your furry foes. Taking out a big group of enemies quickly can be rewarding, while wildly slashing about can make for a quick end. 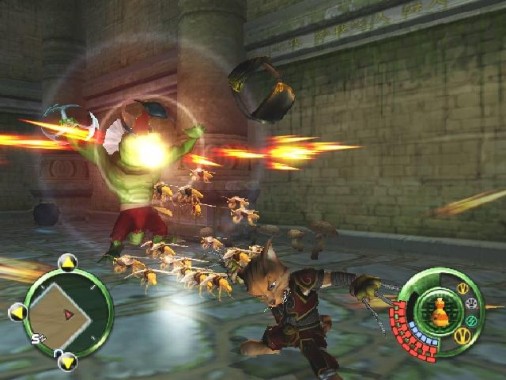 Though the world doesn’t typically change too much, in terms of theme, from region to region, there’s plenty of content to keep things interesting. Each area has a few branching paths with hidden things to collect. There are also hidden cat statues scattered about that can lead to a handsome payoff should they all be activated.

If Legend of Kay will hold a spot in your memory for years, the voice acting will be the reason. To their credit, the entire story is told using voice work. Unfortunately, none of it is even close to what games like Uncharted or The Last of Us have brought us to expect. Legend of Kay has, beyond the shadow of a doubt, the worst voice acting I’ve ever listened to in a game. Period. In what appears to be an attempt at grabbing an age-appropriate voice actor, Kay is voiced by an obviously inexperienced adolescent. The inflection often misses the mark. None of this is helped by the poorly written dialogue, which challenges actors to deliver lines punctuated by “Cheesebreath,” and other poor indignities. It all falls flat, serving only to hamper the experience. 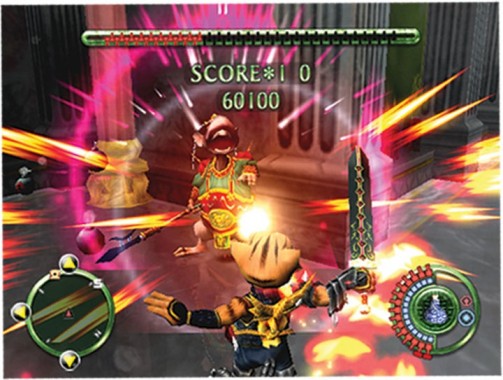 Beyond the unremarkable story and terrible voice acting, the game is hampered by occasional riding sections. These put you in control of Kay as he rides atop a beast. The controls feel a little too loose here and they generally boil down to memorizing the courses through previously failed attempts. The camera control also suffers when you’re confined to tighter spaces in, say, a single room boss battle.

Visuals & Audio
Visually, Legend of Kay looks rough. The re-release of the game didn’t grant it any sort of HD update or even minor visual cleanup. The game is nearly a decade old, and it shows it. Still, the characters have an appealing cartoonish aesthetic to them, and the bright color palette is fun to see. 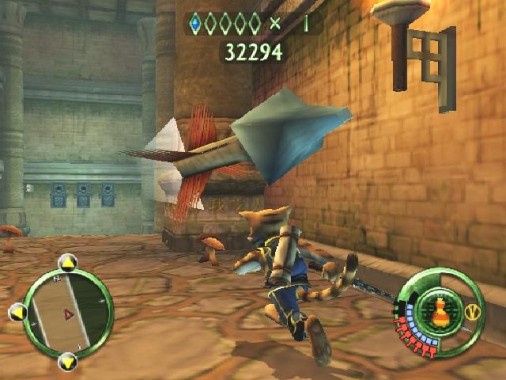 For the most part, the sound is fairly unremarkable. The soundtrack and effects are run-of-the-mill and forgettable. However, as previously mentioned, the game truly has one of the worst voice acting deliveries I’ve seen in a quarter century playing games.

Overall
Despite outdated graphics, a run-of-the-mill Saturday morning storyline, and the worst voice acting since the Zelda games on the CD-i, I’ve enjoyed the time I spent playing Legend of Kay. The combat and maneuvering mechanics feel sharp and responsive and the bright world is fun to run around in. If you can get past the terrible voice acting and dated graphics, there’s a fun, solid platformer here.