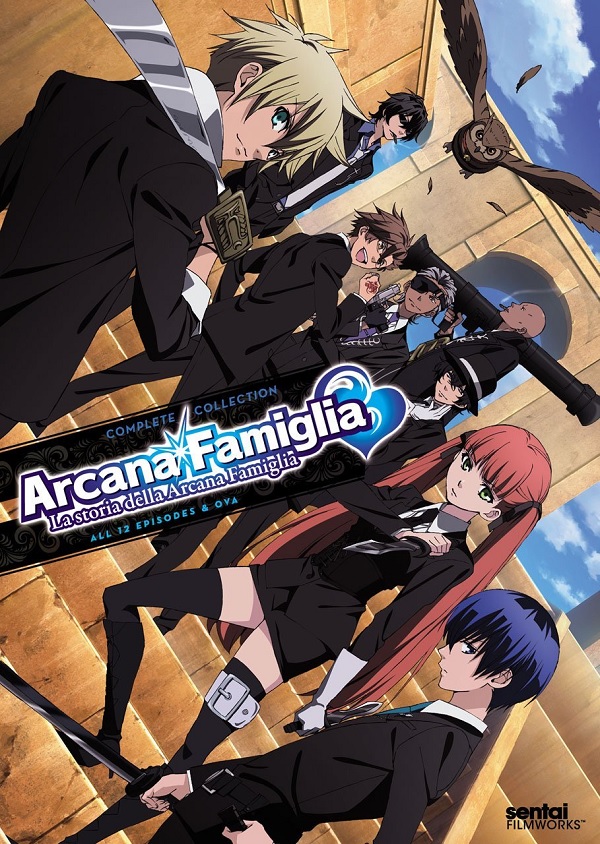 Overview
First impressions are often the most important part of anything, whether it is meeting people in life, watching a new series, reading a book, or even playing a game. They often determine whether or not a person will like what they are seeing and set their expectations on things to come. That is why many anime viewers have a three-episode rule where they give series a chance to unfold before walking away from it; however what if a series portrays itself as something it is not? Well, now that La storia della Arcana Famiglia has been released in English by Sentai Filmworks, we’ll have to see.

Story
The island of Regalo has seen troubling times in the past and numerous forces and disasters have fallen upon the land but despite everything that has been thrown their way, the people of Regalo have always persevered with the help of an organization boasting skilled members that have special abilities. This organization is called the Arcana Famiglia. 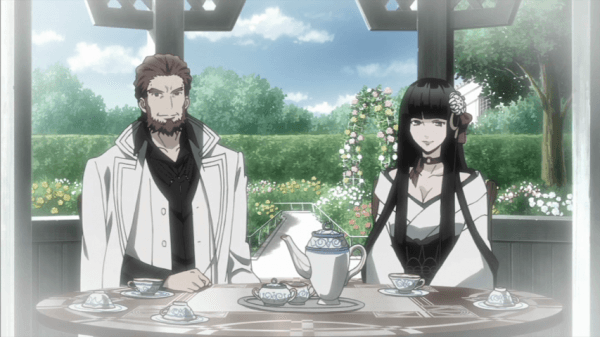 While many of their members are normal hard working people, the leaders of the group have made contracts with Arcana cards, variations of Tarot cards, which provide them with a special power that is unique to their card. After many years, Felicità’s father and the leader of the Famiglia, Mondo, also known as Papa, has decided that it is time for him to retire and as such, he will be holding a tournament that will be called the Arcana Duello where the various members of the Famiglia will battle it out.

The winner of this tournament will not only be given the seat of Papa but they will also be granted any wish of their choosing and be able to marry his daughter, Felicità. She is less than willing to accept this proposal and has decided that she will fight for her own path in life, even if it means fighting against her fellow family members to do so. 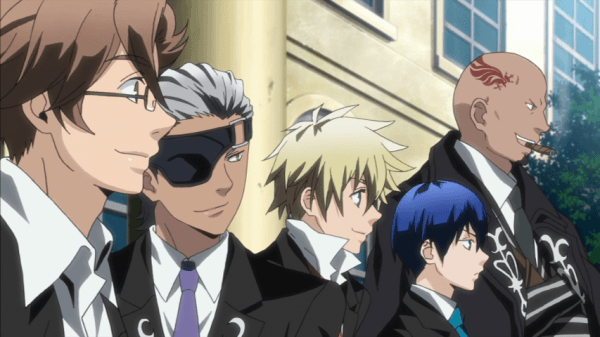 Now while Arcana Famiglia may introduce itself as an action series, it is far from it as it is actually a series that is an adaptation of an otome visual novel which to be fair, many viewers may already know. However even by dropping the action aspect and providing viewers with a reverse-harem series focusing on a single heroine and many male characters with Felicità growing both as a character and closer to others, Arcana Famiglia unfortunately has little going for it.

Perhaps it is thanks to the limited number of episodes available for the adaptation, but the series has a terrible habit of simply introducing a few surface level characters and providing some very minor story advancement and then completely dropping them in order to focus on pure fluff, despite the fact that all of the characters in the series seem to have an engaging story waiting to be explored. Even with Felicità being the heroine, and the two main male characters being Luca and Libertà, viewers are given very little reason to care about the characters despite almost every episode focusing on the trio. 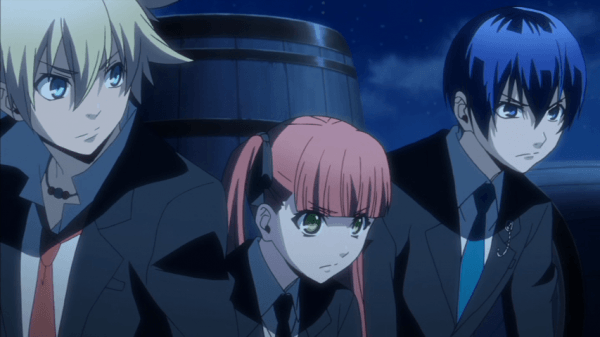 There are hints to the past and abilities of both Libertà and Luca’s but nothing ever comes out of these developments. Instead viewers simply have to take it everything at face value and follow the story as it slowly advances towards an inevitable conclusion. Another trio of male characters that also receive a fair amount of screen time have traumatic pasts tied to a member of the Famiglia and his goal, but even this is dropped after very little explanation, relegating them to simply side characters.

Ultimately, even the potential love story that could develop between one of the characters and Felicità never even comes to be. While there is some surface level flirting and a handful of awkward moments, it is barely hinted at that any relationship could even be started in the series, since most of the cast barely sees her as a woman. It is also bad enough that Felicità comes off as a blank slate that acts more like an accessory to most scenes despite having Arcana powers and some decent fighting abilities. 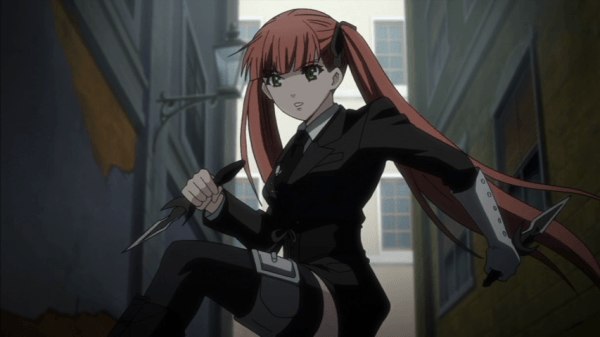 Even with the potential the series has at the beginning, the final story arc provided in this release still provides some sort of conclusion, though it is hard to feel like there was any pay off here for viewers. The reason for the tournament is explained but the tournament itself is given only a half an episode to unfold, leaving viewers with a simplistic ending that simply feels like the writers had no idea how to end it given the amount of time they had.

Visuals
While the story feels like they had nowhere to go at times, it also appears that J.C. Staff chose to give the bare minimum effort when it came to most of the animation sequences in Arcana Famiglia. To be fair, the series does feature an interesting looking art style and the characters are nicely designed with a number of unique details to help set them apart considering the standard outfit is bland. Even the background and scenery look great and help give the feeling that the series is taking place on an Italian island. 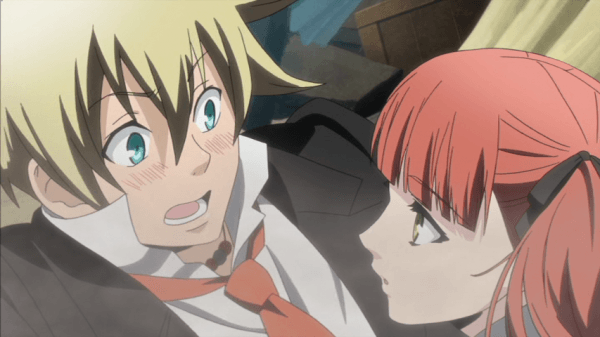 However, the series is plagued with bad animation sequences with some truly bad looking sections. The minimal fight sequences are usually decent looking but they tend to feature some problematic drops in quality as well, mostly whenever Felicità fights, which results in awkward looking fight scenes that hurt the series despite most of the other battles looking decent enough.

Audio
With their release of La storia della Arcana Famiglia Sentai Filmworks has provided both their new English dub as well as the original Japanese voice track. Although the English voice cast does an admirable job with the characters, I have to admit that some of the side-characters, especially Debito, sound incredible in the Japanese version when compared to their English counterparts. Also, giving Nova an English female voice actress seems like an odd choice. 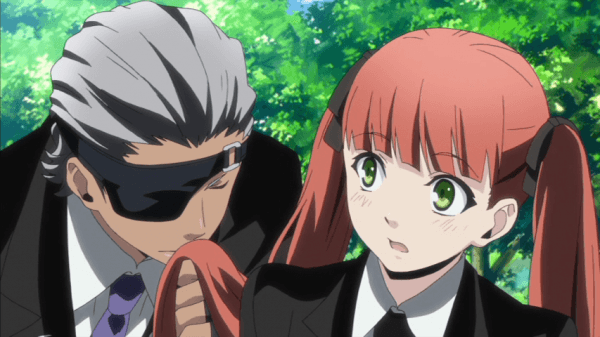 While Kara Greenberg does a good job with the character, the original Japanese voice actor was male and it only helped make the series feel like it was going absolutely nowhere in the romance department. As for the soundtrack, there are some nice background songs that play throughout the series though they tend to be a bit quiet and easy to miss, while the opening theme “Magenta Another Sky” by Hitomi Harada and “Pieces of Treasure” by the Japanese voice actors for Liberta and Nova are easy to listen to and rather enjoyable, especially the ending theme.

Extras
This release comes with a number of very basic bonus features, such as a clean opening and ending theme, trailers for other Sentai Filmworks anime, and disc credits, but it also comes with a bonus OVA. The OVA has been given a full English dub and is called “Capriccio – stile Arcana Famiglia and features a rather funny body-swapping side-story that gives us more character exploration than most of the series.

Overall
When La storia della Arcana Famiglia starts, it exudes potential both as an action series and even as an otome series. However thanks to poorly advancing the story, neither of these things comes to fruition. Despite every character in the series appearing rather interesting each character is given the simplest of exploration despite there obviously being a lot more beneath the surface. Top that off with the fact that the story goes absolutely nowhere until it rushes to a close with an unsatisfying ending and viewers will be wondering where all of the potential from the beginning was lost.