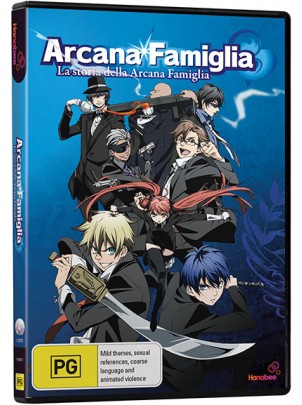 Overview
Australia has seen an unusual amount of “otome” anime recently, shows that are more catered to the female audience, such as Hiiro no Kakera and Hakuoki. It’s essentially the polar opposite of the popular harem take for guys.

La storia della Arcana Famiglia also follows the trend of strong males vying for the main female character but with far more subtle cues than the previously named shows. Mixing super powers, guns and knives within an exotic Italian setting, it seems impossible for this formula not to work. But after so many years of watching anime, we learn that an impossibility is almost a certainty. 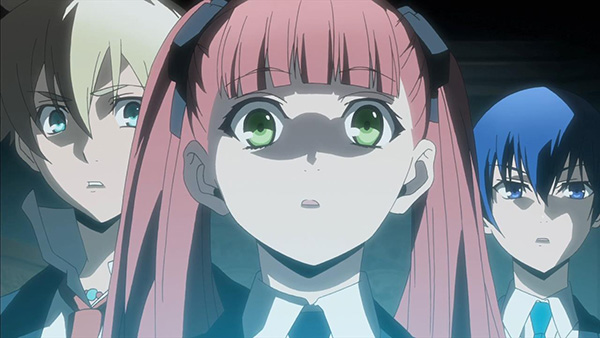 Story
An organisation sits in the heart of the island of Regalo, preventing disasters and aiding the locals in times of trouble. The Arcana Famiglia is a hierarchical establishment, led by the fierce Papa and his subordinates who possess Arcana cards. These cards allow them to use arcane powers, with each individual granted a unique card which in turn gives them a unique power.

The main twin-tailed character, Felicita, is announced to be a reward in the form of a wife to anyone who wins the upcoming Arcana Duello tournament. This is declared by her father named Mondo, also known as Papa, and Felicita isn’t too happy about this. She declares that she will forge her own future. This sounds inspiring but Felicita is such a passive, boring character that her determination falls short of any connection to the audience.

Arcana Famiglia is introduced as a light-hearted action anime built on a strong cast of unique male characters who each have a pretty interesting back story. Whether it’s due to the low episode count or because it’s simply a poor adaptation of what is possibly a good visual novel, the show trips over its own feet and lands in a ditch after only a couple of episodes. It then proceeds to roll around in the ditch making half an effort to actually stand up on its feet again. 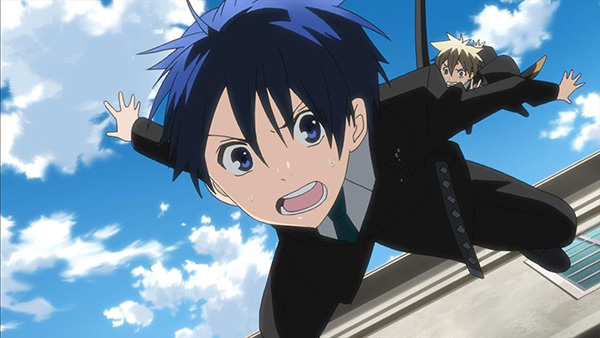 You know those pointless filler arcs that happen in between important episodes of popular shonen anime? This is Arcana Famiglia in a nutshell. The action is dropped to develop the characters and provide an entertaining reverse-harem experience.

Except it’s not entertaining, especially with the female lead being as bland as she is. Two of the males and potential love interests, Liberta and Luca, have a traumatic past that’s genuinely intriguing but is hardly resolved. This is a common flaw in poorly adapted anime that seem to touch upon story elements then forget about them and move on or else the studio will miss the 13 episode dead line.

This would be forgiven if the entire point of the series, the tournament that promises the audience a damn wedding, was awesome and actually gave us a lasting romance. I don’t normally give spoilers away, but true to an under-developed adaptation that tries not to upset any fans, there is hardly a satisfying conclusion. 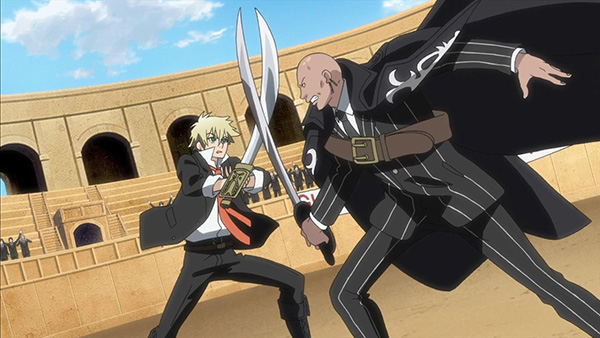 The last few episodes do explain some of the questions viewers will have, other than the predominant “why did I watch this?”, explaining the real purpose of the tournament but only giving us half an episode to witness what was meant to be a spectacular end.

Visuals
Arcana Famiglia was animated by J.C. Staff, a company that’s infamous for releasing great-looking shows at best and horribly average ones at worst. While not bad, Famiglia is best described as vanilla with a splash of exotica given the Italian art and architecture you see in Regalo.

Characters look funky and even Felicita is a mix between cute and dashing as she sports a black suit and high-heel boots. Unfortunately, characters don’t look cool standing around doing nothing, which is how they’re presented most of the time. The odd action sequence is a rare chance to see some substance to the style, but you’ll be slumping back into your chair before you know it as it’s over far too quickly. 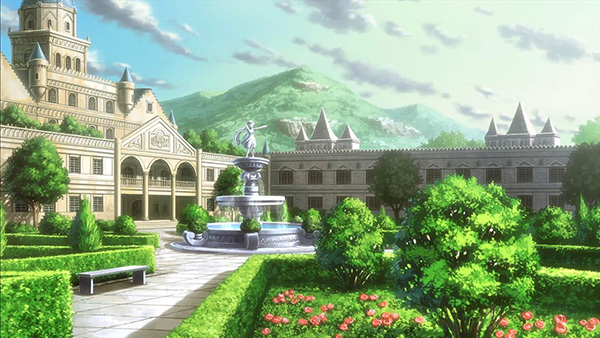 Audio
Hanabee has used the Sentai Filmworks English dub that was provided with the North American release and while some of the voices sound uninspiring, there are some that match the characters well. You’d be forgiven for thinking the main heroine is a mute, as she hardly has a script, and she sounds better during the scant few action scenes than she does when she’s mumbling a few words.

The male cast sound mostly good although Liberta’s forceful “cowabunga dude” voice will have you wanting to watch a violent movie afterward and the perplexing question of why Nova was voiced by a female will forever remain unanswered, especially since the original Japanese actor was a male. Most importantly, this waters down any romantic prospects between Nova and Felicita.

The opening song “Magenta Another Sky” by Hitomi Harada is a great rock/pop track that resembles the fun style of popular singer LiSA. “Pieces of Treasure” by the Japanese voice actors of Liberta and Nova is a bit different, and probably subjective. While the melody was nice, this reviewer wasn’t a fan of the voice tone. 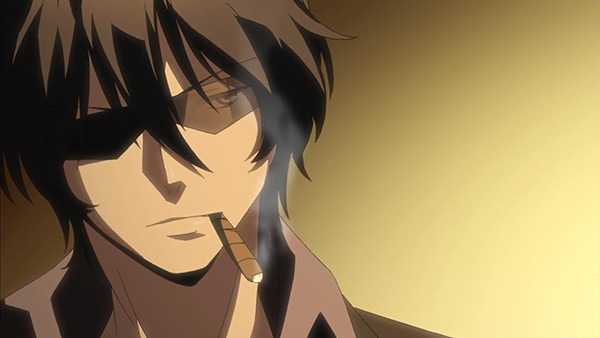 Extras
Arcana Famiglia comes with a few basic extras such as clean opening and ending animations along with the thirteenth episode which is actually a bonus OVA, featuring a funny side story that does more to make the audience like the characters than the previous twelve episodes.

Overall
From the first few minutes you’d be forgiven for thinking Arcana Famiglia is an enjoyable action series mixed with enough reverse-harem elements that appeals to male audiences as well as females. And you’d be wrong, as Arcana Famiglia proves ideas are nothing without direction and execution.

You will be scratching your head wondering why you’re watching this, why this show was even made and possibly why the universe even exists at all. This isn’t an action series and nor is it a romance series. The story is rushed, goes nowhere and the empty ending is further punishment for daring to watch all 308 minutes of this anime.