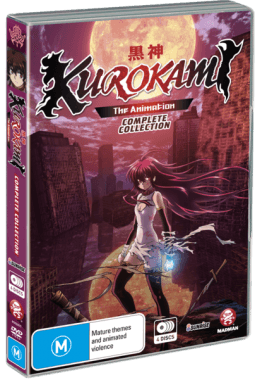 Overview:
‘Do you like this?’ It’s a a question Kurokami poses it’s viewers with several times, never truly finding an answer. It flips and flops about like a fish desperately searching for water, never truly finding that safe place. Instead it haphazardly meanders from one extreme to another incapable of finding that middle ground that it so desperately needed. All that is left in the end is one question: ‘Did you like this?’ 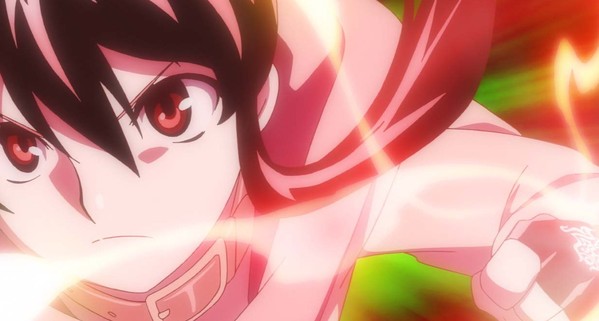 Story:
Kurokami is a very odd series for a number of reasons, the first of which is that it’s an adaptation in name only. The series ‘adapts’ the manga of the same name but as little as possible. The only similarities between both material is the title and characters, this is a completely different story that Sunrise seem to have concocted themselves and it feels really half-baked at the end of the day.

The plot revolves heavily around dopplegangers and a group known as the Tera Guardians who are tasked with keeping balance in the world. Each person has a doppleganger and there is energy known as Terra that is split between these identical individuals. It is all pretty straightforward, except it’s not. Things are explained quite poorly in the first half of the series and character development for some of the leads are almost non-existent (Kuro is a major offender).

The pacing is all over the place and the series never really establishes which route it wants to follow. It appears to head in one direction but just as quickly turns tail and tries another one. It’s disappointing the say the least. 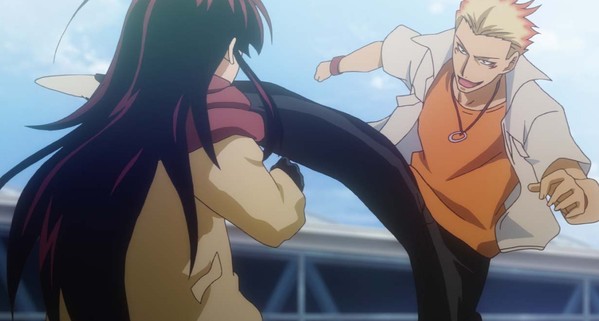 But hey, it’s not all bad. The second half of the series is generally solid, never great, but good. The action sequences are very creative and tell a story in and of themselves, but the problem that plagues the series from start to finish is that it just doesn’t know what it wants to be or what story it wants to tell. One is left to wonder whether it would have been a better idea to follow the source material more accurately, because Sunrise really did not know what they wanted to do with this show. One minute it’s ultra-violent, next minute it’s a generic shonen and then it’s a freaking romantic comedy series all of the sudden. The problem here is that it for one reason or another Kurokami can not tie all of these genres together, leaving behind some pretty radical mood shifts and inconsistencies galore.

It’s that lack of direction that really hampers down the entire experience of Kurokami, which isn’t too bad an action anime at it’s foundations. It just lacks substance and any real measure of depth. The characters are forgettable, the plot is slapdash at best, but the action is exciting enough that it makes for okay fluff to waste some time with. It’s really just all filler, no killer. That is Kurokami. 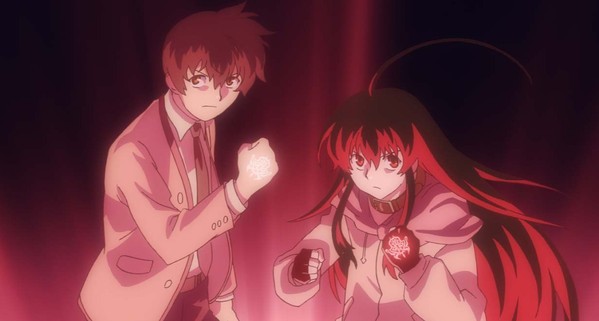 Visuals and Audio:
Probably the best thing Kurokami has going for it is it’s excellent aesthetics, both visually and aurally. The animation is absolutely jaw-dropping in some of the fight sequences and the music that backs it is just as captivating. It’s clear that a great deal of effort was placed into the series visuals and soundtrack, definitely more so than the show’s writing.

The series is rather dark aesthetically, with hues of red and black predominant throughout. The ambiance is likewise dark, but with a bit of excitement thrown in. I particularly enjoyed the opening theme song ‘Sympathizer’ which is just a total balls to the wall smash mouth rock song that does a great job in building excitement for the proceeding, even if they do not always live up to that hype.

The voice work was fairly decent, but ultimately forgettable. There was no real memorable performances and everyone seems to be just going through the motions here, which does throw yet another wet blanket onto everything. But what can you do when the writing is so poor?

Extras:
Madman’s release of Kurokami does pack a fairly interesting punch in terms of bonus content. It features previously unaired episodes as well as your standard textless opening and ending songs. The unaired episodes appear to be episode 23, 24 and one that Madman lists as 12.5, all of which are really non-essential viewing but still worth a look if you found the series enticing enough. Episode 23 is however a recap episode, which you may prefer to avoid watching. Episode 24 is a side story revolving around the characters Excel and Steiner and 12.5 taking place between 12 and 13. So it’s not all bad. This isn’t the best special features Madman have had on disc,with many releases having much more content for the same price. It’s good enough though for a series like Kurokami. 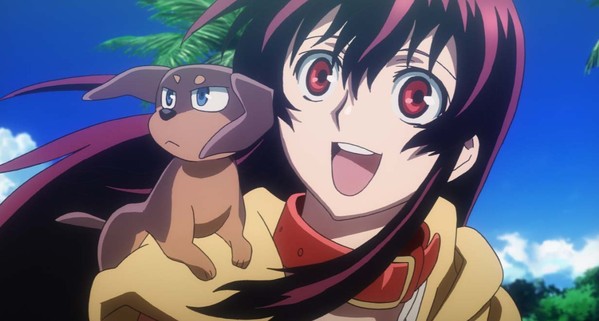 Overall:
When it comes down to it, Kurokami is like a lost child desperately searching for where it belongs, hoping that someone will find them and take them home. The only problem is, no one came to take Kurokami home, instead it was left to wander the streets of plotting, heading up one road only to get scared and try another.

Sadly the series never amounts to much more than a pretty looking punch fest, even though it had all the potential in the world. It is always a sad case when potential goes to waste, perhaps sadder when the potential was as great as Kurokami’s was. But there is no use crying over spilt milk, Kurokami is a disappointment and that’s all it will ever be. The question still echoes; ‘Did you like this?’ No, Kurokami. No, I did not.