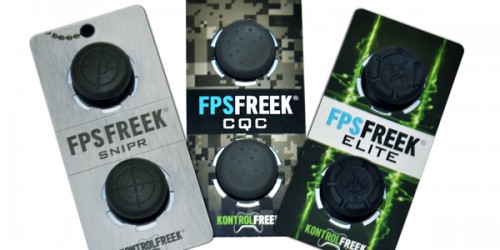 With the recent release of Battlefield 3 and the impending releases of other popular FPS titles like Modern Warfare 3 and Halo Anniversary, gamers will begin looking for ways to augment their gameplay experience, whether that be through online play, collectable memorabilia, or perhaps with the latest FPS gaming accessories. Controller accessories that are specifically adapted to enhance the gameplay experience for 2011’s shooter release season are more than likely to garner a little attention from the gaming community. For anyone looking to enhance their FPS shooter experience this year, or just add that level of personal customised detail to their console gaming experience, it is worth noting that third-party accessory developer KontrolFreek, has recently released a set of 3 controller thumbstick accessories that they have dubbed: “Perfect Arsenal”. Within this set contain 3 different thumbstick covers useable for both Xbox 360 and Playstation 3 controllers, with each being adapted to a different style of FPS gameplay: The SNIPR; The ELITE; and the CQC. 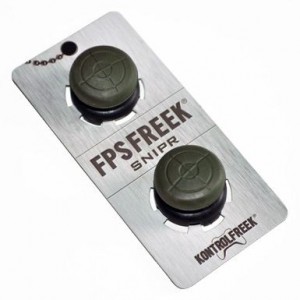 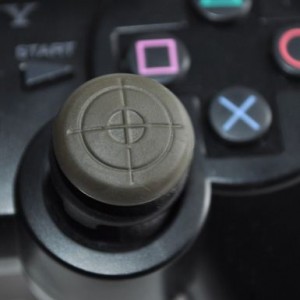 As the name might suggest, this particular control stick accessory is adapted to assist with sniping. Labelled as “a tribute to Battlefield 3” the SNIPR is adapted for players who seek to improve their game in mid to long range combat. Besides the aesthetic design of the sniper crosshair on the thumbstick, the SNIPR provides players with enhanced thumb grip to the control stick. The elongated stick size also allows players to aim down iron sights and zooms modes with a significant degree of greater precision. The elongation does, in fact improve performance in zoomed combat, but not at the expense of hand comfort. The lengthening of the stick size can be felt, but the controller will still sit comfortably for the player. Definitely worth considering if you favour sniper rifles and long ranged assault weapons in your FPS gaming. 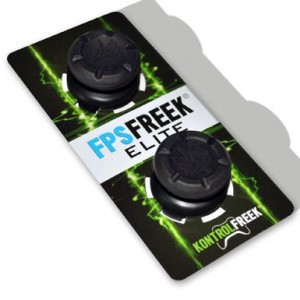 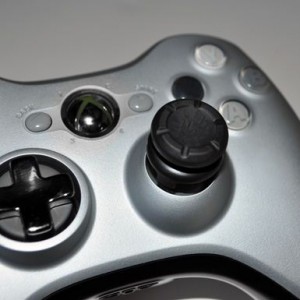 Adapted for use with popular shooters like the upcoming Modern Warfare 3, the ELITE boasts probably the best all around gameplay enhancement. Rather than favouring a particular style of gameplay, the ELITE reflects a ‘Jack-of-all-trades’ mentality that many gamers like to favour in FPS gaming, particularly online. Aesthetically inscribed with a Delta Force insignia, this particular accessory aims to improve the control of combat at any range. Like the SNIPR, it features an elongated stick with a centralised dip to comfortably sit the thumbs. However, the grip feels much different to the SNIPR and precision feels capable outside of iron sights and zoom modes. Movement feels more fluid, and it feels as though the player can better pace the speed of their character’s movement. The gamer feels more in control as a result. And did I mention the ELITE’s design is damn cool to look at? 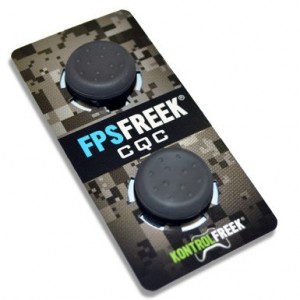 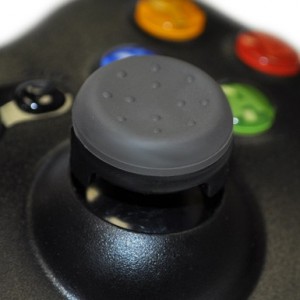 Standing for Close-Quarters-Combat, the CQC is the final piece of Kontrol Freek’s Perfect Arsenal. As a gamer who likes the “up-close-and-personal” touch in FPS gaming, I have to say that personally, this thumbstick add-on is my favourite out of the three. Unlike the other two models, the CQC does not elongate the controller as much, as an up-front shotgun and SMG wielding gamer tends to prefer raw firepower over precision. The design of the accessory is a simple one, where the control stick features a multitude of small micro bumps. While the bumps enhance grip, it also provides a physical feedback feeling to the thumbs when pressed down. While this might sound like an obvious element, it actually enhances the enjoyment one gets from utilising a press-stick melee attack, as players are able to experience a degree of feedback from the control stick when pressed down. As the human finger is a highly receptive part of our body, this feedback feels satisfying, and augments the player mentality to utilise ammo-saving melee attacks where possible. Movement precision is also augmented, similar to that of the ELITE but more so due to the lower stick height. The CQC comes recommended as a first for people new to buying controller accessories.

To check out KontrolFreek’s catalogue of controller accessories click HERE.