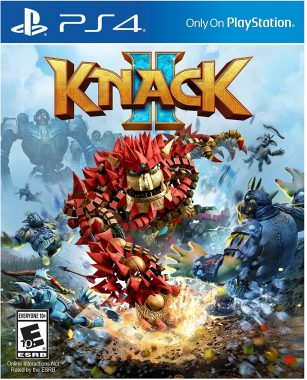 Knack was one of those titles that kind of introduced a lot of people to the Playstation 4. Sadly, the exclusive fell flat with audiences, and this little hero met the bargain bin in record time. Much like many other Sony branded properties, a second chance has come for the little hero that could – and Knack is back in Knack 2. Featuring a new co-op mode and a few new gameplay elements, can Knack make up for a bad first impression? Let’s find out. 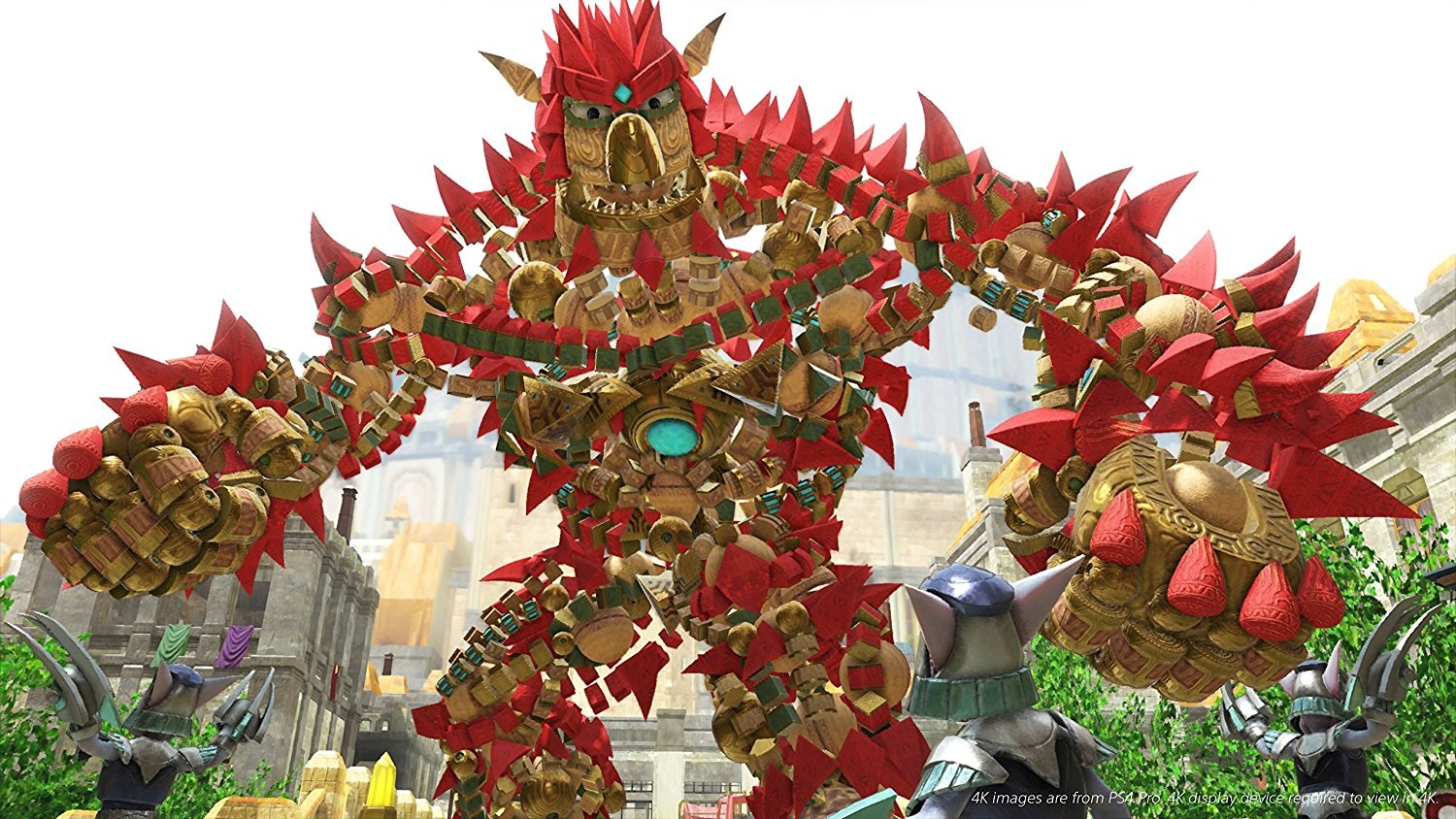 The story for Knack 2 is absolutely terrible. I really hate when games like this overdo the whole “breaking the forth wall” or incorporate too much modern pop-culture, but Knack 2 is in dire need of something as the story is boring and flat. Knack has to fight robots and goblins. That is the general story. The script is a bunch of Pixar rip-off characters following behind knack and stating “get him Knack” and “you’re going down” constantly. The progression is tedious, the story is long and uninteresting, and Knack is not likable. Sure, I am sure one or two might enjoy this plot, but why would even a child play Knack 2 when they can get more of a fun and interesting atmosphere out of just about any other themed title on the console? There is just no personality and sadly, the script takes no risk to even make itself overly cheesy to sell a line or cause a chuckle, leaving one very stagnant adventure ahead for those who choose to go in.

The gameplay has improved in some ways for Knack 2 compared to its processor. A platformer at heart, Knack has the player traverse linear stages, where he must time jumps and smash foes in order to go forward. The environment is built for Knack, and it does show as I never once had an issue going into small spaces or hopping up to the next stage as the design is competent and sound. It actually is satisfying to switch between Knack’s big form (which gets larger as you collect hundreds of totems) and the little Knack, and the utilization of the two forms by some of the more fast-paced stages in the game make platforming feel like the true highlight of the experience. 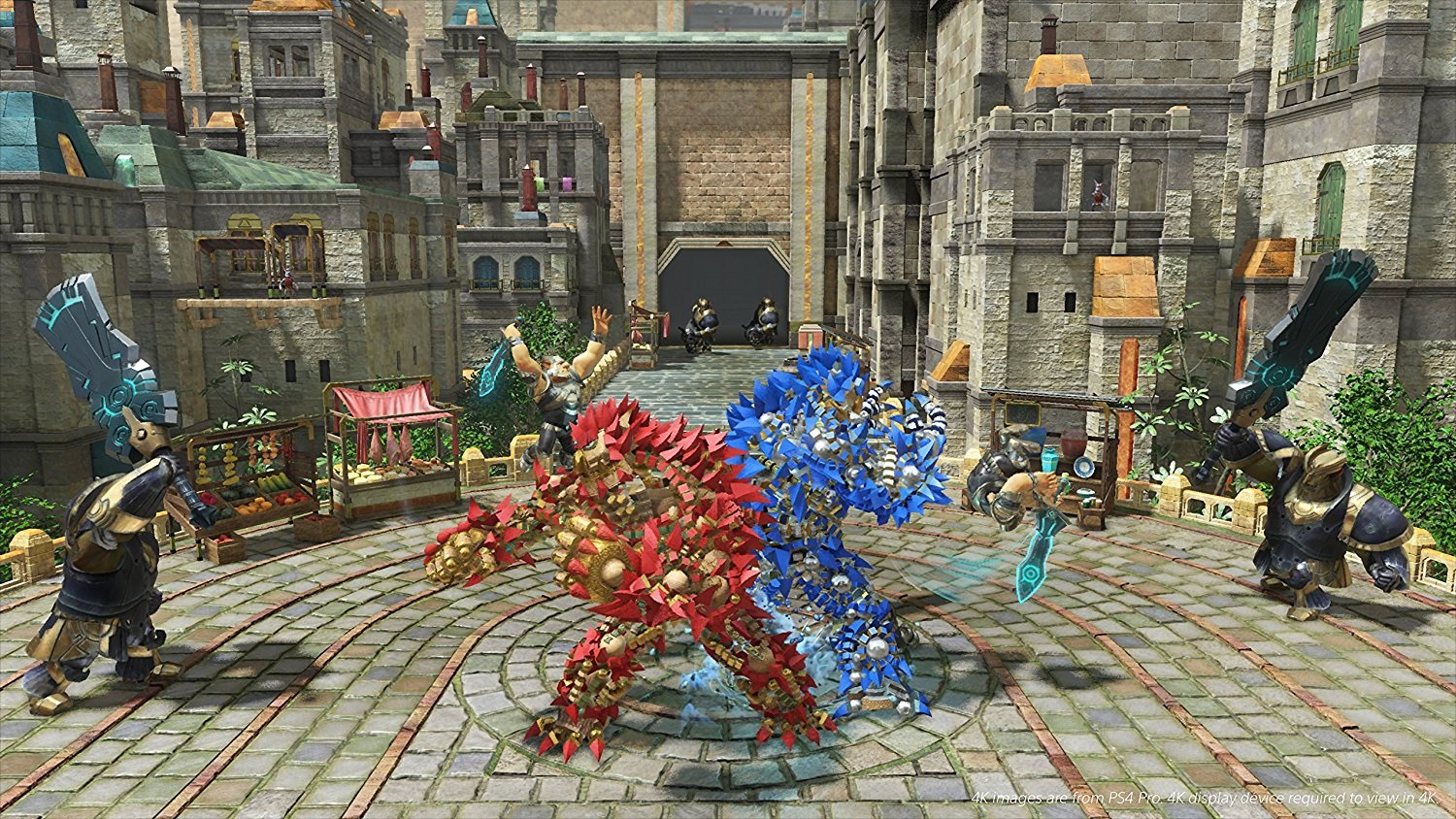 Combat is also decent, but a bit overly simple. Punch, kick, smash, and generic attacks can be leveled up and improved with a skill tree, but none feel all too necessary due to the game’s simplistic AI. Most enemies are rather basic, only performing one or two attacks to start with. Aside from parrying projectiles with a shield, it is rare that the player will have to do anything other than smash a few buttons. Now, some might say that this could be said about a lot of other titles in the genre and to that I say they would be right. However, Knack has so much more potential based on his character alone and the lack of imagination behind a game that should be bleeding with life and personality is damn near impossible to get over. This is also the sequel, so Knack, why are you so basic still? 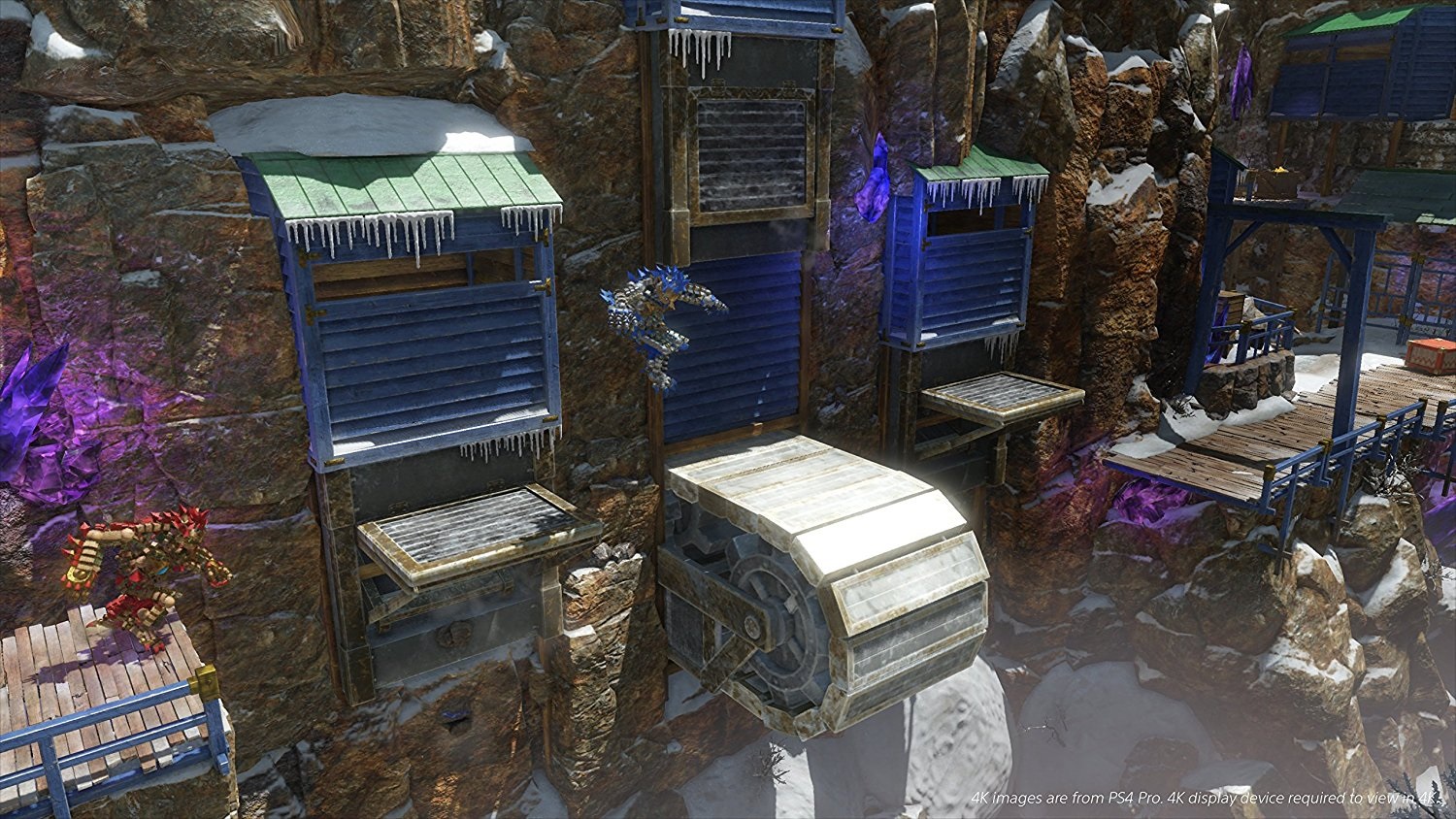 The puzzles offer a bit more thought, switching up the standard jump and smash fare for a bit of brainwork, where Knack may be required to pull platforms to switches or play with timed doors in order to move on. I will say this was another great part of the game, as it seems the developers definitely knew how to build a stage in order to provide a little bit more depth to the locales that still strike me as interesting – despite the lack of background information given for each one you may explore. Co-op adds a bit of flavor as well with a second player able to join in, and it is a welcome addition that is definitely needed on the Playstation 4, so despite being in such a ho-hum game – there will be a lot of families and friends alike that are sure to find this feature to be their tipping point.

Knack definitely takes advantage of the Playstation 4’s visuals and looks outstanding on the pro at 4k. The colors are excellent, the environments are animated and alive. Knack and his dopey humans however are ugly and look like cheap, overly smooth muppets. I hate to sound so bitter about that, but Knack 2 kind of reminds me when my mother bought me those budget Disney rip-offs like “Aladdin” and “Snow White”. Remember those off-putting characters that were hard to get over as you simply expected better? Well that is how I felt the whole time I was looking at the humans in this title, with their inflated heads that did not match their small-legged bodies. 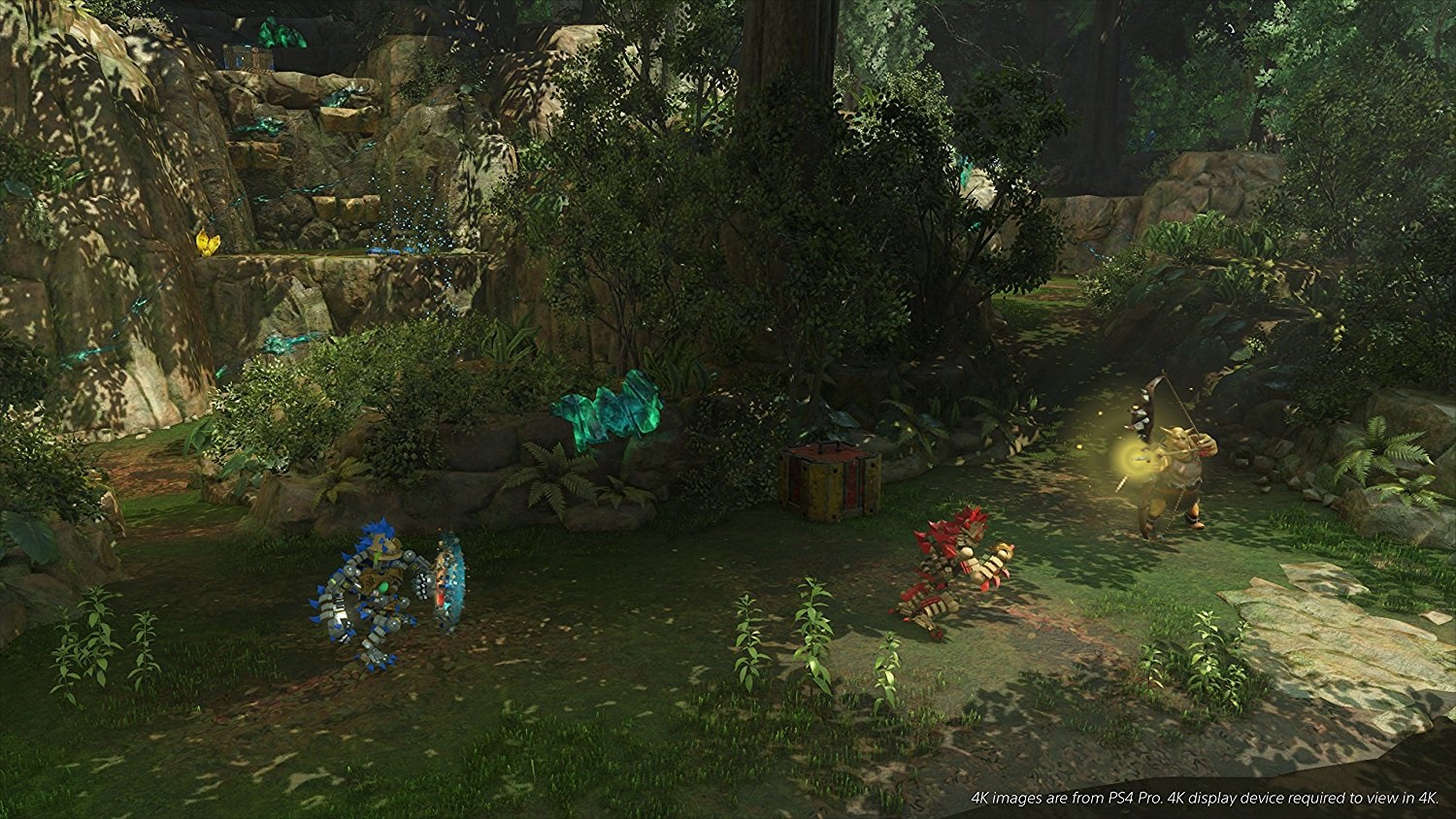 The music in Knack is fine, yet forgettable. The voice acting even is passable in almost every way, but the dialogue just is not interesting enough to actually muster up much of a care to listen to the performances within. Again, it kind of is what it is. Maybe if I simply cared more, I would have spent more time listening in and humming along with the tunes or chuckling at Knack. Not one joke gave a chuckle. Not one moment made me feel emotion. Maybe a third entry will give me reason to go back and try to get some sort of immersion, but after one playthrough, I am quite fulfilled as it is. 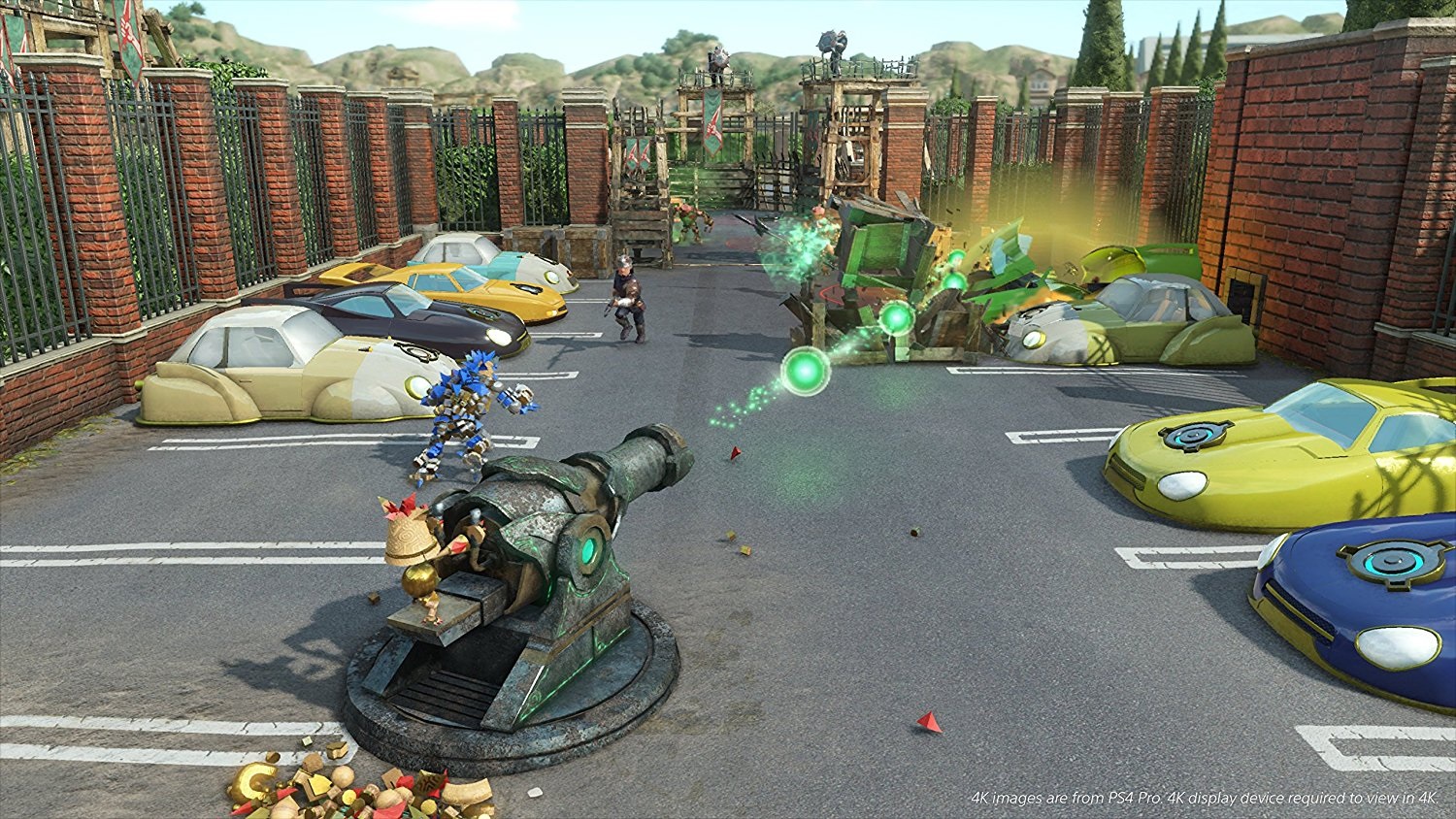 Knack 2 is a sequel to Knack. The story is there, but terribly boring. The visuals are wonderful, but come without substance. The combat and gameplay overall are also improved, but without a hook – meaning they sit on a fishing line submerged in a goldfish bowl, where the player waits and waits for that one big moment, but only feels still nothingness terms of general entertainment. Knack 2’s existence doesn’t make me mad as all games deserve a second chance. It does however serve as a nice talking piece of why you should avoid rebuilding a city when you just had bread crumbs to start with. Third time’s a charm?

Knack returns for a Second Impression
6