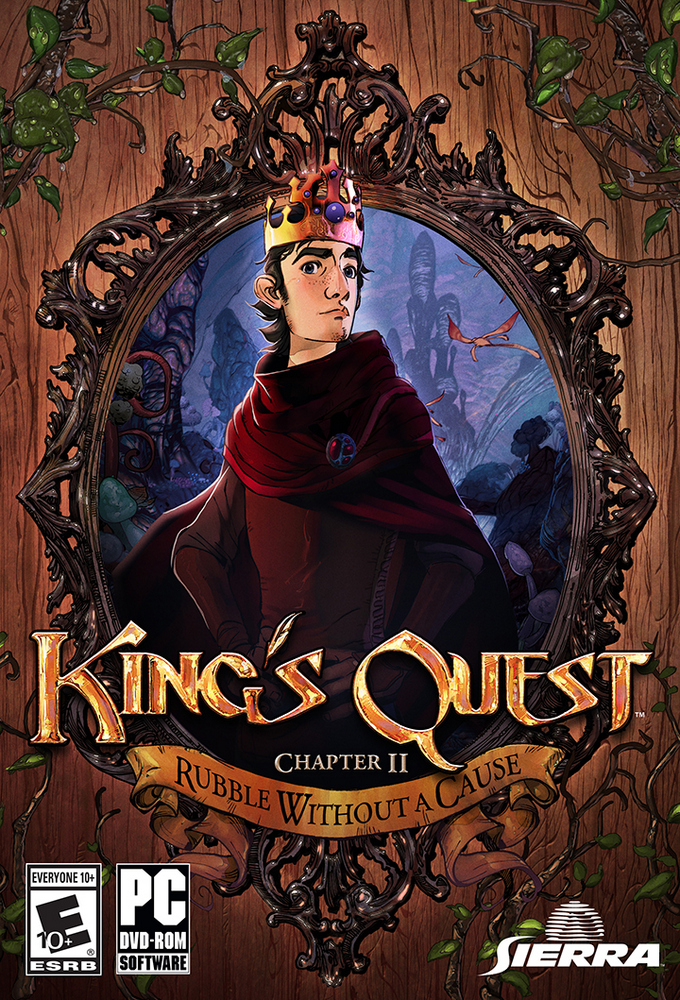 The Odd Gentlemen has taken a rather leisurely pace releasing the second chapter of the King’s Quest reboot. After months of radio silence, the Los Angeles based developers have finally launched “Rubble without a Cause.” The story is set long after the events of chapter one, where Graham must face his first serious test of leadership as the new king of Daventry. 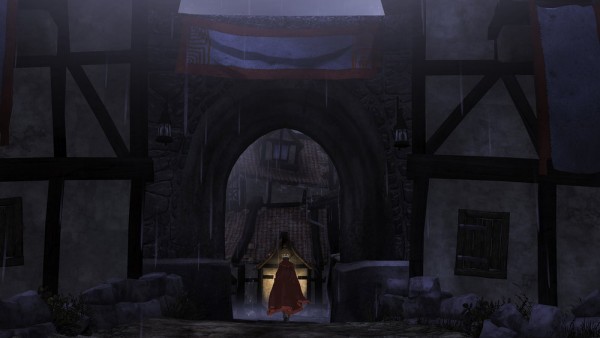 Warning, “A Knight to Remember” and “Rubble without a Cause” spoilers ahead.

Chapter One “A Knight to Remember” ended with the young Graham being accepted as a knight of Daventry and Manny being cast as the series’ antagonist. Chapter two moves forward an unknown period of time in the future. Young Graham is now an experienced adventurer who has been selected by the childless King Edward to be his successor. Graham is clearly uncomfortable with the transition between adventurer to ruler as he is more used actually doing things versus ordering others to handle the affairs of the kingdom. After a particularly overwhelming session of managing the kingdom, Graham leaves to clear his mind, feeling rather hopeless. Graham is kidnapped by the goblins that have been harassing the townsfolk and wakes up to discover that he is not the only victim. The entire population of Daventry has been kidnapped along with him. Still haunted by the death of Achaka, Graham is now faced with making decisions that will change the face of Daventry forever. 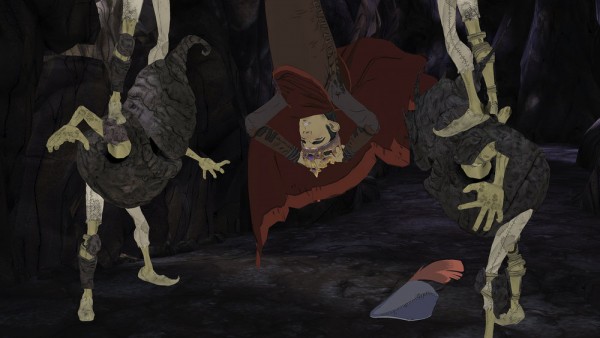 The writing continues to be solid in “Rubble without a Cause.” The script dances gracefully between serious and light hearted moments, a must considering the chapter focuses heavily on themes of death and the consequences of action. Much to my joy, choices have a much greater long-term impact to the story than in the previous chapter.

The cast of characters continues to be strong. The young King Graham is a little less naïve, but his insecurities and lack of experience make him a relatable and loveable character. The citizens of Daventry continue to be as charming as ever and unintelligible goblins serve more as great comedic relief than actual antagonists. Manny’s role as the game’s overall antagonist is rather small in this chapter, with everything being dumped on the player at the very end of the chapter. Young Gwendolyn is as charming as ever. I really enjoy watching her grow as a person based on her grandfather’s story. On the other hand, her cousin Gart is such an annoying teenager that he makes Gwendolyn all the more loveable. 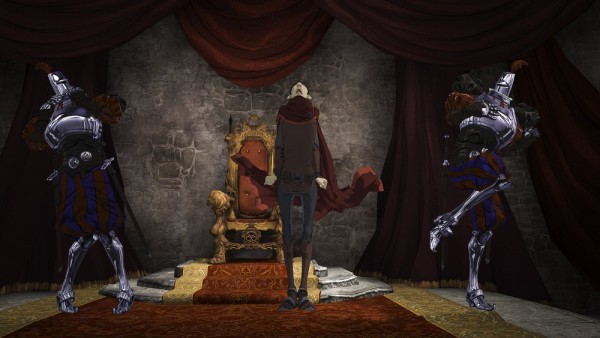 I really like how “Rubble without a Cause” pays tribute to classic fairy tales. Based on the goblin’s obsessions with the stories, scenes from famous tales are played out by the goblins in funny and creative ways. The Odd Gentlemen even manages to execute their homage in a way that ties into the main story, instead of feeling like an afterthought.

King’s Quest “Rubble without a Cause” has not changed much in terms of gameplay. The same simple control scheme returns, though there is still no mouse only mode. “Rubble without a Cause” is technically more linear compared to “A Knight to Remember.” All of the kidnapped NPCs in Daventry have health bars that slowly tick down with each coming day. While there is a huge variety of possibilities in the order of completing tasks, a good chunk of them are trimmed out if players attempt to save all of the townsfolk. 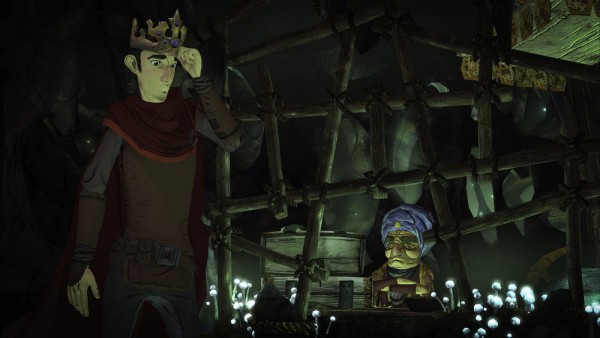 The puzzles are pretty disappointing in “Rubble without a Cause.” Most are the standard fetch this item so you can fulfill this NPC’s request type puzzles. There are only a small handful of really creative brain teasers, which makes the chapter feel more like a generic adventure game.

King’s Quest “Rubble without a Cause” is still a gorgeous game. The storybook-like art style hasn’t worn out its welcome. Graham’s cape has improved since “A Knight to Remember” as I couldn’t catch any instances of clipping. The colour scheme is more muted in this chapter, which pairs well with the slightly darker themes. The world feels a little more repetitive in “Rubble without a Cause” as the entire chapter is set in the same cave. Players will double back to old areas a lot, as certain zones are visited over and over again as Graham gains enough strength to open previously locked doors. 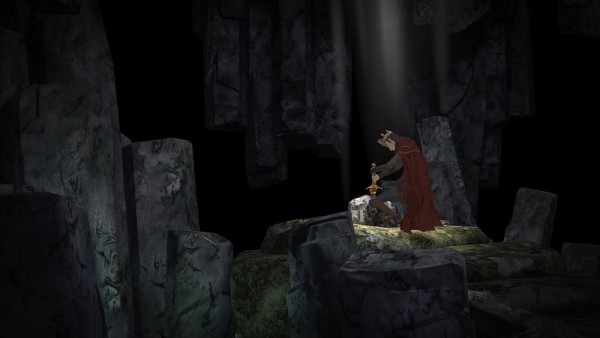 The audio in King’s Quest “Rubble without a Cause” maintains the status quo set by the first chapter. The sound effects and music continue to be solid. The star studded cast of voice actors make their return in the second chapter and nail their lines perfectly. The goblins may not have received any actual speaking lines, but their unintelligible Peanuts-esque noises still deliver enough emotions to be understandable.

“Rubble without a Cause” is a bit of a step back after an incredibly strong start. I appreciate the more important long term choices players have to make in the second chapter. The chapter maintains a high level of polish and an interesting story, but it is the linear nature of the game and the uninspired puzzles are a bit of a drag on an otherwise solid game.