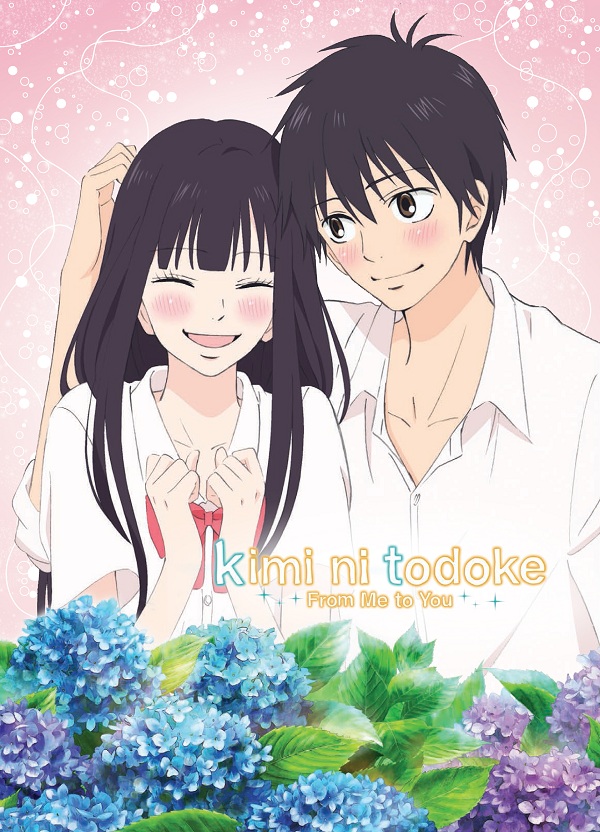 Overview:
There are many different anime genres which pander to the male demographic or take romance and create generic situations which have been repeated ad nauseam. However, amongst these generic series there will occasionally shine a jewel of a series which will offer a more realistic take on romance with likable characters.

One such jewel is the kimi ni todoke -From Me to You- series which has now seen its third volume released in North America courtesy of NIS America. Those curious about Volume 1’s and Volume 2’s reviews can find them here and here. With this third and, at least so far, final anime release for kimi ni todoke -From Me to You- are viewers finally going to be rewarded for their devotion?

Story:
High school life can be tough for anyone, especially a girl who just so happens to look like a movie character known for scaring people to death. The poor girl with this unfortunate appearance happens to be the heroine of our little love story, Sawako Kuronuma. Unfortunately for her she looks remarkably similar to “Sadako” from the popular horror film “The Ring.” Because of her appearance she has had trouble making friends as everyone is always too afraid to go near her and all too willing to spread terrible rumors about her. 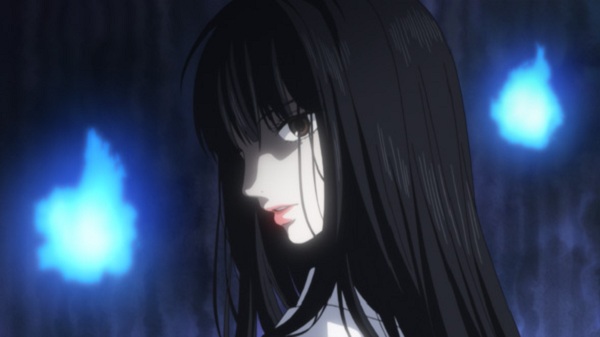 Her life changed however when she met a boy named Shota Kazehaya who began treating her like a normal person and started to help her come out of her shell. Over the course of the first two volumes of kimi ni todoke viewers watched these two overcome many hurdles together such as Sawako’s lack of social skills, terrible rumors spread by love rivals and more. However throughout these obstacles Sawako changed from a girl incapable of speaking to anyone in class to one who has two close friends and can open up and speak with others.

Unfortunately for Kazehaya and Sawako, kimi ni todoke -From Me to You- Volume 3 introduces a new, albeit generic, obstacle for them to overcome. At the start of their sophomore year Sawako finds herself pleasantly surprised to be in the same class as her two friends Ayane and Chizuru and her potential love interest Kazehaya. However with the start of a new year comes new students as well and one of these new classmates happens to be a man named Kento Miura who takes interest in Sawako, creating a major division between these two who are on the threshold of admitting their love for one another. 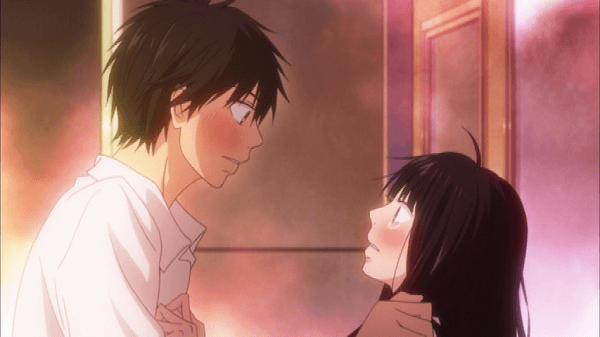 With the inclusion of Kento we see the beginning of a slightly unique love triangle. I see unique because although Kento actually appears to start developing interest in Sawako the other two in the triangle spend nearly their entire time caught up in misunderstandings and their own self-doubts to say anything to one another. Similar to past seasons, Sawako is still unable to overcome her various insecurities and belief she is a bother to Kazehaya while Kazehaya struggles to voice his own feelings. Over the course of the twelve episodes (and one prequel episode covering events from Volume 1 & 2) viewers will follow Kazehaya and Sawako as attempt to reach one another and overcome this final obstacle in their path.

kimi ni todoke -From Me to You- Volume 3 does continue the slow pace of the previous volumes and after watching these two go through as many obstacles as they already have and come so close to communicating their feelings with one another, this slow pace can truly feel like a drag at times. Now while the series does a great job focusing on the insecurities that teenagers feel, especially when it comes to love, there are also many frustrated moments where things could easily have been solved if either party involved was better at communicating with one another.

Visuals:
It is worth noting that unlike Volume 1 and Volume 2 of kimi ni todoke -From Me to You- which were part of the same season in Japan, the third volume of the series actually was created a year later in 2011. Thankfully it seems that this time away from the series hasn’t caused Production I.G.’s animation quality to drop in the slightest. In fact volume 3 seems to contain more scenes featuring highly impressive artwork than past volumes. 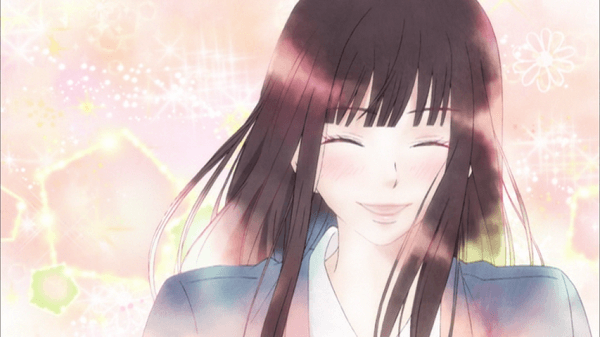 Volume 3 also sees the use of the same soft color palette with pastel like colorations which is what fans of the series have grown used to. Ironically while volume 3 does contain plenty of moments of high level artwork, there has also been an increase in chibi-style animation as well, where characters are drawn in simpler or exaggerated forms due to an awkward or comedic situation. These chibi moments are usually quite enjoyable however and usually help make an event funnier than if the characters were drawn seriously.

Audio:
Anyone who has picked up an NIS America anime release before will not be surprised to hear that Volume 3 of kimi ni todoke -From Me to You- contains only the original Japanese voice track with no English dub. This is ultimately fine however as Sawako’s voice actress continues to impress in volume 3 with her soft but expressive voice and the rest of the Japanese cast has reprised their roles and performed their characters well.

Extras:
kimi ni todoke -From Me to You- Volume 3’s initial release comes with the same type of premium edition that NIS America been known for delivering. The release comes with two slimpak DVD cases containing both the DVD and Blu-ray discs and these slimpak cases come inside of an oversized slip-cover case made out of chipboard. On the front side of the case we are treated to a smiling and blushing Sawako and Kazehaya while the backside features most the main cast striking poses. 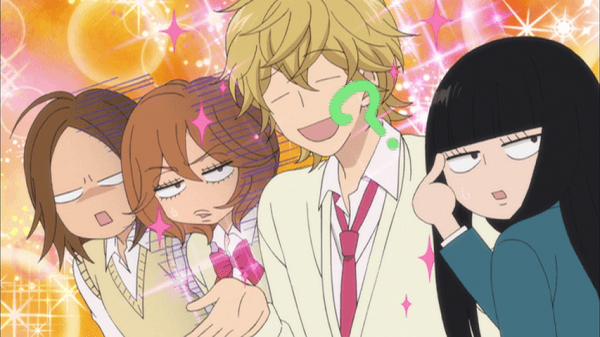 Included with this premium edition is a hardcover art book which continues the trend from past kimi ni todoke volumes with its name. Past art books were titled “My Memories” then “Our Memories” and now that viewers will see Sawako finally grow into as an individual with friends and a relationship this art book is simply titled “Their Memories.”  Now the art books contents feature a number of scenery collections (artwork of backgrounds) while the rest of the book is stylized like a scrapbook featuring various quotes and screenshots from each episode. While it is a bit disappointing that there are no final words from the cast nor any additional information about the show itself or those behind the scenes, the art book’s style fits perfectly with the series and matches what one would expect from Sawako’s own scrapbook. 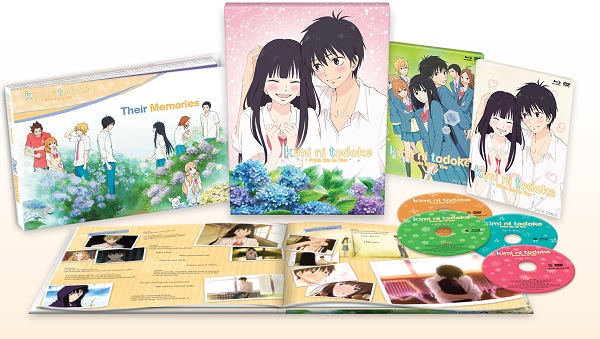 It is worth noting that there are also a few on disk extras as well, with a clean opening and ending as well as trailers for past and upcoming NIS America releases. Besides those standard bonuses there are also two short skits in the Mini Todo Theater. These shorts are basically variations of popular fairytail stories with the cast of kimi ni todoke.

Overall:
All in all, kimi ni todoke -From Me to You- Volume 3 delivers the slow paced love story we’ve grown to appreciate from the series, although one that has now been populated with a few cliché moments and way too many misunderstandings and instances of miscommunication.  Viewers may find themselves growing frustrated at parts but will be eager to see Sawako and Kazehaya finally reach their happy ending.