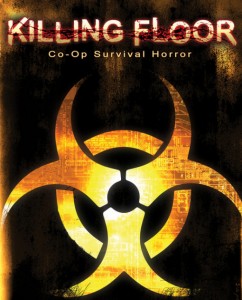 I am sure if most of you reading this have played any of the Call of Duty zombie mini-games or left for dead 1 & 2, you should feel familiar with this title as Killing Floor on the surface appears to be a cross between these two series’ zombie multiplayer modes. Killing Floor was originally a mod for Unreal Tournament 2004 before any of these games were released though later became a full game. How does the final release stand up to those other titles in this day and age? Here is my review for the Killing Floor.

Story
Killing Floor doesn’t feature much of a story, the back story is rather generic, failed military experiments go wrong and now zombies roam the streets and you and your time simply have too kill every zombie in an area of England. Not a great story but other then the loading screens you don’t see it because this game doesn’t have a story mode and is just about killing zombies. 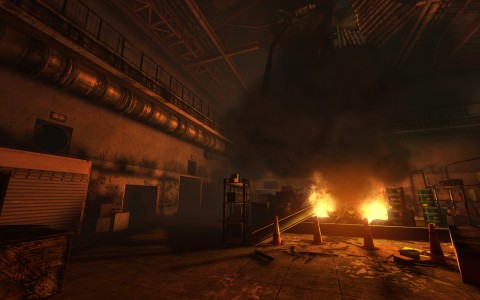 There is one game mode in the Killing Floor. Each match you or your team select your perk and get ready to start fighting. The combat is separated by waves that grow increasingly difficult until the final wave, where you fight one zombie who is a challenge by himself because he has the abilities of almost every other zombie and often calls in more zombies, between waves you will have too go to one of the trader points and spend the money earned by shooting and killing zombies on weapons, ammo and armor which are a necessity for your survival in the later rounds. The game continues till all players die in one round or the final round is completed.

The combat itself is very addictive. You don’t get a cross-hair (like most games of today in the genre) and instead have to look down the barrel of your gun to line up a shot. If you shoot of the head of a zombie they can no longer use their special ability (all zombie types have different abilities) which makes things much easier as the zombie will grow much weaker and slowly die. The zombies come in all different types and most are slower than you but will come from all directions so you must constantly keep an eye on the horde at all times so paying attention to your surroundings at all times is very important. The most dangerous ability goes to the clot. This zombie makes up the majority of the horde and has it’s name because if it attacks you then you are rendered immobile so long as it has its head and the rest of its body. This is a core danger because the sheer abundance of these enemies means you will often have to kill several of these things before you can escape. 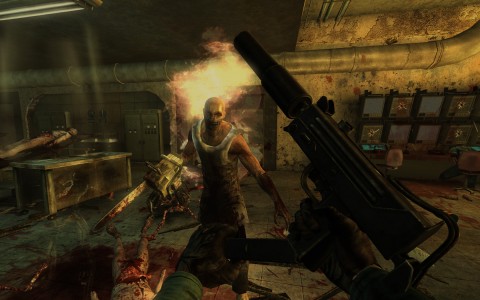 The soldiers are all equipped with one weak handgun, a weld to hold doors shut, a very weak knife, some grenades, and a high tech reusable syringe that allows you to heal you and your team mates with whatever dangerous situation that may apply. The weapons all look, feel and sound unique and many feature an alternative ability such as a torch or switching from semi automatic to fully windows.

There are things make this game standout as oppose to the aforementioned games, those being the cash system and the biggest difference, the perk system. There are seven perks and each player can select one at a time, gaining benefits that range from being able to carry more weight or certain weapons being stronger. There aren’t many ranks for the perks but they require a lot of time and effort to level up. For instance, doors can be welded to 100%. Each percent represents one point, you get the idea. At the highest levels perks can allow players to spawn with extra weapons making for an awesome reward to come off a players hard work. 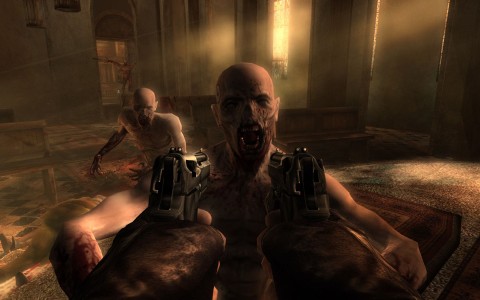 Now I did enjoy this game but it does have a few flaws. One of these flaws is the respawn time. The time spent after dying, waiting to re-spawn can feel like an eternity. Another is the cash system and how it can cripple your enjoyment a bit with having to get all of your weapons again in much later rounds. The only other issue in gameplay was the lack of other modes but I don’t mind it as there are heaps of different maps along with the different strategies different teams use so the true length of enjoyment is really determined by the player who is behind the controls. 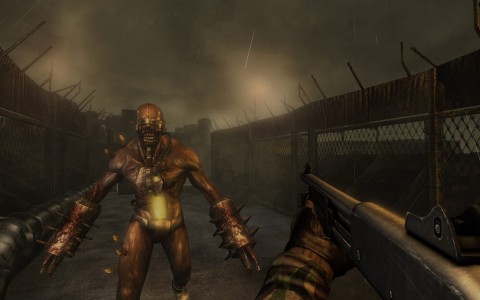 While Killing Floor doesn’t quite fit in with today’s visual standards, I do feel that many of the players who do not quite have a decent video card will not find this a problem as if you can run titles like Unreal Tournament 4, you should be good to go. This also makes for a more retro feel to the game as well as of course more players on board on the servers.

The game’s voice actors are all distinctly British and often the player’s character will have some silly lines that aren’t very humorous and can kill the some of the excitement while players roll their eyes and move on. As I mentioned, the guns and Zombies do sound great with all the appropriate groans and blasts that can easily get you to immerse yourself in Zombie killing mode. 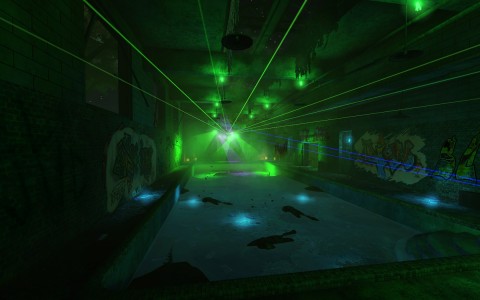 Killing Floor is a great game and provides awesome fun when played with several friends and is the best multiplayer fps zombie mode I have seen to date. While it is just a take on a zombie killing mode, the cooperative multiplayer and huge online population keep Killing Floor updated and interesting the whole way through.

The combination of awesome combat and lots of gore not only matches all the features in some other zombie games but improves on them along with the perk system which adds progression outside of each match along with the ability to run this game on most computers.

Due to it just being spawned off a Zombie killing mode, there isn’t a whole lot of depth.

I give Killing Floor: