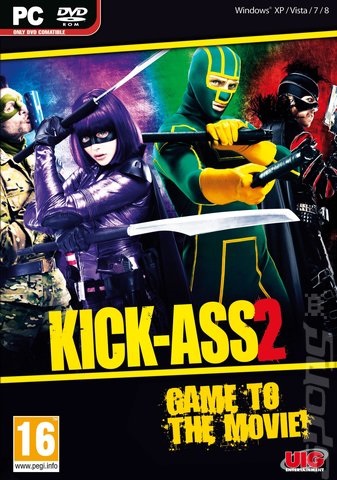 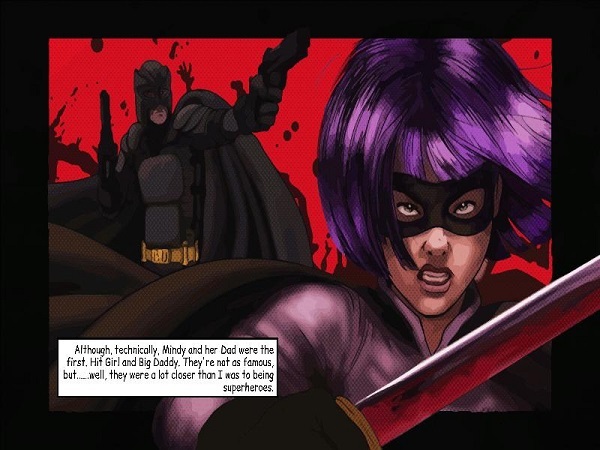 I was looking forward to this title when I checked out the pictures and screenshots that I received. Kick-Ass 2 was developed by Freedom Factory and published by United Independent Entertainment GmbH, the publishers of other titles like Professional Farmer 2014: Platinum Edition. I’m kind of disappointed to say that the title did not live up to my expectation. There were a lot of contributing factors that made it less than stellar, and while some parts of the game were done pretty decently, the overall feel of the game is definitely disappointing. I felt like the movie was pretty good itself, and this is definitely not targeted at the film, but the game itself is not something to be proud of. More often than not, I found myself staring at the screen in disbelief, either cringing at the voice-acting or getting frustrated by the slow combat. I wasn’t happy with the outcome, and here’s why. 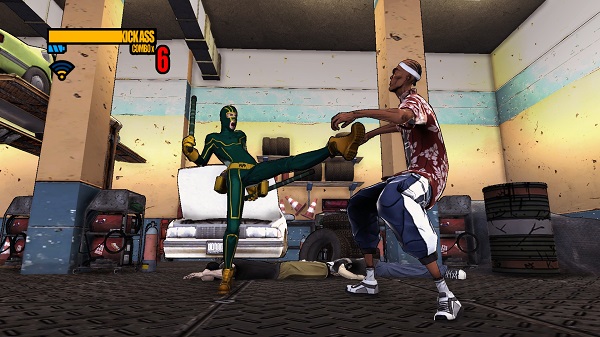 Gameplay is very simple, but not in a good way.You have a variety of “combos” that you can use to defeat your opponents, but after you exhaust your entire arsenal, there isn’t much left to discover. You can’t discover new moves or unlock new weapon animations. Everything is given to you from the very beginning. While it was slightly entertaining in the beginning of the game, I quickly grew bored of the repetitive moves and fight sequences. It seems to be a trend that you encounter a group of 3-5 thugs, and you slowly have to whittle away at the group with your two batons. While the amount of enemies you encounter slowly rises, t     his quickly becomes trivial as you get into a rhythm of beating baddies up from every angle. You also can only play as Kick Ass throughout the game. I would have loved to play as some other characters, such as Hit Girl, but I guess the developers didn’t think that was a worthy look.

The combat in this game is quite straight-forward. You use WASD to run around, and you use your left and right mouse button to attack the thugs. Navigating the camera in Kick-Ass 2 is pretty weird, and it becomes a chore to have to swivel my camera every few seconds to adjust my point of view. You also have to combo your moves to do any consistent damage, otherwise you will only throw out a kick or a swing of the baton every few seconds, making it difficult to get anything done. The combat is really clunky in that sense, and I definitely had to force myself to push through the next few stages. The game doesn’t have a Save function that allows you to save wherever you want. You have to finish a stage for the game to save, which makes it very annoying if you want to continue gameplay, as it makes it necessary for you to completely re-do a stage if you left in the middle of the game. 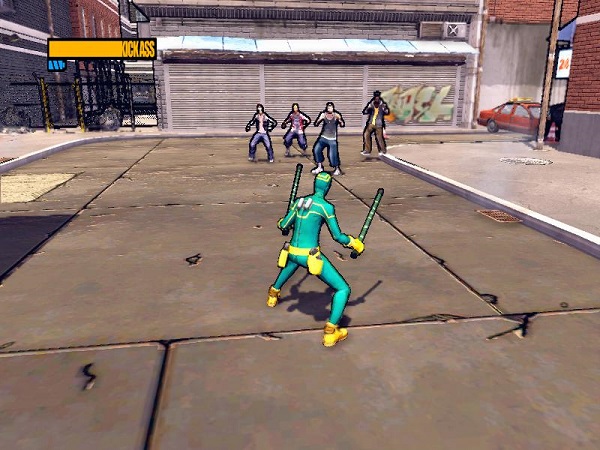 One of the things that I found pretty annoying about Kick-Ass 2 was the finisher design for combat. Every time you smacked an enemy around for a while, an option comes up for you to interact with them, whether it be a right or left click, or the Alt button. Doing this will allow you, Kick-Ass, to execute a finishing move to finish off your opponent. In theory, this sounds awesome, but the finishing moves takes so long to complete that you end up trying to actively avoid using them, as it allows you to finish your objectives quicker. I have no problems with intricate finishing moves, but the time it took to use one and the limited amount of finishers that are provided ends up creating a cheap experience for players. After a while of playing, it was actually more satisfying for me to simply kick a thug in the head to end him, instead of prolonging the fight by knocking him down and slowly teasing him with blows until I break his arm.

Beyond the simplistic controls, players are provided a little boost to use whenever the battery sign below their health is full. By pressing “E”, the default key, Kick Ass uses his tasers on himself to completely block out all pain taken by him. Whenever you get hit, none of your health is reduced, and effectively allows you to tear through your enemies without worrying about getting hit. When you don’t have the benefit of this, using the Space bar will allow you to roll out of harm’s way. The AI in Kick-Ass 2 follows a very straight-forward pattern, attacking when you’re in the middle of attacking another thug. This makes it very easy to predict what’s going to happen, and honestly creates a no-challenge scenario for players. While some people might be more interested in the story than the gameplay, I feel that the gameplay is so clunky that you don’t have time to appreciate the dialogue or storyline, if there was any. 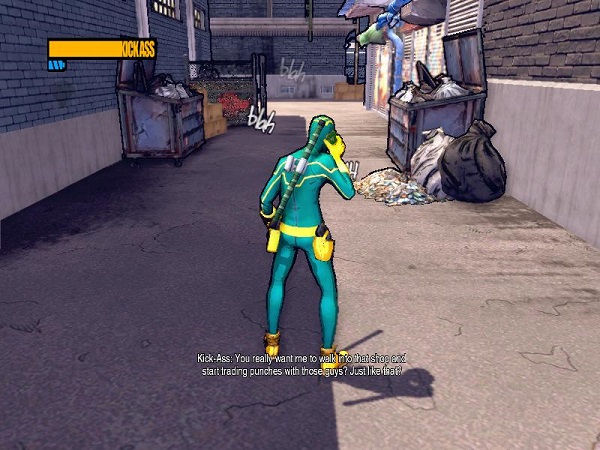 Visually speaking, I actually liked the artwork and graphics used. It felt like a comic book, and I will say that I was captivated by the graphics of the characters and the scenery. It isn’t graphically intensive, but it got the job done and definitely was one of the strong points of this title. The voice-acting, on the other hand, was atrocious. Kick Ass and Hit Girl’s voice actors sounded awkward and weird. It felt like they were trying either too much or too little during their conversations together, and honestly, I cringed a few times as I heard Kick Ass try to muster up a joke during the scenes. The soundtrack is also unappealing and does nothing for the title. 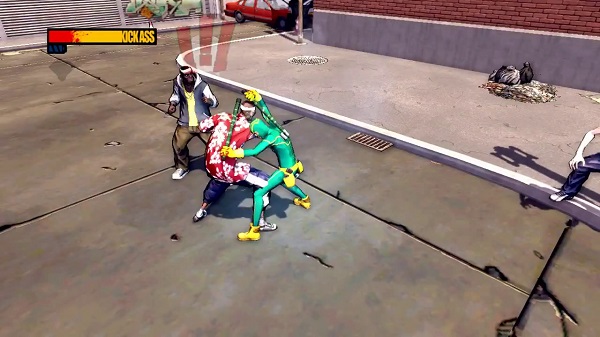 I’m disappointed. I truly am. I enjoy Kick-Ass and think that it’s quite enjoyable as a comic book, but the game turned out terribly. This wouldn’t be the first time a movie-turned-video-game ended in flames, but I was hoping that a bit more effort would be put in to this title. I felt really bad playing Kick-Ass 2, and while I definitely wished I could give this game a higher score, I can’t convince myself that there was a deeper motive to their design. The game was slow, awkward, and made me feel like I was navigating through a first-date gone wrong. It’s a shame. The title could have had a lot of potential if they polished the game a bit more before publishing it.