Khaba at first glance is a small puzzle game, but once you scratch the surface there is a lot more than meets the eye. Anyone who has played the board game Khet (or any of its alternatives) will have Khaba be immediately familiar to you. Much like the board game, you use various items to reflect a beam of light around the puzzle-room to complete your objective. The fully voice acted story and alternate endings really make Khaba shine against other mobile puzzlers.

You play as Michael, an excited and ambitious explorer who has managed to fall into the ancient pyramid of Khaba. As he bends the weak ray of sunlight to help him escape the maze-like tomb, we learn that Michael’s life is somewhat troubled, and you really do begin to feel for him as a character.

While Michael’s story is one thing, we also learn about the Egyptian Pharaoh who imprisoned himself within the magnificent structure. A lof of the back-story is told by the players as the collect the three scarabs located in each level. The storyline told by the Scarabs offers an insight into the game’s world, so there is a real reward for collecting them all. There are also a variety of alternate endings for Michael depending on how well you completed the puzzles, and how many scarabs you collected etc. This incentivises you to go back and play the game all over again. 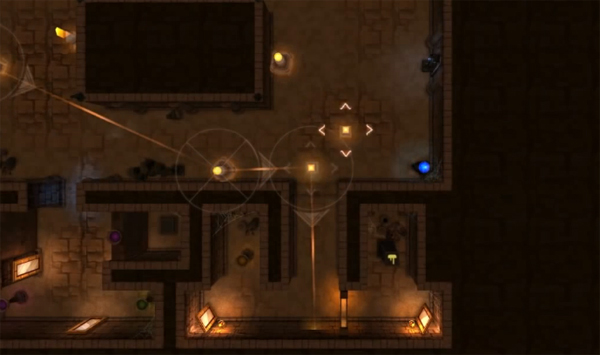 Khaba is a fairly simple puzzle game with a tremendous amount of depth. The aim is to escape the pyramid tomb you are trapped in by guiding beams of light. These beams destroy certain blocks, reflect off pillars and unlock the door at the end of each level. You primarily place and angle the light-reflecting pillars to complete the puzzles.

The difficulty curve in the puzzles can be a little jarring. The first half a dozen or so are fairly simple, and will only take you a few minutes to complete, but the game takes a very sudden shift and the puzzles becomes far more complex. A few levels in, a second type of light, known as Dark-Light is introduced. Dark-Light is cannot pass through normal light (and vice-versa) which really shakes up how you tackle the puzzles. 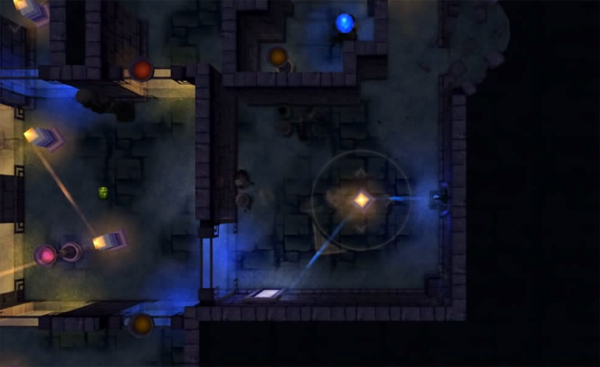 Later levels also add three scarabs per level, and these scarabs tell a small section of the story once you manage to shine a beam of dark-light concurrently through all three. It is not a requirement to collect these, but their telling of the story makes them feel more tangible and worthwhile than typical 3-star objectives in other mobile puzzle games. 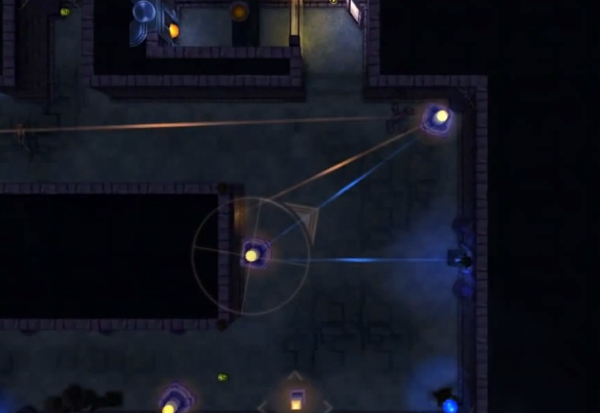 Khaba is a relatively simple-game that offers a top-down view for its puzzles. This offers a gameplay advantage as you can see where the beams of light are directed etc, but also allows Khaba to maintain a high level of graphical fidelity. The backgrounds and objects all stand out and look like the ancient Egyptian Pyramid that they represent.

One thing to really mention is that Khaba is completely voice-acted. This may seem like a little thing, but it really goes a long way to help immerse yourself in the game. It is especially unusual for this type of puzzle game to be completely voice acted, but the result is well worth it and it is one way that Khaba separates itself from other mobile puzzlers. As I played throught he game, I found myself caring for what happens to Michael, and a lot of that comes down to the fact that I could hear him, hear what was happening and hear how it affected him first-hand. 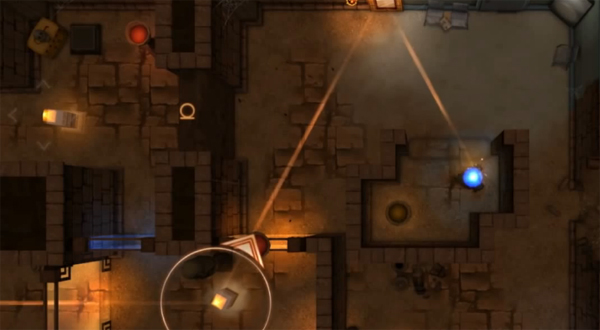 The interesting thing I found that when playing the game was that despite how difficult some puzzles were, It always felt very relaxing. There is never any pressure put on the player to accomplish things in a certain time limit, so there is in turn no stress but make no mistake, Khaba is a puzzle game through and through, and one with quite a harsh difficulty curve. If you don’t like head-scratchers then this one probably isn’t for you, but if you are the type that loves a challenge, and loves to think outside the box, then Khaba is well worth your time.