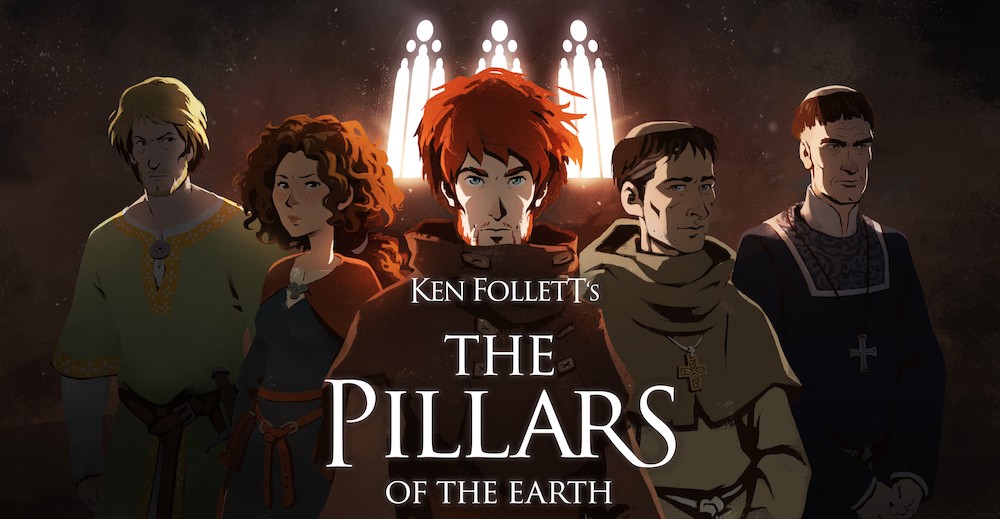 Ken Follett’s The Pillars of the Earth

Daedalic Entertainment gets a lot of respect from me. With their constant stream of quality releases, they managed to get me interested in a genre I never really cared for. After playing through their Deponia series as well as Edna & Harvey: The Breakout and Edna & Harvey: Harvey’s New Eyes games, pretty soon I found them to hold a seal of quality when it comes to point-n-click games. Despite that, I was a bit cautious when I heard that they chose The Pillars of the Earth novel as their next game release. I never read the novel and skimming through the wiki the story didn’t seem like my cup of tea. A couple of hours into the game later, I’m contemplating if should I get some sleep at 4 AM or perhaps I can find time to somehow finish the next chapter.

The opening scene and the first time you take control of your character(s) is far from your average cheerful point-n-click game. We find ourselves in the woods, in the middle of the winter, with Tom Builder and his family (wife Agnes, son Alfred and daughter Matha) on their way to Shiring. Tom dreams of working as a builder on a cathedral but soon he is brought back to reality by his wife going into labor. Yes, in the middle of the woods and in the middle of nowhere. And if that didn’t seem grim enough, things only go from bad to worse from there. Agnes dies during childbirth and Tom does what every responsible father would at that point. Having no way to feed him, he abandons and leaves the newborn next to his wife’s grave. Well ok, maybe not what every responsible or sane father would do. Shortly after he gets a change of heart and comes back for the baby only to find the newborn missing. Unbeknownst to him, the baby was found by a monk from Kingsbridge Priory. The person who ends up raising the baby is our second protagonist of the story, Philip. The leader of a cell church in Kingsbridge Priory who gets unwillingly pulled into the world of political intrigues, conspiracies and backstabbing monks. Later down the road, we are also introduced to Aliena, a disgraced noblewoman and daughter of Earl of Shiring.  The lives and destinies of those three will intertwine, slowly unraveling the story that will change the lives of everyone involved, for better or worse. Considering how things were going in Book 1 so far – most likely for the worse. 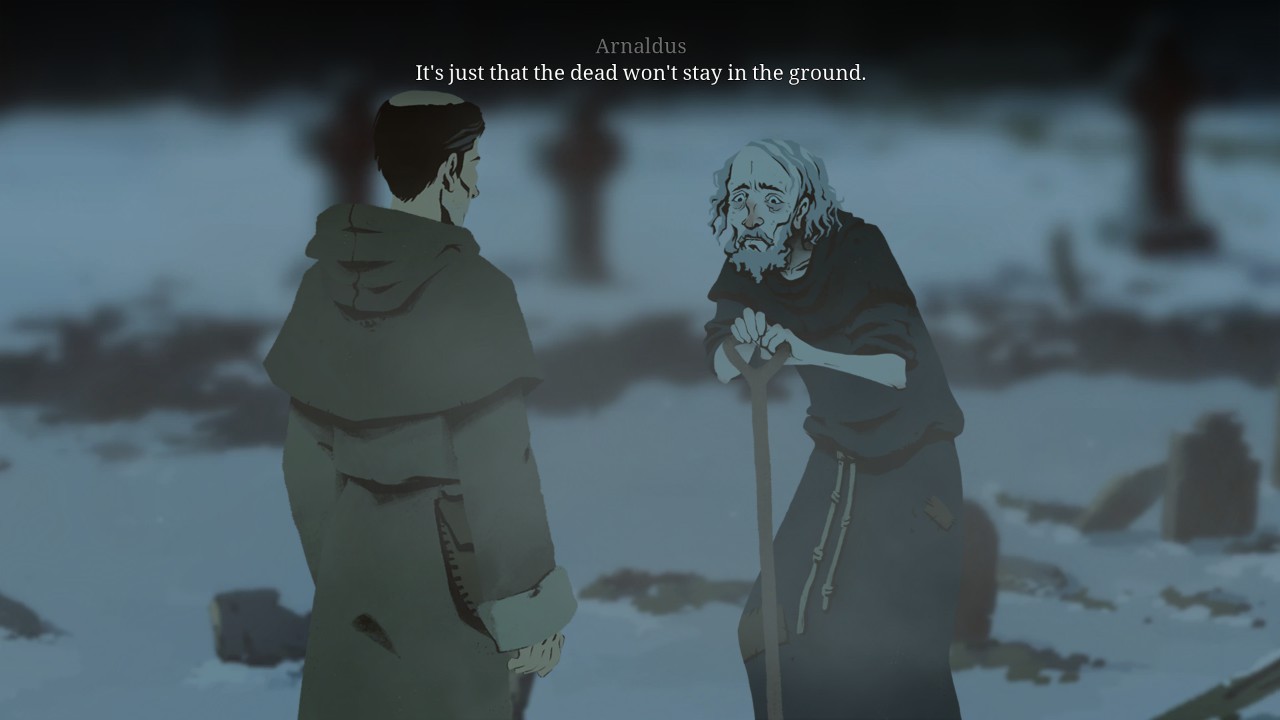 Seeing how this is a point-n-click game, much of the gameplay mechanics is what you’d come to expect in the usual adventure game. However, there are some fresh additions that make Ken Follett’s The Pillars of the Earth stand out. At any point in the game, you have an interactive icon in the bottom right corner that serves to guide you if you ever get stuck. It provides you with plenty of pointers on where to go and what to do next. But the next thing in the game is what I find far more interesting. In plenty of other games from this genre, things are pretty linear. Go from point A to point B, explore this and that and voila – you’re done with the current chapter/area. Yes, there is also a clear goal of where to go and what to do here but on top of that, you have a bunch of optional things to resolve and discover. For example, the first time you play as Philip you can find some mischievous monks who stole keys from the church. You can later choose to report their crime to the monks and except for granting you a Steam achievement, it doesn’t do much for the main plot. It does something else, however. All these optional tasks enrich the story and make the characters seem more alive. This time, they’re not just some background NPCs waiting to show you the way once you get stuck. It is a clever way to entice the player into exploring more and learn about the other characters in the game. 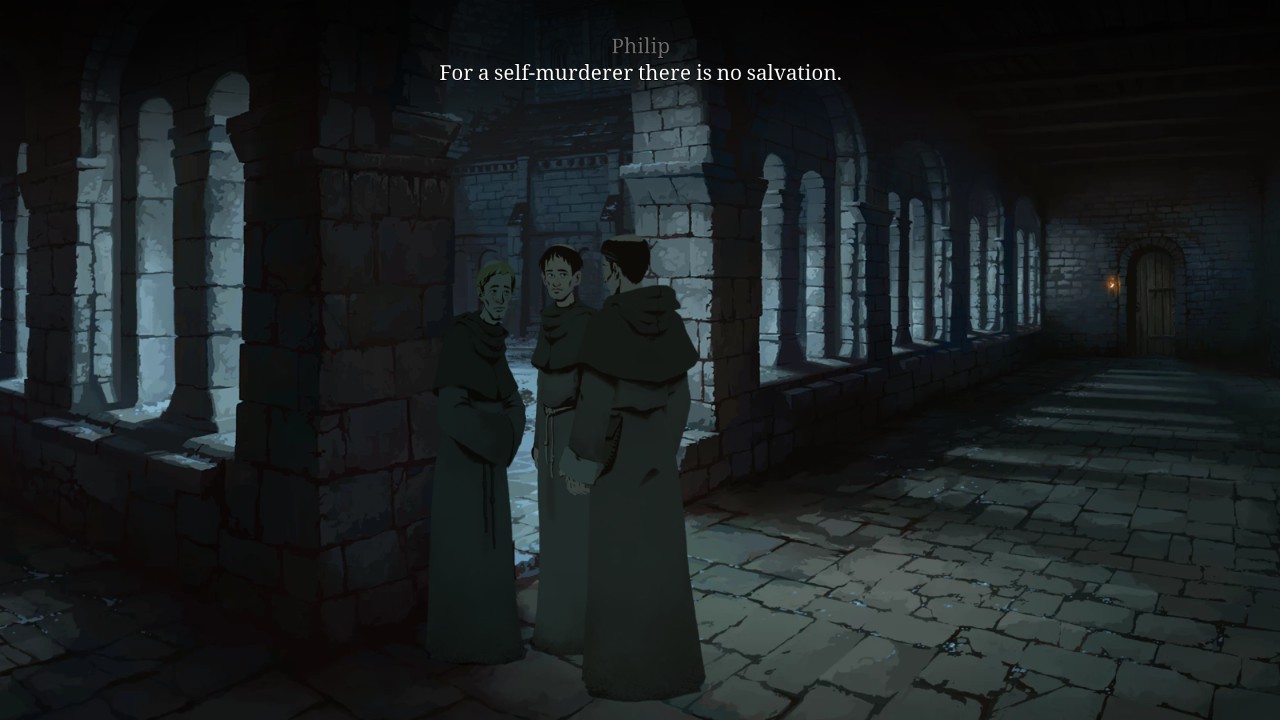 I didn’t play a lot of games that made me frequently stop and appreciate the art but Ken Follett’s The Pillars of the Earth sure is one of them. The main culprit for that would be the incredibly detailed hand-drawn backgrounds. It is also rare to encounter any static background outdoors. In forest areas, you can occasionally witness the snow falling or fog lifting up. Artists working on the game even made sure that some areas like church crypt or a cemetery don’t seem too bland or generic. Either way, you’ll have too many moments spamming that screenshot capture key while you play through Ken Follett’s The Pillars of the Earth. 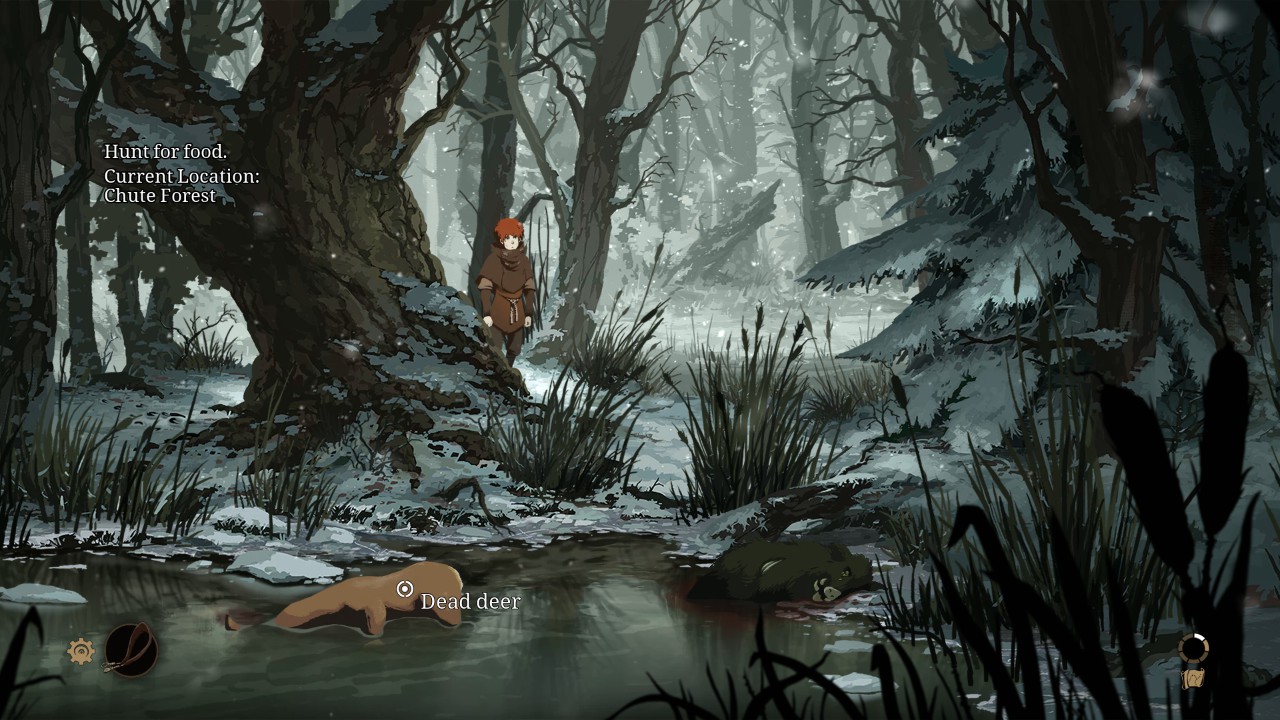 As it turns out, the game soundtrack was composed by FILMharmonic Orchestra from Prague and the rest of the audio background is delightful, to say the least. It also often reflects on the background art in the game. You’ll notice it easily in the ominous notes through the monastery that unexpectedly raises the focus and tempo up once something relevant to the plot starts to unfold. However, if there is one aspect of the game that should be praised, it’s definitely the voice acting. Daedalic made sure to shine there by hiring the established veterans in video game voice acting such as Glen McCready and Alex Jordan. 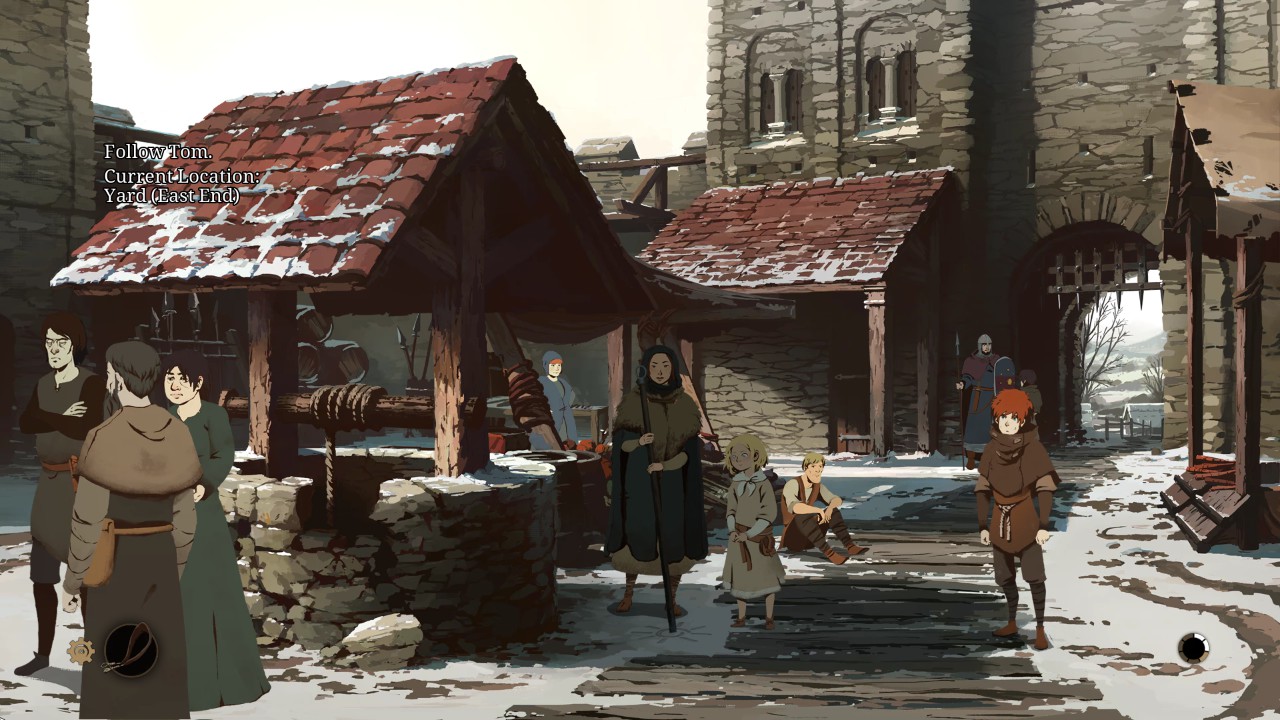 At this point, it’s no surprise that Daedalic Entertainment released another great adventure game. What I find surprising is that they took the setting (and the story) from something seemingly dull at first glance and made it incredibly captivating. It’s all a result of a well-written story, gripping soundtrack and superb voice acting. Oh and did I mention that out of almost 8 hours that took me to complete the 7 chapters of the game, all of that only counts for Book 1? Purchasing the game also gets you the season pass, which grants you the upcoming releases of Book 2 and 3 as well. Now excuse me while I start up the game again and transition from one background to another only to take 100+ new screenshots.

Once again, Daedalic has proved that making games with compelling story and gorgeous art is what they do best.
8.5