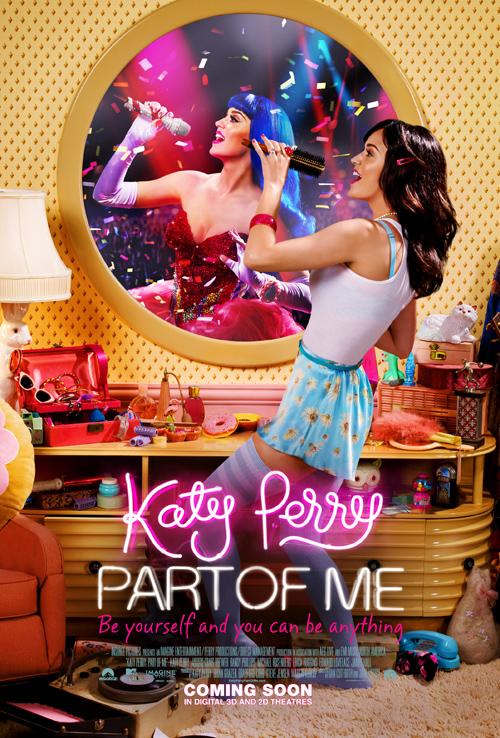 If you answered yes to absolutely all of those questions, then you may very well be Katy Perry, one of the worlds largest and most influential pop idols. Not only is she an amazing singer and an amazing performer, she is also an inspiration to all. How do we know this? Katy’s documentary, Katy Perry Part Of Me, proves this to us by showcasing her triumph from a girl with high ambitions, to a girl achieving those ambitions whilst not sacrificing that which got her there – her friends and fans.

Be sure to read on for our review of what is, I believe, one of the most inspiring and influential films of our generation.

Katy Perry Part Of Me is a documentary that focuses on the life of Katy Perry before and during her tenure as a popular idol. The movie is centered around her world tour which was held in 2011 and highlights the many highs and lows of her tour, love life and career during that period. How well the movie does this is something that I hope to have discussed within this section. 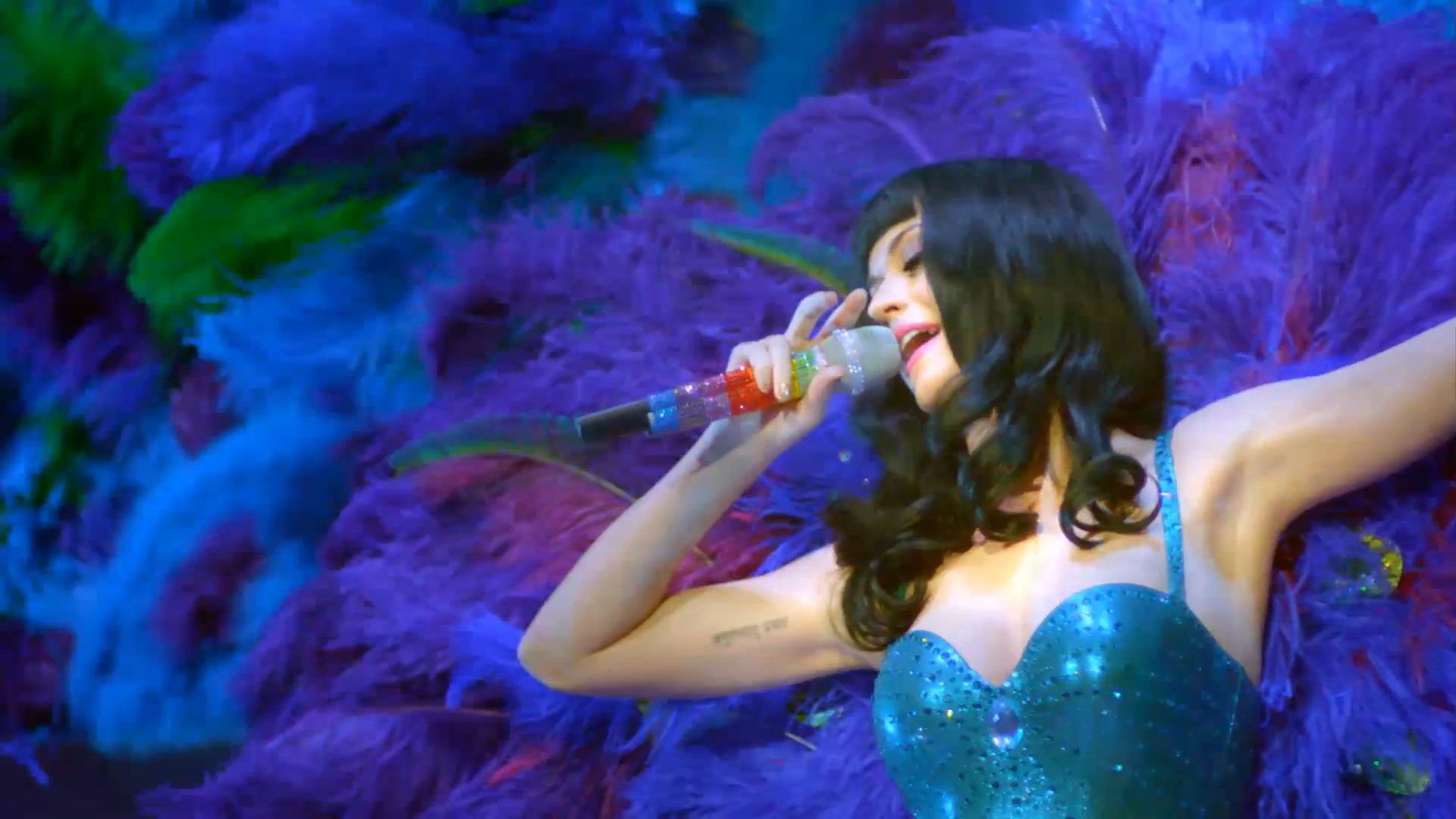 So this movie is, ultimately, a message from Katy to her fans to show them her appreciation for helping her achieve her great success at reaching her dream of performing ‘…in a sparkly dress…’ up on stage in front of the world. What I really thought emphasised this was how much of the films footage was dedicated to fan reactions, Katy’s treatment of her fanbase and more. The fact that so many portions of the film was fan-related was amazing and it really helped to build the connection between herself and those that enjoy her music.

From a story-telling perspective I really enjoyed how the film would showcase a particular live show based around a particular part of the documentary. One scene that really stands out on this is where Katy and Russel Brands separation is emphasised in the film and one of Katy’s slower and more emotive tracks comes into play. It really emphasises what’s happening to her, it’s as though she’s singing to herself about her own problems and it gives the audience a much more raw and emotion-filled experience that really enhances the entire film.

What I absolutely loved about the film though, was that it portrayed the more human side of Katy. I mean, as someone observing her life from the outside, one can easily make large and incorrect assumptions about someone who’s famous. You know things like they’ve lost touch with reality, they’re above everyone else, lost their humanity, etc, etc. However, this film really shows how greatful Katy really is to have finally achieved her dream and how she absolutely loves sharing that dream with all of her friends, family and fans. I think that this is an important aspect to stardom that people don’t really appreciate, the celebrities are still people and they still have these human emotions. 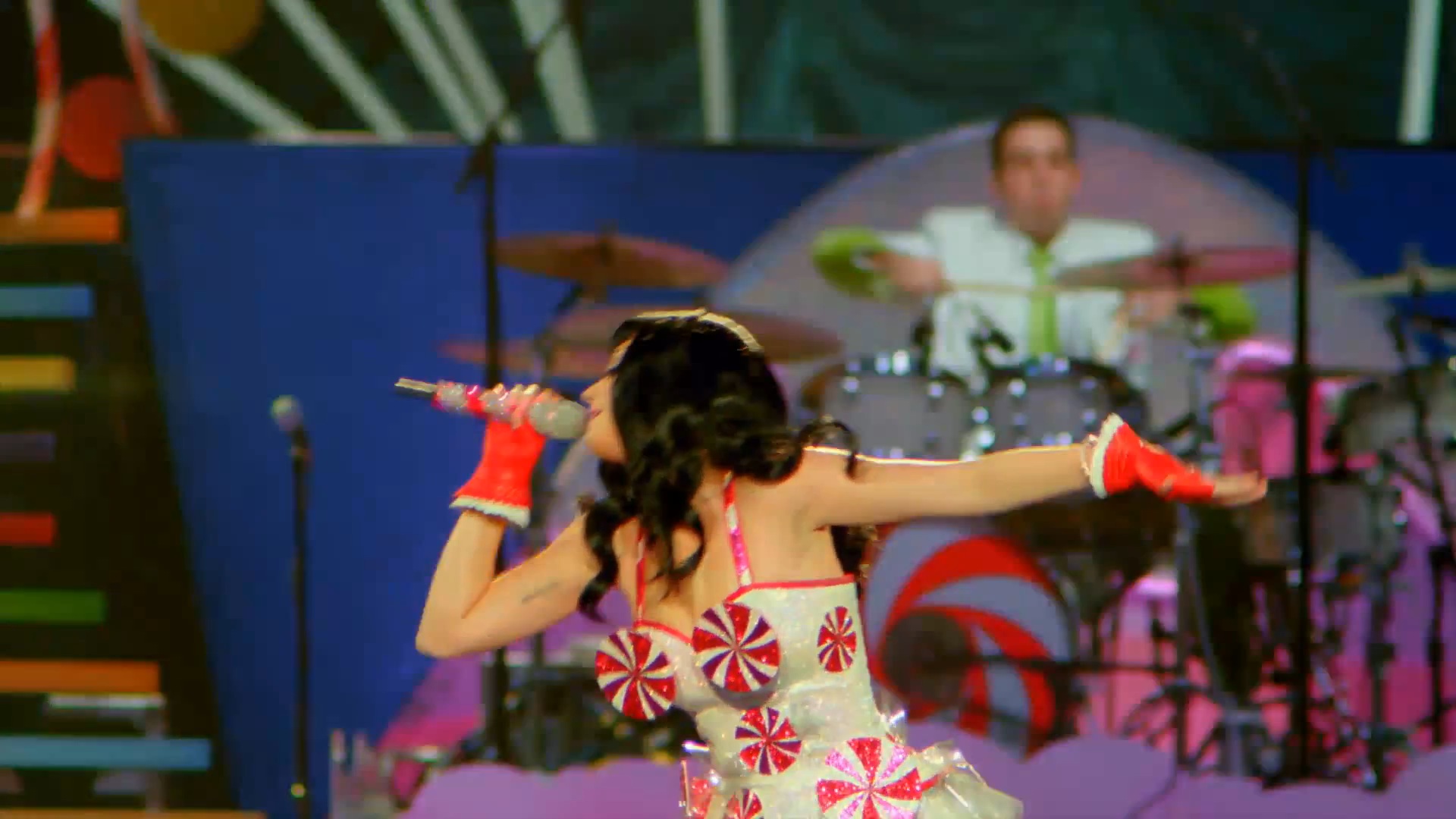 Katy Perry Part Of Me is a tale of conquest over adversity, a tale of love and a story of giving back to those that helped you achieve your dreams. I sincerely hope that people come out of this film feeling inspired to do great things and then go out and do them. If we are to learn anything from this story, it is that you can make it on your own, but it is a lot easier if you make it with friends and you absolutely do not give up on your dreams. Because baby you’re a firework/ c’mon show ’em what you’re worth/ make ’em all go, oh, oh, oh/ as you shoot across the sky.

A lot of 3D movies have this tacked on 3D that really feels out of place with the film. Now Katy Perry Part Of Me is not one of those films. To be honest, I really liked the way the 3D in this film was utilised. For instance, the 3D was mostly used in scenes showcasing either an effect of some kind, or when a stage-show was being shown.

I mean with the on stage stuff, it’s quite amazing having, not only the perspective similar to that of somebody actually there, but also having various lasers and lights seemingly being pointed right at you as though you were actually in the audience. I feel that these kinds of effects are a brilliant use of 3D and in this particular movie, it really enhanced the entire experience. 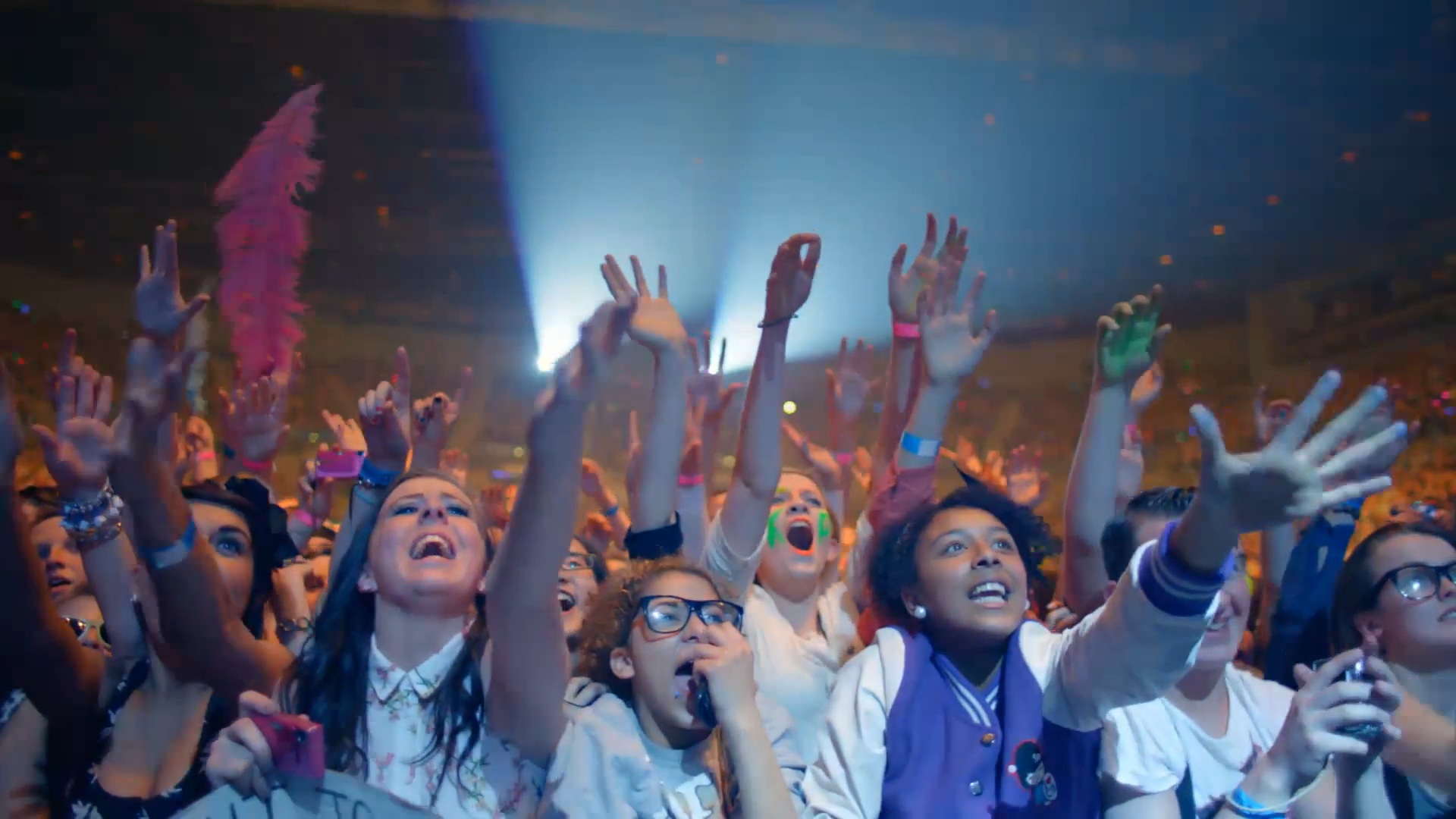 One of the best things about this film visually is the colours utilised throughout it. Katy Perry Part Of Me is one of the most colourful films I’ve seen in a while. This is also really strange considering it is a documentary type of film, rather than a blockbuster film. Regardless, watching this film was a treat visually and I don’t think anyone will suggest that it could do all that much better.

As an aside, I just want to say that seeing Katy as an eighteen year old was something quite strange. Her features weren’t vastly different, but she somehow seems a lot different now to how she did back then. But then again, don’t we all?

There is a reason that Katy Perry is one of my most favourite artists of this generation and that is because she consistently puts out catchy and fun tunes that can be played again and again and still remain fun. Fortunately for all of us fans, Katy Perry Part Of Me consists mostly of Katy Perry’s own tunes, with the exception of the few that were showcased for the purpose of exposition. 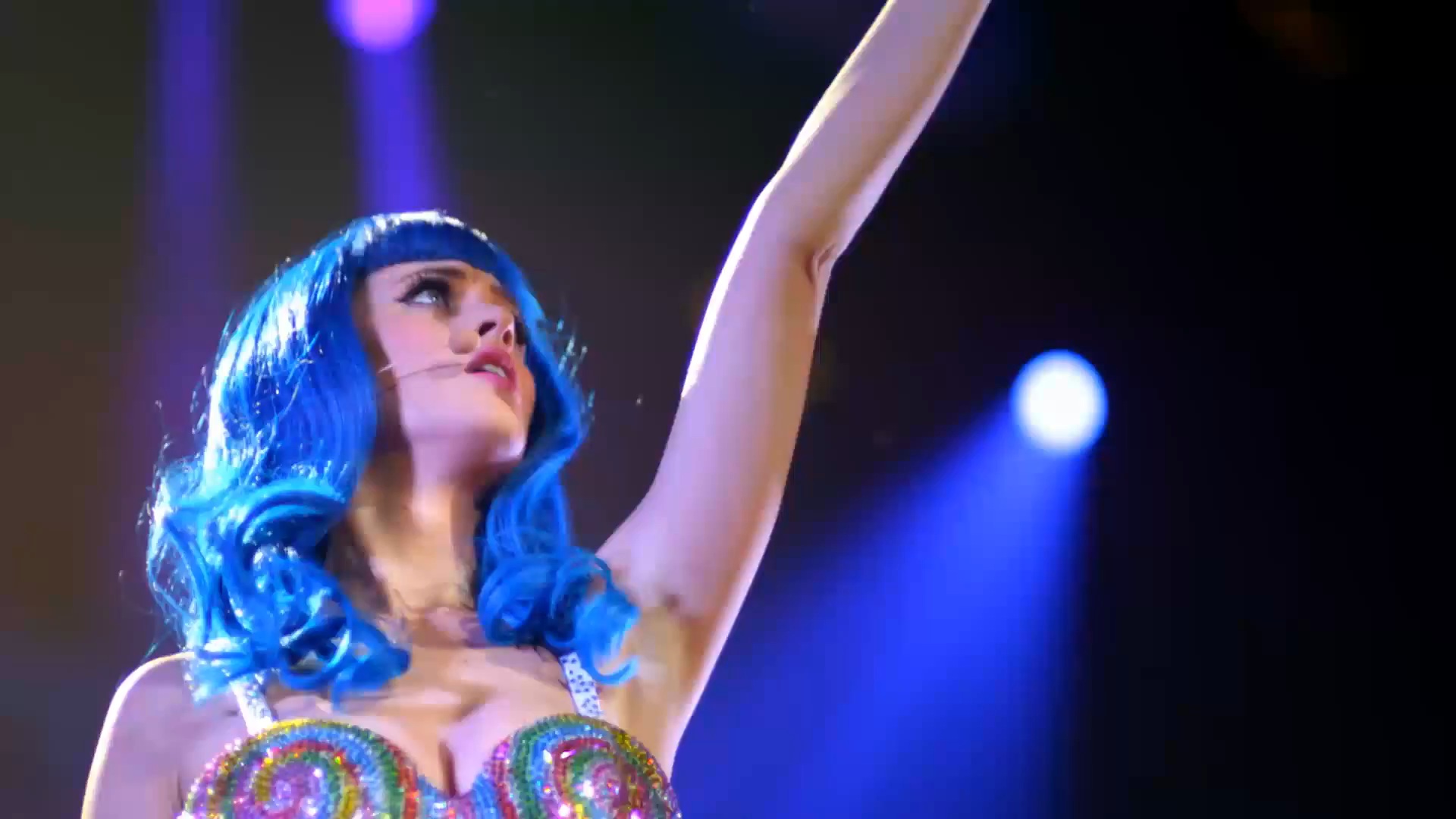 As I stated in my story section, the film uses the musical performances to emphasise a particular point of the film. As you would have gathered after reading the above section, I felt that this worked incredibly well because it was a much more personal affair that was not just Katy telling us how she felt, it was like she was showing and telling us what was happening. Singing is what she does, and by singing the scene to us, it is as though she is including us in that scene.

The Audio is easily one of best parts of this film. Any fan of Katy Perry’s will absolutely love how the audio was utilised throughout.

I have to admit that going into the movie; I didn’t know all that much about Katy Perry’s career other than she made a few songs that I liked and that she was a sexy woman. However, after walking out of the film, I was filled with a much deeper understanding and respect for Katy as a person. She had a dream, a dream that some people might deem a little ego-centric or selfish, and not only did she achieve it with her own merits, she also achieved it and achieved it for other people. 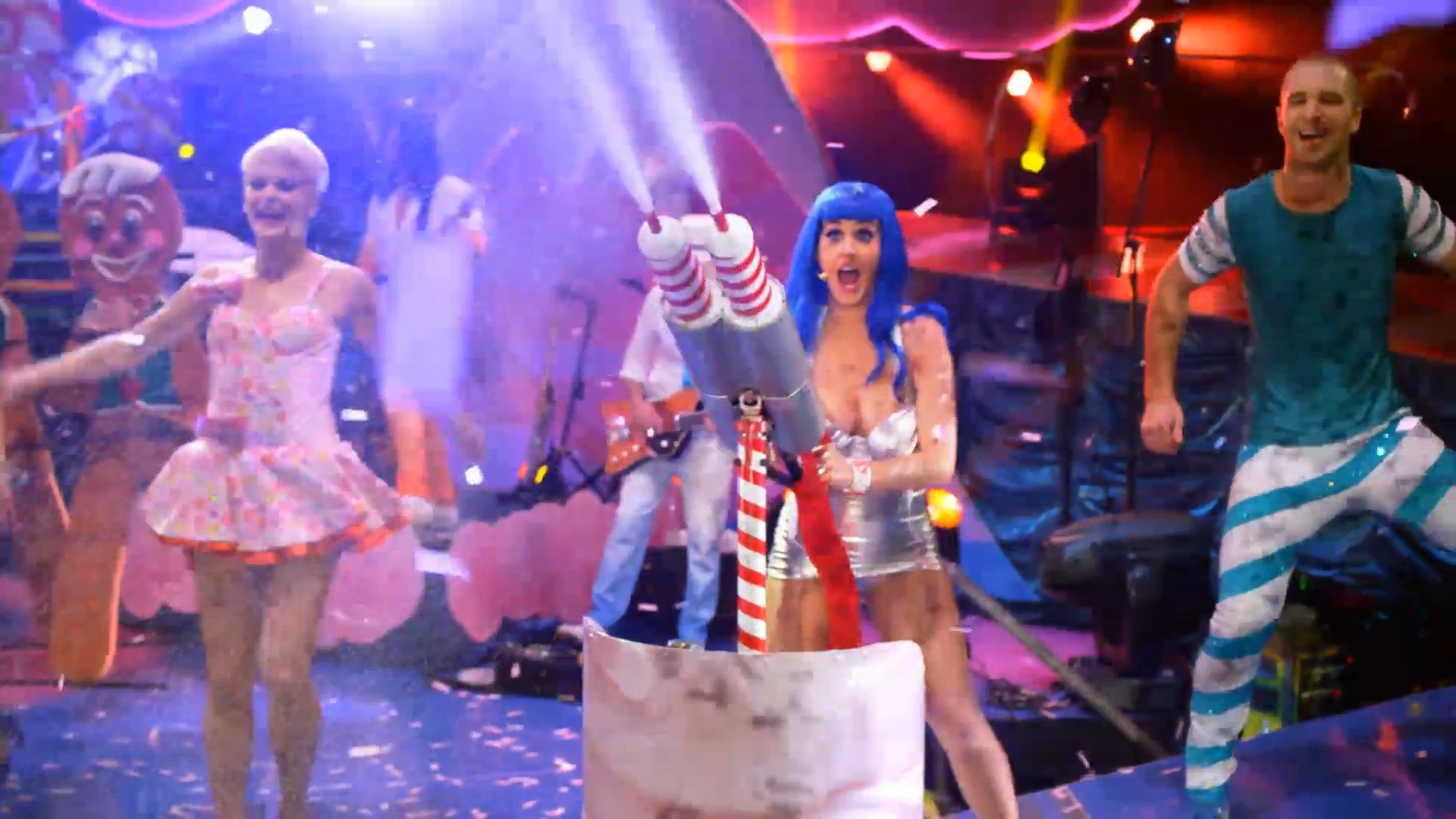 I think this is what I absolutely loved about Katy’s experience, although it was her dream, she was sharing that dream and experience with the world which changed that preconceived selfishness to one of selflessness. Katy is a great woman and this film exemplifies that fact. Now I am not only a fan, but I feel connected to the woman through her connection to herself and her fandom. Katy Perry is an inspiration to me and after seeing this film, you will see why she has become an inspiration to you as well.