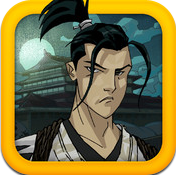 Overview
Karateka was Jordan Mechner’s video game debut in 1984, programmed in his dorm room for the old Apple II. Since then, Mechner has been busy with the Prince of Persia series and writing graphic novels and screenplays. He has returned to his first game Karateka with a modern rhythm based remake. 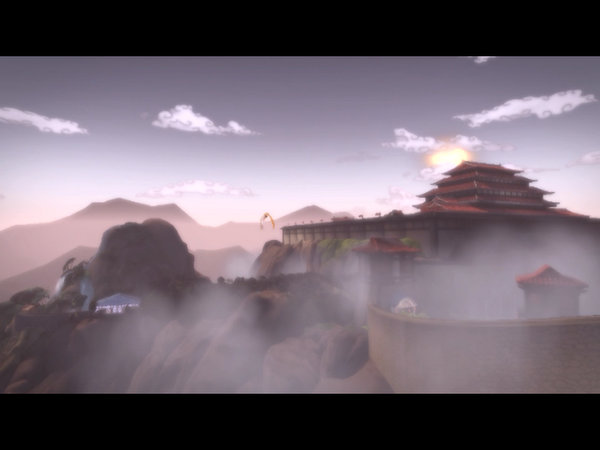 Story
The evil leader Akuma reassumes his role as the ultimate villain, kidnapping Mariko who happens to have the talent of making every straight man in eye sight of her fall madly in love. Three heroes have chosen to step up to rescue the Mariko, Mariko’s One True Love, a monk, and a brute. The story is sparse, focusing more on the action than character development. The story remains true to its predecessor.

Gameplay
Karateka has now become a one touch game. Movement forward is controlled by touching and holding the screen to move forward. The controls are mostly solid, but there where a few times that my player closed in to engage in a battle and the battle UI appeared but the battle did not begin. It turned out my player was actually short a step or two before the fight actually began. There were a few other minor bugs, such as a point in the game where my character would continuously bow instead of moving forward in the fight. This was quickly solved by pausing and continuing the game. Fortunately, all the bugs were not of the game killing type. 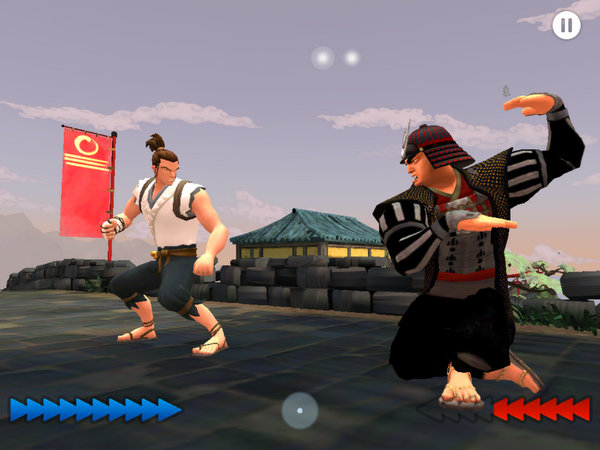 Combat is a counter attack system where the player will have to wait for the enemy to attack then successfully block the last attack at bare minimum then return the attack. In theory, this system could work, but the visual and audio cues are completely hit and miss. The enemy attacks have a variety of different tempos, which would be fine if the cues that came with them were consistent. It would have to be assumed due to the extremely sparse tutorial that the correct time to trigger an attack or block would be when the bubble grows or when the sound of the last hit strikes, unfortunately there are several occasions where the correct time to block certain attacks is after the bubble grows and just as many times where no audio cue is provided for the start of the attack. For a game that advertises itself as a rhythm based game, the lack of consistent rhythmic audio cues is disturbing. 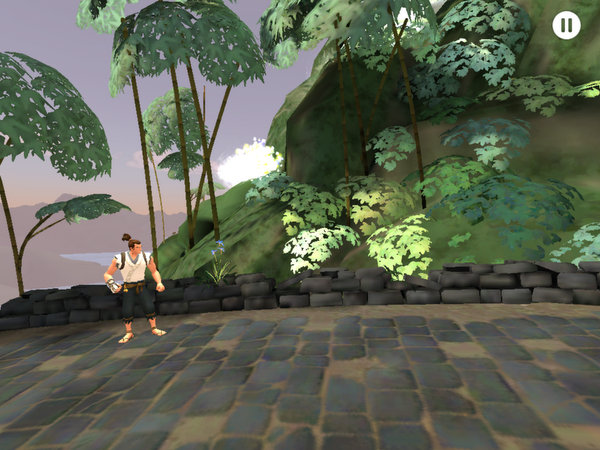 Visuals
The Unreal Developers Kit utilizing Unreal Engine 3 was used for Karateka. The game features bright, cartoony visuals inspired by Disney’s Mulan and Japanese anime. The visuals suffer some minor FPS drops on the iPad 3 here or there with some extremely minor jaggedness. The game seems to be more suited for lower resolutions than the humongous Retina display on the new iPad.
The animation is the star of the Karateka show. The fighters brawl with a mix of Chinese Kung Fu and Japanese Karate. Each of the three heroes fights with a unique style. The animations are smooth and flashy and an absolute pleasure to watch. 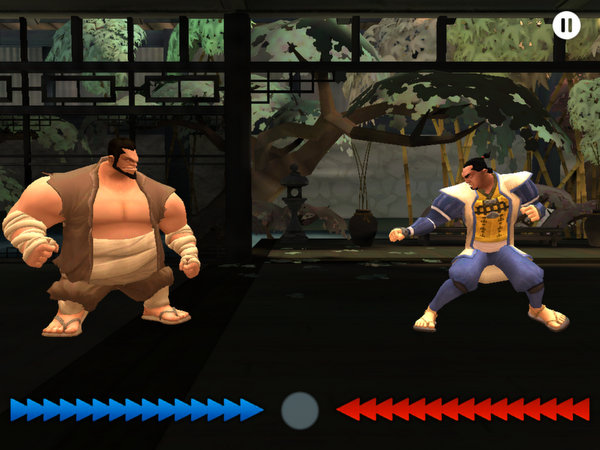 Audio
The sound effects in Karateka are good. There are a variety of pow, whacks, and thuds to keep things interesting. Karateka’s music is composed by Civilization IV’s Grammy winning composer Christopher Tin. The musical score is excellent to listen to, but struggles with the rhythm based fighting mechanics of the game. The rhythm seems to come from the beat of the attack which can only be heard during the attack. Playing Karateka is like playing Dance Dance Revolution with the beat at 30% volume and the only arrows you can see are the ones you’re about to step on. 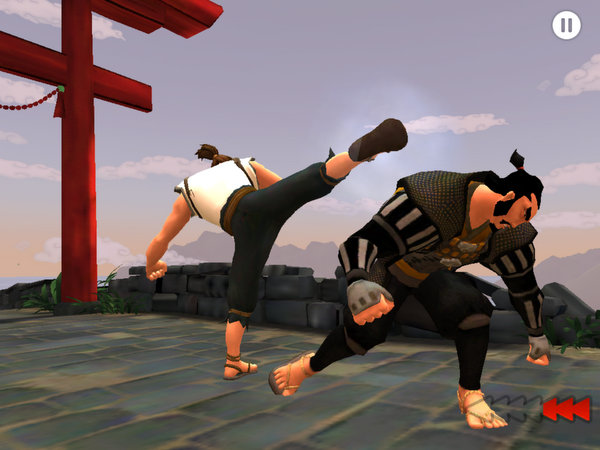 Overall
Considering the game is 45 minutes long per play through and its controls are atrocious, I cannot recommend the game at its full $2.99 price to anyone. Karateka is an excellent example of poor gameplay wrapped up in pretty visuals and nice sounds. You’ll probably want to skip it unless you have fond memories of the original Karateka.