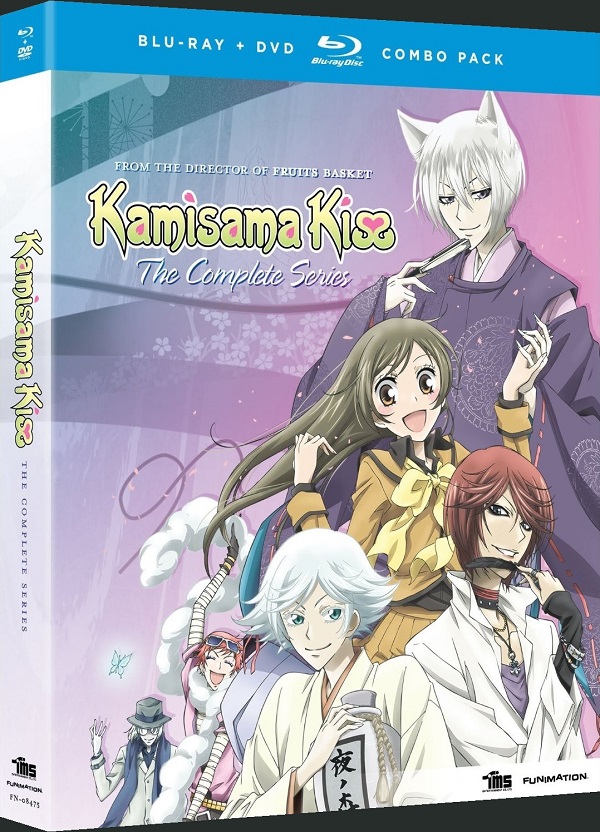 Overview
There are tried and true themes that run rampant in anime and manga, especially in shōnen and shōjo series. When you factor in the fact that many people prefer something familiar while also wanting to see something new at the same time, you also find a number of similarities between other series, even if they don’t fall into the same genre. Anyways, although the appearance of Kamisama Kiss may bring up thoughts of other series starring silver haired animal eared characters, does this shōjo series stand on its own legs?

Story
Nanami Momozono hasn’t had the easiest life as her father has issues with money. However she has managed to get by despite being poor for most of her life but when the series begins Nanami’s life hits rock bottom. Her father has flaked on his gambling debts and she has been evicted from their apartment as part of their payment after he ran away. As such, Nanami is forced to live on the street with no hope, no real talent and no one she can call a close friend. 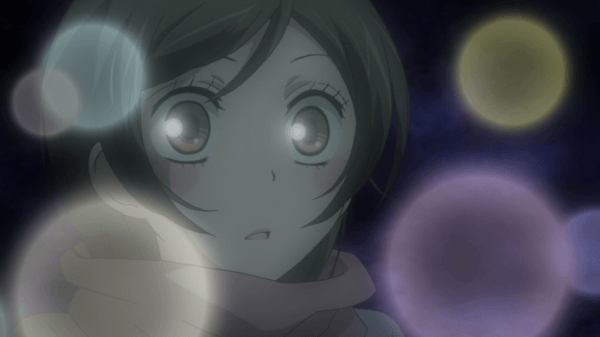 Just when her life was at its darkest point, she saves a mysterious young man from being attacked by a dog. To reward her for her assistance, this young man offers her his home as thanks and kisses her on the forehead. Despite this offer sounding too good to be true, she accepts only to find out that this house is an old shrine that is falling apart. As she regrets getting her hopes up, Nanami is surprised to find out that she has now become a “Land God” thanks to powers she was given by the stranger she helped out.

As such, she is now the god of the shrine and with this new role comes two strange children yōkai willing to assist her and a fox yōkai named Tomoe. You see, the former Land God, Mikage, has been missing for twenty years and now Nanami must take on his role, which leaves the silver haired Tomoe rather annoyed at the fact that not only has Mikage vanished again, but he must now serve a human girl after she forces him into a contract with a kiss.

Now that Nanami is the new Land God, she must deal with not only everyday high school girl life but also yōkai that are trying to obtain her powers, answer prayers, protect the shrine, and deal with Tomoe. Despite these challenges, Nanami tries to keep a positive outlook on life and soon she finds herself gaining new human friends and also meeting new yōkai who are willing to be a bit more than just friendly with her. With the potential for pink flowery romance around her, how will this human god handle her new role? 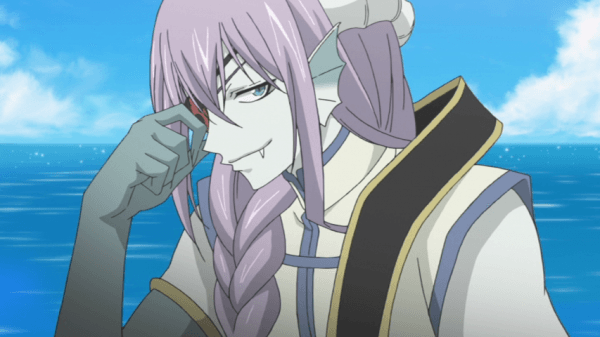 Now I may not be the most experienced shōjo viewer around, Fruits Basket and more recently Kimi ni Todoke have been standout series for me and it is really hard not to call Kamisama Kiss a really basic shōjo romance story. The series does not delve into the reverse harem such as Hakuoki or Fruits Basket, although there is potential there as many of the other male yōkai that appear around Nanami seem to develop feelings for her.

Now despite being basic at its core, there are a few things that make Kamisama Kiss stand out from the rest of the shōjo crowd outside of the yōkai flavor added into the mix. The first element is the fact that Nanami is a likable character with a determined personality that tries to improve herself and is always moving forward. Rarely will Nanami be a reactionary character as she usually will try to take the initiative which forces Tomoe to follow along and protect her.

Along those same lines, the relationship that is built between Nanami and Tomoe is enjoyable to watch as the story moves at a fairly brisk pace and their feelings for one another do not appear out of nowhere, as it is clear as the episodes go on that Tomoe starts to develop feelings for Nanami. Even if he is in denial about it until the final episode, the evidence for Tomoe’s feelings begins to mount as he struggles internally with his decision. 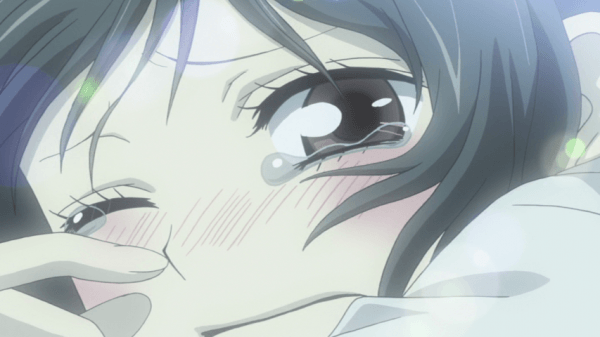 Another positive aspect about Kamisama Kiss is the amount, and variety, of the humor on display thanks to Tomoe’s grumpy attitude and eagerness to use his transformation and fire abilities on other yōkai and the way that Nanami reacts to almost every outlandish situation she is placed in, as well as the way that both Nanami and Tomoe tend to anger each other. As far as the drama factor goes, the show is mostly bubbly but does try and implement some misunderstandings about Tomoe as well as issues with his past and Nanami’s confidence in herself but almost every attempt at drama feels forced and rather unnecessary.

Visuals
Again while I am not the most versed in romantic shōjo series around, I do know that most of the character designs on display in Kamisama Kiss are as characteristic as they come for a series such as this. The female characters are your standard fare with Nanami being the only real standout while the boys all have the bishie pretty boy look about them. Oddly enough, despite the fact that the whole yōkai aspect is available, we see very few interesting or detailed yōkai designs outside of the small shrine familiars and even they are basic looking. 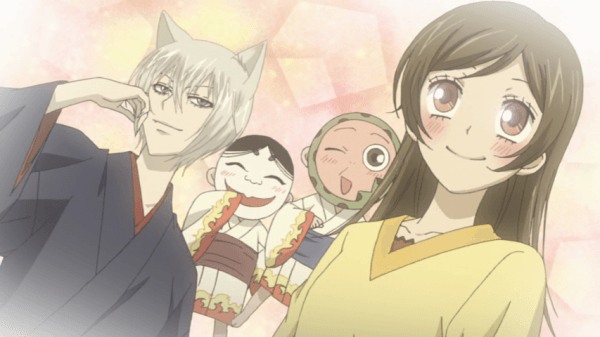 The quality of the animation is a real roller coaster of decent quality to very shoddy looking scenes with very little movement in favor of using the standard glittering shōjo backgrounds. Thankfully these are used relatively sparingly and a lot of the background scenery is impressive looking whenever the series moves away from Nanami’s high school. It is also worth noting that despite the release being on Blu-ray, the series does not take advantage of the improved format in any way and barely looks any better than the DVD version.

Audio
With Kamisama Kiss we have been provided with an English dub recorded by FUNimation as well as the original Japanese voice track. Tia Ballard does a wonderful job as Nanami while J. Michael Tatum handles the role of the moody Tomoe nicely. As for the rest of the cast, they handle their roles nicely though the shrine spirits sound very grating in both voice tracks. 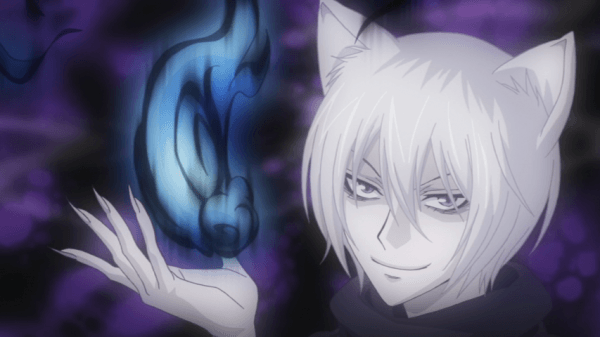 As far as background music, there is your standard shōjo soundtrack which is largely forgettable, but it is humorous that any time a certain yōkai named Kurama appears that he always has a certain theme song to back him up. The opening theme for the show is “Kamisama Hajimemashita” and the ending is “Kamisama Onegai” both by Hanae and both very soft sounding and fitting for a romantic shōjo series such as this.

Extras
Now this Kamisama Kiss version reviewed is the minimalistic release and not the one that costs $129.98. Still, there are a number of on-disc bonuses available in the form of a textless version of the opening song, all versions of the ending theme, though it is worth noting the only difference is the clips shown in the ending animation. There are also trailers for other FUNimation anime and the US trailer for Kamisama Kiss, and three commentary tracks. 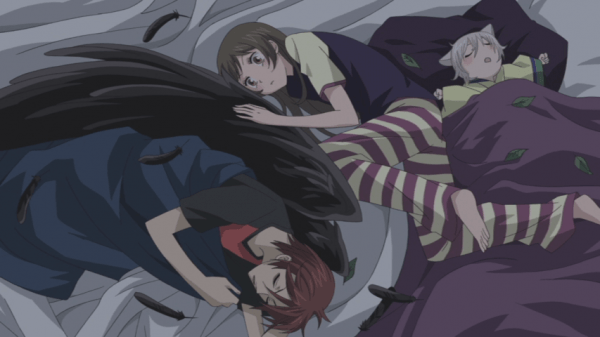 Overall
Although Kamisama Kiss looks and sounds very similar to your standard shōjo romance series, there are a few elements which help it stand out from your basic shōjo anime. The fact that the romance between Nanami and Tomoe actually begins to develop at a believable rate and doesn’t feel forced is a nice touch, especially when you factor in the amount of comedy that the show provides. Kamisama Kiss moves along at a nice pace and is a charming show that shōjo fans will adore while it’s on, but not come back to.