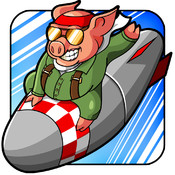 Overview
War, huh, yeah. What is it good for? Making iOS games. Uh-huh. Join a battalion of swine as they wage war on…other swine. Let chaos reign as you begin and end battles in one fell swoop. 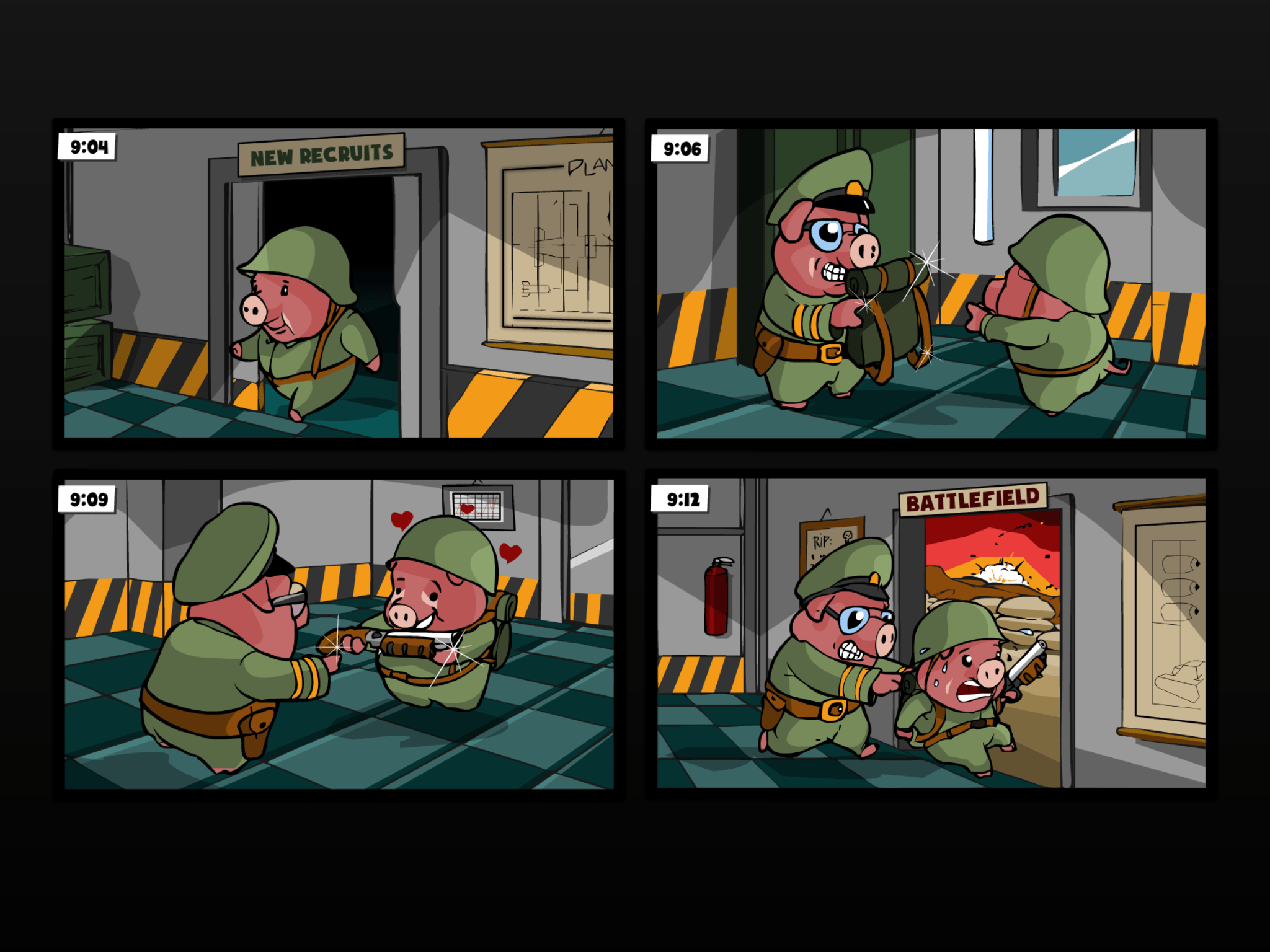 First days can be rough buddy

Story
Beginning at the end, we are thrown headfirst into the raging conflict and the final battle of the war. One tap, explosions rage and we are thrown back 300 days. We are then shown the gruelling taining program required for pig soldiers…via a four panel comic. Over the course of 8 minutes, random soldier #1 is given equipment and pushed into battle. The beginning of another Kamikaze Pig.

Gameplay
Point and click destruction pretty much sums up the play style of Kamikaze Pigs. Tapping the screen brings up a circle in which things explode. If a pig is unfortunate enough to be damaged, they begin a chain reaction of chaos. The more strategic the original strike, the longer the Rube Goldberg of death will run and more enemies will be caught in the aftermath. 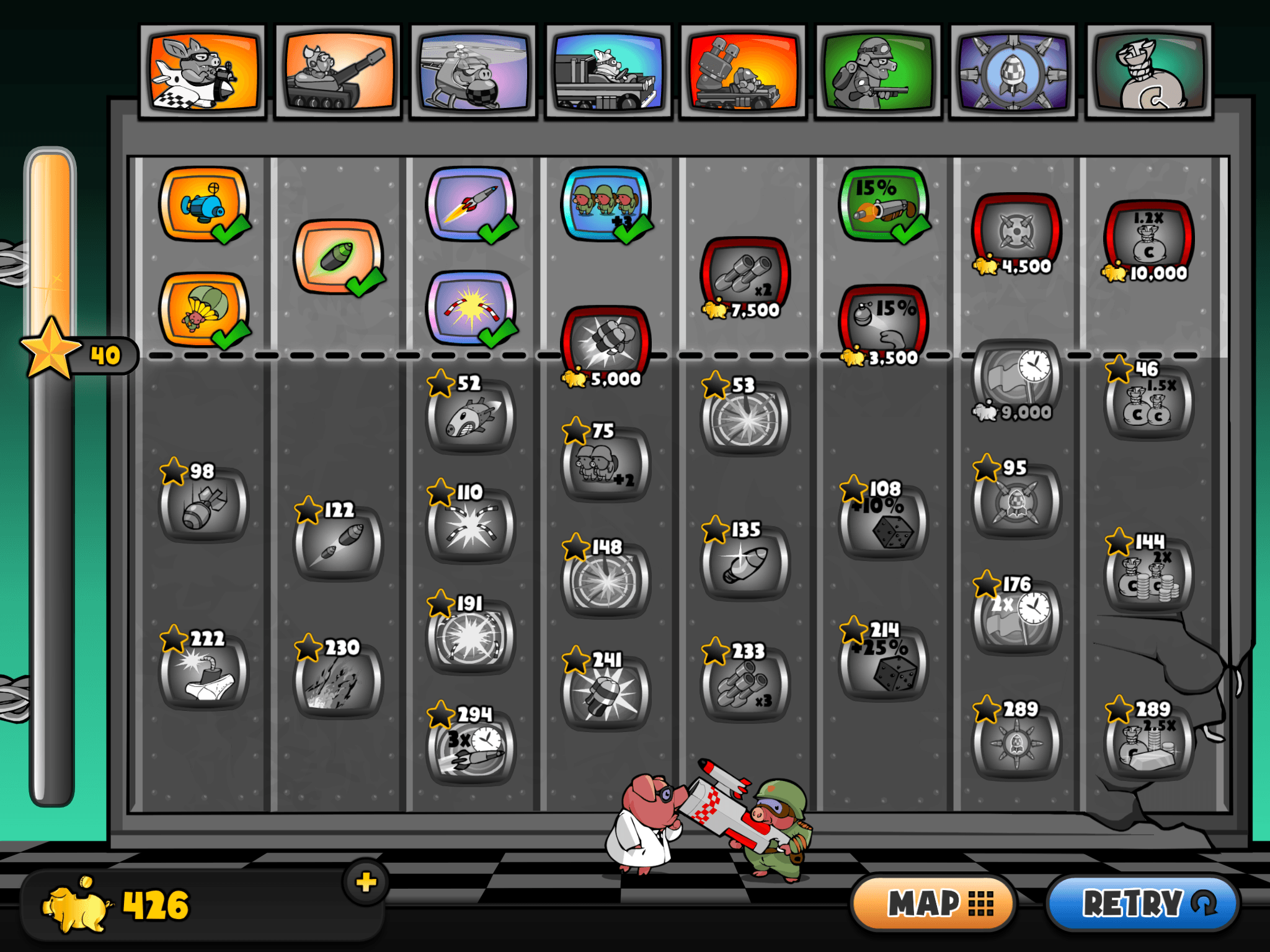 Cast your cash before swine

There is a total of 5 areas shown in the overworld and at the end of each lies a boss. Unlike the regular pork based enemies, these beings are large and immobile. They are still susceptible to a rain of shrapnel though, so destroy away. Also within each area is a secret level, gained by acquiring enough stars. Each level features a star ranking system and better performance garners more stars. Some stars are located within the level themselves, requiring you to damage them in order for them to count to the total. Others stars are linked to the number of remaining enemies, the less that survive, the higher the score. These stars are also connected to the upgrade system. Upgrades are slowly unlocked as stars are collected, with the more powerful ones requiring upwards of 100 stars.

In order to ramp up the damage, upgrades exist to strengthen your troops. Playing through levels nets you money which can be used to buy new powers. These range from target seeking missiles, to poorly calibrated jetpacks. Upgrades are divided into 8 columns, applying to the 6 different types of pigs, the pointer itself and money gain. The more upgrades bought, the more chaotic and arguably easier each level becomes. A special line of one use upgrades are also available in Survival Mode, giving you an advantage over the horde of enemies. 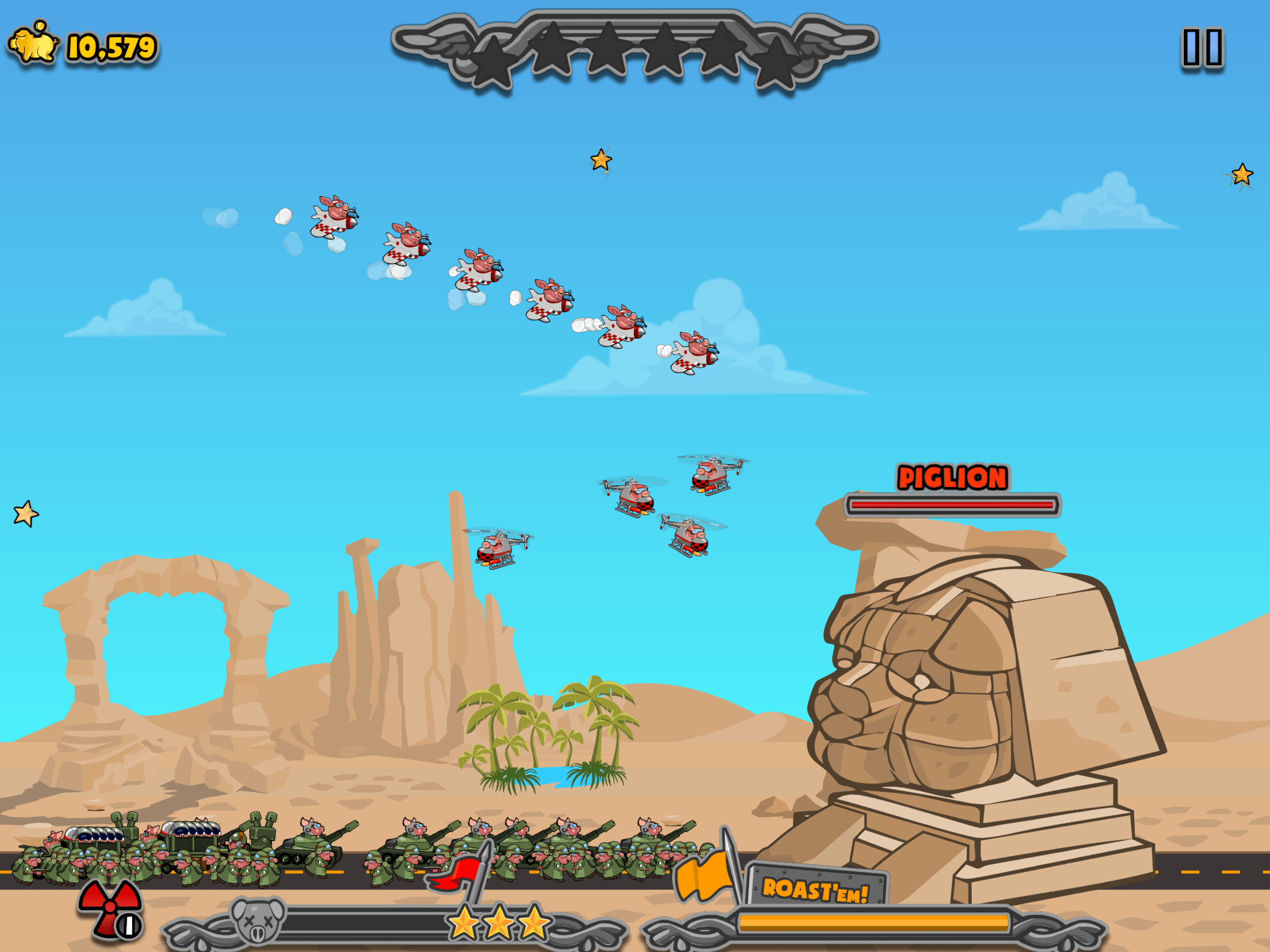 Cry Havoc! And let slip the hogs of war!

Visuals and Audio
The game has very clean, simplistic designs with a cartoon-like style. Pigs patrol the sky in pint sized planes and helicopters and walk the ground in military uniforms. The backgrounds are picturesque and their lack of intricacy means that they do not distract from the foreground destruction. Explosions occur in a typically comic book style, complete with visual effects such as “Boom!” and “Snrrt!”. Classic sound effects.

A majority of the soundtrack for the game consists of trumpets. These add a sense of drama, and further humour, to the cartoon combat. Though depending on how well you’re proceeding, this may be contested by the sound of numerous explosions and the gunfire of crashing planes. This theme continues on the victory and surrender screen, where very emotive trumpets convey the result of you battle. 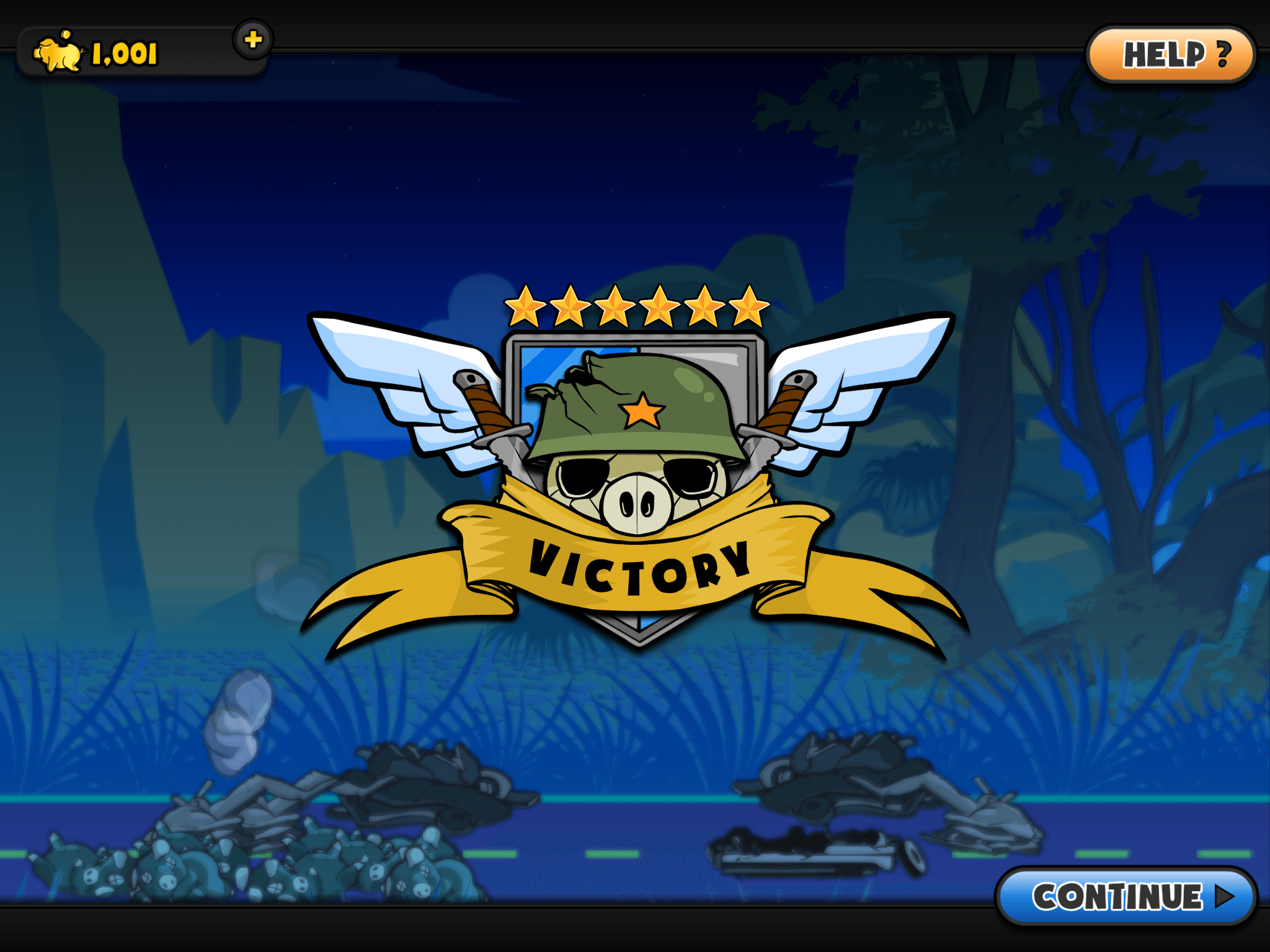 Overall
Kamikaze Pigs is a fun game. Though each level generally involves tapping the screen once, it is undeniably entertaining to watch the chaos and destruction you caused. The levels are short enough, a few seconds actually, that replaying them for stars and money isn’t a real chore. Which is good, because the less upgrades you have, the more frustrated you will become. All in all, a quick fire game of explosions, fun and swine.