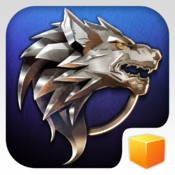 Joe Dever’s Lone Wolf: Forest Hunt is the second act in the Joe Dever’s Lone Wolf mobile series, developed by Forge Reply and published by Bulkypix. Released five month ago, Blood on the Snow won “Best Italian Indie Game” and “Best Game Design” at the 2014 Drago D’oro Awards, also receiving a very favourable critical response, ours included. Act 2 is finally here, and addresses some gripes with the first, while furthering the story, adding new gameplay elements and tightening up the overall package. 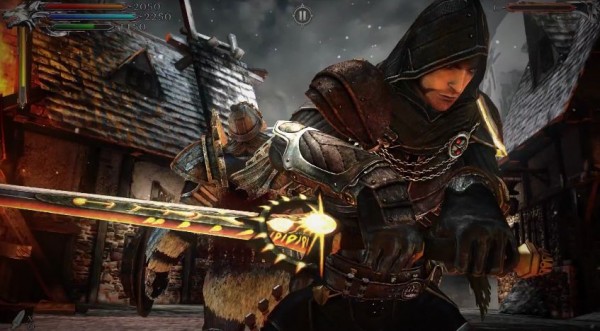 Forest Hunt continues to follow the Lone Wolf through his quest to uncover the truth behind the attack on Rockstaarn, which was perpetrated at the outset of Blood on the Snow. Act 2 sees the Kai Lord journeying through the Sunken Forest with Leandra Redalion, whom readers will be familiar with from Act 1. Their tumultuous and challenging partnership – if you can refer to it as such – is explored and tested much more significantly in Forest Hunt. Along with her father Ien, who is introduced early on as the victim of a Giak kidnapping and torture, Leandra becomes an increasingly important figure in the plot. Being a family of inventors, their knowledge is valuable, and should their works be acquired by the Darklords of Helgedad, the lands of Magnamund would surely be in grave peril. The ante is therefore raised with even more cause to the Lone Wolf’s journey, which sets him on a trail to the dark tower V’taag. Much like Blood on the Snow, there are non-linear paths to take, though the primary story beats stay the same. 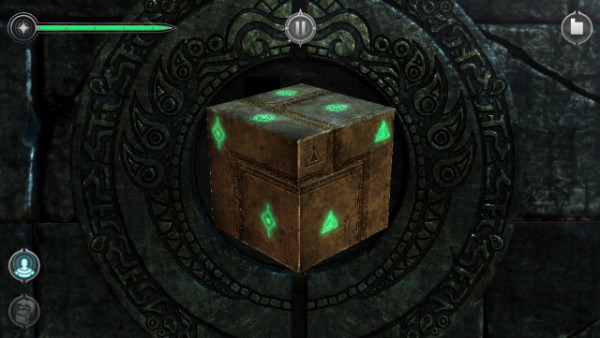 Following on from the note on non-linearity, there are optional locations that yield loot and enrich backstory should you choose to examine them, treated almost like side-missions. The one big mandatory choice the player must make concerns the final approach leading into the last chapter which, again, simply gives an alternative route to a written-in-stone endgame. However, depending on your chosen track, the gameplay encounters do differ. In regards to what has changed gameplay-wise, meditation can only be engaged at merchants (for a price) and during specified opportunities. Multiple combat difficulty levels should now alleviate any serious grievances with the battle system, which is now more dynamic thanks to extra status effects (positive and negative) and the intimidating inclusion of the Gourgaz, an enormous bi-pedal lizard warrior boasting high damage attacks, substantial HP and the ability to enhance its vile allies with powerful buffs. The other new gameplay element is the Shianti Cube puzzles, which are relatively simple, involving rotational and push-pull mechanics that allow you to attempt to shape the cube to fit in a door mold. Due to its volatile nature, a timer is placed on the puzzles, of which there are unfortunately only two in the entire act. 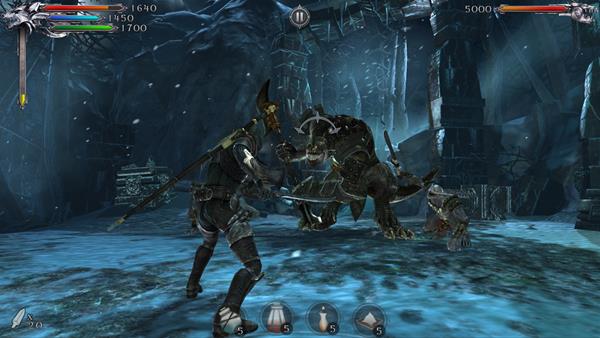 Forest Hunt retains the trademark aesthetic and soundscape established in Blood on the Snow. Something gamers may not even notice are the options to change text font, display damage and change language in the main options menu. New environments carry a familiar visual tone, whilst looking and feeling like entirely new areas in regards to its features; this time around, the mines, caves and various Giak/Drakkarim camps present an even gloomier world as players delve deeper into enemy territory. At first glance, there seems to be a slightly higher level of fidelity to the graphics, with character models in particular looking more detailed. Musically, the effective original soundtrack collaborated on with 93 Steps used in Act 1 can be heard again throughout. 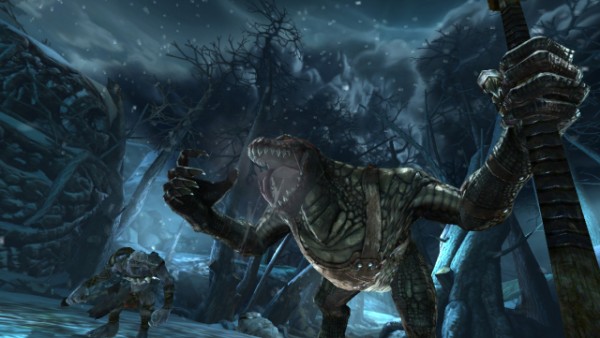 Forest Hunt takes what was done in Blood on the Snow and reiterates on it, refining and improving in virtually all aspects of the experience. All things considered, these may only be slight improvements, but Blood on the Snow was already a great initial entry to begin with. The most notable change here in Act 2 is the addition of three combat difficulty settings, as the ridiculously tough nature of some of the battles in Act 1 was a source of frustration for many. The addition of the formidable Gourgaz to the line-up of adversaries brings another layer of depth to battles, providing new, positive buffs to its comrades. The Shianti Cube puzzles are another welcome, although disappointingly scarce addition. The replay-ability is still there, with your chosen abilities and attributes dictating possible avenues for resolution and offensive strategy. For those who started with Blood on the Snow, there is absolutely no reason to stop now; Forge Reply have got a fantastic mobile series on their hands. Personally, Act 3 can’t come soon enough. 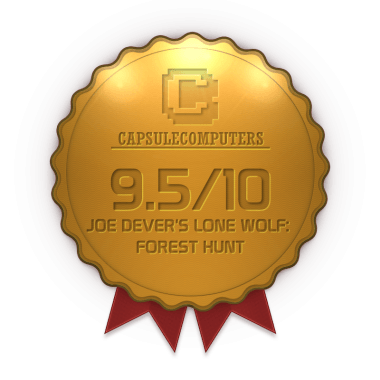