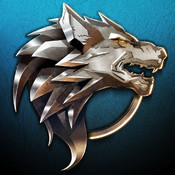 Joe Dever’s Lone Wolf: Blood on the Snow is a mobile title based upon the Lone Wolf series of gamebooks written by British fantasy author and game designer Joe Dever. Since first publication in 1984, the series has sold over 9 million copies worldwide, and although publication ceased in 1998, fans kept it alive by converting (with permission) the books to HTML format, sparking a renewed interest from the international community and Mongoose Publishing. In 2009, Convergence Entertainment secured the film rights to the IP, and Joe Dever himself, along with developer Forge Reply and publisher Bulkypix, have now brought us Joe Dever’s Lone Wolf the video game.

“You are the Lone Wolf – the last of the Kai Lords and sole survivor of a massacre that destroyed your elite warrior order”. Our fable begins as the Lone Wolf makes his way through a snowy, narrow mountain pass in the territory of which he is Fryearl. Disturbing reports of Giak invaders in the mining town of Rockstarn have drawn his attention. Once he arrives, he finds the entire township up in smoke, with few buildings left standing. His objectives become clear to him: find out exactly what happened here, rescue those in need, ensure the protection of any survivors and, if need be, get revenge on the raiding party responsible. 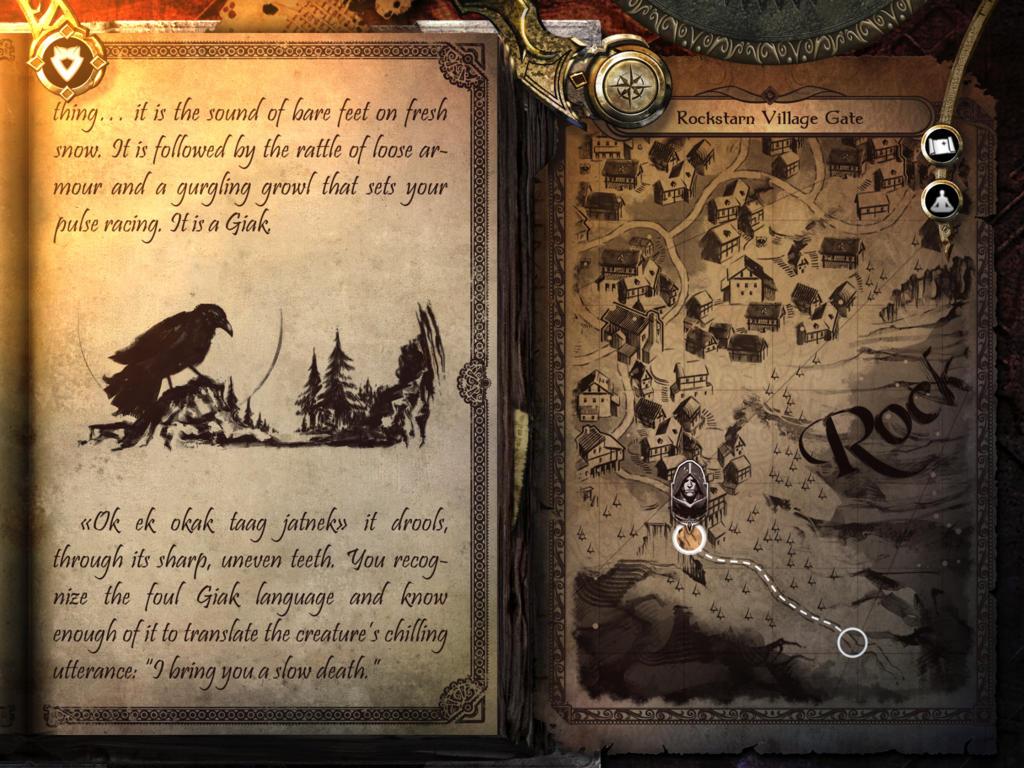 Along the way to completing these tasks, the Lone Wolf meets a fierce woman named Leandra, who plays an integral role in this journey. Depending on their choices, the player can learn about the history of this place, its locals, the enemy forces and more, adding to the Codex accessible in-game. Paths split at certain points as navigational decisions need to be made on the map. Choosing between the established “right or left” choke-points result in decidedly different gameplay/narrative encounters, but the smaller, more frequent decision-making moments – where you are given options dependant on your initial attribute/ability customisation – seem to more often than not converge towards the same end result.

When you start a new game, you must pick between a number of traits and skills, including those that determine what kind of approaches to various situations will be available to you (e.g. being more apt to use Brute Force, Intuition, etc.), which Kai powers you possess (can range from Animal Kinship to Psionic Abilities) and which weapons you wield. These will alter how you interact with the environment, not only in story-driven moments, but also in combat. The story is told to you as you turn the page using the well-established touch screen gesture, and so there is very little “gameplay” to speak of in the “book screen”. However, there are moments where you can choose to pick a lock, moving into a 3D representation of the process, which is achieved with a simple mechanic, or perform another contextual action – such as climbing a cliff – and a quick-time event is triggered within. 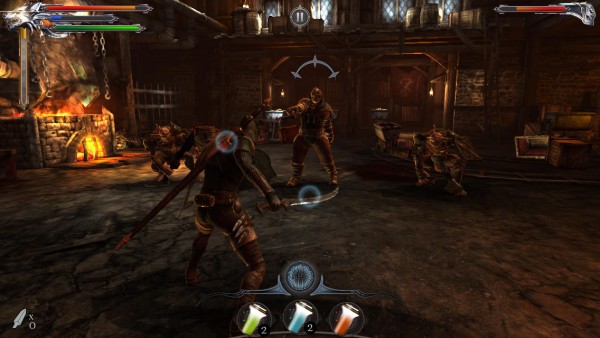 Consumable quickslots show at the bottom, with player health/kai/stamina in the top left. The enemy’s is in the top right.

These quick-time gestures are also the basis for the combat mechanics. When you are confronted with opposition, the game transitions to a 3D battleground for turn-based engagement. A yellow timer bar depletes upwards to represent your time left to make a move. Tapping an enemy puts your focus on them before deciding how to attack. You have five forms of assault: your primary weapon, shield, secondary weapon, the Sommerswerd and your Kai powers. They each have their advantages and effects – using the shield, for instance, puts impetus on the opponent to move and allows you the opportunity to counter with a well timed tap. Executing moves requires a combination of swipes, timed taps, rapid taps and clockwise swirls.

As your enemy’s turn plays out, your stamina automatically recovers. Kai is regained by defeating an opponent or performing a finisher, which pop up from time to time. Consumables can also achieve this, although with a considerable difficulty rate, you’ll want to be conservative with their use. If you die, the death screen presents you four possibilities: restart the battle, quit to the main menu, rewind to the last checkpoint or retry with lesser difficulty, but less reward. To give our readers an idea of how tough and strategy-heavy a battle can be, without the latter option, I would have never beaten the final boss… ever. No question. It’s also smart to remember to organise your inventory in the ‘book screen’ before initiating a fight and take every safe chance to meditate (in ‘map screen’ – refills health/kai/stamina).

Joe Dever’s Lone Wolf: Blood on the Snow is, aptly, visually represented as a magic tome. As you flip through the pages of the book, the cursive text begins to write itself into existence. Peppered throughout the chapters are smaller, static, black and white illustrations, but every now and then, when an important key event occurs in the tale, a whole page is dedicated to a motion comic-like depiction of the scene in question. Other than being great visual supplements to an otherwise wordy (duh!) affair, these also add character and a nice dramatic flair to enhance the story-telling. Outside of book view, graphically, the combat sections are impressive. 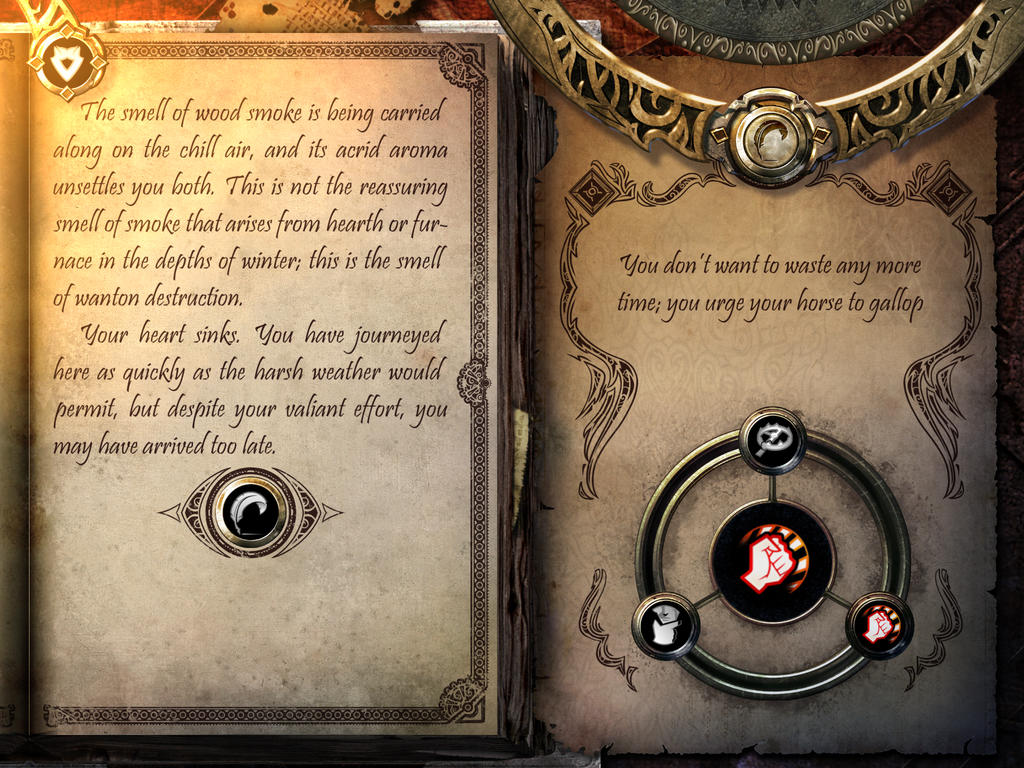 Example of an interaction choice.

Whilst not exactly offering the greatest graphics seen in a mobile title, Joe Dever’s Lone Wolf is nothing to scoff at by any means. Character models are well detailed and defined and the lighting helps effectively convey the darker fantasy feel. The theme-music is well-representative and evocative of its medieval setting, featuring legato horns and strings throughout. The music picks up appropriately in combat with a more menacing tone, fast violin work and thumping drums. The musical treatment fits extremely well. I did discover an inconsistent occurrence whilst multitasking and returning to app where the audio flat-out disappeared, but otherwise the presentational components are bug-free.

Joe Dever’s Lone Wolf: Blood on the Snow retains the spirit of the gamebooks that inspired it. There’s no doubt that longtime fans will be immediately sucked into the story – given that it is classic Dever – although the challenging combat may sully their experience, possibly erring on the frustrating side for some. For others, the challenge of the twitch-style gameplay will be appreciated, and, because of it, this 1st Act can last you 6-7 hours (provided you also read all the text). And considering the replay-ability in starting a new game and choosing different attributes and paths, there’s fair value in its $5.49 price tag. The U.I. elements could have been better communicated and there is a substantial learning curve to the combat, but Joe Dever’s Lone Wolf: Blood on the Snow is the 1st Act of what should be an amazing overall interactive gamebook experience.