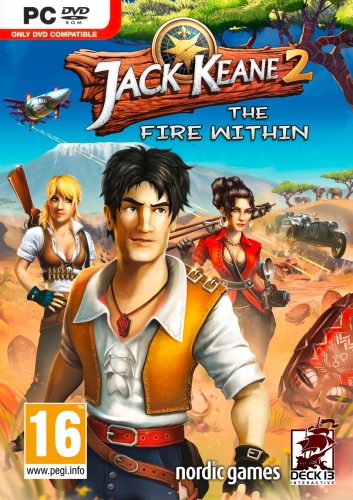 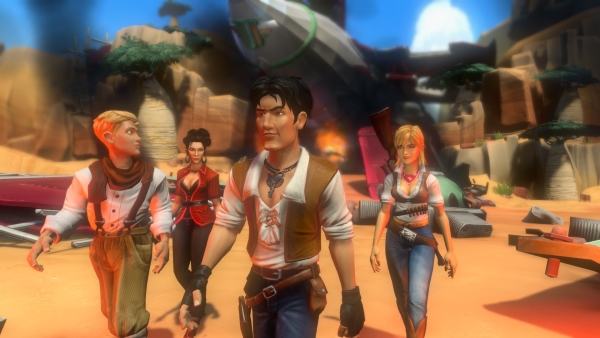 Story
When the game opens, Jack is trapped in an oriental prison. His roommate is an elderly shaman who bestows Jack with the first piece of an amulet and a mind altering trip inside Jack’s own head before passing away. After working his way through the prison, Jack meets up with his love interest, the beautiful tomboy Amanda. What follows is a whirlwind trip around the world to find the other pieces of the mysterious amulet before the rich Mr. Umbati. Jack and friends will have to solve puzzles at every turn and work out their feelings in the process if they’re to have any chance of success!

Gameplay
The point-and-click adventure game genre has been around for nearly as long as video games have been popular. Classics such as LucasArts’ Maniac Mansion and Secret of Monkey Island franchises helped to cement the genre into the landscape of video games forever more. Anyone who has experienced one of those classic games will feel right at home here. 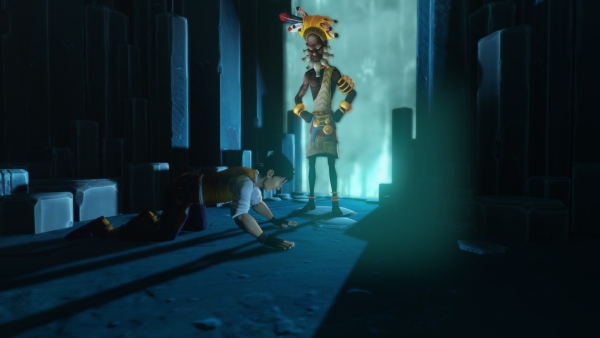 For those new to the genre, the gameplay mechanics are easy enough to follow. You will use the mouse cursor to move your characters around within the environment. You can add objects in the environment to your inventory, examine things in the world for more information, and use your inventory to solve environmental puzzles.  The puzzles are generally pretty well designed, and solving also lets you enjoy watching a scene unfold.

Jack Keane 2 also offers players the ability to move around the environments using the WASD controls on their keyboard, but they’re ultimately a concession that acknowledge the world has progressed beyond the basic tenets of the genre.

One of the most pronounced characteristics of Jack Keane 2 is the way it uses humor to flesh out the world. Like Guybrush Threepwood and others before him, Jack and his companions always have a joke at the ready. Not all of them land, but there are definitely enough funny moments to keep you looking forward to the next. The comedy generally blends into the puzzles as well, often employing absurd solutions to the problems you’ll face. 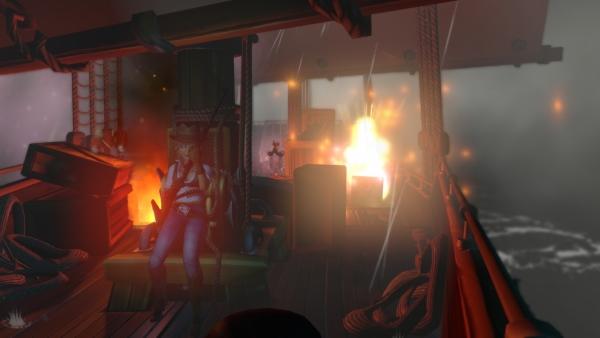 As you play, you’ll quickly realize that Jack and his traveling companions have more than the amulets and sailing around the world on their minds. You’ll get to witness and influence how certain love stories play out. Jack will definitely have his hands full sorting out that mess.

One of the weakest components of the game is its hand-to-hand combat sequences. These typically consist of seeing your enemies first attack, using a specific “stance” to avoid the attack, and then countering with an attack of your own. Though this fits in the line of it being a puzzle-solving game, it lacks any real sense of impact and presents itself as another obstacle to conquer. The combat does employ a slow-motion aspect that lends some redemption to the combat, but it gets old after a while.

Though the point-and-click gameplay is fantastic, the game is not without a few annoyances. Misusing items in the pursuit of solving a puzzle will lead you to hear the same phrase voiced by actors over and over again. This could lead you resenting  those voiced lines. Character pathing also seems to hang up more than occasionally, which can be a real problem if you’re clicking an item on the other side of the screen. 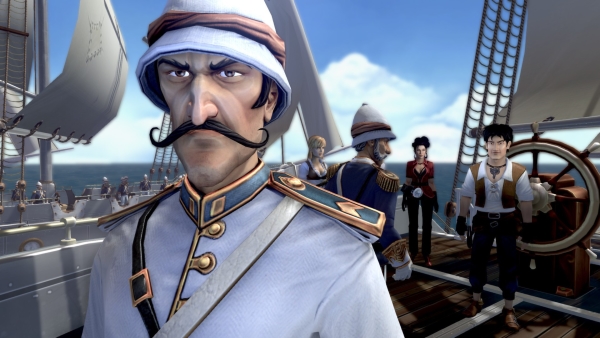 Game glitches also still rear their ugly heads on occasion. Realizing seven or eight steps into a puzzle the item you need won’t register with your mouse click is pretty frustrating, especially since you’ll likely have to reload before you picked up that item and work through the puzzle again.

Visuals & Audio
Jack Keane 2: The Fire Within is a fantastic looking game. The environments are rich and colorful, helping each location feel unique and alive. The color palette and art style lend the game a light-hearted ambiance. This makes the game feel like it takes place in a comic book or Saturday morning cartoon, where humor is expected and whimsy runs free. Thanks to the graphic design, characters and environments  feel vibrant and alive.

The audio design in Jack Keane 2 is nothing spectacular. It’s not bad, but it won’t win any awards either. The voice over work in Jack Keane 2 is decent. Most of the complaint can placed on the script, which is set up to be campy to begin with. It doesn’t help that you may sometimes hear the same phrase several times while working through a puzzle, too. Apart from that, it’s not bad, which is considerable since there’s so much of it in the game. 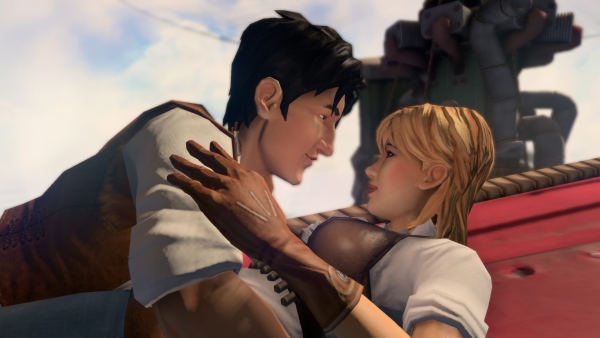 The music is upbeat and entertaining. Most of what will stick with you are lighthearted tunes that never feel unwelcome, even if they occasionally feel out of place. I can only imagine this works so well because it’s a good way to offset some of the frustration you’ll experience when working through some of the game’s harder puzzles or bugged encounters.

Overall
Overall, Jack Keane 2: The Fire Within is a great adventure game. If you can work past the occasional glitch or repetitive phrase, the game has a lot to offer. The characters and environment are vibrant and inviting, the puzzles are clever and fun to solve, and the story is entertaining as well. The comedy never feels forced and you’ll get a few chuckles along the way too. On top of that, the game looks great and the music is catchy and upbeat. If you’re a fan of adventure games, you should definitely take the time to go on an adventure with Jack Keane and his companions.